What happens when, as we age, the passions that drive our lives can no longer be pursued? Or when perfection in those passions can no longer be attained? A new film by first-time director Dustin Hoffman, explores those questions and comes up with some thoughtful – and ultimately hopeful – answers.

It is said that there are twelve stories. The longer the film industry keeps churning, the less it seems there is to say. It is true that we are familiar with most narratives by now; globalisation, the existence of the internet, and the proliferation of mainstream media mean that we are more aware of each other and our stories than ever before, and most imaginable situations have already been explored on film. Narrative is old.

This holds doubly true for Quartet, with its cast almost exclusively comprised of elderly actors and singers. Set in a retirement home for aging musical performers, a new arrival moves in: Jean Horton, a world-renowned opera singer (Maggie Smith). The other three members of the quartet in which she used to sing (Billy Connolly, Tom Courtenay, and Pauline Collins) must try to convince her to sing with them again in a fundraising event to raise money for the home, in spite of the terrible end of her brief marriage to Reginald (Courtenay) years before. 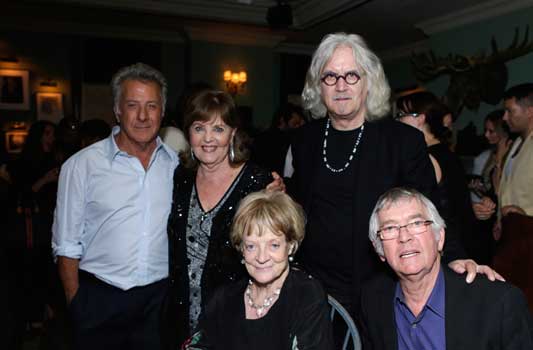 None of the events in this film are surprising; the plot is entirely predictable. Yet most film stories are predictable now; virtually every incarnation of the romantic comedy-drama genre follows similar patterns. Presumably this is something with which every director must make his peace and accept that the art is now in the execution, in the variation on a theme. In this, the film is a masterful success. Instead of trying to focus the novelty on the plot, the time and care have been put into a gloriously comic, touching script, into the cinematography, into the casting, and of course, into the music. 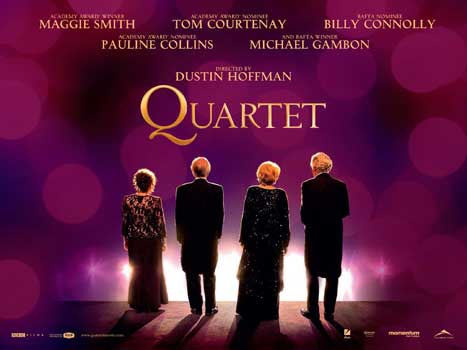 It is the setting, in particular, that makes this film surprising. Ageing is a variety of taboo in Western society. The realities of getting old are a comfortable prospect for no-one, particularly in a depressingly superficial, image-obsessed culture, in which Youth is Queen, we are her courtiers, and anti-ageing products are her offerings. Admittedly, this portrayal of OAP life is sanitised. We are not shown the extremes of physical and mental degeneration in old age; there are no bed pans, or cases of severe dementia. But while the setting is in a home for the elderly, this film is not about the visceral realities of ageing; it is about the cost of living. This film is about passion. 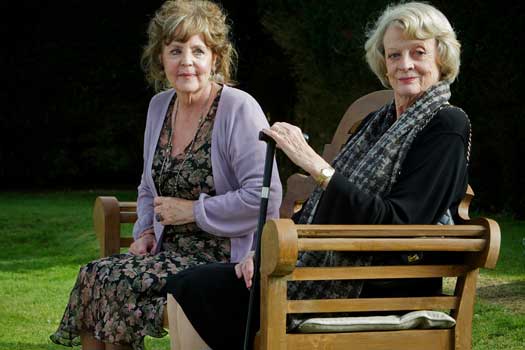 I once asked an older (but by no means elderly) friend of mine – an actor, out of work at the time – why he didn’t do something else. He was mortally offended. “Do something else? What a stupid question!” I did not understand at the time why he was so upset, but have since reached the conclusion that this is a question of passion. What is passion? How do you find it? How do you become successful at it? What is success? The reason I did not understand my friend’s reaction, and his commitment to an art at which in my perception he was not succeeding, was because I do not have a passion. I am a “dabbler”. I have multiple projects going at a time, multiple skills at which I succeed but at which, in general, I do not excel. People with a single passion are a different breed; that passion suffuses and consumes them, and it must be pursued. The relationship between cost and benefit is quite different to people with passion, as if the words “cost” and “benefit” have taken on new values. Writers carry on writing, making money how they can, until they can support themselves by writing. The same with actors; the same with musicians. My sister, a musician herself, heard the “Do something else” story and said “I understand. If anyone said that to me, I’d punch them in the face.” I wonder sometimes whether one way is better than the other. Am I better or worse off because I do not have a passion? Or is it simply a different way of living? 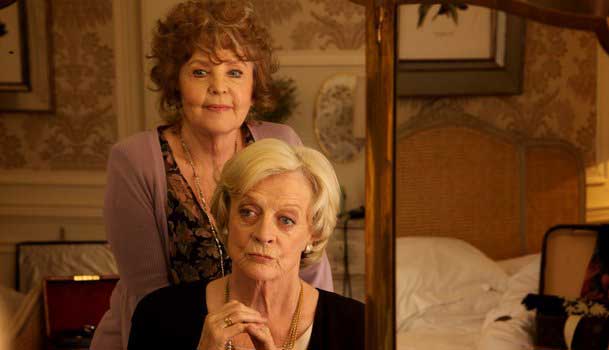 To follow a passion is to open oneself to vulnerability. The stakes are higher; the investment is greater, thus the cost of failure is greater. The question of passion is both in the text and in the subtext of Quartet. Jean Horton (Smith) is an opera singer who no longer sings because she is oppressed by her own success. She is unable to stand the pressure of having to out-perform not others, but herself. This is a perfect illustration of one of the realities of age and presents not in the visceral failures of everyday tasks, but the failure of the body and mind to keep up with passion – a passion for which she has sacrificed everything. 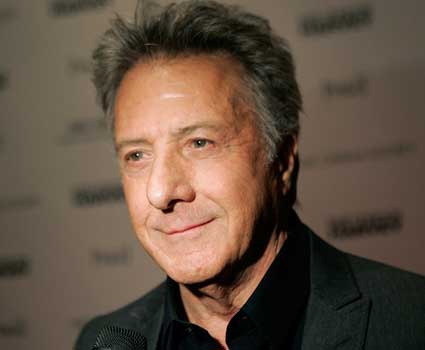 The performances are superlative, and the cast is exceedingly well-balanced. Despite the unreality of the plot, something unexpected, immediate, and very real jumps from the screen. We find it in Jean’s elderly, insecure mutterings in the car; in the sharp tones that cover her vulnerability. We find it in Wilf’s (Connolly) shamelessness and love of plum jam. We find it in Reginald’s (Courtenay) awkward but eager connection with the young teenagers whom he teaches about opera; we find it in his hurt pride and long-nurtured love. We find it in Cissy’s (Collins) scatterbrain and in her sweet innocence – an innocence not conferred by age and senility, but by nature. Billy Connolly and Michael Gambon take on most of the comedy with seasoned hands, but Connolly does not lack for touching charm and seriousness when the moment calls for it.
The colours are warm, the living conditions idealistic, and the music is rich and varied in the soundtrack, providing a comforting, padded, humorous environment in which to explore some uncomfortable topics. Altogether, it proves a fine debut for Dustin Hoffman as a director, and the film benefits greatly from having an experienced actor at the helm. 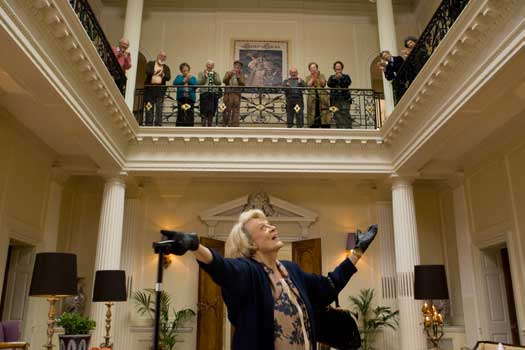 And this is a film about Dustin Hoffman as much as it is about the characters. Hoffman is known for being driven, for being committed, and for having passion – yet it is clear from many of his more recent interviews that he understands now more than ever before that passion comes with sacrifice. Passion is one of the most creative forces in the world, and it is a double-edged sword. For when we pursue something relentlessly, we must give up other things along the way – often valuable things like human connection. When we invest so much in passion, we embrace perfectionism because of the high cost of failure. Brené Brown, the shame researcher made famous by her speeches at the TED conferences, tells us, “Perfectionism is not about achievement and growth…. Most perfectionists grew up being praised for achievement and performance in our grades, manners and appearance. Somewhere along the way, we adopted this dangerous and debilitating belief system: I am what I accomplish and how well I accomplish it. A ticker tape began to stream through our heads: Please. Perform. Perfect.” There is no area in which this is more prevalent than in the performing arts, and in Quartet Jean’s fear of not living up to the expectations of her audience is heartbreakingly relevant to a society where everyday life is rife with perfectionism, insecurity, and shame.

This is an extremely appropriate first film for Hoffman as a director. It mirrors Hoffman’s own evolution and his own eventual acceptance of his own limitations – an acceptance which, far from damaging his career, has in fact clearly freed him to be creative. In showing us this freedom, both in the film as Jean lets go of her fear of failure and in Hoffman’s reality, he gives the question, “What happens when we can no longer pursue perfection?”, a charming, funny, and honest answer.