“Are those your prison tattoos?” Shaun asked with a cheek, and I had a moment of panic.

“They won’t show,” he reassured me right away.

The rolled up sleeves of the orange shirt I was wearing were just about covering the ink, the 1960s polyester material quite thin. Standing behind the all-night caf counter, I had my actor’s hat on, a day of filming in Oxford.

“What are they?” Shaun, the lead of the show, asked.

“One is a Hunter S. Thomson quote,” I replied. “‘It never got weird enough for me,’ and the other a railway noir collage, a couple of trains, smoke, train tracks, a figure hiding in the shadows and the words ‘Off the Beaten Track.’” “You like trains?” Shaun enquired.

The cameras were all set. We had to shoot the scene.

I love trains. I had the railway tattoo done when I was writing my first novel, Transbalkan. A mosaic of stories revealing the fragmented nature of the Balkans’ political history and social mobility, the novel’s backbone was the train journey of its main character from London to Athens and was named after the line that used to connect Budapest to Thessaloniki. The line doesn’t exist anymore. It was introduced during the Yugoslavian civil war to accommodate access to the Mediterranean through Romania and Bulgaria and it was discontinued shortly after I took it in 2007.

It was a Soviet style, stark and slow train that left the Keleti station in Budapest, crossed the Danube, travelled through the melancholy fields of Romania, reached the great river again at the border with Bulgaria and meandered Bulgaria’s green hills until it reached my home country and the port city of Thessaloniki. Equipped with Mark Mazower’s The Balkans, Misha Glenny’s The Balkans: Nationalism, War, and the Great Powers, 1804-1999 and food I was hoping would last for three days and four nights, I let time slow down and watched the world go by alone in the carriage with an ancient conductor that never said a word.

The crew was setting up for the next scene. A round of coffees came by. Shaun and I discussed our common interest in train travelling. Of course it’s greener than flying, we agreed, but it also provides you with a sense of distance. The time necessary to reach your destination at slower speed gives you a chance to absorb the landscape and its variations, experience the weather changing. Shaun had travelled by train around Italy for a while and had taken the boat from Brindisi to Greece.

At 19 years old, I confessed, returning home from a month of inter-railing, I had found myself walking the streets of Brindisi, Jack Kerouac’s On the Road in hand, my stomach empty, no money left, wasting hours until my boat departed for Patras. I kept following signs that read Senso Unico, guessing that Senso had something to do with the senses, some attraction perhaps, and Unico obviously unique. The signs led me nowhere, the chase was futile, but the time passed. I boarded the boat and after a stormy night woke up in a spectacular calm, Corfu sparkling in the light of the dawn. A few days later, an Italian friend of mine in Athens informed me that Senso Unico meant One Way, and we burst out laughing. 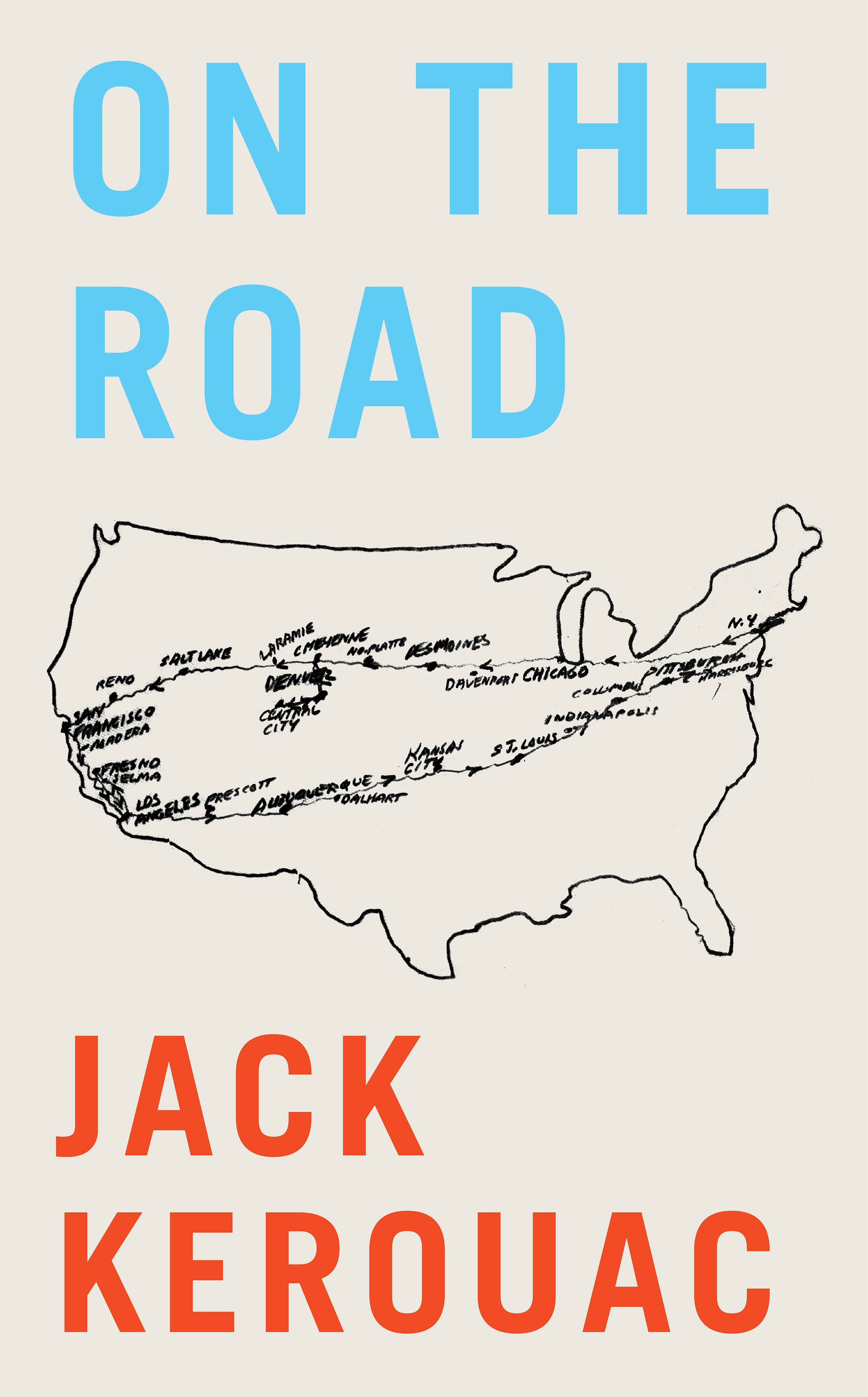 That was one of the first long and lonely adventures I had as an adult. It had started with a September night journey in a train full of Italian soldiers, kids returning to their army camps after their holidays. In a sequence of hot southern towns they had kissed their mothers and girlfriends with tears in their eyes, spent the night sleeping on each other’s shoulders and woke up in an autumnal and moody north. Many trains I missed in that adventure, plenty of rendezvous I skipped, but with Kerouac shining the way I discovered parts of Paris I wouldn’t have seen otherwise, reached England for the first time in my life on a boat, marvelling at the white cliffs of Dover golden in the sunset light, and fell asleep in the Duomo in Milan after spending my last money on a sandwich and a beer.

On the way to lunch, walking away from the set, I found out that Shaun also knew about seat61.com, the website for train travelling where you can find ways of getting from one place to another anywhere in the world by train, if at all possible. 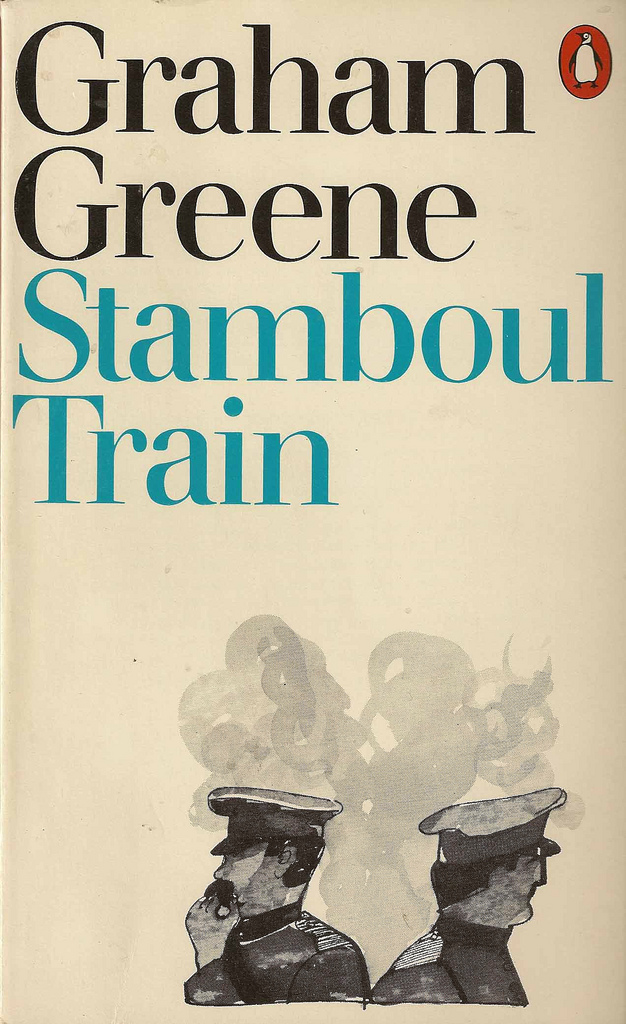 Seat61.com had helped Andrew and me to take the Eurostar to Paris, the overnight to Berlin, the interstate to Copenhagen and after spending a few days in each city, return to England on a boat, a bumpy night sail on the North Sea. Graham Green’s Stamboul Train had been my companion then, a fascinating journey through an unstable pre-war Europe on the Orient Express in reverse direction to Agatha Christie’s famous crime story. We had loved that trip. It had started when we left our front door and finished on the same place with our return. There had not been a destination to be reached; time unfolding was the only measure for the adventure. A plane couldn’t have done the trick.

Soon after lunch Shaun wrapped his scenes but stayed on set, curiously taking pictures and keeping notes. He asked questions. We joked around. He said he had a break later in the summer; he was looking to go somewhere.

Not too many years ago I went camping to Sicily with Sofia, I told him. She travelled from Athens to Rome, and I took the night train from Paris to the eternal city. We spent a day roaming the empty streets of the Italian capital on a scooter. Ferragosto had driven everybody away, and we joined the mass exodus the day after on a train to Palermo, a heavy and tired beast that got split in half and then again in more halves and got wheeled on tracks in the gallows of a ferry to cross the straights of Messina before it resumed its journey to the Sicilian capital. Hanging over the Tyrrhenian Sea, over beaches and coves and villages and ports, I kept projecting on the dry, scorching landscape the faces of Alain Delon, Claudia Cardinale and Burt Lancaster, heroes in Luchino Visconti’s The Leopard, a take on the novel I was reading, written by Giuseppe Tomasi di Lampedusa about an aristocratic family coping with the change of times in the midst of civil war and revolution. 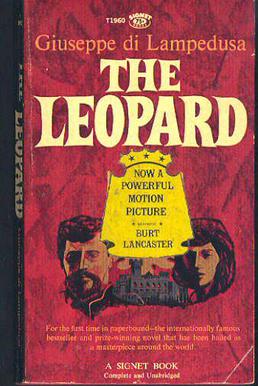 Late at night, at the hotel bar in Oxford, cast and crew shared stories, film and theatre anecdotes, and I remembered the time I went to Cairo for the International Festival for the Experimental Theatre with a production of Aeschylus’s Oresteia. During a five days break I jumped on a train and went south to Luxor, Karnak and the Valley of the Kings. The train station in Cairo was one of the busiest I had ever seen. The chaotic system to acquire a ticket was different to the one I was used to in Athens. Two guys my age who were also travelling south informed me that there were no tickets left for first or second class, and I had to twist their arms to convince them to travel third with me. However, in order to secure a seat, we had to go to the end of the platform, wait for the empty train to approach the station, start running alongside it, jump into the carriage while still in motion and grab a seat before it came to a halt and the crowds stormed in. The train stopped at every village on the way. People were sleeping on the luggage racks over our heads. Chickens were running down the corridors. My window was broken, and the shutters were tightly closed, blocking any view but not the sand that kept coming in and finding its way through the t-shirt I had wrapped around my face into my eyes, mouth, nostrils and ears. And I loved every second of it. 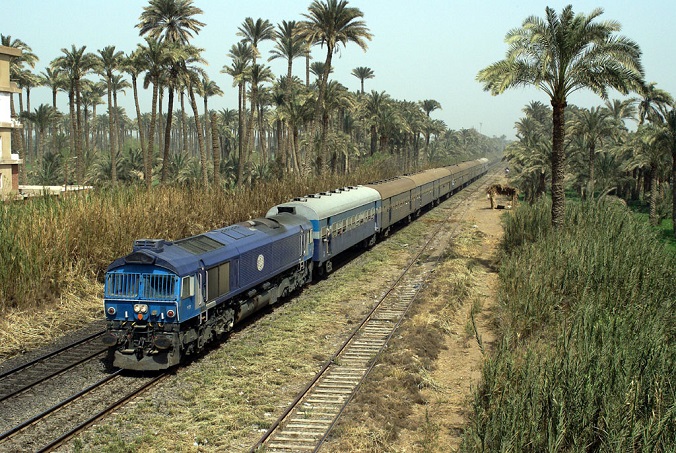 Having wrapped filming, on my way back to Paddington the morning after, I began reading Patricia Highsmith’s Strangers on a Train. I have been a fan of hers for a long time and I was planning to visit Andrew’s hometown, Fort Worth, Texas for the first time soon, which was her hometown as well. After I get back, maybe I’ll write something about that adventure too.