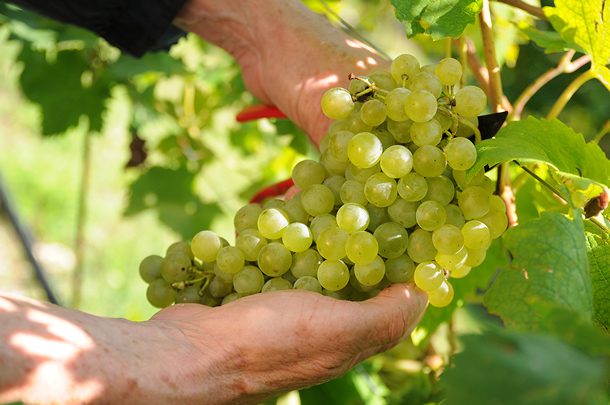 “Wine is one of the most civilised things in the world and one of the most natural things of the world that has been brought to the greatest perfection, and it offers a greater range for enjoyment and appreciation than, possibly, any other purely sensory thin” Ernest Hemingway

Champagne anyone? Bah, that is so passé! Why not add a different sparkle to your life and try prosecco? Massimo Gava takes us to meet Gabriele Cescon, who has taken the art of making the high-quality sparkling wine from north eastern Italy to internationally recognised new levels

“Wine is one of the most civilised things in the world and one of the most natural things of the world that has been brought to the greatest perfection, and it offers a greater range for enjoyment and appreciation than, possibly, any other purely sensory thin”

“Half way along life’s path, lost in the dark wood… but considering the success you’ve had, you must’ve been able to find the right way” I said to Gabriele Cescon, the director of Cantine Maschio. “It’s one thing to create a quality product for a few thousand bottles, but quite another to do it for 25 million. How do you do it?”

Gabriele smiled at the directness of my question, “It’s definitely the first thing consumers ought to ask themselves these days, considering what’s happening in this world of ever-expanding distribution. It can only be achieved by maintaining strong ethical standards and is the result of a joint effort from everybody involved in the process – the vine-growers who collaborate with us to make sure the grapes are free from pesticide residues, the high standard of technology and knowledge we apply in the wine-making process to guarantee the amount of preservatives is kept well below the legal level. But, even with all this in place, you need one more vital ingredient – absolute passion for your art. That adds that extra-special quality to the wines we create here at Cantine Maschio and what lovers of our fine wines appreciate so much”. 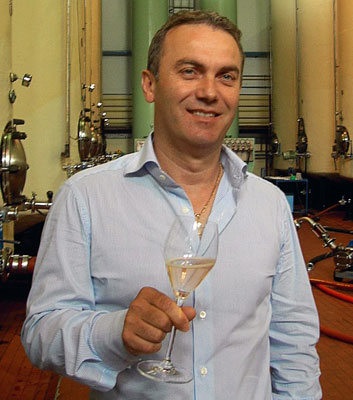 This, in a nutshell, is how Gabriele accounts for the success of the labels which were started in 1973 by Signor Bonaventura Maschio, a man who came from a dynasty of winemakers. Signor Maschio had the vision to realise the wines from his local area, ‘Sinistra Piave’, (left of the river Piave), with its variety of terroirs, had great potential to produce high quality wines.

It is precisely in this beautiful area in the foothills of the Dolomites, about 35 km from Venice where the two towns of Conegliano and Valdobbiadene gave birth to prosecco wine with its own DOCG.

When the Maschio labels were acquired by Cantine Riunite in 2002, they became part of the largest wine group in Italy. The strength of the market position the buyout achieved gave Gabriele the authority to search for more locally produced wines, indeed, expanding his explorations from ‘Sinistra Piave’ all the way to the gulf of Trieste.

Driven by the worldwide sales success of prosecco, Cantine Maschio is now able to offer a wide range of products that appeals to the varied tastes of its sophisticated customers. From Chardonnay, then Pinot Rosé made with a touch of Raboso Piave, another native wine, to the less commercially known but still exquisite taste of Traminer, all the way to the absolutely unique Incrocio Manzoni 6.0.13 from the Maschio dei Cavalieri range. All these wines have contributed to the international success of Cantine Maschio , but it is specifically the Incrocio Manzoni 6.0.13 that exemplifies the modus operandi and the individual stamp Gabriele puts into the crafting of his wines. 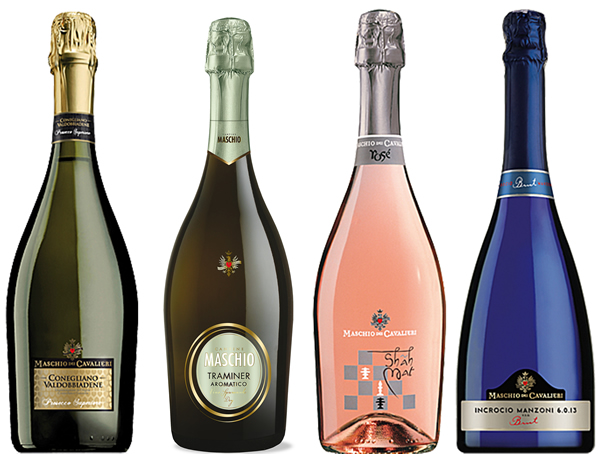 The story begins with a Professor Luigi Manzoni, who was what we would call these days an oenology scientist. In the 1930s, when the term ‘genetically modified’ did not exist, he created several new varieties of grapes by selecting, crossing, pollinating local vine stocks from various vineyards in the area. The number 6.0.13 was one of the many experiments he carried out using both white and red grapes. He studied at Italy’s oldest school of oenology in Conegliano, where Gabriele also happened to train and that is where he came to learn about and appreciate Manzoni’s body of work We are all aware there are seven notes in a musical scale but that just a few can still create an impressive symphony. Gabriele had the inspiration to turn the Incrocio Manzoni 6.0.13 into a sparkling wine.

“I felt it had the right potential, but several people thought I was crazy, it had never been done before, but the more they kept coming up with reasons why I couldn’t do it, the more I was convinced I could”. Gabriele tells me. Well! The result proved to be astounding, as the excellent choices Gabriele and his team made produced a beautifully crafted wine. A new star in the firmament of sparkling wine was born, and its success was crowned at one of the world’s internationally renowned fairs, the Vinitaly in Verona not so long ago, when The Incrocio Manzoni 6.0.13 Spumante won the gold medal for the best sparkling wine.

Till then the commercial markets for most of Manzoni’s wines were confined to the north eastern part of Italy, but now following on from the success Cantine Maschio had with the 6.0.13 Spumante it has attracted much greater interest throughout Europe and the rest of the world. 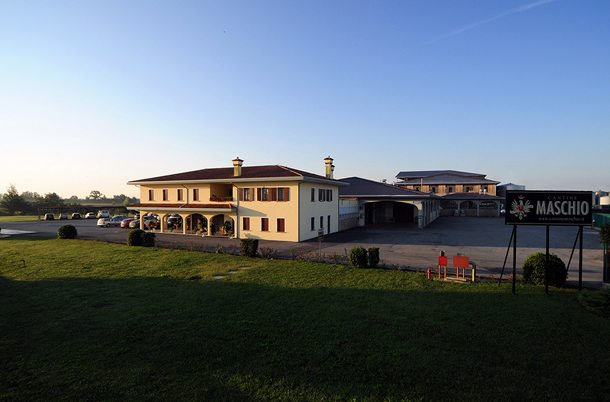 At Dantemag we like to talk about art and culture but we also like to highlight the talented people who are the brains behind the invention of a masterpiece. There is no denying that with the passing of each day we see how the art of wine making is becoming more and more appreciated. Dantemag is not preaching here to the binge drinker but to its readers who appreciate the passion and the effort that go to create the ‘nectar of the Gods’ – as Martin Luther once said “Beer is made by men, wine by God”. Gabriele laughed at my suggestion. But having had the pleasure of meeting him, I can assure you he is far too modest and down-to-earth even to consider the comparison. So, maybe in a spirit of fairness, I tried a quote from Pope John XXIII “Men are like wine – some turn to vinegar, but the best improve with age” “Do you like that one better?” I asked – and especially as the resignation of the Pope Benedict XVI had just been announced while we were talking, it seemed more appropriate.

“Well as much as I respect the balsamic variety, I’m not sure it’s the right thing to do, to mention vinegar to a wine-maker!” he said throwing the joke back at me.

“Fair enough! But what about the part, ‘the best improve with age’?” I said. Gabriele laughed, as he was well aware I was referring to him and his work. “Honestly, joking apart, how do you explain the phenomenon of the unstoppable rise in market growth Cantine Maschio has enjoyed worldwide?” 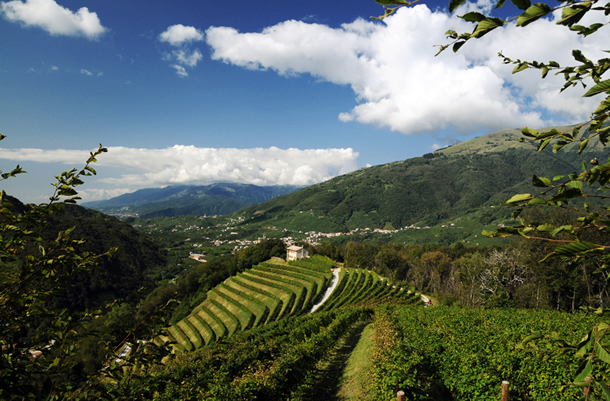 “There is a perception in present-day markets, like the British one, for example, that a higher price is actually justified by a wine’s superior quality. That’s why sales of prosecco DOCG last Christmas rocketed; it created an affection for our brand of wines and gaining the trust of the consumer is the best reward we can get for our work.

Figures aside, Gabriele is adamant all of this would not have been achieved without the people who work with him day in, day out and it is true, when you walk into the Cantine Maschio premises you feel like you are entering a big family atmosphere where everybody is free to share and input their ideas. It is this, above all else, Gabriele feels most proud of, especially considering the large numbers of staff. So as Euripides in The Bacchae once said “Prepare yourselves for the roaring voice of the God of Joy!” .

The fortieth anniversary is just the first of many for Cantine Maschio – ‘half way along life’s path’. Remember! Wine improves with age and with the talented Mr Gabriele Cescon on board and all his team, Cantine Maschio can be sure the best is yet to come.