As globalisation hurtles forward at an ever- quickening pace, there have, at times, seemed to be recurrent resurgences of nationalism, especially in Europe, as a reflexive response. But is this pattern rooted in simple pride of local or regional culture that helps us ground ourselves to place? Or does it represent the death-throes of a stage of culture that we are leaving behind?

If there is one thing we all need it is a sense of belonging and of identity. Where our allegiance may lie – whether to our local community, to the country we have moved away from, to the one we chose to live in, to a whole continent or even to an ideal – that is a different matter altogether. It is a matter that tends to constant assessment and reassessment.

For instance, the German Chancellor recently said at a political rally that new immigrants to Germany would be required to speak, or learn the language. The British government, on the other hand, has just finished reviewing the rulebook on how one can become a British citizen. Published early in February, “A Life in the UK: A Guide for New Residents” explains that in order to become a Brit one needs to know about the plots of Shakespeare and Coronation Street, to identify who Monty Python and Churchill are, to understand the Battle of Hastings and IVF. In fact, what the Government has done, similar to what the Labour party did before, was to make this body of rules and their content more compatible to the ideology one associates with the Conservative party. This is perhaps tantamount to saying that the idea we have of who we are as citizens of one country has more to do with ideology and the current times than with some fixed and unchanging ideal. 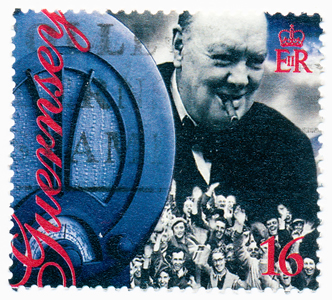 Still another way to look at this is found in some rather surprising information I recently came across. According to the all-too-pervasive trend to put a price on everything, being British is an expensive “habit” as assessed by a study carried out at the Centre for Economics and Business Research. Anyone living in the UK is at least £2000 more “expensive” on average than other OECD member countries. The main culprits are transport (31% more expensive) and utilities (18% more). If you live in the USA your “cost” is 18% lower and even the citizens of that country which there is an “entente cordiale” with are marginally cheaper (2%).

So does being British, besides what one usually associates with a strong sense of independence, especially when you mention Europe, have to do with knowledge of a mixed bag of facts and figures and with a sense of being ripped off? Or, as with any other country, is there more?

I am reminded of a couple of episodes that have to do with how we see who we are. And how that is always changing.
A close British friend expressed bafflement when another friend, originally from Portugal but descended from an Old Portuguese Indian family (of Goa) said that he didn’t feel Portuguese Asian, he felt Portuguese.
An American Ivy League University faced a conundrum in its attempt to classify students’ ethnic origin when it came up against a citizen of Mozambique who, despite being Caucasian, viewed himself, much to the offence and opposition of some of his African American colleagues, as an African.

Amin Maalouf, in his book On Identity, defines his sense of identity and nationality as his surname and his inheritance. This is because, coming from a displaced Ottoman family, he was born and lived his first few years in

Lebanon before moving to France, where he has been for most of his life. Like so many other globetrotters those are the only traits of permanence he has.
In much the same vein, Fernando Pessoa used to say that his nation was the Portuguese language. Similarly, Thomas Mann, who fled Nazi Germany in 1938, declared upon his arrival in America: “Wo ich bin, ist die deutsche Kultur.” (Where I am is where German culture is.)
Would we however perceive Mann’s works as “Germanic”, or for that matter any other great body of work as characteristic of a national culture? Would anyone describe Picasso’s paintings as Spanish? Or Renzo Piano’s buildings as Italian? Isn’t it one of the intrinsic qualities of a sublime painting, a beautiful musical composition, or an extraordinary book that they are able – especially in these times of globalisation – to touch on universal themes and therefore transcend national and cultural boundaries? Are they not considered great because people from across many cultures can be moved and inspired by them?
Could we say that nationalism would thus be the last reserve of the great parochial?
Nationalism, like the spread of jihad, could be a reaction to the rate at which we are watching the dissolution of some, if not most, of the 19th century-era myths that were largely responsible for how we see ourselves now. This is especially so in Europe. And nowhere else is the concentration of nostalgic nationalists higher than in Brussels, especially during that most anachronistic of European events, the Eurovision Song Festival. At times some irresistible force seems to compel you and you find yourself supporting a horrible singer who is singing a terrible song, just because that singer happens to come from the same country as you. 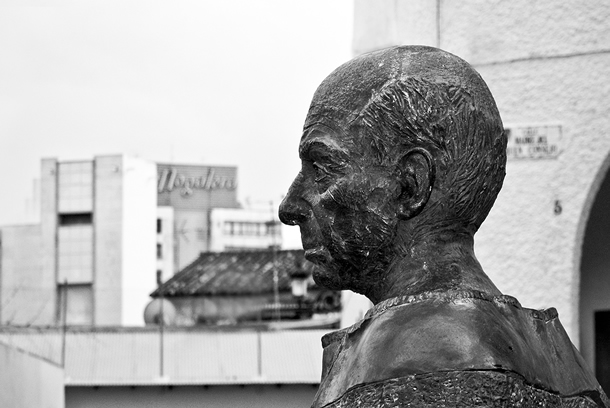 Sculptur of PabloRuiz Picasso in the Picasso Square, Malaga, Spain

The continent that gave its very special brand of humanism to the world and also, at least according to George Steiner’s work, “The Idea of Europe”, the shared taste of coffee houses, lives well below its potential in many areas. This contention is inseparable from the issue of nationalism.
Can anyone imagine what India, Brazil, the US, or even China would look like today if it were not for their endurance in the face of separatism and their persistence in keeping the whole as united and cohesive as possible even while strong cultural variations not only survive, but thrive? Maybe they would resemble Europe in her lack of solidarity, her easy breaks from common purpose and her lack of one legitimate and credible voice to replace the cacophony that we have witnessed in the last decade. Are we Europeans any different from each other than a Sikh is from a Punjabi, a Cantonese from a Manchurian, a Mineiro from a Carioca, or a New Yorker from a Floridian? Besides our pride in aspects of our individual history, in our local or regional cultures, in all of our science and technology and, naturally, also in all of our sports achievements – all somewhat smaller pieces of a European mosaic , what is there left outside of these to make us different so different from each other?

Surely the UK may be the only country in Europe provoking a troika-style adjustment process that is leading to recession without any international institutions forcing her – proof of her legendary independent state of mind. But at the same time, in much of Europe we are clearly moving into a more integrated culture and whole in dialogue with each other. For instance, while visiting France a couple of months ago, at the time legalisation of same-sex marriage was being discussed, much of what I read and heard on the streets was why this great and progressive country – which always used to lead in issues of Égalité – was so far behind states like Spain and others, where this had been dealt with years ago. Or consider how Portugal and not the Netherlands is now being studied as an example to follow because of how it decriminalised possession for personal use of soft drugs and how this has led to, among other things, a drop in crime.

And while it is true that wealth and development and productivity are still very uneven across the continent, it is also true that even in those countries where economic freedoms and democracy are recent realities, the current pace of progress is historically unparalleled. 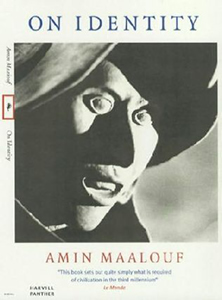 We are all democratic states, under the rule of law, where a culture of respect for human rights is predominant. We all believe in the absolute value of human life and we will go to great lengths to protect freedom of speech. Now wouldn’t this rather make a wonderful basis for any Fairer and Free state?
The contention here is that nationalism is not innate. Where you are born, where you live, does not determine your identity as much as do your upbringing, your biological or elective family affinities, your life and political choices and, of course, your preconceptions, or stereotypes about what you feel you and others should be like because of differing points of origin.
It is therefore out of choice – one that is perhaps as “natural” as the need to believe in transcendental beings – that we find and select a number of elements with which we choose to identify. They may be geographical, like the mountains, rivers, seas or the weather where we live; or cultural, like architectural landmarks, or old episodes from history, or cuisine, or some works of art and literature, or even language; or technological, scientific and economic achievements and innovations; or, in rarer cases, religious beliefs and ethnicity. Or, ultimately, a mix of some, or all of these.

Even though no one argues that one might and should feel a certain amount of pride in some of the above mentioned elements, the danger is that once that pride evolves, as it has time and time again in the not so distant past, to the next level of intensity – a feeling of superiority and entitlement – the stage is set for the continuous enfeeblement of the of whole Europe.
I am reminded of a key writing of the tragic Walter Benjamin, where he alludes to Paul Klee’s painting “Angelus Novus” in these terms: “Angelus Novus shows an angel looking as though he is about to move away from something he is fixedly contemplating. His eyes are staring, his mouth is open, his wings are spread. This is how one pictures the angel of history. His face is turned toward the past. Where we perceive a chain of events, he sees one single catastrophe which keeps piling wreckage upon wreckage and hurls it in front of his feet. The Angel would like to stay, awaken the dead and make whole what has been smashed. But a storm is blowing from Paradise; it has got caught in his wings with such violence that the angel can no longer close them. The storm irresistibly propels him into the future to which his back is turned, while the pile of debris before him grows skyward. This storm is what we call progress. “

I would argue that too many times nationalism will have been at the root of the catastrophe and would hope that the storm would blow us away from that. But I fear instead, as recent events have shown us only too clearly in Europe, that that may not be the future we are all staring at fixedly.