Homage to Catalonia. This Is NOT a Woody Allen Movie

Tradition and passion behind a Prosecco Vintage.

There Is Nothing Like a Dame! Actor Philip Rham Surveys the History of Pantomime

Homage to Catalonia. This Is NOT a Woody Allen Movie 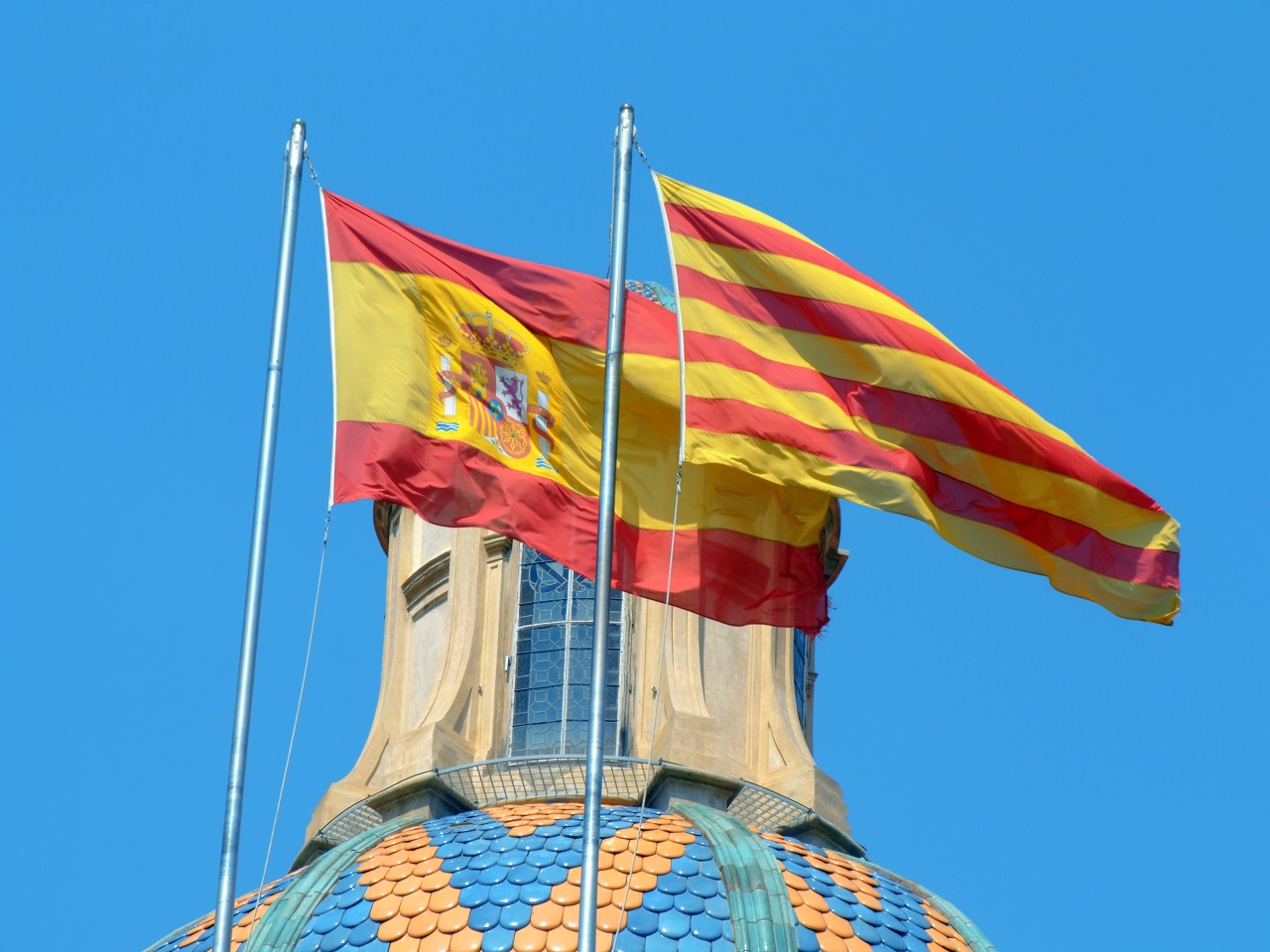 Spanish and Catalan flags waving in the blue sky 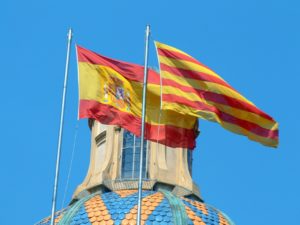 Spanish and Catalan flags waving in the blue sky

Spanish commentator Antonio Muñiz explains his country’s crisis – starting with basics, then analysing what comes next in a complex political puzzle.

Close your eyes and imagine this slightly comedic script: A right-wing president of a small region in a country decides that it is about time to declare independence from the central government. Strategically, he can gain the support of certain groups in favour of independence and therefore organises a referendum to see if the majority of the people in the community want that. 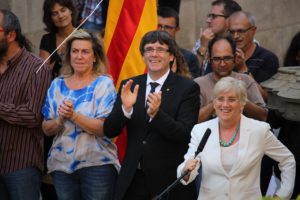 The leader of the central government, also right wing, decides to respond to this situation with hostility, calling the referendum illegal, and preventing people from entering some polling stations.

The situation deteriorates and the struggle for power begins. The local leader claims he has won independence based on overwhelming support. The other strenuously defends the unity of the country; declares the poll illegal and flawed; dissolves the local parliament; announces new elections for it; imprisons some of the leaders of the secessionist movement; and talks of jail terms for sedition. Meanwhile his local rival escapes to Brussels, where he declares that the immediate independence isn’t the best solution for this conflict.

Now it is time to open your eyes: Does this sound as crazy and improbable in its twists and turns as a Woody Allen or a Coen Brothers’ movie plot? Well… If your answer was ‘yes’, think again. As you more probably have guessed, it actually is a synopsis of the Catalonia Crisis in Spain.

(Just a reminder of the result: 92% of those voted said they wanted independence – which initially sounds overwhelming. However, the turnout was43%. In other words, about only 38% of registered voters actually said that they want to break away. Not so clear cut. Most Spaniards elsewhere oppose a breakaway.) 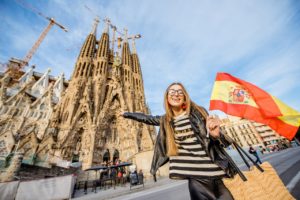 So far, amid rival demonstrations in the capitals Madrid and Barcelona, there have not been major disturbances, fortunately. The situation is at uneasy stalemate. Newspaper reports still call it a volatile “powder keg.”

Many people, including those Spaniards familiar with the story, are still wondering why this has happened and what comes next.

I can only answer these serious questions from my own perspective, when even local historians cannot agree on a proper explanation.

Historically, Catalonia, as with the rest of the semi- autonomous regions in Spain, has gone through many political changes. With its northern coastal siting, it has seen unions among different royal families, wars and shifting allegiances. Its independent role in the Spanish Civil war led to problems afterwards when the victorious dictator Franco banned all expressions of Catalan nationalism. Since then, Catalonia’s separatists have been speaking out more loudly. 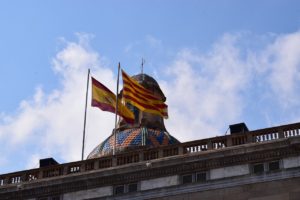 But one of the strong arguments that supports the independent movements is that Catalonia is having to pay much more in contributions to the central government than other regions, because as it is one of the wealthiest areas. A similar situation is happening in the Basque region. Also it is true of local patriotism growing in other European regions, such as even in the North of Italy.

Some Catalans clearly want to keep full control of their community’s resources. It is the case that Barcelona has used its negotiating power to give it one of the best deals with the central government, but secessionist supporters argue that the Madrid administration, now more than ever, treats its northern cousins with a severe heavy hand.

The Catalonia situation has been always a constant topic in the Spanish media. Much of this has become known elsewhere in the world as the previously little-known area became a trending topic in recent months. The world’s media descended on Barcelona, with hours of wall-of-wall coverage from the BBC and others. Even CBS in America went to town on an event outside its usual shores.

Usually when the eyes of the world are focussed on you, you behave. In this case, despite this attention, things got worse. Even with calls to honour democracy and upstand the law fairly, the central government did not manage the conflict the right way. The hostility measures already mentioned were counterproductive. (To imprison someone for peaceful protest and threaten decades-long jail terms is to create a political martyr.)

For sure, the images of the police attacking the largely peaceful demonstrators on the day of the voting in the referendum has puzzled many people. Were officers right to intervene and disrupt democracy? On whose orders were they acting? What law was being broken? Was it a good law or part of an outmoded constitution, in part dating back to Franco?

But at the same time, the previous Catalan government has its share of responsibility, because its persistent response to an offer of dialogue was a flat “no.”

It is clear that if you want to resolve a conflict and you don’t sit down to discuss the issue, there is little scope for a solution. This has made it all the harder to propose the perfect recipe to solve the thorny situation. That is looking all the more unlikely now, after what has happened.

The wider discussion has spread across the whole country where some political parties suggest that Catalonia should organize a proper legal, binding referendum. Some others think that Spain should consider converting into a federal government, like the one in the U.S. This would be a step further for the already-in-use self-managed regional system, a governmental model seen in one form or another in other European countries too. Either way, it can be strongly argued that this should have been done two years ago. Right now, we can’t be so sure about any result. 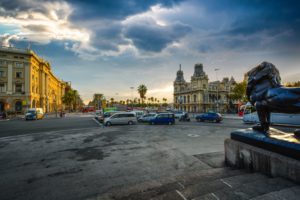 But the real issue here is not what one or the other party said. Instead, we should be focusing on how this conflict has somehow instigated people in the streets to make threats to even neighbours, friends or relatives who are for or against independence. The whole of Spain is divided on this issue, with some regions boycotting Catalan products to show the strength of their feelings.

With its 7.45 million people, Catalonia accounts only for 16% of Spain’s population. But its economy, and that is the most important fact here, counts for €215.6bn – not only one of the largest in the euro zone per capita but also it counts for more than 20% of Spanish GDP. (By comparison, the Basque region provides 7% of Spanish GDP.) With these numbers and its location bordering France, it is obvious why the region is strategically important for the rest of the country.

Each party involved in the conflict has its own interest at stake.

But amid all this clownish circus horseplay, what seems to be missing is any mention of the corruption scandals affecting the main party in the Madrid coalition, long in the headlines before this Catalan issue overshadowed it. 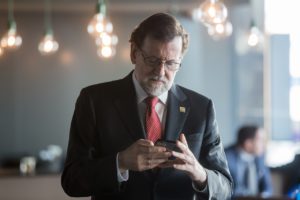 The party ruling Spain has been directly accused of misuse of power for years. Even the Prime Minister Mariano Rajoy has admitted involvement in party funding activity which has resulted in court action.

In the face of calls for his resignation, the Catalan separatists stress the need to break from Madrid’s questionable activity. But how convenient for Rajoy that people are now distracted from his problems by protesting and flag-waving, whether for and against Catalan freedom. This is the comedy we are witnessing because those who claim being real patriots, whose goal should be defend the status of the nation and its people, wrap themselves up in the flag while simultaneously misusing money from their own voters. Better to encourage the citizens to fight and hate each other. Divide and rule.

Ultimately it all comes down to deciding what is best, using the heart as well as the head.

After this all discussion, I nail my colours to the mast here. As Spanish person and commentator, I personally don’t want Catalonia to be independent. One hopes for no borders in an ideal world. I’ve always felt Catalonia as part of my country. One can analyse this forever and we are just scratching the surface here. Call me sentimental but that’s me, and that’s the way it is.

No Woody Allen movie. This is serious business.