/ Art and Culture @en / Pokemon: Surveying the Success – and Controversy

Pokemon: Surveying the Success – and Controversy 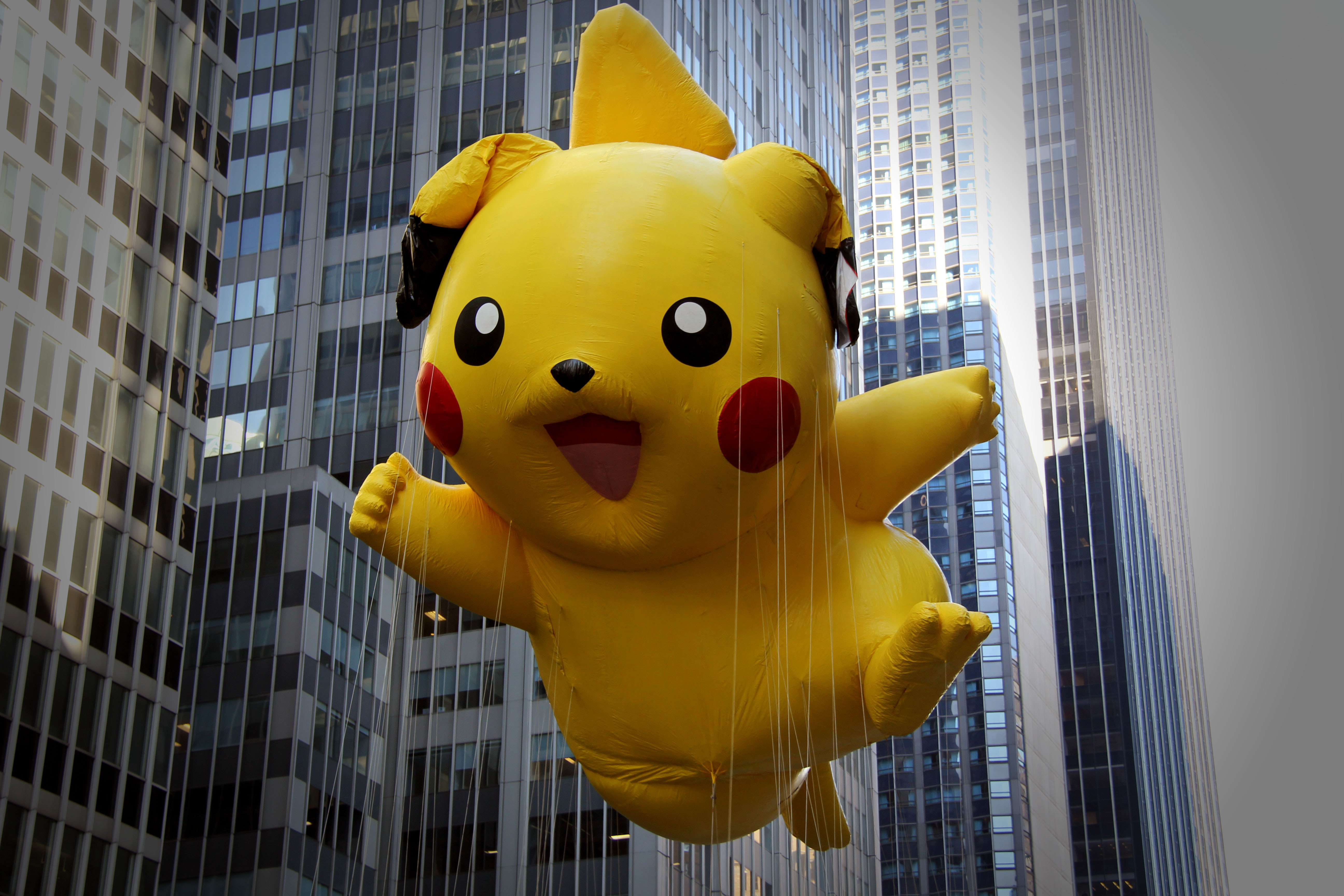 The mobile version of Pokemon is both the most-talked about app and the one most surrounded in controversy. Is it luring users into danger? Is it too addictive, replacing normal social intercourse? Alessandro De Stefani investigates.

For those who don’t know about Pokemon GO, here is a briefing to start with. It is the free app developed by a group including Niantic, which released Ingress, the first successful video game using “augmented reality.” Niantic worked with The Pokemon Company, Nintendo and Game Freak, which has captured the imagination big time, especially for 20-somethings. 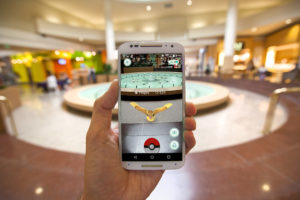 This game has already become a viral phenomenon. It has broken all records on Play store (Android) and on Apple Store (IoS), becoming the most downloaded game in the first straight month after its launch, with about 130 million downloads.
The reasons for this rapid spread originally go way back to 1996 when the first generation of Pokemon games was brought out by Nintendo’s Gameboy. In the handheld market, Gameboy was the dominant leader. Pokemon Red and Blue, or Red and Green in Japan, were must haves. These colours had very few differences between them but had a different marketing strategy to localise and control the market. 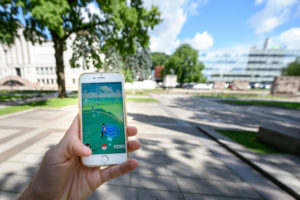 Twenty years on, the match up between Pokemon and Nintendo’s handhelds is still beating all-comers. That generation of children from the 1990s who grew up playing Pokemon or were caught up in the huge merchandising push Nintendo created behind it, from the animated cartoons, advertising campaigns, right up to the little toy figures in snacks and what have you, dreamed that one day their little virtual friends would become real people. Pokemon GO realises that dream. 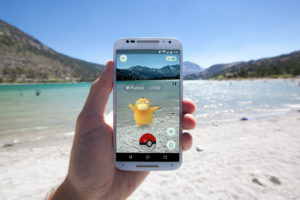 Making full use of GPS and augmented reality (which is able to intensify our perception by using complex information undetectable to our five senses), the game allows players to become “Pokemon trainers”, where the aim is to roam the streets, using the few clues the game provides as a guide.
The app mainly encourages users to follow their instincts as they try to catch the Pokemon animals that suddenly appear on the augmented reality screen by throwing a Pokeball icon.
The Pokemon that appear on the game’s map are the same for all players and are randomly generated by servers using algorithms who regulate their distribution depending on certain criteria (the city’s density or related ones) in order to give all the users a fair chance.
The augmented reality function allows you to see on the screen the animated Pokemon against the real landscape you are walking through but this really is just a marketing ploy because, if you turn the function off, you get a cleaner gameplay and you save your smartphone battery. In fact, it eats up so much power, a lot of players have been driven to buy power banks to get round this problem, leading to a resultant marked increase in sales since Pokemon GO’s release. 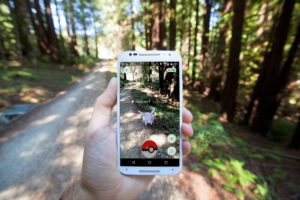 Up to now, the only interaction between gamers existed in the so-called ‘gyms’, where you battle each gym’s Pokemon to take control of it. This isn’t just to raise the player’s prestige but means that a player can earn coins to buy items that help catch them, to gain experience points and go up a trainer level.
It is estimated that Pokemon GO generates profits of between $1 million and $2.3 million a day, with $35 million in only the first two weeks when it was a free app. The in-game purchases allow you to buy Pokecoins with real money, with prices in Europe for example ranging from €0.99 for 100, equivalent to 20 Pokeballs, to €99 for 14,500 Pokecoins. This means a trainer who spends money in-game will thereby gain an advantage and complete the game that much faster. Of the profits, 30% goes to Google and Apple (from the sales in their respective online stores); 60% to Pokemon Company and Niantic; and the remaining 10% to Nintendo, which has invested in the project. This level of revenue has attracted loads of investors, like McDonalds, which has launched Pokemon Go-themed promotions in Japan to get people eating its burgers.
Right from its release, the app has suffered from numerous bugs which have gradually been fixed. This is at least a sign that the company believes in the project long term. In fact, the world of Pokemon GO continues to expand, whether in its software, where more major updates will enable players to swap their Pokemon; do battle with each other; or use a bracelet hardware that connects up to a smartphone and alerts the trainer to any Pokemon nearby.
In addition, users will be able to create a chatroom – developing the social network side of things is still somewhat lacking. 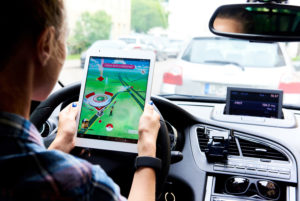 Almost inevitably, a whole range of spin-off apps have been developed by third parties. Some even manage to produce a map with all the Pokemon in the area but the Pokemon companies have demanded a stop to production because they ruined any sense of discovery for players but more particularly because they overloaded the servers and slowed down the app. (In the U.K. there has been concern that criminals may target areas regularly visited by youngsters on Pokemon missions.) Other practices that have been banned are selling on accounts and using chatrooms and bots which are severely punished, even to the point of permanently closing down a player’s account.
As far as my own experience of Pokemon GO goes, I can honestly say that I was a bit sceptical to begin with, what with all the hype surrounding it at the time of its launch. But then when I started playing, I discovered I was getting the same feeling I had when I was a lad playing Gameboy and the fact it was the holidays and hot (I think the timing of the launch was just perfect) made me get my bike out, go back 13 years and turn into a Pokemon Trainer! 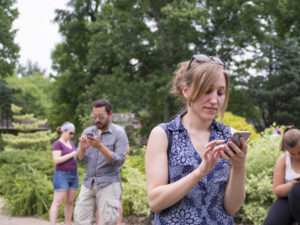 As I advanced up the game’s levels, I became more aware of its pluses, its minuses and its limitations. I see Pokemon as more akin to collectables – the gameplay is very linear, lacks depth and very rarely creates any sense of competition between users, instead the main thing is just catching the Pokemon, which means collecting them almost becomes the only gameplay. For that reason I only play sporadically, as the minimal competitive element doesn’t take much effort, whereas others want to build up their Pokemon and play it more seriously. During my affair with it, I found myself chatting with people I hadn’t talked to for ages and some I had never spoken to before, but there is still a long way to go before it becomes a proper means for social interaction. 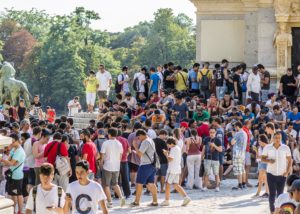 I don’t believe Pokemon GO should be demonized. Some people have said that it has turned children into idiots, but these critics don’t really realise what the game is about. On the other hand, it shouldn’t be praised to the skies – in fact its gameplay is measly and there are still loads of things to implement. However, I think we should jump at the chance to help young kids get out of the house, move around and socialise, although I admit that if a child needs a game to make friends, then he or she must find socialising difficult anyway and could make him or her easy prey to ill-intentioned people. But we live in changed times now and you can’t expect children to go outside and play marbles when most homes don’t even have facilities to play sport unless you belong to a club. So if there is an opportunity to get them playing outside in the fresh air even if it’s via a smartphone, then bring it on, although it is a bit sad to admit it but that’s the way it is in our developed world.