Deborah Barnett reflects for DANTE on favourite tipples for the festive season; with a few winter choices for 2017. With contributions from DANTE Editor Mark Beech. 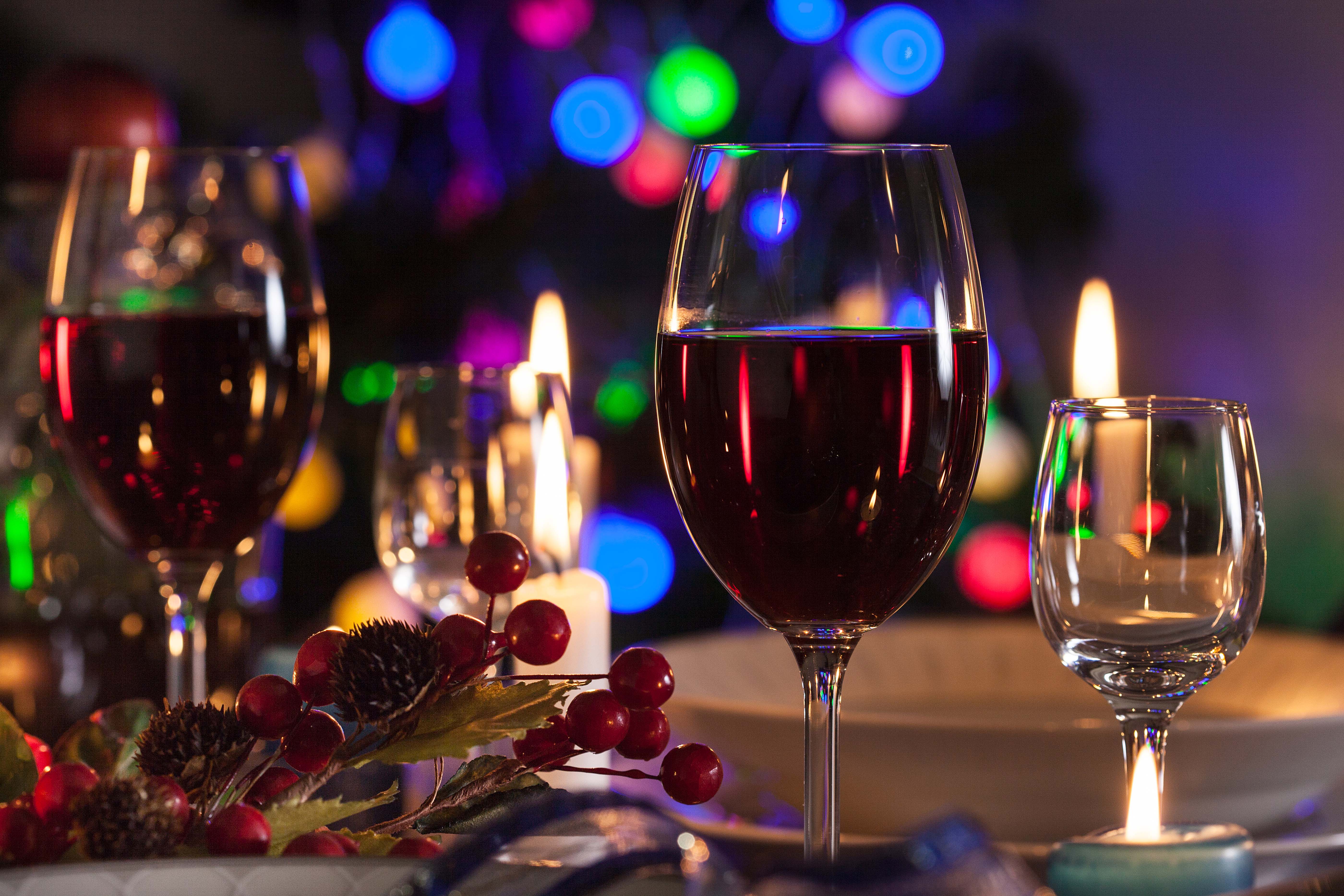 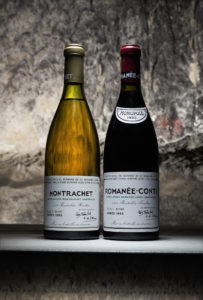 Just hold on back drinking them before trying delicate flavours, the wines will overwhelm them, or with sweet cooking. Nobody in their right mind pairs a full-on claret or red Burgundy with a sweet dessert. New Year choices include a lot of fizz, obviously, though there remain a lot of choices apart from ubiquitous Champagne – especially for those who are going to mix it with orange juice or crème de cassis.
The most useful thing might be is to ask which to go for? I am indebted to a few friends of mine for helping to produce these thoughts for DANTE. One is a Master of Wine, and another is Mark Beech of DANTE who advises restaurants on wine, but the final result is all mine, so ultimately blame only me! My choices are all unusual ones. I am fed up of reading the same usual, overhyped and overpriced French names on every other list. This is DANTE, so let’s be adventurous!

I am not one of those wine drinkers who shies away from Portugal, and its reds are particularly good at this time of year, especially the very full-bodied ones with rich berries that are ideal for drinking with darker meats such as venison. 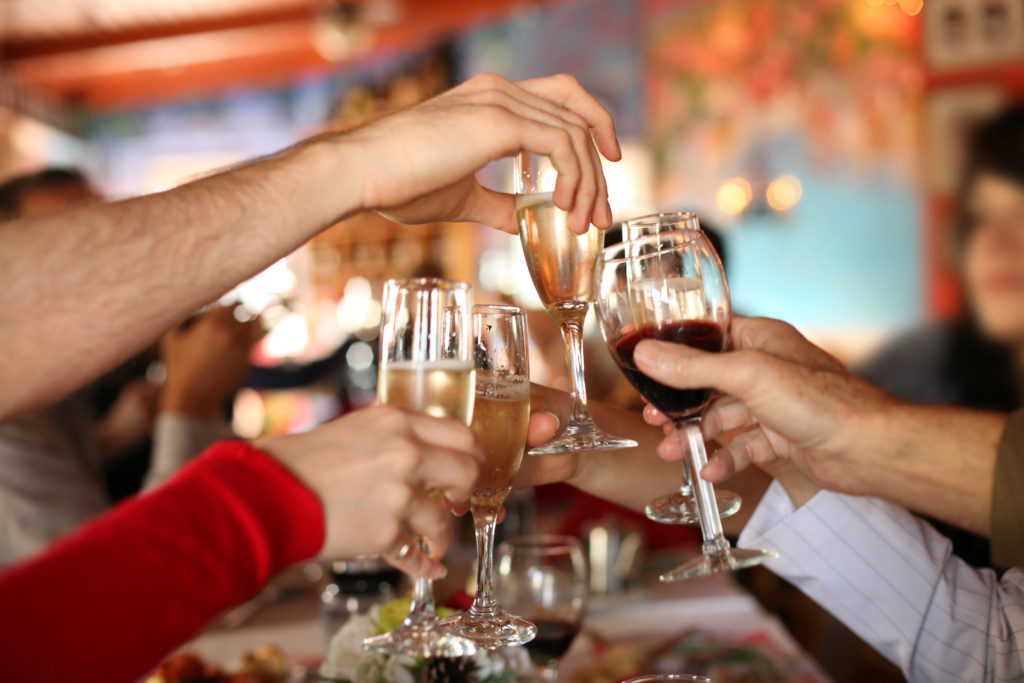 For something a bit off-the-wall, I discovered a DFJ Vinhos 2013 Paxis Red from Lisbon, Portugal. It is very full-bodied, with rich berries and ideal for drinking with darker meats such as venison. It is available for maybe €15 or even less, and it is better than wines at two or three times the price. DFJ has been a market leader in the U.K. for some time and while this one is a little chalky (I like it, not everyone will I confess) it is worth seeking out and festive enough.
Another full-bodied wine but with an even longer finish if that is possible is another Portuguese, the Reguengos Garrafeira dos Socios, with the 2008 available online for less than £20 a pop.
Almost port-like reds are great as an alternative way to enjoy cheese platters or maybe what my father calls “CMP” – cold meat and pickles at the end of the Yuletide evening as a midnight snack.
The darkest reds are often the way to go – there is an old saying about the richest food needing the richest wines.
Douro reds are about as deep as they come and yes, that is where Portugal comes into its own with countless wines in the region centred on the Douro River. Let’s just say many Douros are good.

Here’s another even more unusual choice: Château Musar. It is also a great talking point, because it is from Lebanon, made just north of Beirut. It really should not outpace French wines, being made in the face of war, but it is a wonderful deep red with real character. Give it a go and expect to pay about £25.

I am not totally perverse and of course I cannot forget totally the home of many of the greatest reds in France. With the great debate raging about Burgundy versus Bordeaux I’d like to strike a contrarian note for the festive season and sing a song of praise for the less celebrated regions such as the Rhône, even at the budget end. There are a few Syrahs from the southern Rhône ideal for drinking on their own on a cold day, just full of black fruit flavour. While Chateauneuf du Pape is a favourite I know it is an obvious choice and there are more than 80 growers so there are plenty to choose from. Do a contest with friends to see what they can taste in it. There’s every chance they will say cinnamon or liquorice. If they spot the black olive or deep blackcurrant, well that’s the spicy Grenache grape.
I have an uncle who insists on anything with the Mourvèdre grape too at holiday season. He has this idea it goes with British Christmas treats such as mince pies and traditional puddings. Well, there is no accounting for taste and whatever makes you happy…

Just to show we wine nuts can be unsnobbish, a few friends have been raving about common or garden Marks & Spencer Chablis. I thought I had to have a white for Christmas, given that some of us will be eating white meat, chicken, seafood and so on. This one is crisp, like green apples, classically dry, 2013 – in other words it will last a year or so if you don’t get through it all, but I bet it won’t stick around for that long. Marks sells it in a half-case for £78, or it’s £13 a bottle. 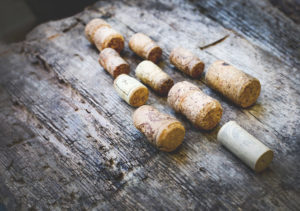 For the New Year, everyone heads for the supermarket and buys a few bottles of Champagne, non-vintage, whatever is on sale for half-price, right? Trouble is you are still paying for the brand and a shop-label Champagnes are every bit as good. The unsnobby are going for Cava or Prosecco or even Espumante which is truly getting amazing at the top end. At the price levels of some they are perfectly great to mix in a cocktail and not worry too much about diluting the classic taste.
The Col Vetoraz Valdobbiadene Prosecco Frizzante 2014 is my own pick. Again, under £20 from Huntsworth and other dealers. There is a sediment style about it, but, trust me, it is really very drinkable. In 2016 or 2017.

There’s not enough room to get into the best German, Chilean, Californian, even Australian wines.
When I was sampling Chablis this summer I could see the effect the Christmas market is having on the trade even in Burgundy. A French vintner was busy pushing his wine and urging shops to buy in time for Christmas. “Mine is the best,” he said. “Look, in December everyone talks about game and gravy and strong flavours, but there is also white meat, chicken and seafood. That’s as true across Europe. Why should you not try a delicate and sympathetic white – you might not want a fruity Chardonnay but something a bit more sophisticated.” It’s true his wine was crisp, like green apples, classically dry. 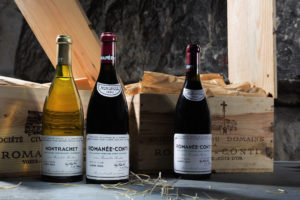 But I am finishing by pushing the boat out. If you feel flush, then get thee to a wine auction. This may be dreamland for many of us unless we win the lottery, but, heck, it is good to dream sometimes, and especially at Christmas. The Sotheby’s sale in December in London has some stupendous bottles. If someone feels generous, how about six bottles of Romanée Conti 1993, in the original wooden case and up for £50,000 (about $60,000)? Bargain. Holiday time is the right time to try wines of every kind. Happy holidays and choose well, whatever price point you are at. I know my Editor urges his clients to buy the best, but he adds that this need not cost a fortune with good taste and common sense.

Deborah Barnett is studying for an advanced wine diploma after 10 years in the trade. Mark Beech is DANTE’s editor and advises London clubs on wine. 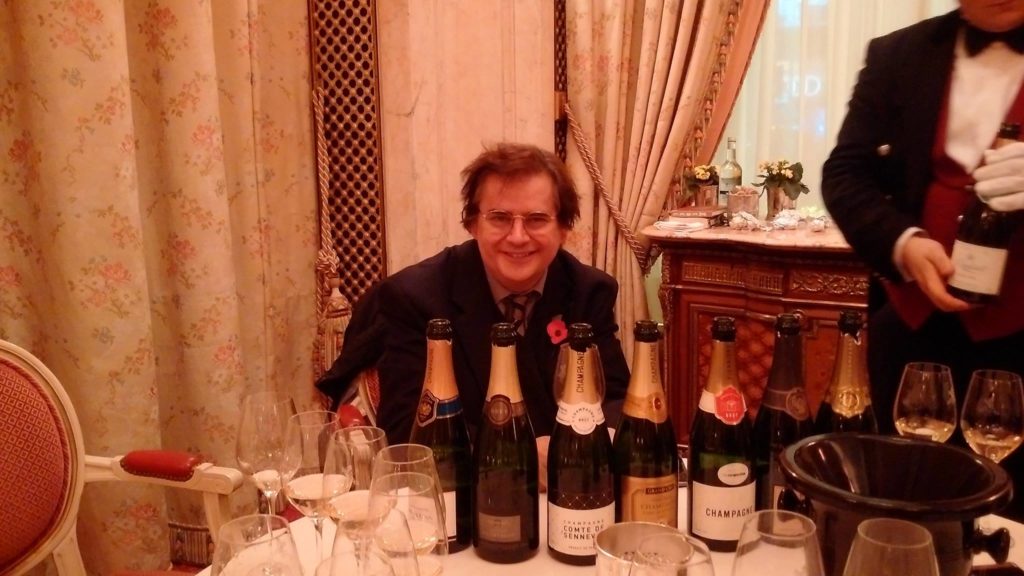 DANTE editor Mark Beech at a recent wine tasting at the Ritz, London