Stream of Unconsciousness in the Caucasus 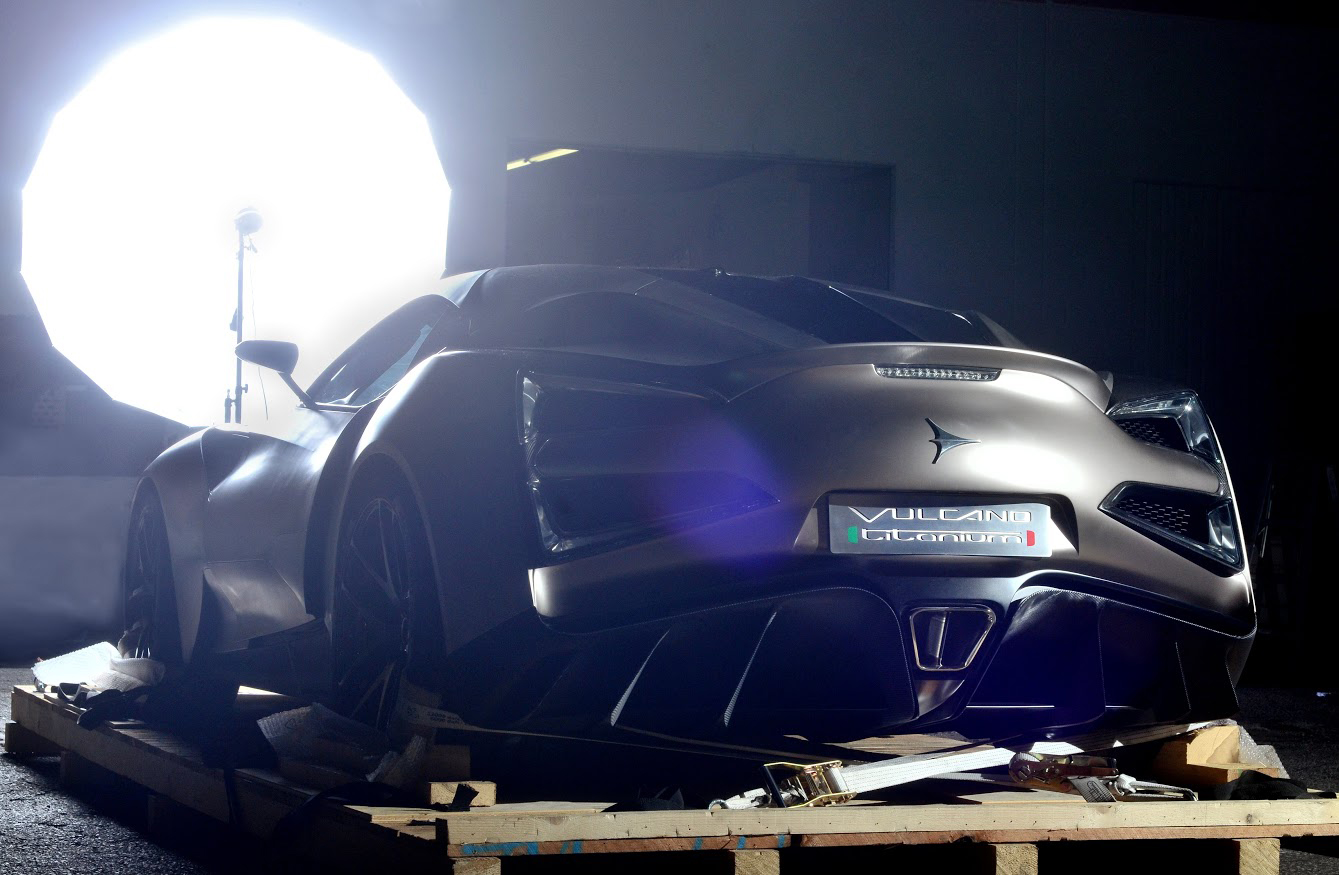 Italian supercar makers will be revealing some of their most stunning million-dollar prototypes for the first time in a private event for select enthusiasts.

Dante (as the only international lifestyle magazine with an Italian soul), has been given exclusive access, just enough to discover what to expect. Our sneak peek covers more six-figure, 200mph machines than most automotive enthusiasts can dream of, let alone drive within the space of a couple of days. 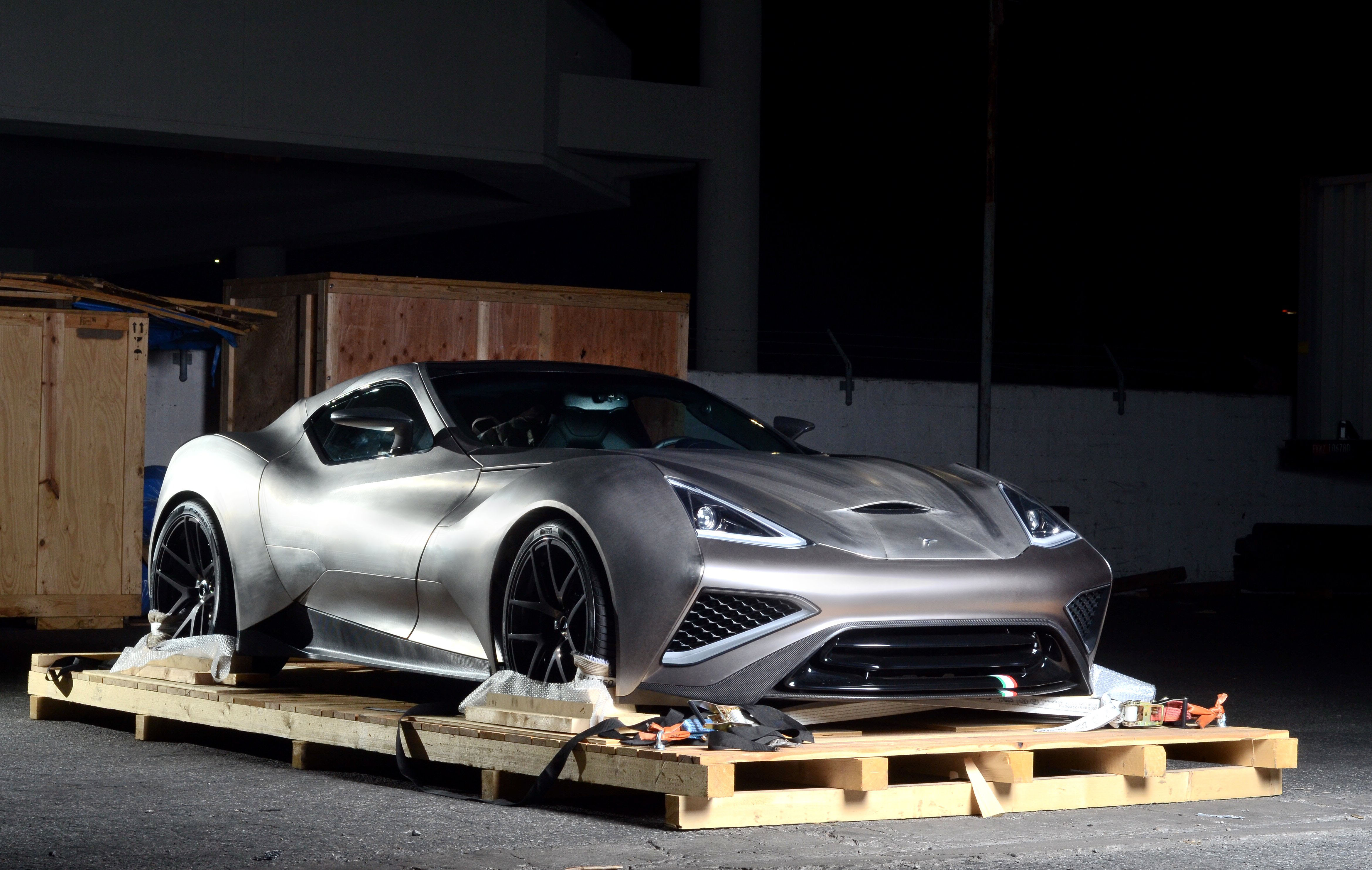 Steel is so 2015. Think titanium for the Vulcano supercar…

The unique tour will put the most dedicated fans of both road and race cars as close as possible to the owners, designers and engineers of the most prestigious Italian performance cars made in Milan, Maranello and Modena.

The preview in September is obviously ideal for wealthy people already comfortable with owning or driving the world’s most prestigious cars – but still excited to see true supercars, often not on public display.

The full two-days and two-nights itinerary starting on Thursday September 29th is almost beyond belief. Here we introduce some of the cars on offer.

First up, one of the clear highlights: meet the Icona Vulcano, the world’s first car with a titanium body.

It is capable of being tuned to nearly 1,000 horsepower and with a 0 to 60 mph time of 2.8 seconds, plus a top speed of some 220 mph. This clearly puts it in the top supercar league occupied by the Koenigsegg One:1, Bugatti Veyron Super Sport, McLaren F1 and Pagani Huara (but more on the Pagani later).

Meeting in Milan, the party will transfer to the nearby former Alfa Romeo test track at Arese for a presentation of the Vulcano (Italian for “volcano”) by the owner of its coachbuilder builder CECOMP, Gianluca Forneris, and Fabrizio Merlo, the car’s project manager. The sky is the limit on this one-off (not surprising when its lines were inspired by the world’s fastest plane, the Blackbird SR-71): you may want to drive it, propose buying your own, customize it or make more of the unique project. 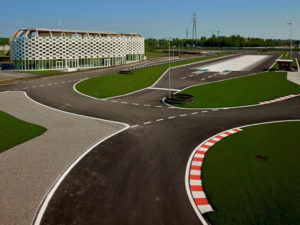 That airplane styling was developed by Samuel Chuffart, design director of Icona, which was founded in early 2010. The concept model of the car was first presented at the Shanghai Motor Show in April 2013 and the first built Vulcano was shown at Pebble Beach in California in 2015 and Top Marque Monaco in April this year. It also gets a showing at the Torino Parco del Valentino car salone from the 8th to 12th of June. Now it is truly awaiting take-off. The car will be set by up mechanics for an afternoon session on the test track.

The first thing about the supercar that has won attention is its naked titanium body, which takes 10,000 hours of hand-crafted work. CECCOMP has worked with Lancia and Alfa Romeo in the past.

Now, for the first time, the Vulcano’s mid-front engine will be shown at work, delivering its supercharged V8 power through a paddle-shift close-ratio gearbox.

If the Vulcano is not enough, Andrea Zagato is giving a personal tour of his famous coachbuilding company, which has an illustrious 100-year history. He will be showing off the new Maserati-powered Zagato Mosto. 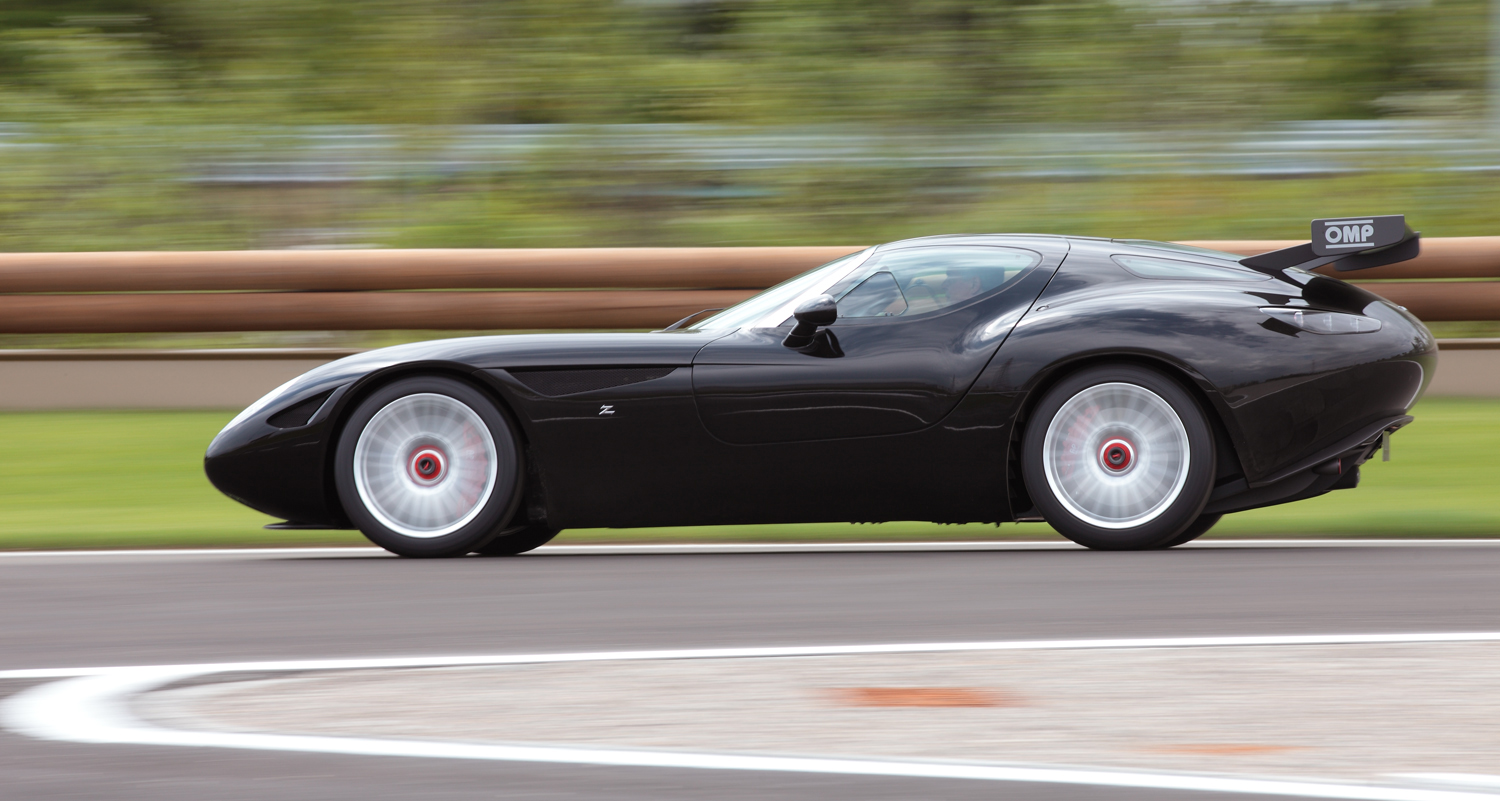 The Mosto Zagato is both fast and seriously beautiful. Courtesy Zagato

The Mosto, made with only five examples, has a striking Monocell carbon fibre body which reflects its heritage. Zagato will also cover the company’s state-of-the-art Virtual Reality modelling system and its latest designs. Down the years, Zagato has designed for Lancia, Alfa Romeo, Fiat, Maserati, Ferrari, 1960: Aston Martin, BMW, Lamborghini and more. (Our exclusive party has a Champagne reception and dinner with Andrea Zagato to boot.) 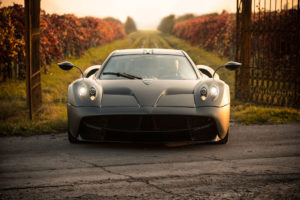 Horacio Pagani, the founder and CEO of Pagani Automobili S.p.A., will be showing the aficionados around his own Modena factory. Pagani has humble roots in Argentina and his father was a baker. He was obsessed with cars from a young age. In 1983, he moved to Italy to pursue his dream of building a supercar, joining Lamborghini where he later made the Countach Evoluzione. In 1991, he set up his own consultancy called Modena Design with clients such as Daimler and Ferrari. He founded Pagani Automobili Modena the next year. It took seven full years before the first Zonda was produced and he will be offering the chance to experience his latest model, the Pagani Huayra. The limited-edition supercar with a twin-turbo 6-litre V12 engine by Mercedes-AmG races to 62 mph in 2.8 seconds and tops out at about238 mph. 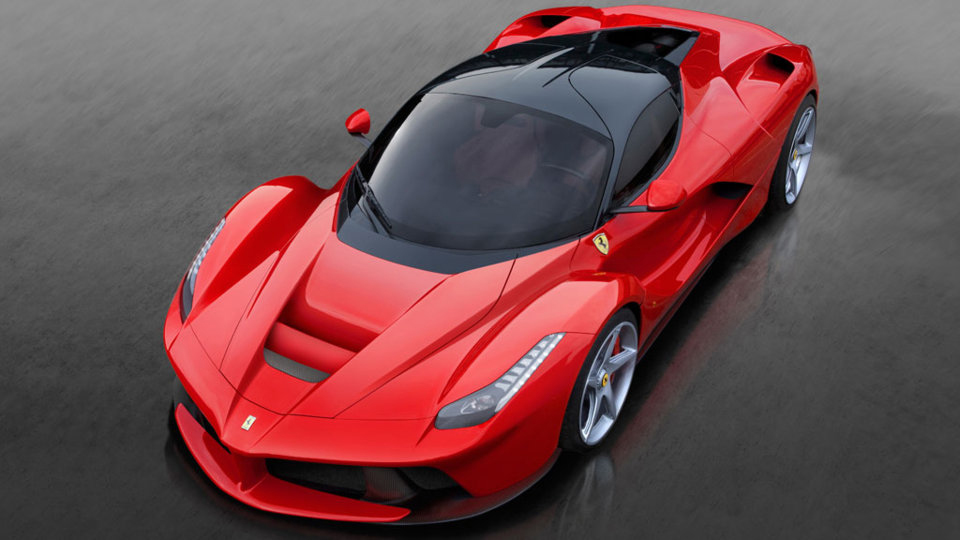 The sight of the LaFerrari is something else. Only 499 were made, each costing more than $1 million. As the name implies, it is seen as the definitive Ferrari and the firm’s most ambitious project to date.

The exclusive tour guests in September then must decide between road and race cars: Ferrari and Lamborghini, or a test-track session. The first option includes a visit to Ferrari at Maranello, only a short distance from Modena. The state-of-the-art factory is a successor to that first created by Enzo Ferrari, combining old-world craftsmanship and cutting-edge technology. Among the various options is a chance to drive Ferrari’s latest models including the 488 GBT and California T.

The new Huracan LP 610-4 Avio and the Centenario LP 770-4 can be driven at Lamborghini, based at Sant’Agata, Bolognese. The company, founded by Ferruccio Lamborghini in 1963, also offers the alluring prospect of piloting classics such as the Diablo, Countach and Miura (yes, the same model as featured in The Italian Job, which is apt).

For those keener on the future than childhood nostalgia, the maker is also giving us a look at the Asterion LPI 910-4 concept vehicle, a stunningly styled vision. 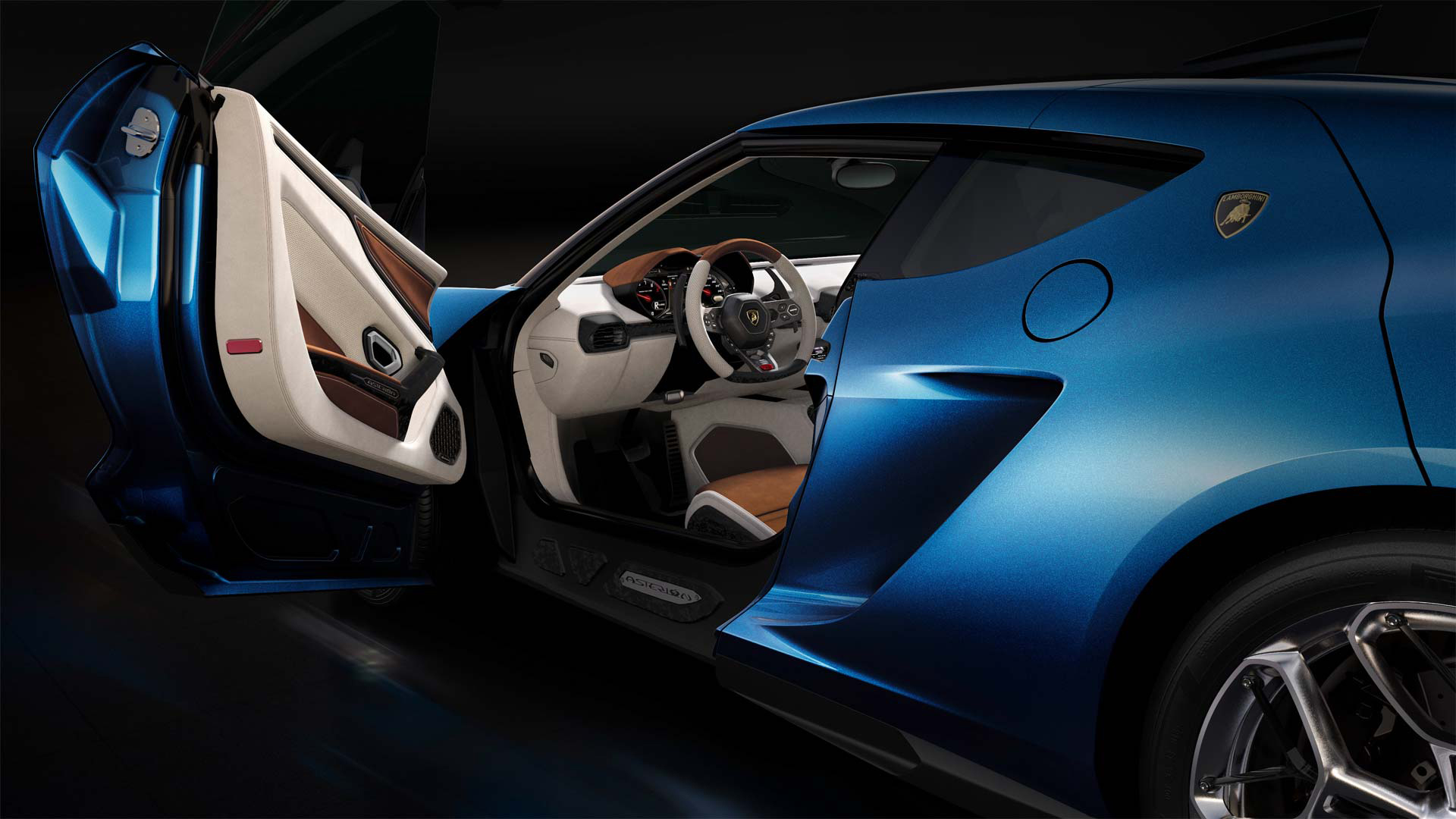 As an alternative, the racing track at Modena awaits, with Le Mans racer Robert Nearn on hand. Petrolheads can try their chances with expert tuition and a full supporting staff in more racing Ferraris and Lamborghinis.

The tour ends with a Champagne reception at one of the world’s best private car collections, the Mario Righini at Castello di Panzano Castelfranco Emilia. The collection includes everything from Formula 1 cars to the very first model that Enzo Ferrari built after departing Alfa Romeo.

During World War II, obsolete vehicles were sent by the government to the Righini family’s scrapyard to be broken for their raw material. Righini’s father noticed that many of these vintage vehicles didn’t deserve to be destroyed, and over the years, he kept many of them, thinking that they would someday be significant again.

The closing grand bouffe is dinner at the three-Michelin-starred Osteria Francescana in Modena. The restaurant has been recommended by Dante in the past and more to the point was voted the 2nd Best Restaurant in the World in 2015 (a new survey is out on Monday June 13). 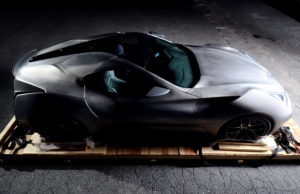 Icona Vulcano, the world’s first car with a titanium body

Whatever those on the automotive tour take way with them, whether plans for purchases or just memories of supercars that collectors don’t get to see on the road – the range provides plenty of evidence of Italy’s strong hold on the supercar market.

Go back to the Miura and just listen to the sound of that 4-litre transverse mid-engine V12. It’s hard to argue with that.

And one more for the road – another shot of the Mostro Zagato: it’s just so sexy! 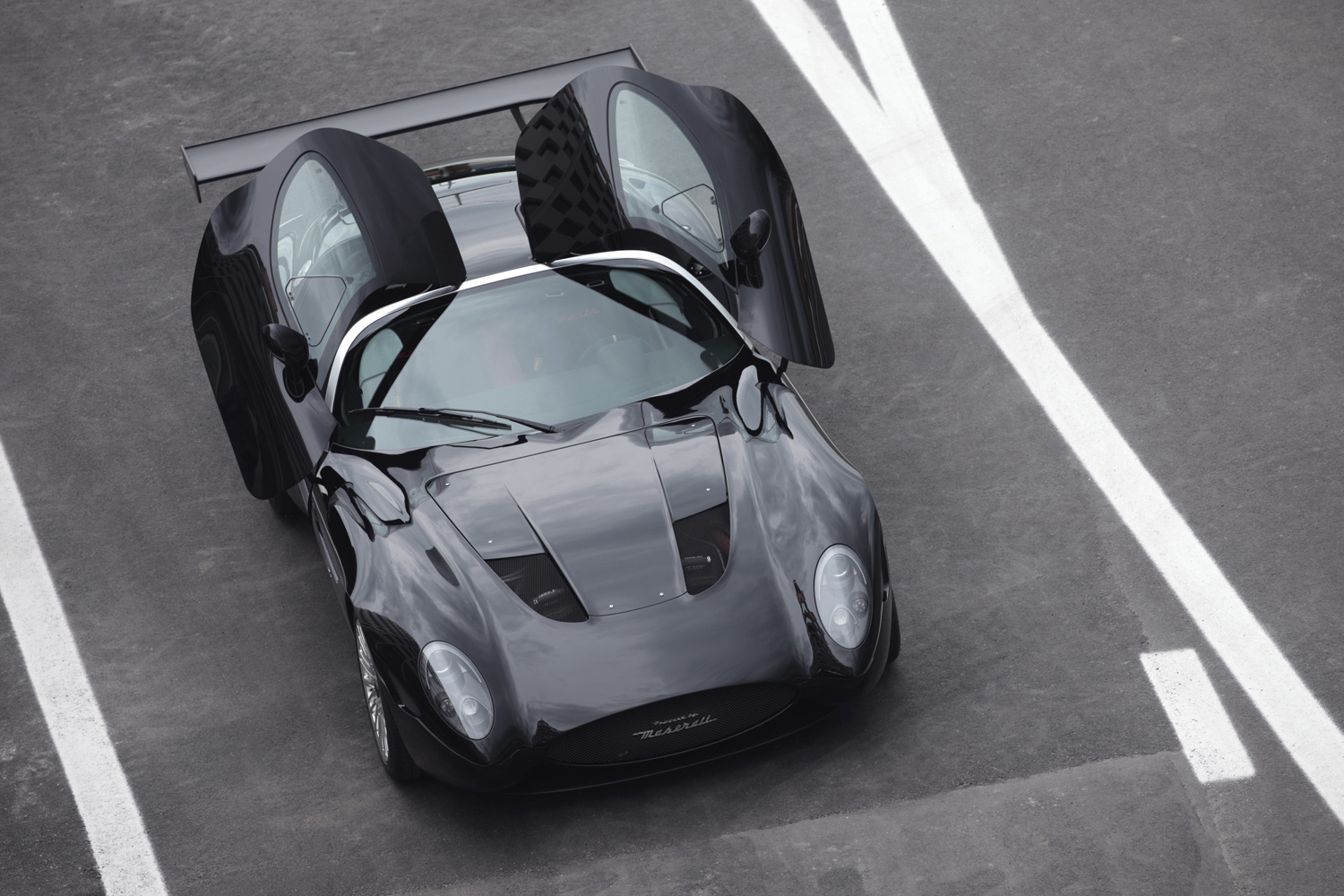