At DANTE, we take the long view. Beyond the question, will Britain stay in Europe – what can we say of Europe whatever the result?

Kevin Regan reported for us on this back in April and his article appears in the latest print magazine.

With every day it becomes more obvious how his predictions were prescient. If Britain stays in, the EU survives for now: if it leaves, the future of the bloc may be at stake as more states demand concessions and contemplate referenda.

The British vote whether to remain in or leave the EU can better be determined by referencing the likely future economic path for continental Europe.

The impossibly difficult decision that the British people are making is in having to decide whether leaving will eventually change the EU for the better. A reformed EU is a goal worth striving for, as it is for Britain to want to be part of it.

It is just about possible to imagine how the next five-year’s economic and monetary cycle in Europe will play out. This is feasible because the economic principles we see across Europe today have become economic and political ‘EU Fixtures’ and are entrenched. An unreformed EU will ensure the current unsatisfactory status quo is maintained. This would be very bad news for all Europeans and for the World. 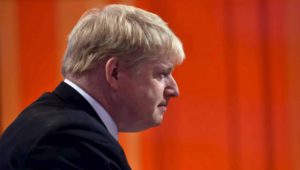 The real objective here is to figure out how Britain’s referendum can help bring about the reform that Europe must see in order to survive the next 25 years, without triggering either a messy European community break-up or even another Great War. Europe’s economic and political EU Fixtures are based on today’s low economic growth, structural high unemployment and high government debt to GDP levels, right across the EU. They are unlikely to be disrupted over the next five years unless something quite dramatic occurs.

Assuming the EU remains unreformed, which it will without a popular and democratic vote for change starting with this referendum and followed by the French and German general elections next year, let us examine these EU Fixtures and what they may mean for future U.K. trade and immigration patterns.

(1) Structurally high unemployment coupled with sustained low levels of GDP growth become entrenched when debt levels are as high as they are today. This debt will not go away. In fact, five years from now pan-European government debt burdens will almost certainly be bigger.

(2) France will remain married to its socialist principles. It remains determined to uphold protectionist employment laws despite its devastating effect on youth employment. There can be no core improvement in employment when it is devilishly difficult for French employers to either fire or make redundant their staff during economic downturns. These socialist principles extend to the French welfare system; generous, entrenched, protected.

The likelihood is that France will not only be unable to lower its own indigenous unemployment level, but will also be incapable of absorbing people from other European nations, let alone migrant flows coming from the Middle East, Asia and Africa.

(3) Germany’s current account surplus will prevail, given its great exporting nation status which is supported by a weak euro rather than by a strong Deutschmark. This will happily continue to underpin their economic stability. While this bodes well for continued low unemployment levels, the German government needs to ensure that all future job openings absorb as many of their recent migration intake as possible. This is a big deal and a huge negative for the rest of Europe. It means that other Europeans hoping to settle and find employment in Germany sharply diminishes.

If we cannot look to Germany and France as a safety valve for providing jobs for EU citizens, what about the rest of continental Europe? 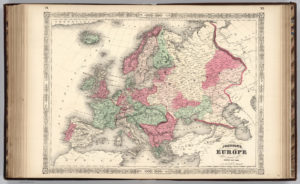 (4) Eastern European citizens will continue to take full advantage of the opportunity that the EU’s fundamental principle of the free movement of its people provides. As unemployment spikes across Europe, at least two successive generations will look to emigrate to wherever they can get work. Should their own economies begin to grow, many would happily remain at home. But for now it means emigrating, and that won’t be to France or Germany, for reasons already discussed.

(5) Pan-European emigration is unlikely to target Spain, Italy, Portugal or Greece, as these countries’ own unemployment levels are already too high and entrenched structural reasons cited earlier will see their status unlikely to improve.

(6) Neither will it be anywhere in Scandinavia, in view of Finland’s dire economic position (and climate), Sweden’s own Middle Eastern refugee intake, Norway’s economic downturn due to the likely ongoing low oil price, and Denmark’s limited opportunities following years of absorption of immigrants relative to its indigenous population.

(7) It won’t be to Ireland, Belgium or Holland, as these relatively small economies cannot absorb more than a fraction of those Europeans that are on the hunt for work and a new life. 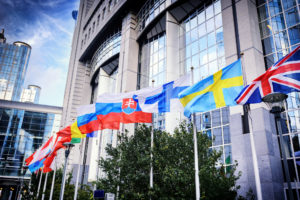 It therefore follows that the primary economic destination of choice for both Europeans and non-EU migrants arriving in Europe will still be the U.K.

Eastern and western European socio-economic patterns are already well established across the U.K. Much is made of east European communities that continue to grow, but western European community inflows, particularly French, Spanish and Italian, are also significant. English is also the most useful second language for any non-British person to speak. There is far more chance of employment in the U.K. today than anywhere else in the world for any EU citizen, in part due to the U.K.’s open employment laws which make getting a job relatively straightforward. 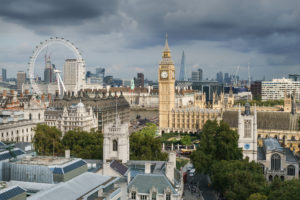 Let us now examine the projected net migration levels into the U.K. over the next five years. Estimates of one, two or three million are almost certainly too low. A more accurate number coming from an unreformed EU with its continuing economic sclerosis is five million. This is probably a conservative estimate and does not take into account population growth coming from non-EU, mainly Asian countries. Although net immigration these past ten years has been noticeable and controversial, we have seen an economic benefit to the U.K. The question is whether an accelerated migration into the U.K. now begins to have a seriously detrimental effect economically, socially and culturally.

Is there a sufficient tax-take from average earners in the U.K. to cover the cost of the necessary infrastructure, including NHS, schools and housing that a fast-growing population will demand? The U.K. is already running a massive deficit that the Chancellor is struggling to balance. If the Eurozone continues to experience low growth and structurally high unemployment, coupled with a migration influx that cannot be controlled unless Europe’s external borders are absolutely and aggressively closed, the path of least resistance for millions of EU citizens, including those recent migrants who will in time receive EU citizenship, is to move to the U.K. These accelerated EU migrant flows will become entrenched as Britain’s new higher minimum wage moves even further away from the average lower wage that prevails across many of the other EU economies. Pro-EU British politicians talk about a healthy economy, but they rarely talk about quality of life. It is a tragedy that today’s younger generation cannot afford to buy their own place, and affording ever-higher rents is a struggle. People in the U.K. are asking themselves about their quality of life today, and more crucially, what will it be in five years? Based on our set of EU Fixtures that lead to a projection in the U.K.’s population growth of five million over the next five years, these same precepts could credibly see the population grow by 20 million over the next 25 years. Britain’s population would then exceed eighty million by 2040 – just one generation away.

Voting for Brexit is risky, and should Britain vote to leave the EU, the first two years will be economically and socially tough – far tougher than the vote-leave campaigners will have us all believe. For the sake of the EU’s own survival, should a breakaway vote occur, it will be a cue for the EU to move instinctively and quickly to ‘punish’ the U.K., even though the EU needs to trade with the U.K. as much as we need to trade with it. 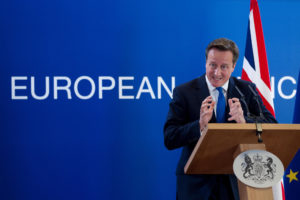 So the decision the British people need to make is whether to leave and accept acute short-term pain, which is almost certainly guaranteed, for the highly risky but deeply desirable possibility of bringing about a reformed EU. Remaining in an unreformed EU is also very precarious. Once an unreformed EU is past the point of no return, perhaps only some form of revolution can reverse its undemocratic and bureaucratic course.

By far the riskiest decision would be to leave the EU on June 23. However, the British people have arguably just this one chance to save Europe from itself by triggering a series of events whereby Europeans can force change on Brussels by sowing the seeds of its demise in its current form, and in turn create an opportunity for a far better future than its current course can provide. But it is one hell of a risk, and probably can only be justified by voters taking a long-term view. 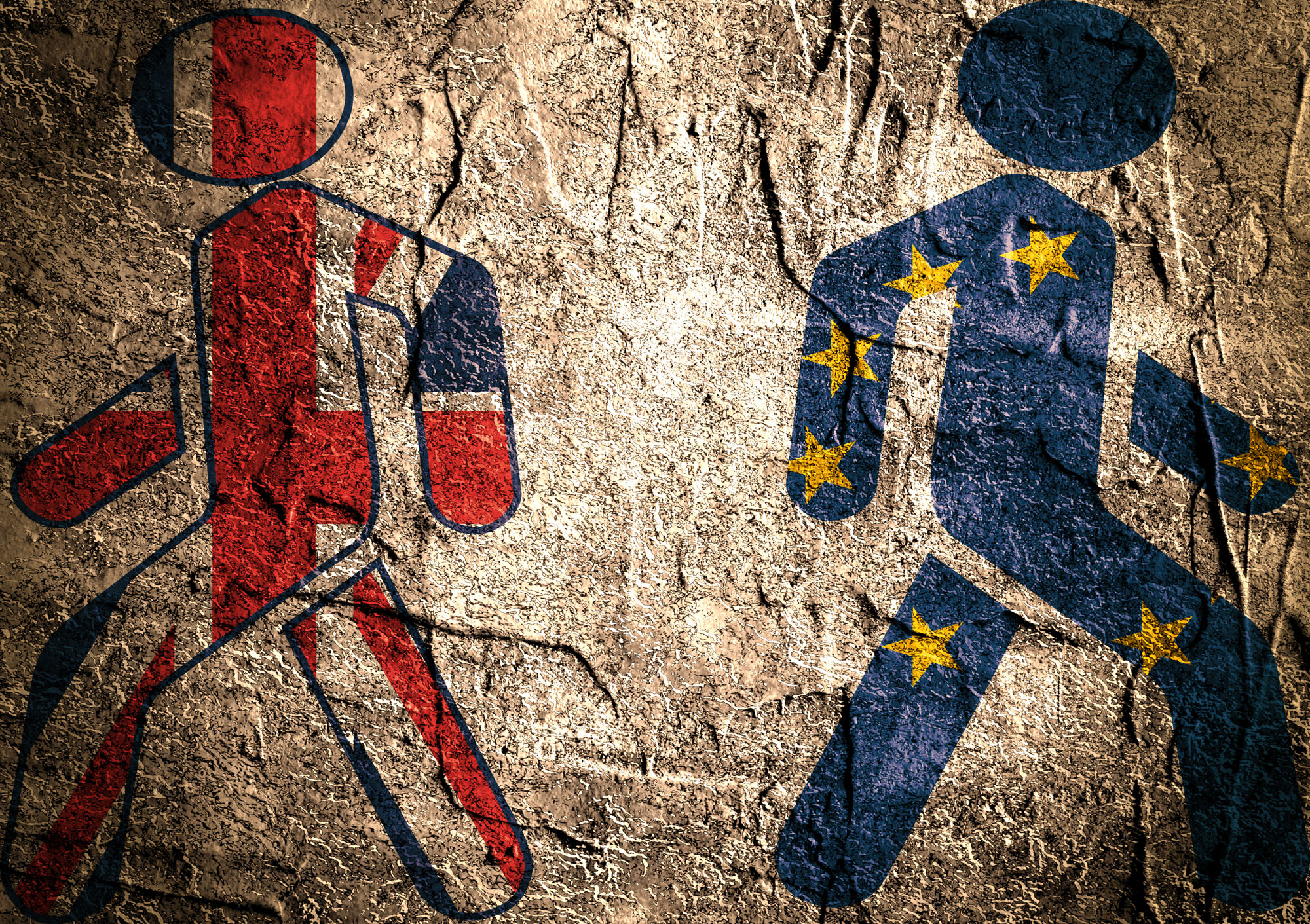