/ Health @en / “Vitamin C supplements can stop you getting a cold”: myth or reality?

“Vitamin C supplements can stop you getting a cold”: myth or reality?

DANTE magazine cares about health. One of our guiding principles is Mens sana in corpore sano– “healthy mind in a healthy body.” One of the ways to that is by taking lots of Vitamin C, right? Not necessarily. Indeed, that even may be wrong.
Here Maria Mekhael investigates the benefits of Vitamin C – are they real or imagined?

Many people would struggle to describe the biochemical roles of riboflavin (Vitamin B2) or even Vitamin E.

Vitamin C, on the other hand, is not only familiar to most, but is ubiquitously linked with immunity. In fact, the immune-boosting potential of this nutrient been proclaimed for decades and supplements have become increasingly popular to protect against the usual onslaught of seasonal illnesses or help fight the common cold symptoms…but are Vitamin C’s immune superpowers really all they are hyped up to be?

Where did the idea that Vitamin C has “cold-combating” powers come from?

Vitamin C has been linked to immune support (initially via treatment of respiratory infections) since it was first isolated in the 1930s.

The work of Nobel Prize winning scientist Linus Pauling in his book “Vitamin C and the Common Cold” published in 1970, led to renewed scientific interest in this association, and consequently, a great deal of public debate over its biological and therapeutic potential for immune support.

By virtue of its potent anti-oxidant function, Vitamin C helps to protect cells from oxidative damage by reactive oxygen species (ROS), which are generated by immune cells to destroy pathogens. It is also known to play an important role in the formation and function of leukocytes (white blood cells) and to support the production of cytokines, (cell-signalling molecules which help to regulate the immune system).

Though we know that Vitamin C (like most nutrients) plays a role in maintaining a healthy immune response, human studies looking at whether supplementation can enhance overall immunity are conflicting. Clinical trials looking at the effect of continuous Vitamin C supplementation on the incidence, severity and duration of the “common cold,” have shown differing results.

Studies examining doses of 0.2g/day or more of Vitamin C with healthy adults found that regular ingestion does not have a proven effect on “incidence,” i.e. it is probably not going to stop you getting that cold. On the other hand, researchers found that for those exposed to short periods of extreme physical stress (e.g. marathon runners, cross-country skiers, and soldiers on heavy training exercises), it may offer some protective effects and lower the risk of illness. 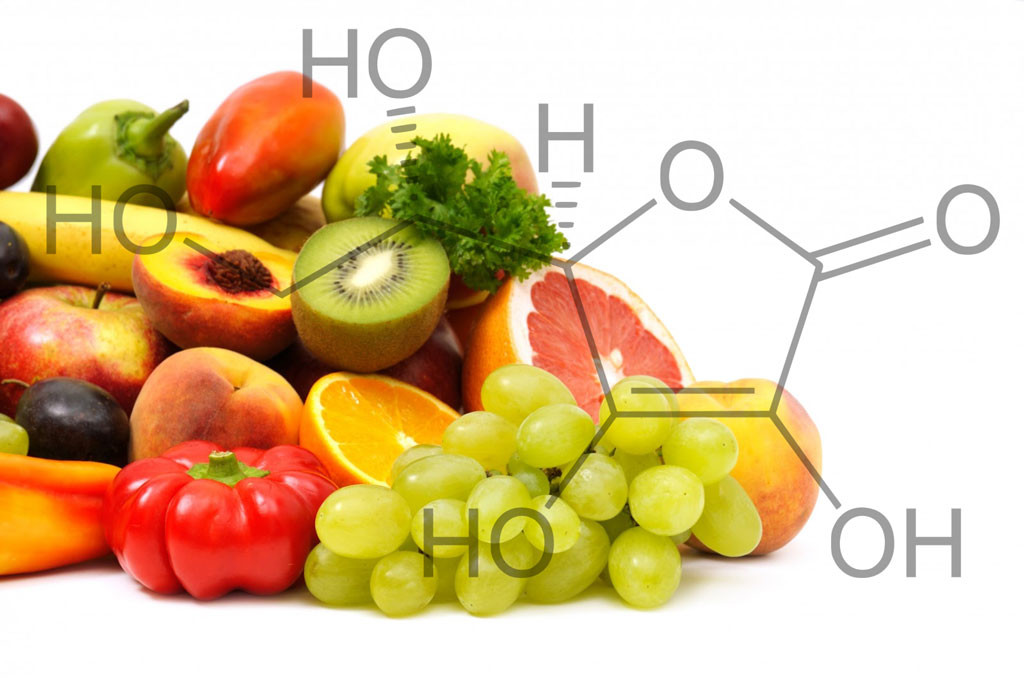 Whether Vitamin C supplements can reduce the severity and duration of cold and flu symptoms after the onset of symptoms has also been hotly contested. It is thought that Vitamin C may be beneficial, partly as a result of its anti-histamine effect, which is thought to help alleviate some of those nasty respiratory symptoms associated with the common cold and influenza. However, trials examining this use “therapeutically” are limited with varying doses used, making it hard to draw any firm conclusions.

Is it worth taking a supplement?

While Vitamin C supplementation is probably not the nutritional panacea some make it out to be – Pauling wasn’t entirely wrong either…If you’re training for a marathon or under a lot of stress in the office, it might be worth considering a good quality supplement, but bear in mind that many other factors influence immunity – small changes to your overall lifestyle, combined with improving the nutrient density of your diet are likely to have a greater cumulative impact. Vitamin C is just one of a host of nutrients which play important roles in the immune response, and mega-doses are unlikely to stop you getting sick, though supplements may have a minor effect on symptom relief. 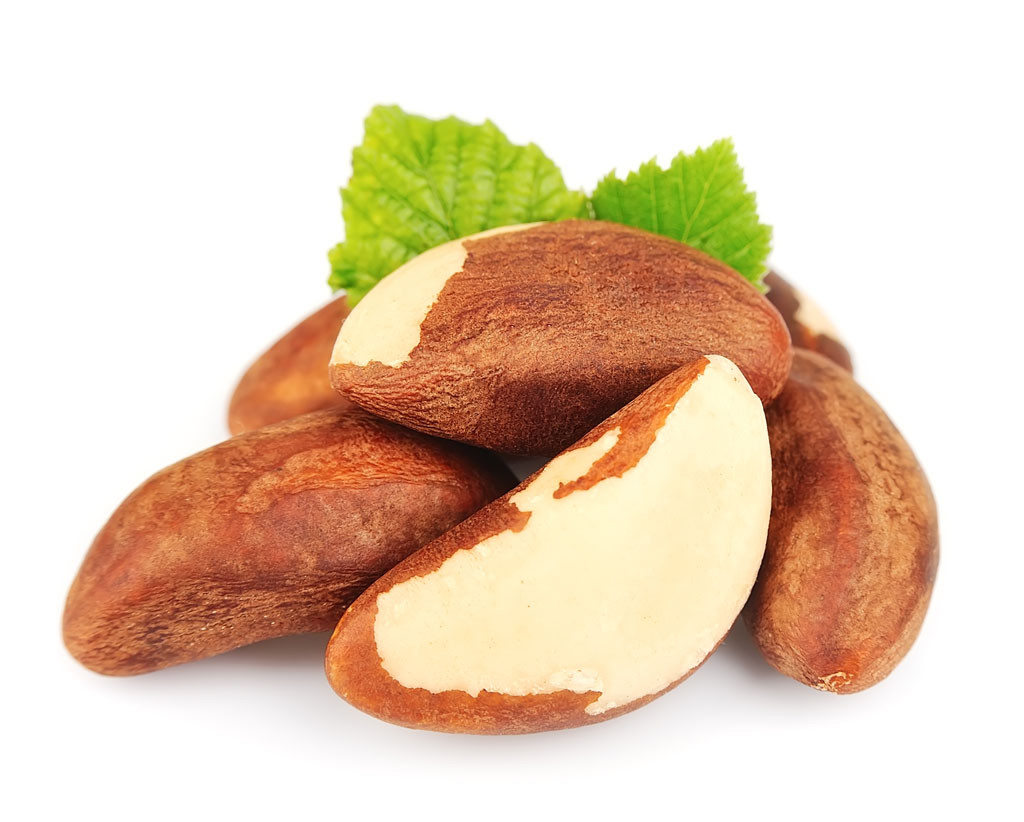 It is important to remember that the scientific evidence base for the association between Vitamin C and immunity is largely based on synthetic supplements featuring L-ascorbic acid, rather than whole foods, and this is so that the effect of a particular nutrient can be isolated. A “synthetic” vitamin is one that been made in a lab, and within these there are different types; ones that are ‘bioidentical’ (i.e. the same in terms of molecular structure), as they occur in nature – as is the case with the vast majority of Vitamin C supplements – and those that are not, (as is sometimes the case with synthetic Vitamin E, for example).

Research suggests that the bioavailability of Vitamin C itself (how well it is absorbed, metabolised and taken up by the cells and tissues) is unlikely to be affected by whether it is taken in purified supplement form, or received from whole foods. However, in nature, biological constituents are coordinated. When you eat kale, an orange, or a kiwifruit, there are various other nutrients and phytochemicals present in these foods. Although studies show these do not affect absorption and bioavailability, there is evidence that the biological mix of nutrients have more potent antioxidant effects (and impacts on immunity) than individual components alone.

In a study looking at the impact of nutrients in an apple on cell proliferation in colon and cancer cell lines in vitro, the small amount of Vitamin C contained in the apple did not inhibit the cancer cell line. Extracts of the apple flesh alone had some effect, but the greatest inhibition was seen with extracts of the apple together with skin. The authors suggest that the 100g of fresh apples with skin have a total antioxidant activity equivalent to 1,500mg of Vitamin C, although the actual amount of Vitamin C in the apples with peel is far less than this, approximately 5.7mg. 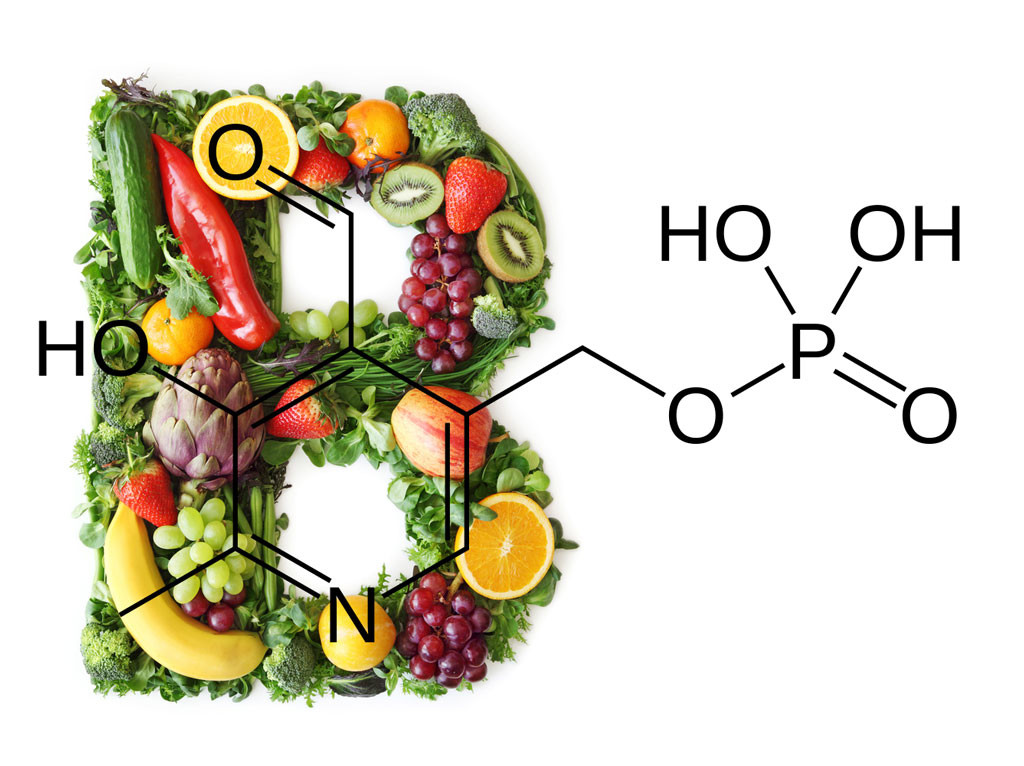 Eating a varied diet including a range of nutrient-rich plant foods is more likely to have a support overall immune function by providing a range of compounds that act together, enhancing the effect of Vitamin C found naturally in foods and giving a range of other health benefits. Foods that are high in Vitamin C (papaya, bell peppers, broccoli, watercress, kale, strawberries, cauliflower, melon, citrus fruit), also contain a multitude of other nutrients and phytochemicals as well as fibre, which help to maintain optimal health and wellbeing. As Vitamin C is water-soluble and heat-sensitive, you can get maximum nutritional benefit from eating vegetables raw or lightly cooked (steamed or gently stir-fried).

Though Vitamin C seems to have achieved a cult status amongst the general public, there are many other lifestyle and nutritional factors implicated in immune status and increased susceptibility to illness. Although a “magic bullet” in supplement form would be convenient, the best way to increase your immunity and ward off the seasonal cold and flu bugs is to make small, sustainable changes to your lifestyle and improve the overall nutrient-density of your diet.

It is estimated that between 70-80% of your immune tissue is located in the digestive system. Often the first point of exposure for pathogenic bacteria and viruses, your gut provides an important defence against illness; gastrointestinal immune cells work together to protect the digestive tract, but the various strains of “beneficial” gut flora are also critical for overall immunity. 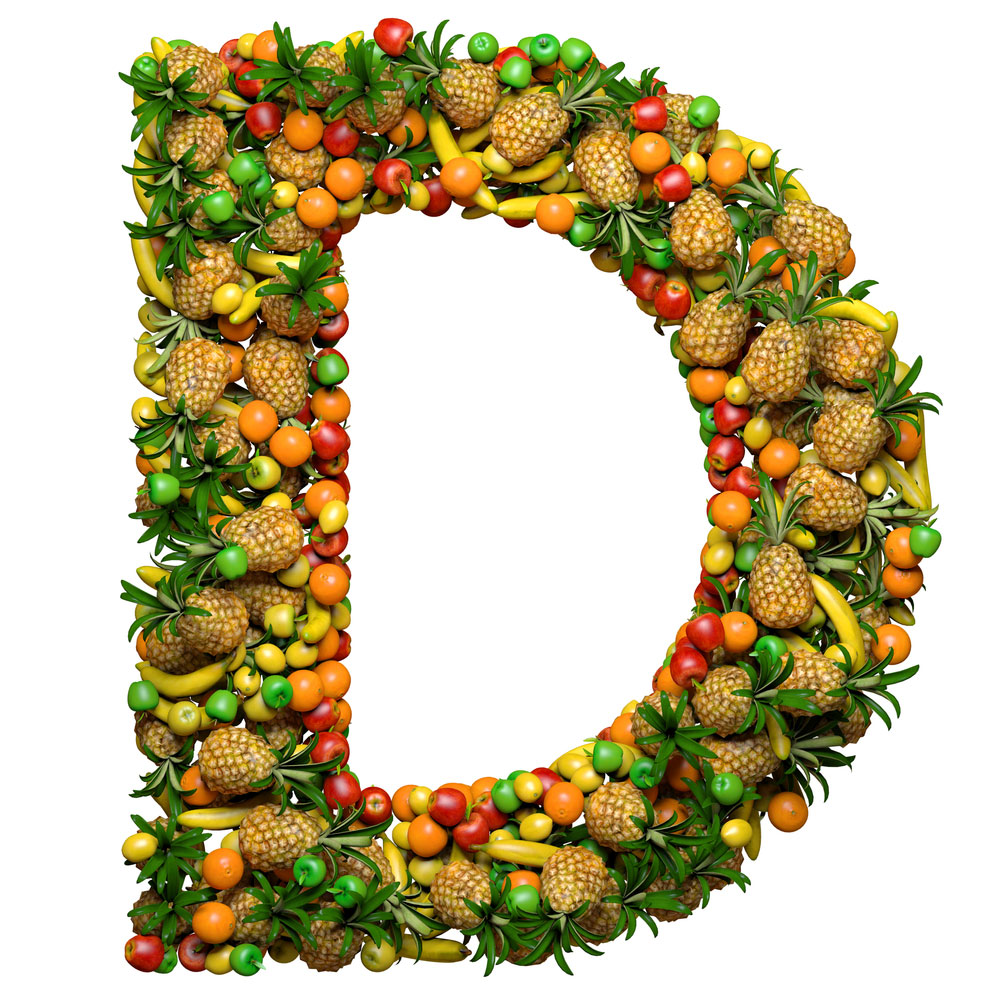 Vitamin D, as known as “the sunshine vitamin” has hit the headlines again in recent months, with research uncovering additional health implications associated with deficiency. Vitamin D is technically not a vitamin at all, and actually functions as a hormone within the body, playing an important role in the maintenance of a healthy immune system. Clinical research has suggested that there may be a relationship between Vitamin D status and susceptibility to flu, as well as duration of infection.

Unlike other vitamins, the amount in food sources (oily fish, egg yolks, dairy products, mushrooms) is very small, and even the richest sources of Vitamin D (e.g. wild salmon) would require an adult to eat 2-4 servings/day to meet recommended requirements. Most Vitamin D (80-100%) is synthesised from the action of sunlight on skin. Unless you are getting approximately 20 – 30 minutes of direct sun exposure daily, you may need to consider taking a good quality supplement to counter the lack of sunshine in winter months. 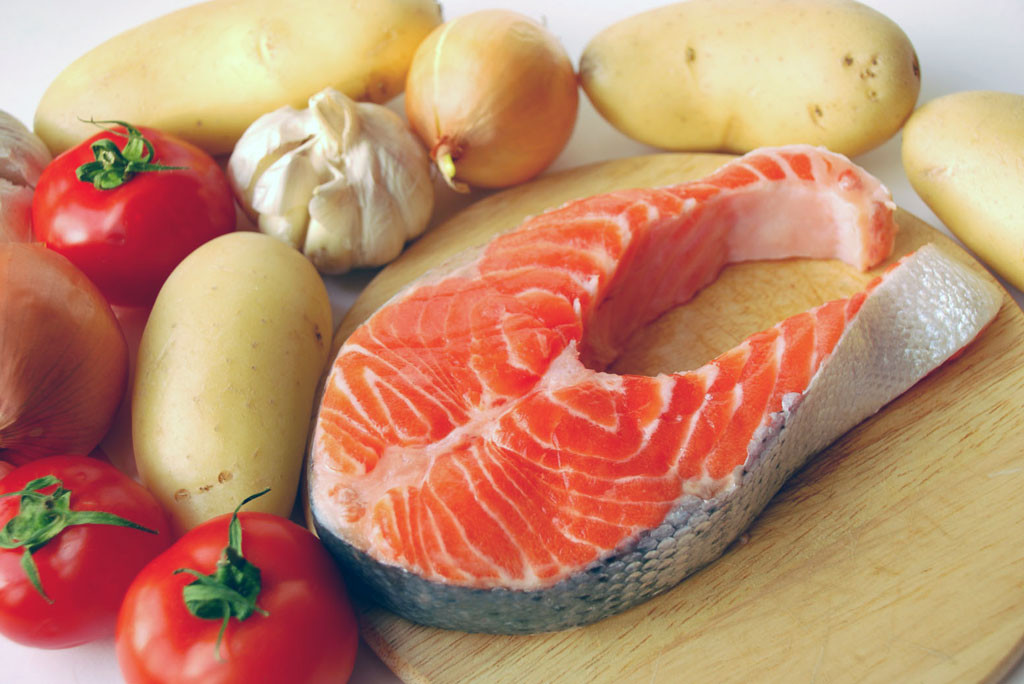 Almost all nutrients play some role in maintaining an “optimal” immune response, and both insufficient and excessive intakes may have a negative effect on immune status. Eating a balanced diet with plenty of wholegrains, fatty fish, fruit and a rainbow of vegetables, (particularly yellow, orange, red and green leafy ones), nuts and seeds will help to ensure that you have adequate amounts of Vitamins A, C, E and B2/6 which have been linked to immune support. Also important are the minerals selenium (good sources are Brazil nuts, sunflower seeds and seafood), and zinc (useful food sources include beef, sesame and pumpkin seeds, mushrooms, spinach and asparagus).

A range of plant-based compounds have been shown to have immune-stimulating properties and are thought to help boost the body’s natural defence mechanisms by activating immune cells. A well-known one is the phytonutrient “allicin” in garlic, which has been found to support a healthy immune response. Including lots of fresh and dried herbs and spices such as cinnamon, ginger, parsley, rosemary, oregano, basil and thyme can also help to boost immunity via their antimicrobial properties and add flavour to food at the same time!

Various hormones released during periods of prolonged stress can reduce the ability of the immune system to resist viruses and infections, leaving you more vulnerable to a host of illnesses. Finding quick, simple ways to reduce your stress levels such as downloading a meditation app (Headspace is a good starter app), trying yoga or other light exercise, lighting candles, or even simple breathing exercises (whatever works for you) can make a big difference to your overall immunity. Sleep deprivation is often a consequence of stress and is also linked to suppressed immune function – so getting enough rest, as obvious as it sounds, is also critical to boosting your immunity.

Regular moderate exercise has been shown to have a variety of beneficial health effects, one of which is enhanced resistance to illness. Check out your local fitness centres for deals and mix it up – most places will run special offers so you can try out different options and find something you love, whether that’s yoga, Pilates, spinning or dance. Or just get outside for a walk, run or bike ride…it’s free! Just don’t overdo it though…overtraining can have the opposite effect; clinical studies with elite athletes have shown that excessive intense exercise can actually lead to immunosuppression. 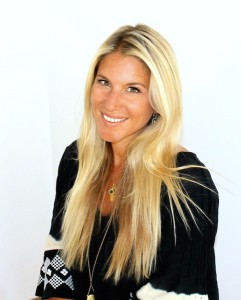 Maria trained at the world renowned Institute of Optimum Nutrition, graduating with a distinction in Nutritional Therapy.She offers individual nutrition consultations in London, and also works as a Nutritionist for a Nursery and Preparatory School in Fulham.

In addition, Maria is involved in various health-related partnerships and projects, including advisory work for start-up health brands.