Empowering the Blind in Nepal

“Vould you like choc ice?” an elegant Air France stewardess purred seductively as our Lima-bound Airbus bumped over a particularly turbulent patch of Amazon storm clouds. I was engrossed in my third in-flight film, Marsupalami, a rip-roaring French comedy set in Palombia, a fictitious South American dictatorship putatively located in the steaming jungle below us. Based on a 1950s Belgian comic strip, the plot is a hilarious romp involving a hunt for the secret of everlasting youth, radioactive orchids, narrowly averted human sacrifice and the mythical Marsupalami, a yellow monkey-like creature with superhuman strength. Biting into my choc ice, I couldn’t think of a more entertaining way to prepare for an adventure in darkest Peru. 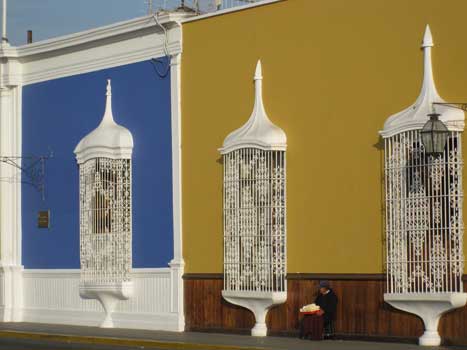 A week later, I was hiking along the slopes of the Cochahuayco river valley in search of another creature with a wacky name – the scarlet-plumed Cock of the Rock, Peru’s handsome national bird. My guide José had already introduced me to the delights of bird watching and, consulting the gorgeously illustrated Princeton Field Guide to the Birds of Peru, we’d already identified sky-blue tanagers, iridescent hummingbirds and bright yellow tit tyrants darting through the treetops. The winding path suddenly led out into a spectacular gorge flanked by jagged cliffs, festooned with curtains of emerald moss. In the distance, we could see the slender, white ribbon of the Gocta Waterfall cascading down a mountainside. At a dizzying 771m, this two-tiered waterfall is one of the world’s tallest, and is a spectacular focal point for hiking in the northern Andes. A sudden screech emanating from the thick jungle canopy below us made José freeze with excitement. It was the courtship call of the Cock of the Rock, wherein several males gather together and compete for the attentions of a female in an intricate and noisy treetop dance. Right on cue, the distant forest canopy erupted into a cacophony of frenzied whoops and warbles. But no matter how hard we peered through our binoculars, the raucous Cocks of the Rock remained as tantalisingly elusive as the mythical Marsupalami. 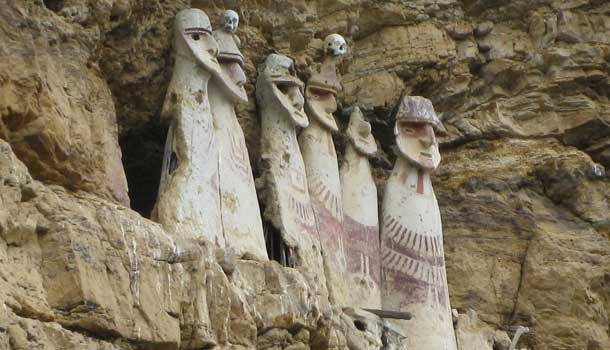 Because it plays host to one of the Seven Modern Wonders of the World, that means one thing for most tourists who visit Peru: flying to the beautiful Andean city of Cuzco in the south and making a beeline straight to the legendary ruins of Machu Picchu. This has left the northern part of Peru relatively undiscovered – which is a shame as tourists are missing out on recent archaeological discoveries unparalleled since the golden age of egyptology. Around 1500 years ago, the Moche civilisation flourished along the fertile rivers flowing down from the Andes. As the civilisation slipped into decline, many of the Moche’s mysterious adobe brick cities were engulfed by the Sechura Desert’s shifting sands. Recent excavations have revealed temples covered in beautiful polychromatic frescoes, and treasures as dazzling as Tutankhamen’s. 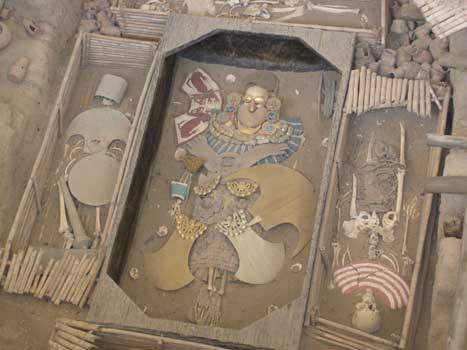 The main base for exploring the northern deserts is Trujillo, a charming Spanish colonial town an hour’s flight north of Lima. As I walked down the steps from the plane into the fierce sunshine, I was fully expecting blasts of searing hot desert air to burn my face. I needn’t have worried; Trujillo is known in Peru as the City of the Eternal Spring and for good reason. Along Peru’s northern shoreline, the freezing cold Pacific Humboldt Current sends blasts of natural air conditioning into the desert. Temperatures hover around 23°C all year round, which makes exploring the desert’s archaeological sites a delight. With tourists few and far between, Trujillo is blissfully unaware of its charms. The streets and squares are lined with beautiful blue and mustard-coloured mansions with ornate window trellises. Graceful baroque church domes pierce the skyline and a sprinkling of leafy plazas completes the elegant colonial ensemble. 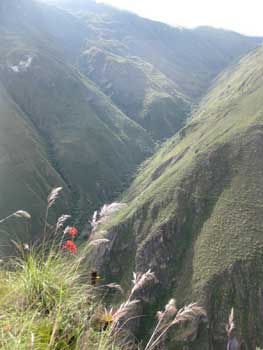 A short drive out of Trujillo’s dusty suburbs and the sinister conical silhouette of Cerro Blanco, the Moche’s sacred mountain, comes into view. At the base of the black, lava-streaked slopes, two vast temple structures were built: the Pyramid of the Sun and the Temple of the Moon. Made up of over 130 million bricks, the Pyramid of the Sun is the largest adobe structure ever built in the Americas, but what remains is a mere shadow of the original structure. In their lust for gold, the early Spanish settlers diverted the nearby Moche River to undermine the pyramid’s foundations, forcing the walls to collapse. The smaller Temple of the Moon has been much better preserved and recent excavations inside the onion-like structure have vividly brought to light a lost world of fascinating mythology and ritual. 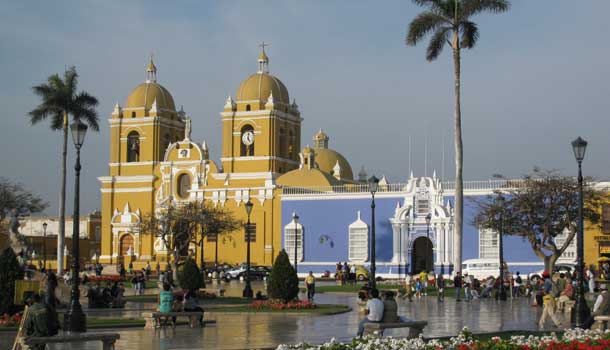 While visiting Peru’s archaeological sites, it’s impossible to avoid remnants of human sacrifice, and the first space you encounter in the Temple of the Moon is a sacrificial pit in which dozens of skeletons of Moche warriors were found. With a disconcerting smile on her face, my guide explained how elite warriors fought ritual battles in which the losers were presented to priests for sacrifice. After the warriors’ throats were slit and their blood drained, a priestess would carry a vessel of that blood to the king to drink. Meanwhile, the hapless warriors had the flesh stripped from the bodies and their skeletons were used as ritual marionettes. My head still spinning from this terrifying slice of history, I then came face to face with the gruesome visage of Ai-Apaec, the Moche’s chief deity. Otherwise known as the Great Decapitator, his boggle-eyed, fanged face, surrounded by human heads, stares out from beautifully preserved rhomboid frescoes decorating the temple walls. The blood-curdling mythology is mawkishly fascinating, but I was glad to have a breather as I stumbled across a display of humble adobe bricks. The makers stamped each brick with an identifying mark, and there amongst all the dots, dashes, and crosses, was a Smiley, drawn a thousand years or so before it became a pop culture icon. 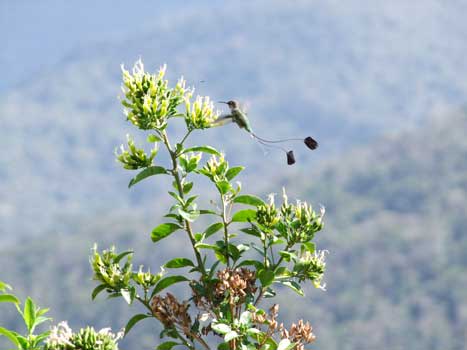 From Trujillo I drove north through the mournfully beautiful Sechura Desert to the bustling city of Chiclayo, stopping en route at the imposing ruins of El Brujo. Located next to a majestic, windswept stretch of the Pacific Ocean, the remarkable intact tomb of The Lady of Cao, a 1600-year old Moche queen was discovered at this ancient city in 2004. A striking contemporary museum of polished, angular concrete and beautifully lit rooms shows off the treasure to breathtaking effect. Highlights include intricately wrought golden parrot and puma earrings, a beaten gilt copper crown, and The Lady of Cao herself, whose extraordinary mummy is covered in sinister-looking spider tattoos. Displayed on a raised platform and lit by a soft blue light, she hovers above her treasure like a levitating ghost. I stood for ages contemplating the unfathomable world she must have inhabited and so didn’t notice a small crowd gathering behind me. When I turned around I was startled to see about twenty primary school children staring at me in owl-eyed wonder rather than at this phantom queen from a long-lost world. With tourists a rare sight in this corner of Peru, you’ll often be the prize exhibit as you wander around the ancient sites! 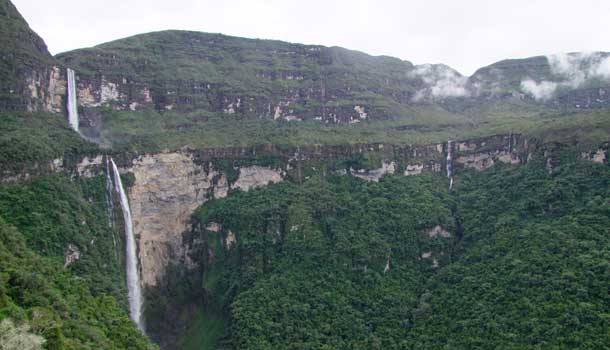 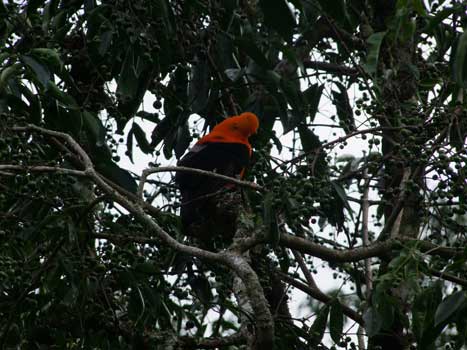 I left El Brujo feeling as if I’d just been in an Indiana Jones film. But perhaps the most mysterious attractions of the northern deserts are found in the Valley of the Pyramids at Tucume. Here twenty-six adobe pyramids cluster around a sacred mountain known as Purgatory Hill, which is covered in the spiky arms of hallucinogenic Saint Peter’s cacti. These plants were used by the Moche in religious ceremonies, and shamans still travel to the mountain to imbibe the drug and perform ritual divinations. A rocky path leads up the mountainside to a lookout where I sat down on a parapet to take in the magnificent view. A fresh breeze was blowing in from the Pacific and the staccato trill of mockingbirds was echoing around the mountain slopes. The eroded pyramids resemble giant termite mounds and are dotted by the flapping tarpaulins of archaeological digs. Treasures are discovered almost every year in the Sechura Desert and the whole region has become a looter’s paradise. I idly fantasised about buying a metal detector and discovering a quick and easy fortune. At that moment a giant, black bee flew straight into my face and I almost toppled backwards off the parapet in surprise. I was a hair’s breadth away from becoming an impromptu human sacrifice myself. I made a mental note in future to be more respectful when visiting sacred locations lest I incur the wrath of vengeful ancient gods. In a land where the Great Decapitator once held sway, you can never be too careful. 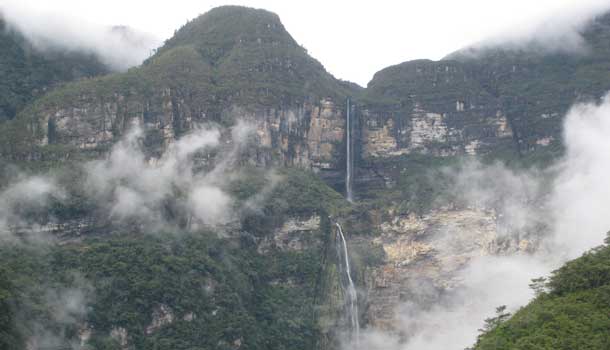 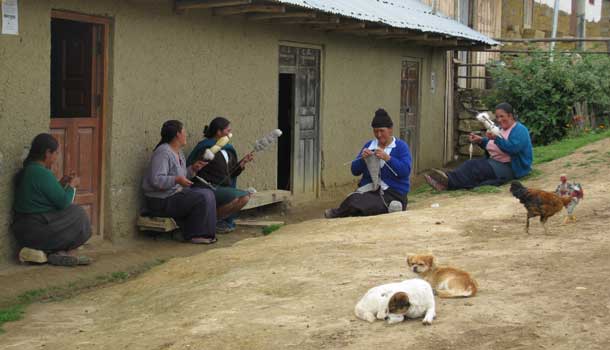 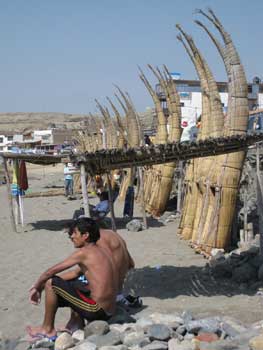 Their 13-day Northern Peru Holiday visiting the desert city of Chan Chan, the treasures of Sipan, Chachapoyas and Kuelap cost from £2782 per person.

Fares from London Heathrow to Lima, via Paris Charles de Gaulle, start from as little as £586 return.