“The End of History?” Hardly. The post-Cold War World has not developed according to irrationally exuberant, triumphalist predictions made in the giddy days immediately following the fall of the Communist bloc. It certainly could – and did – get worse. It is time to take a sober look at where we are, how we got here, and where we want to go.

“Times are changing” may be the most understated way to begin this article. Old Twentieth Century truths like: “Democracy is the best out of the worst of all systems”, or “The European construct is intrinsically a force for good” are increasingly out of tune with a disgruntled southern Europe. These assertions are dissolving at least as fast as a quick rise of a suspicious, burgher-like North. Old divides are reawakening, cultural stereotypes are returning. This, one can argue, is linked to a totalitarian time born out of the ruins of a defeated Soviet Marxism. The fear caused by the Soviet Union is no longer there, and this was the fear that, to a degree, kept the purses of big corporations open, the states’ treasuries more balanced, and the people better taken care of.

Could anyone have predicted that the great victory of the West would turn out to (maybe) become its greatest tragedy? Did anyone suspect that the loss of a competitor across the then-Iron Curtain would lead to a loss of social, labour and other long-fought-for rights? Was it foreseeable that big finance, no longer fearing for safety, would blackmail and rule over states?

The Fukuyama inspired view of the early 90s, post-Berlin Wall, post-Perestroika was that history had ended. Democracy and Western-based values had won the day. It looked like all the nations could finally aspire to the same standard of living that Europeans, North Americans and other citizens in democratic states had enjoyed for decades. It looked like, sooner or later, everyone would be entitled to vote, to speak out against government with no fear of persecution.

There was but one victor, there was but one system. Even countries where somehow the system of government did not change much, or where the one party system survived the first blows of pro democracy uprisings, made concessions, either at the grassroots level – allowing for citizens to access complaints or judicial mechanisms with greater ease – or through constitutional and leadership changes.

This now looks like the most simplistic and inexact of views. Things couldn’t only get better.

What has happened is that the opening of markets and the ensuing globalisation, in spite of having brought a modicum of improved living standards to those in the so-called third world countries, together with deregulation have produced what the Pope calls “capital without nation” in a reality of weakened and weakening nations. This new capital of faceless funds feels no allegiance to countries, regions or continents. It feels no responsibility to create value, only to profit and return to shareholders. It is further emboldened by one of the most mediocre, self-serving generation of politicians to have gained power – some of whom used to work in the very banks that they helped save.

It is another ironic sign of the times that we, the moderately indebted peoples, are being lectured about how wrong we were, and how austere we must be by those who, after accumulating colossal debts that nearly left them bankrupt, received public funds to clean their toxic balances and still have not changed their ways. It is a case of “Do as I say, not as I do.”

This same attitude has spread to governments and to the public space and has produced, as in almost no other time in history (with perhaps the exception of the Soviet Union), a totalitarian public space, where commentators or politicians who do not sing the exact same tune get sidelined or are not broadcast. The messages are repeated with slight variations to allow for a personal touch. The numbers quoted, whether they be spending cuts, stimulus packages to companies, or economic projections that somehow always fail to materialise (but in the meantime serve to justify further slashes in public spending, especially on social benefits) are never verified, neither by opposition parties nor by a dependent media desperate to stay in the good graces of advertising companies. There is one message, one way, one possible result, and successive waves of echoes. 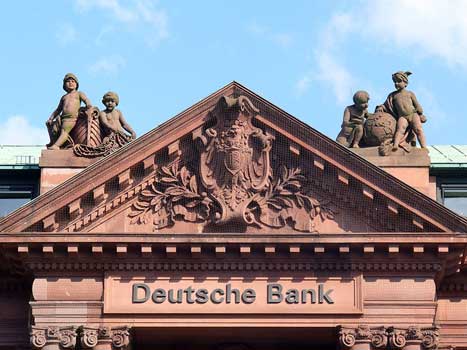 Some of these echoes we face in Europe start sounding more reminiscent of “Tea Party America”, or old Dickensian times. In the sunny, broke South, while the non-democratic left-wing parties seem to bask in the glory of being proven right about how self-destructive this over-liberalised form of capitalism can be (while picking up voters in the process), the right-wing conservative parties have lost any qualms about promoting ideas more typical of pre-democratic times: for instance, how private charity is so much better than social benefits, because then we do not have entitlements. We hear of politicians addressing allies like a Development Aid Agency as one would speak to a spendthrift teenager. We are amazed by how, at the same time it becomes less acceptable to speak in disparaging terms of gender or sexual minorities, it is apparently more acceptable to insult those poor lazy, early-retired, corrupt southerners.

And so we arrive at this scorched-earth policy, or as Portugal’s Prime Minister calls it “austerity at all costs.” While most European countries hold on to airline companies, air and sea-port operations, or utilities, even using these companies as covers to help them buy stakes in other countries’ similar operations, or make social benefits more equitable and inclusive, increasing pensions, or helping the unemployed, the Mediterranean rim countries are busy pushing ahead, sometimes out of conviction, others in order to get loans, with “Americanisation” of their, at best, embryonic welfare system (despite the fact that taxes are more typical of Scandinavia). They discard strategic state services at discounted prices at the same time as an abrupt significant reduction of income annuls consumption and destroys the local economy. Exports are not enough to keep countries afloat. And one has the feeling that in some cases these countries are being used as guinea pigs for the economic and social testing of theoretical models. In years to come economists in universities, think tanks and international institutions will be analysing what happened in Ireland, Greece, Portugal and other countries being forced to implement fast adjustment austerity policies.

It is hard to accept open public lecturing between countries at the best of times. It is much worse when times are bad. So every time I hear Merkel, Draghi, Barroso, Schlaube, or any others holding a megaphone to announce to the South that the beginning of recovery is nigh, I am immediately reminded of a true story about an elderly lady named Aurora. She had suffered a severe stroke and had been slowly convalescing in hospital. One day, still twisted, barely speaking, with little movement in her limbs and with no certainty of a full recovery she overheard two nurses speaking about their daughters. She said with great difficulty that her greatest regret was not having had children of her own. One of the nurses, as a way to console Aurora, replied: “Never you mind love, at least you have your health.”

This is exactly how the Southern Troika countries are being addressed today. The tone is condescending yet demanding, patronising yet punishing. One only has to recall one of the latest speeches of Victor Constâncio, VP of the ECB, advocating that in the near future any state asking for loans from the EU, or ECB should be forced to sign away a degree of autonomy in order to execute reforms and policies contained in a “Bilateral Agreement” dictated by the Central Bank in Frankfurt. Some years ago, everyone applauded the independence of Central Bankers who used to receive instructions from governments. Now it is getting to be the exact opposite. Central Bankers want not only independence to set, among other things, the price of money, they want to manage those countries in difficulties.

The sombre mood of the present, reminds me of what Portuguese writer Teixeira de Pascoaes described as “nostalgia for the future.” It stems from the sense that the people are no longer the authors of their own narrative. And even though some would argue this is not entirely new, the magnitude of the loss of the ability to influence is unprecedented and indeed novel. It is a sense that is heightened by the submissiveness of politicians to the markets and by a so-far either non-existent, or as yet unknown viable global alternative.

We are all aware of the risks of keeping the people too unhappy and too hopeless for long periods of time. Europe will not be able to drag its feet around this crisis much longer, for it will risk not only the long term prospects of all it has accomplished in the last decades, but also the very perseverance of those triumphant western values. It is time to think outside the comfort zone that has brought us to this state of affairs.