Luckily, in today’s world, cake is not longer just for royalty – especially at Christmas. Pandoro and panettone are two traditional Italian Christmas cakes, that everyone can enjoy.  Massimo Gava tells us about their fascinating origins.

We’re approaching the last month on the calendar and what a stressfull year has been. But we can see a little light at the end of the tunnel, hence one more reason to celebrate the festivities with  yummy food and cakes! As an Italian, Christmas is not Christmas unless I have the traditional panettone and pandoro, two of the most traditional Italian cakes.

Nowadays you can buy them all over the world, but if you have the time it is cool try to make them one  yourself. The original recipes will be given at the end  of this article, but first let me tell you something about the origins of these legendary cakes. I am a firm believer that knowing the history behind any type of food helps us appreciate what we eat. So, let’s start with the word “panettone” itself.

It derives from the Italian word “panetto,” meaning a small loaf of bread. Although nowadays this cake’s home town is Milan, the true origins of it date back to the Romans, when they sweetened a type of leavened bread with honey. Throughout the ages, this cake makes appearances at banquets of Popes and Emperors during the time of Charles V. 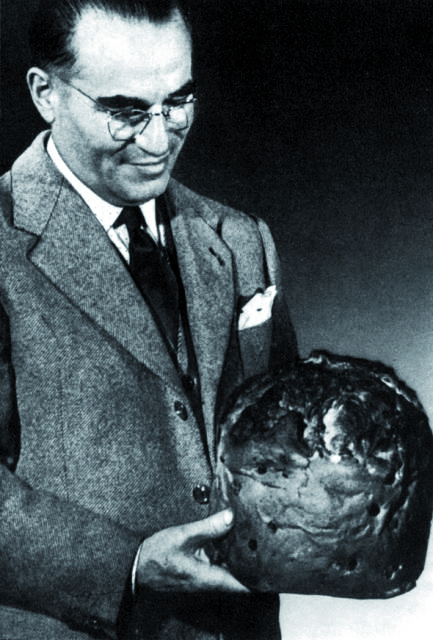 It’s also depicted in a 16th century painting by Pieter Brueghel the Elder. But the first recorded association of the cake with Christmas is in the writings of 18th century illuminist Pietro Verri. He refers to it as “Pane di Toni.” There are many legends surrounding panettone that date back as far as the 15th century. One maintains that during a Christmas lunch at the court of Ludovico il Moro, the duke of Milan, the cook burnt the cake. Seeing how desperate his master was, one of the cook’s scullery boys, called Toni, suggested they could use the sweetened bread he’d made for himself that morning. The cake was duly served and was rapturously received by all the guests. Then again there is another story which I personally prefer because it encapsulates the love and passion that Italians put into their cooking and how they’ve made their cuisine so unique. A nobleman, Ughetto Atellani, had fallen in love with Adalgisa, the daughter of a poor baker named Toni. To make her fall for him, he disguised himself as a baker, was hired by her father, and proceeded to invent this rich bread from flour, yeast, butter, eggs, dried raisins, and candied lemon and orange peel. It was such a success that it brought prosperity to the baker’s family. As a result, the Duke of Milan, Ludovico Sforza (1452–1508), was able to agree to the marriage, which Leonardo da Vinci himself attended and  it encouraged the spread of this new cake-like bread called ‘Pan de Toni’ (or Toni’s bread). 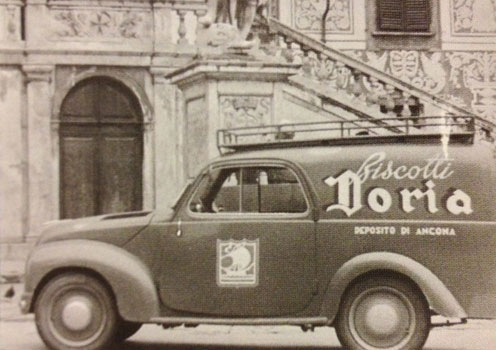 Whatever the true origins of this cake are, it would not be so popular today if, in 1919, a baker named Angelo Motta hadn’t started producing his eponymous Motta panettoni revolutionising the traditional recipe by letting the dough rise three times, (almost 20 hours) before cooking. This gave the cake its now-familiar soft texture and unmistakeable dome-like shape. Around 1925, another baker, Gioacchino Alemagna, 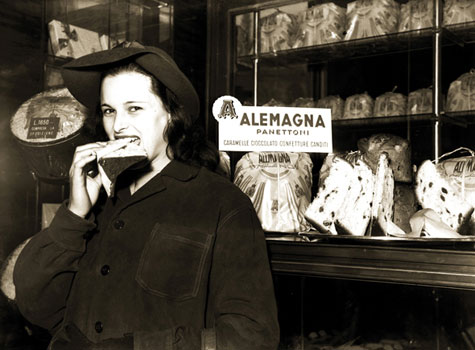 adapted this recipe again, giving his name to yet another popular brand that still exists today. The stiff competition between the two that then ensued led to production of panettone on an industrial scale. Nestlé took over both brands in the late 1990s. However, Bauli, a company based in Verona, after aquiring the biscuit manufaacturer Doria in 2006, bought back Motta and Alemagna from Nestlé in 2009, becoming the world’s leading bakery company. 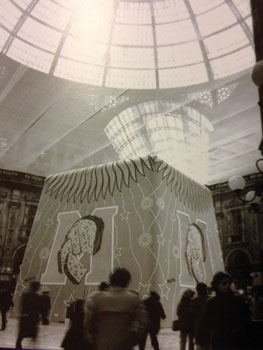 And it is precisely in the city of Verona that has given birth to another cake which has been challenging the hegemony of panettone on Italians’ Christmas tables, namely, the “pandoro” (literally, golden bread). So now it has become almost a distinguishing mark – people talk about themselves as more of a pandoro person than a panettone person, just like, in England, people say “I’m more a tea person than a coffee one” or vice versa. 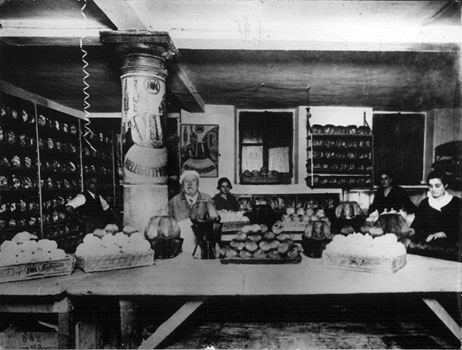 Of course, like everything else in Italy, the pandoro comes with its history and traditions.
The reason for the name “golden bread” dates back to the Middle Ages, when white bread and sweet bread were reserved for the nobilty – peasants could barely afford brown bread. Bread enriched with eggs and sugar or honey was served in the palaces and was known as “royal bread” or “golden bread.” Mention of the Royal Bread is found in a 17th century book by Suor Celeste Galilei, Letters to My Father, the” infamous ” heretic, Galileo Galilei. However, the bread was already known and appreciated in the ancient Rome of Pliny the Elder in the 1st century, and Virgil and Livy also mention it, referring to libum.

Not until the 18th century, though, do we find the first reference clearly identified as pandoro. The dessert was part of the cuisine of the Venetian aristocracy. At the time, Venice was the principal market for the spices and sugar that by then had replaced honey in European pastries. It was in theVenetian territory of Verona that the formula for making pandoro was developed and perfected. This process took almost a century but on October 14, 1894, Domenico Melegatti obtained a patent for the procedure to be used in the production of this soft golden dough – shaped it like a frustum (lopped-off cone) with an 8 pointed-star section, it was served dusted with vanilla icing sugar, made to resemble the snowy peaks of the Italian Alps during Christmas. 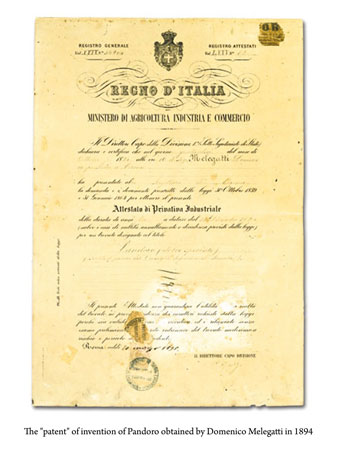 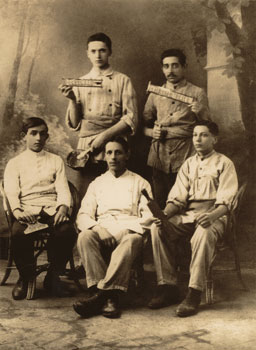 As with the panettone in Milan, in Verona in 1922, another player – Ruggero Bauli – started commercial production of pandoro, making it known worldwide with the aquisitions of brands described earlier.

Since then many more brands have had success with these two cakes but these four people have been the modern pioneers of the original authentic Italian brands. Anyway the million dollar question now is: Are you a pandoro person or a panettone person?

Personally, I like them both. They each have quite a different character, but the beauty of these cakes lies in the fact that they can appeal to a different range of tastes. Whether you like to bake it yourself or just buy it from the shops, the versatility of these cakes is such that, with a bit of creativity, you can personalise your panettone or pandoro and transform it into your own unique dessert. 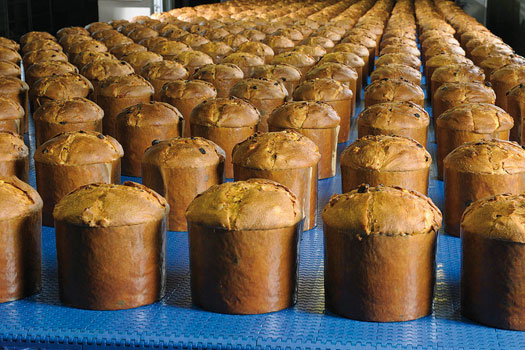 However, if you buy one ready-made, I warn you! It seems that almost 70% of the “made in Italy” products around the world are fakes, basically, not made in Italy at all, so please, please make sure you get an authentic one. It does make a difference not only in taste but in the quality of the ingredients. And price-wise, it’s always worth to pay a little extra for quality .

The ingredients for the cake are very simple. The dough is made from flour, eggs, milk and sugar, flavoured with raisins and candied peel.

Preparing the cake at home is not complicated, but you need to have patience and take a whole day to prepare it because the cake needs enough time to rise. In the version I’m giving you here, the cake was prepared using artificial yeast rather than natural. This speeds up the process that would otherwise take several days.
This recipe serves 10-12.

Dissolve the yeast in the water. Separate the eggs. Sift the flour in a big bowl, make a well in the centre and add the yeast liquid. Mix by hand, gradually adding the egg yolks, the sugar, and the salt until the dough is fairly firm. Add the melted butter, mixing it well, then incorporate the lemon zest, raisins and candied peel. Turn the dough out onto a floured surface and knead for 5-8 minutes, until smooth and elastic. Place in a greased bowl, cover with a damp cloth and leave in a warm place to rise.

After about 1 hour turn the dough out onto a floured surface and knead again for 2 minutes, then shape it into a tall oval loaf in order to get the classic panettone shape. Place the dough in a tall, greased cake tin lined with grease proof paper. Leave it to rise until it has doubled in size (5-6 hours).

Cut the top with a cross shape and brush with egg white slightly beaten. Bake in a moderately hot oven, 200°C, Gas Mark 6, 400°F, for 1 hour and 30 minutes or longer, until well-cooked, and of a rich, dark colour.

Serve the panettone with any spumante, although considering the cake is already quite sweet, I like to serve a Lugana, a local wine from the Lake Garda region, not far from Verona, which complements it perfectly. 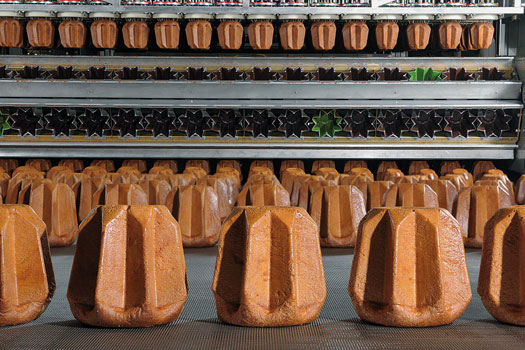 Sift the flour into a bowl, add 10 g of salt, baking powder and previously separated egg yolk. Mix everything well. Add 2 tablespoons of warm water. Cover the dough with a cotton towel and let it rise for a couple of hours.

Knead the dough and stir in the cream, grated lemon peel, the rest of the butter and vanilla. Mix until the mixture is smooth.

Make two balls from the dough and place them in two buttered moulds. Let them rise in a warm place until the dough reaches the edge of the moulds. Bake for 40 minutes in a preheated oven at 190°. Lower the heat to 160° halfway through cooking. Let the pandoro cool and sprinkle with icing sugar. The pandoro has a calorie content slightly higher than that of bread, with an optimal distribution of calories from protein, fat and carbohydrates. This makes the pandoro easily digested and assimilated, allowing you to commit the sin of gluttony!

Now some sweet suggestions from the chef of celebrities Marco Pernini

Modern taste sometimes calls for pandoro to come with chocolate chips and zabaione cream and many other variations proposed by the manufacturers. But my tip, if you want to personalise your pandoro, is to cut a hole in the bottom and remove some of the soft interior. Fill with chantilly or vanilla custard cream, mascarpone cheese, or any ice cream you like and then serve. You’ll end up with a unique dessert, sure to garner you plenty of praise.

By the way, if you decide to serve it without any addition, warm it up in the oven for no more than five minutes; this allows all the ingredients to blend even more. You’ll see what I mean when you serve it!

Happy Holidays to all our Dante readers and Happy Eating!