City to City Capsule : THE 6 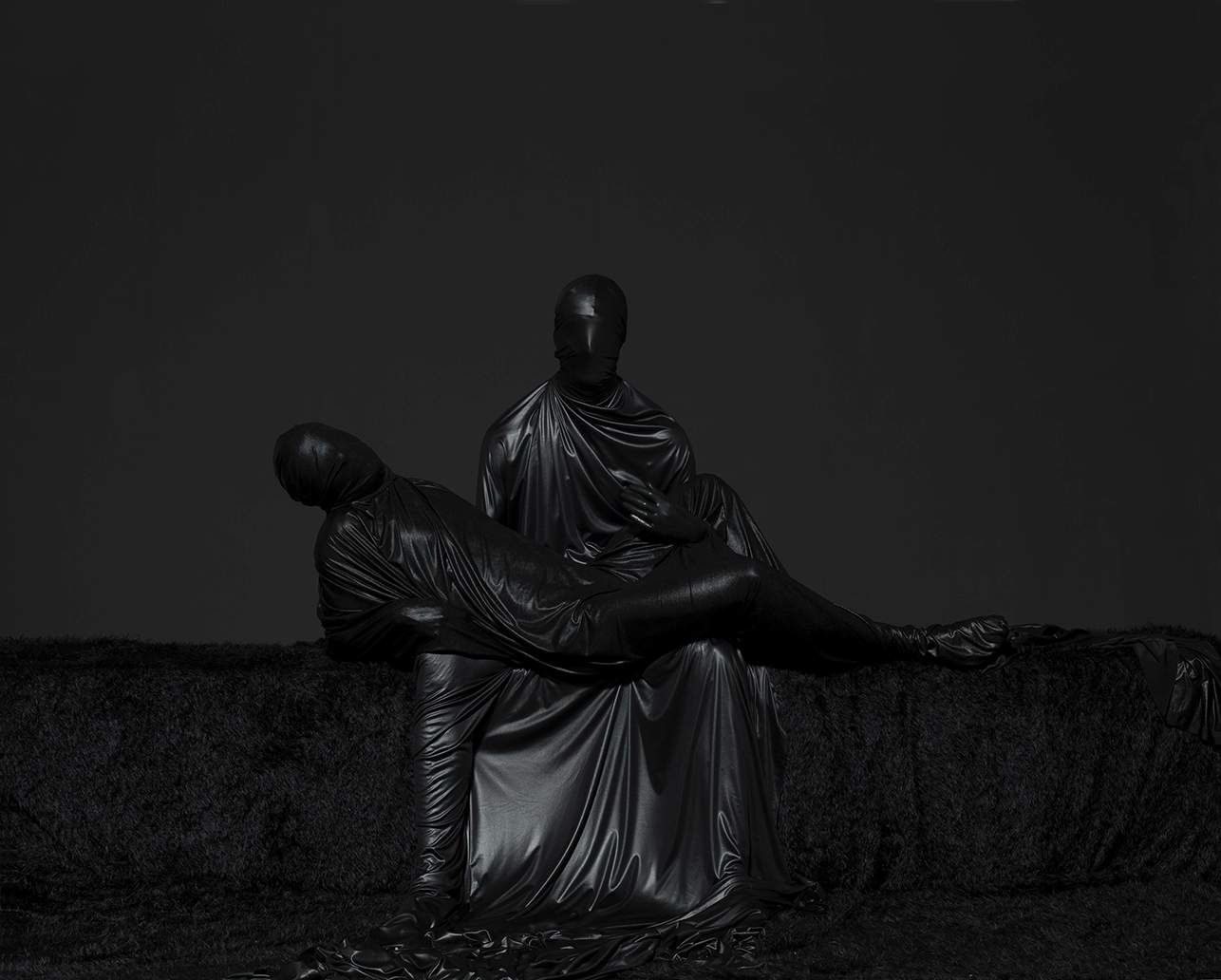 A good traveller has no fixed plans and is not intent on arriving – (Lao Tzu, ancient Chinese philosopher).

Artist and photographer Mustafa Sabbagh chooses Italy as his perfect hideaway. Yet he wanders globally – and keeps his viewers wondering about the world he wants to change by his vision. Massimo Gava meets him. 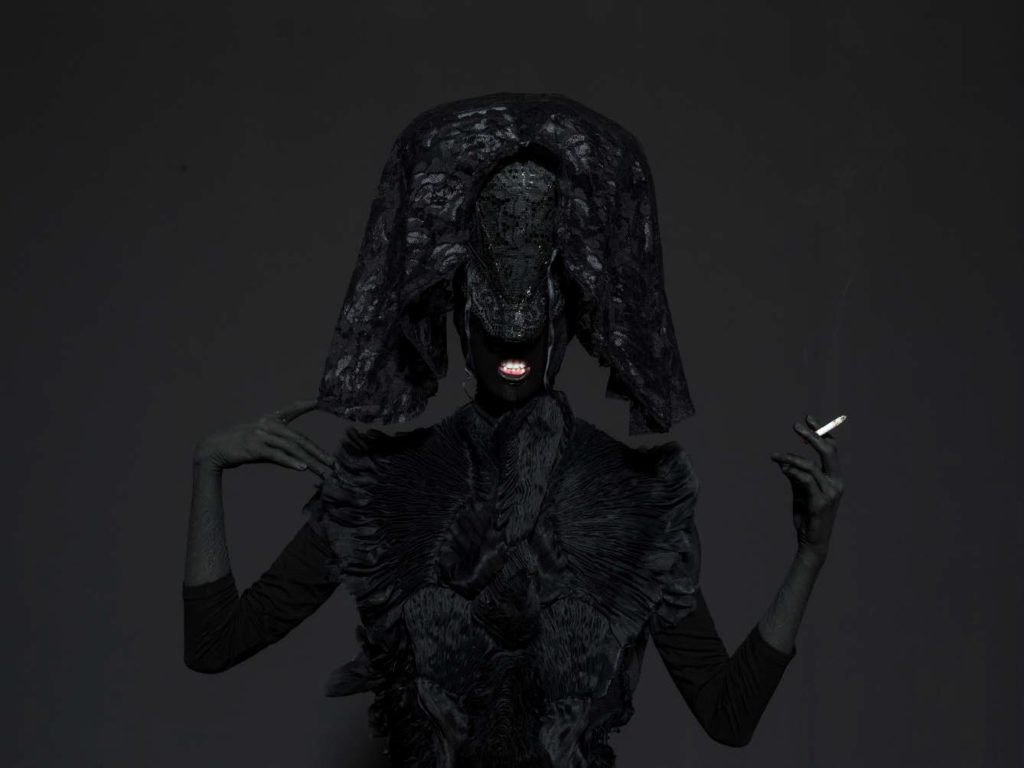 Mustafa Sabbagh was born in Amman, Jordan. He has a Palestinian father – one of the first 1948 refugees to cross the border to Jordan – and Italian mother. The two met in Rome: he was working in the Jordanian embassy while she was visiting the Italian capital from Trieste. They got married and moved to Amman, where they raised eight children. Mustafa is the eldest.

“Mum was a Christian, Dad Muslim, but neither of them had to convert to each other’s religion and for us kids it felt like a privilege to celebrate every year’s festivities from both religions.”

At the age of six, Mustafa received his first Polaroid camera as a present and started to take his first pictures. 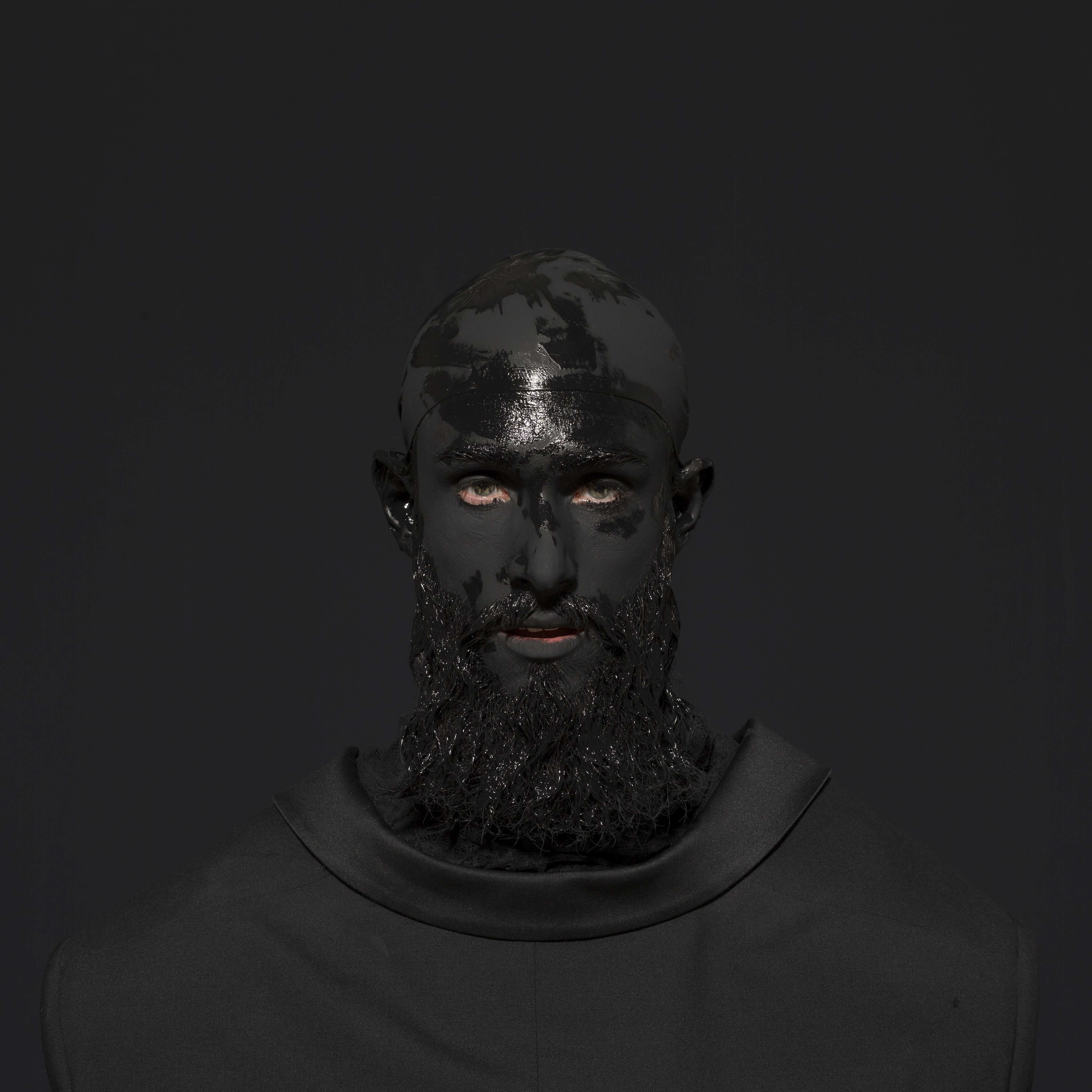 He was always attracted to the thinking beyond the images and after he finished the lyceum in Amman, wanted to pursue his further education in the U.S.

So at the age of 19 Mustafa moved over there but soon after he realised that world he dreamt of entering was a bit too far from his reality. His father suggested that instead of returning back to Jordan he should travel around Europe. Mustafa visited England first, France, Germany and then went back to see his grandmother in Trieste, a town in the north east of Italy close to the Slovenian border. He had visited his grandma before when he was little with his mum, but this was the first time he faced the country alone with his broken Italian. 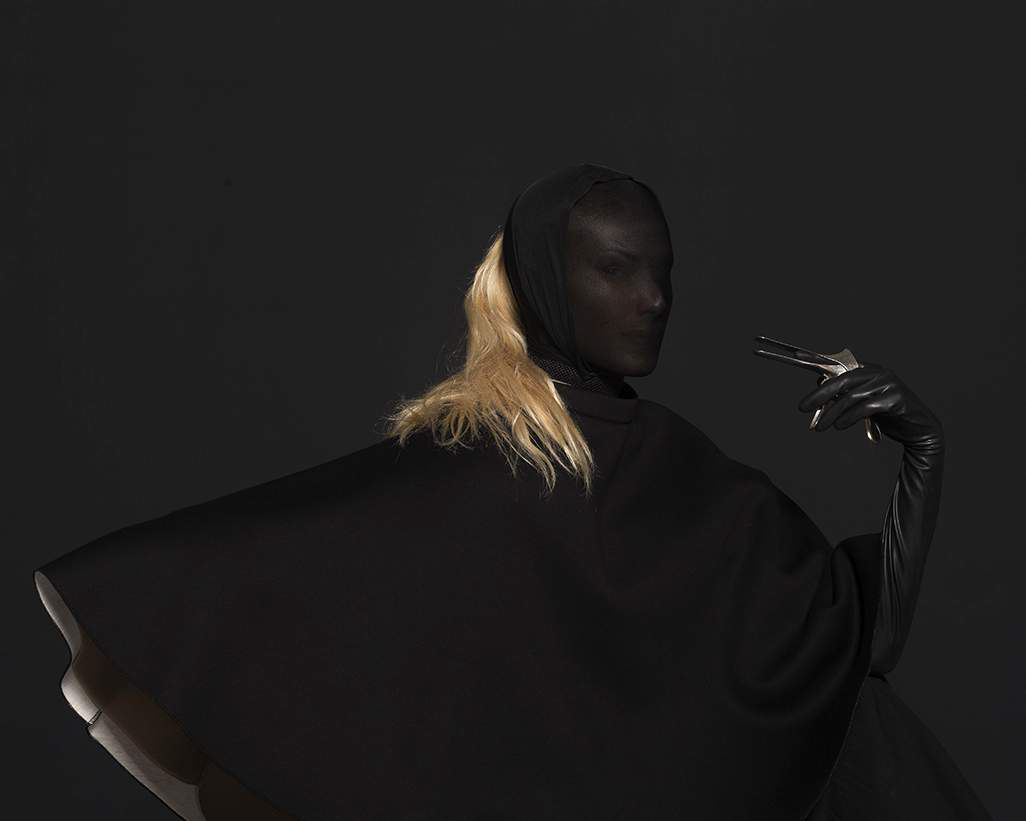 Sabbagh fell in love with Italy and decided to join the engineering course in Trieste but subsequently changed to architecture because it suited him more and he enrolled at Venice’s University. As he was studying he moved again and settled in Ferrara in the centre part of Italy. There was no specific reason, he said, just because he likes the Emilia Romagna region.

As he was studying, Mustafa kept travelling and making photos.

As a young man he had no expectation to change the world but felt like he needed to change his own. With this idea in his head he kept travelling around the globe pursuing his search.

Working as a model helped him to fund his studies and carry on travelling. 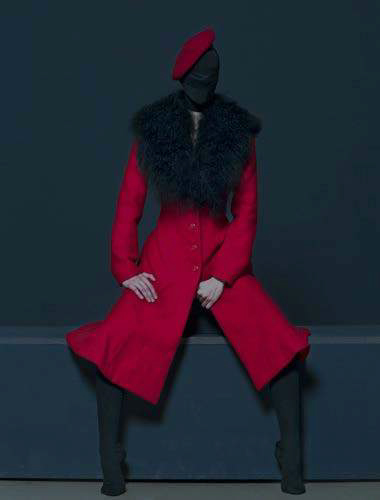 On one of his modelling jobs, he met well-known photographer Richard Avedon and became one of his assistants. Mustafa says: “I had this fixed idea of wanting to investigate human beings and capturing their images. Working with Avedon gave me the opportunity to learn more about the tools to do so.”

After working with Avedon, Mustafa started to do his own work for American, English and Italian publications: “I did a lot of fashion shoots, in those days fashion was the promoter of cultural changes – it was revolutionary, unlike now that is all about numbers. It was also a vanity act. I loved the visibility I could get with my images being published in so many magazines.” 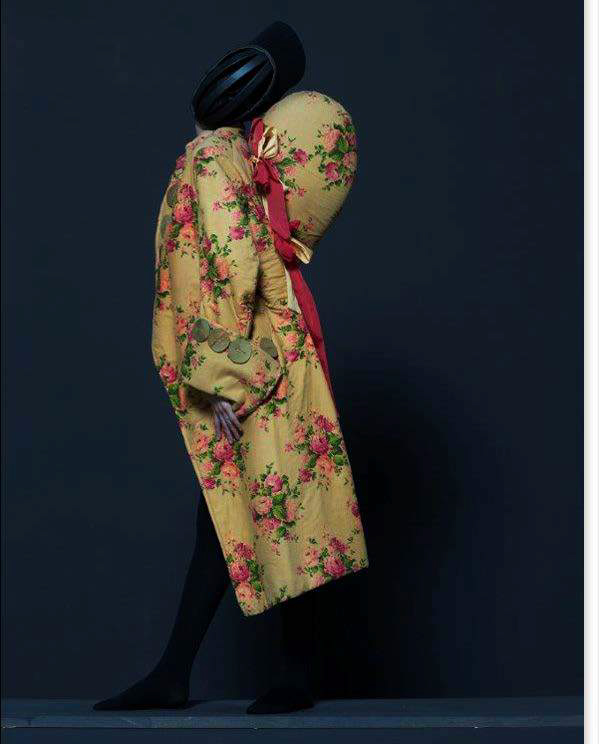 Sabbagh’s art is far from standard photography which meets conventional rules of perfect beauty. It is important for him to challenge conventional wisdom. He says that he never uses Photoshop because he does not like human clonation. Mustafa dismisses the idea that people should strive for the concept that is being sold to us these days of bodily perfection. He says that is difficult to attain and instead we should flaunt the imperfection: “They sell this illusion that you will never get. The human being is the focal point of all our existence and it is perfect with its own flaws. Why would you want to be ashamed of the history on your face? It is part of you being alive, part of who you are.”

So at this point I am curious to know how he managed to convince certain brands to hire him. 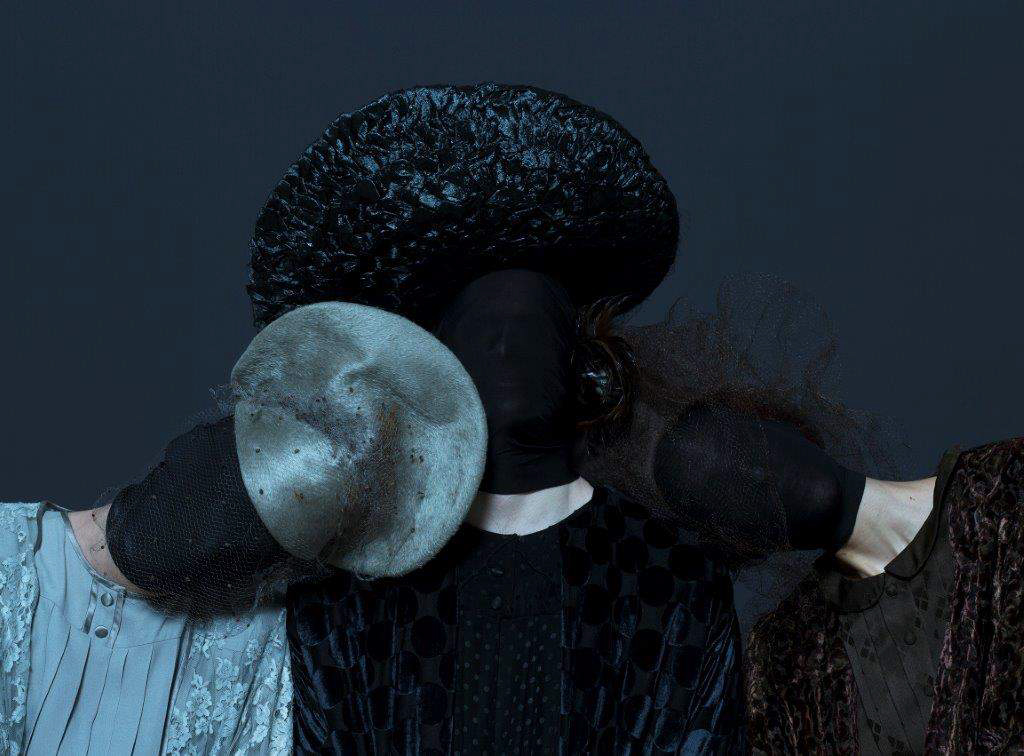 “I was not so easy!” said Mustafa, “But once in a while, it happens. You meet somebody that thinks like you and that is called intellectual affiliation. I believe in the chemistry between human beings. If there is no empathy, I will not want to know. I have done it for a while, but then I discovered that I am bargaining my way of thinking for money, so it’s difficult. It’s difficult to put a value on it. It might be the case that to compromise is more expensive than what I would achieve, or not. I am in the lucky stage of my life that I can live doing what I like.

“You see some people come looking for you, because in their minds you are a name and they want you do to what they want. In this case it becomes a problem, so I select the people I work with.” 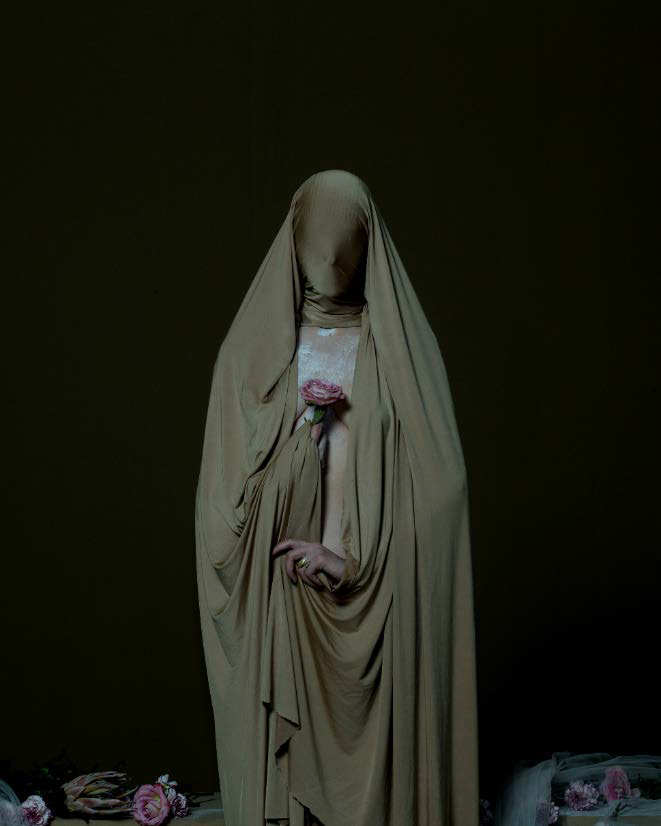 Being an artist is a duty, not only a profession. He carries on, saying: “It is a duty first to yourself , because being artistic is a sort of condition you have, a mental disorder that you live very well with. It might not be the same for the people around you, but I love this kind of so-called illness that if they were to cure me from it, I believe I will feel uncomfortable. Plus there are so many photographers that are good at doing what others want. “

Mustafa Sabbagh explains that any of his works begin with a message, an idea he want to develop, then he involves his team to help him on the research and then the project shapes up. When he gets commissioned for some commercial product, he follows his instinct and forgets about the main object. His memory creates a space, a specific location, then from there he works on the conditions – night, day, exterior, interior. There are no set templates, no specific formulas, because that creates the risks of repeating oneself and that tends to be boring. If he doesn’t challenge himself constantly, his brain does not create those necessary short cuts to produce his type of vision. 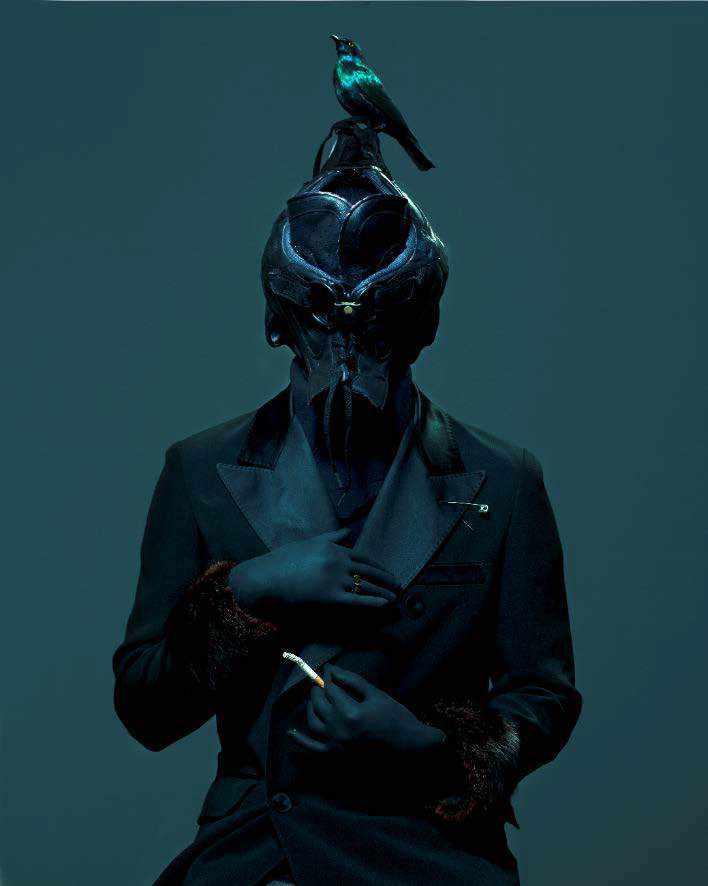 Most of his creativity is conceptualised in Ferrara, “because even a nomad like me needs a place to gather in” he said laughing.

Mustafa feels that a small place helps him to reflect on things that are important. When you live in a big town, there is a risk of becoming a follower of whatever new concepts that are created at that particular time, he claims and feels like that in a big city, you are always caught in a terrible treadmill of rush. The time itself becomes a luxury without you knowing it. In a smaller town, you get to know the people better. They know what you do, but they have no idea of the dimension of it. Then he stresses the fact that of all the places he has visited, he chose to stay in Italy. The sultry light, the blank canvas of this area made him feel like he has the purpose: to fill it up with his life and creative work. 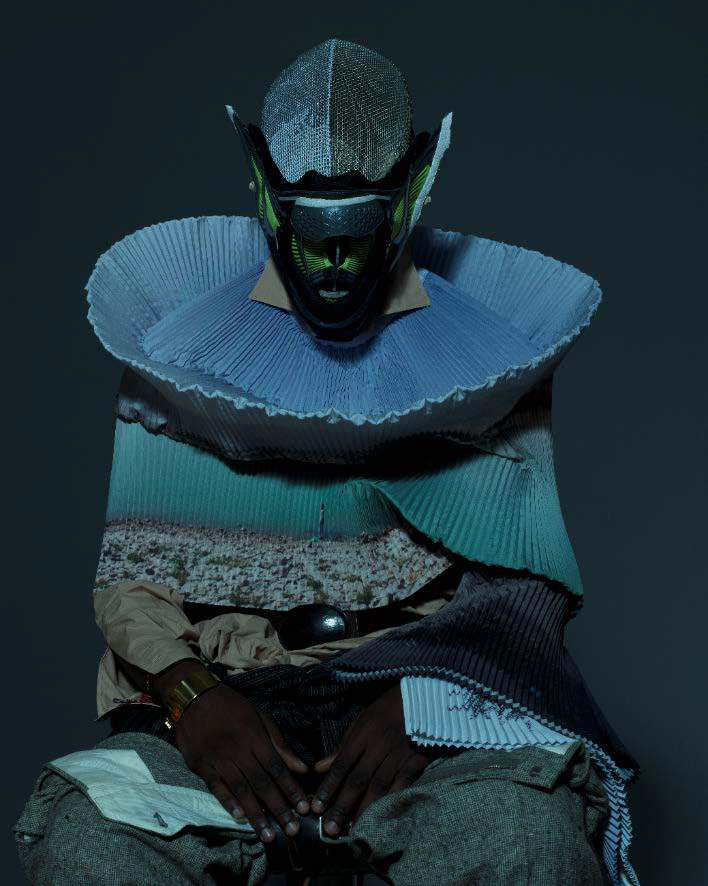 Mustafa’s last anthological itinerant exhibition, “XI Commandment: You shall not forget”, began his journey in May 2016 at the prestigious ZAC, located in Palermo, Italy. Promoted by the Department of Culture in the city, it came to international attention as a place of reference for contemporary art in the heart of the Mediterranean. That Mediterranean setting, according to Mustafa, has the most beautiful light on earth to work with. It also unites the people of northern European with the south, much more that we can ever think.

So I asked, why create an 11th commandment? Perhaps 10 wasn’t a large enough number? Mustafa laughs at my supposition and tells me that contemporary society has the habit of erasing from memory the constant misdemeanours that man has done to his equals. It is a show about the schizophrenia of the contemporary society. That’s why he included an extra commandment with the clause “Do Not Forget.” The exhibition has 90 big pictures plus 11 videos, installations and sounds. He wanted the viewer to face this contemporary discomfort, because it is what we all face constantly.

“But those who live in a situation of discomfort are also prone to think that the situation will change.” he says. “I do not know if we will ever manage to do so, or if we are doomed to stay in this situation for the rest of our lives, but I hope to raise that question with the viewers. “ 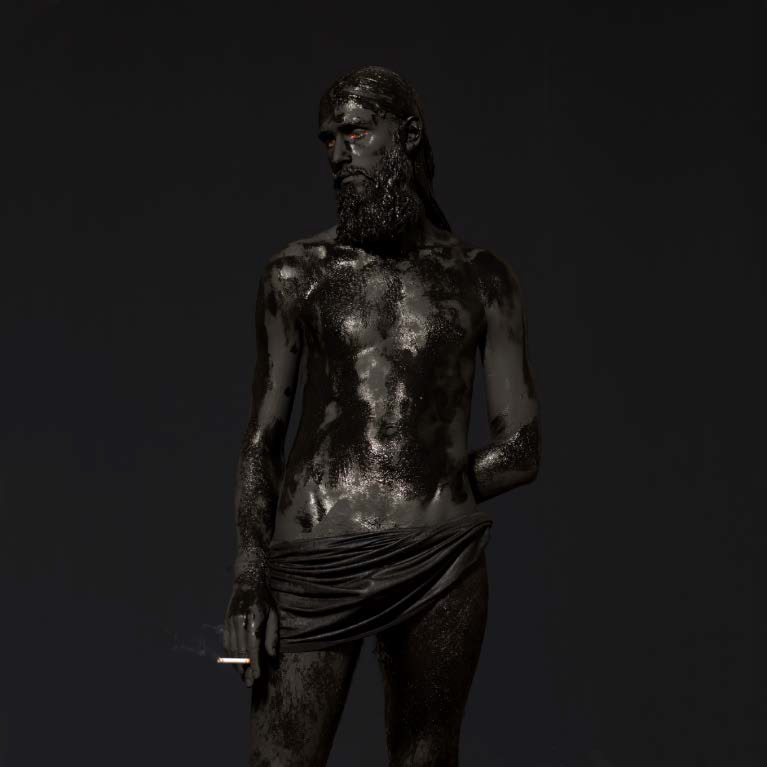 Sabbagh’s exhibition took three years to put together. He has worked on this as if it was a collective exhibition of a single artist that has created an anthology of his last decade of work. The subjects featured are normal people that had met on his life journey. After Palermo, the show has been at the San Domenico Museums in Forli ( Italy), from october 2017 to January 2018 before heading around the European capitals later on this year and the next.

It is almost impossible to define the work of Mustafa Sabbagh because it captures you and leave you in limbo of thoughts. The complexity of the work is indisputably admirable. The intriguing vision the artist shares leaves you wondering, edging between feeling lost and happy. It is all part of the game that Mustafa is able to play in your mind when you see his work. Sabbagh’s curiosity for human beings carries you to a different perception on how you will see the people around you after you have experienced this exhibition. 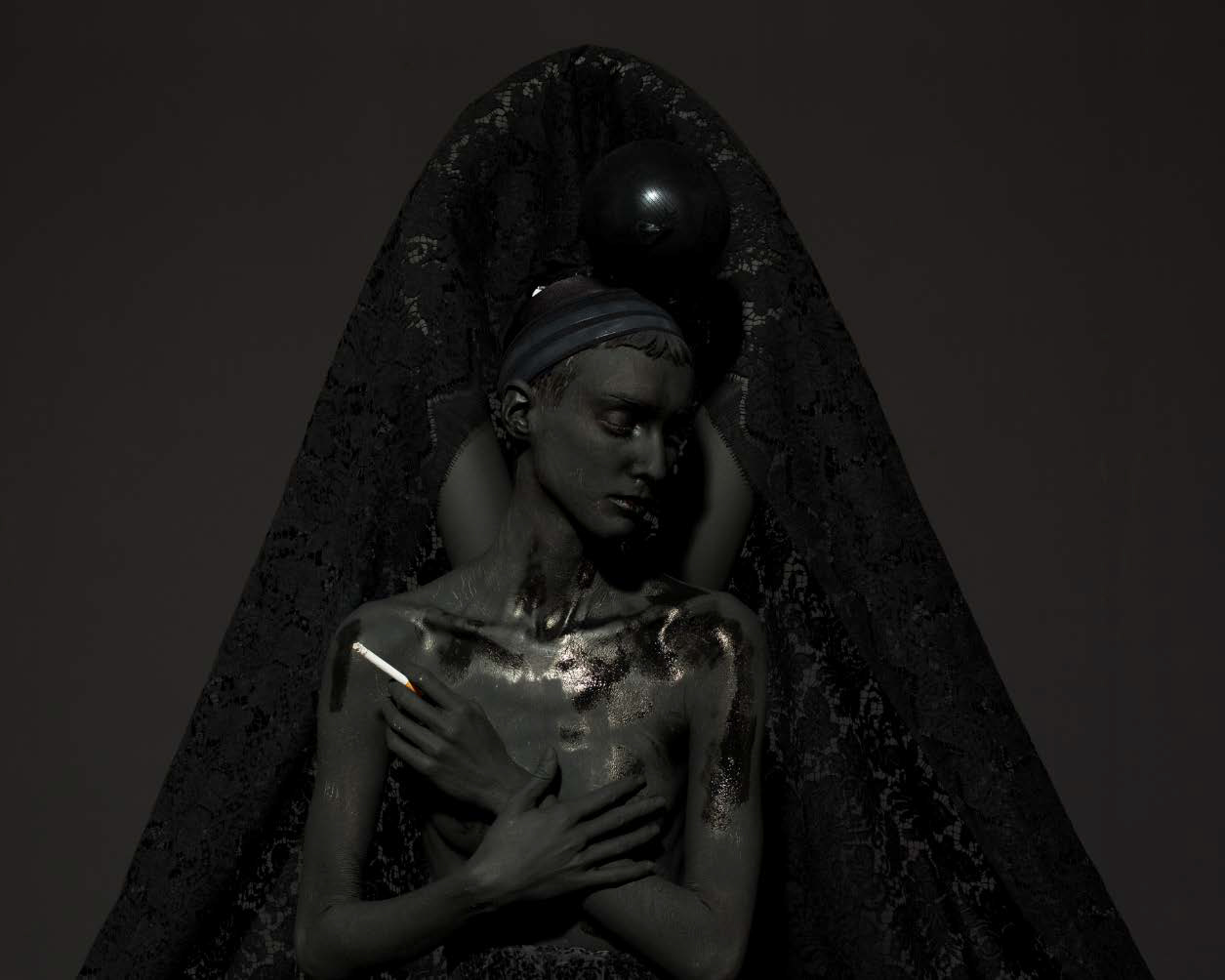 As we said for many artists we have featured in DANTE, the best way to form an opinion is for you to see the work for yourself – and being led into the constant journey of a man that has no intention to arrive anywhere and no expectation to change the globe but only wanted to chance the perception and the feeling of his own world. The truth though is the vision of this artist will transport you on an experience which, in the spirit of the freshly-minted 11th commandment, you will never forget.