How the history of wine has been rewritten – in Georgia 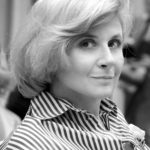 Helena Bedwell reports on new research that has changed our knowledge of wine-making.

Think wine, and you may well think of the great French viticultural areas, Burgundy or Bordeaux. Or even Margaux, Sauternes, Beaujolais, Chablis, Champagne. Or Germany- Mosel and more. Italy. California – Napa Valley. South Africa – Stellenbosch. Australia – New South Wales. But now there is reason to put a newcomer on the map: Georgia.

No, not the U.S. state, but the country at the crossroads of Western Asia and Eastern Europe. As the slogan says, “if you think of wine, think Georgia”. And now we are saying it can trace its wine industry back to the early Neolithic period. 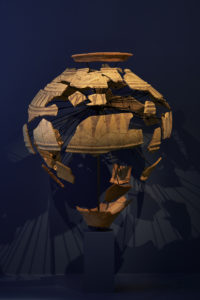 This small South Caucasus region, green and mountainous, has long been surprising. It’s not the first time that Georgia has shifted the history of mankind. To say this is not going too far.

Georgia hit the headlines with the discovery of a 1.8 million-year-old caveman named Zezva, and his companion Mzia. The discovery of their bones upended the commonly-told history of evolution, which has long been questioned and revised. It was enough to put Georgia at the centre of the archaeological world.

Georgia has often been described as “the cradle of wine in the world” by friends and even others who acknowledge its long history. Still, the finding of the new research is the icing on the cake. Along with the Georgian researchers, the authors of the article are scientists from the U.S., France, Italy, Canada, Denmark and Israel.

Georgia is marketing itself as one of the oldest civilizations – with some justification. Tourists who visit may come with the specific reason of tasting flavours of the natural wine. Georgia’s so-called Orange Wine has been gaining appeal because it complements the equally unique tasting food produced locally.

The nation of only 3.7 million people on the Silk Road has been trying to restore its economy and its agricultural products, especially its wine markets. Its main trade partner Russia imposed an embargo in 2006 and then it fought a five-day war in 2008 over the breakaway Georgian region of South Ossetia. Though trade was somehow restored with Russia, relations remain tense – and, more importantly, Georgia has managed to diversify its export markets to several countries, which in return helps to attract as many as six million tourists a year. 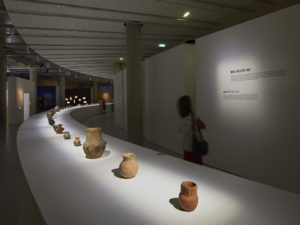 Georgia sold 61 million bottles of wine in the first ten months of 2017 alone, according to its Ministry of Agriculture. The sale figure was 59 percent more than the same period the year before. Out of all the new blossoming markets around the world, China is leading the list in demand for Georgian wine.

Georgian winemakers, sellers, distributors and simply wine lovers are more than willing to promote the brand now because of the emotional “Cradle of Wine” title, according to Levan Davitashvili, Georgia’s minister of agriculture.

“Georgia being acknowledged scientifically like this with an 8,000 year-history of wine-making will certainly make a positive impact at the circles of both commerce and history,” he says. “The science report backs us completely, it’s the most effective marketing communication we can ever wish for. We cannot buy a recommendation better than this.”

The study says that wine-making in Georgia in the South Caucasus dates as early as 6000 to 5800 BC. As the climate in the mountainous Near East improved following the last Ice Age, Neolithic hunter-gatherers started viticulture of the Eurasian grapevine (Vitis vinifera). The earliest known chemical evidence for grape wine in the region dates to 5400-5000 BC in Hajji Firuz Tepe, an early Neolithic village in the Zagros Mountains of Iran. 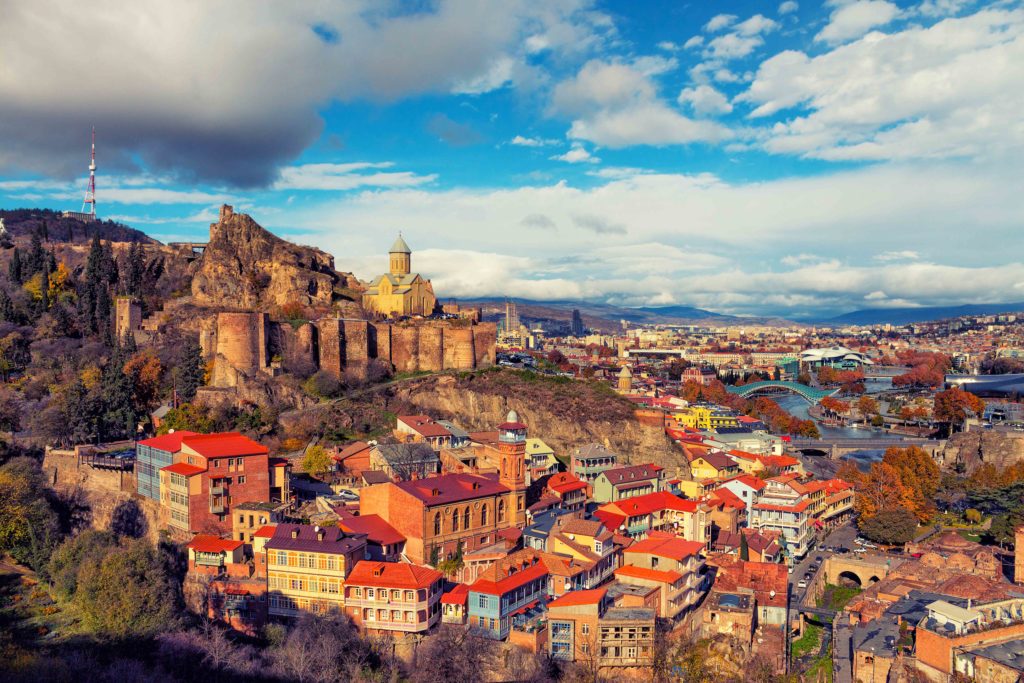 Davit Lordkipanidze, anthropologist at the Georgian National Museum in Tbilisi and its director, says that the study focused on two archaeological sites in Georgia in the South Caucasus and newly excavated pottery jars of the early Neolithic period. A team led by Patrick Edward McGovern, who is the Scientific Director of the Biomolecular Archaeology Laboratory for Cuisine, Fermented Beverages, and Health at the University of Pennsylvania Museum in Philadelphia, performed a biomolecular archaeological investigation of these beautifully made jars. They bear a striking resemblance of the vessels used today by Georgian to make and store wine, strongly suggesting the culture of wine in the region has deep historical roots.

The authors describe the jars’ archaeological contexts and present chemical evidence of tartaric, malic, succinic, and citric acids, all of which are biomarkers of the Eurasian grape, as well as new radiocarbon age determinations in the range of 5800-6000 BC. The authors also present climatic and environmental reconstructions, including archaeo-botanical evidence of the abundance of grapes in the region during the early Neolithic period. The findings represent early evidence of viticulture, which subsequently spread worldwide and influenced human civilization, according to the authors. 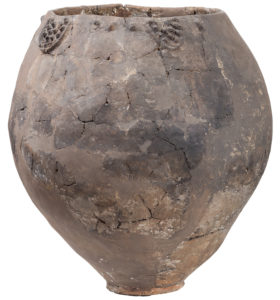 This hunt for the origins of wine started in the 1960s, when some leading archaeologists and determined specialists searched for the proof of what was an already widely-accepted truth. The first findings of fragments of wine containers were discovered, but the most important discovery came as last as 1985, when the fragments of a wine jar was discovered during an excavation, scattered on the floor of a buried brick building. The jar was piece back together and restored to its old glory. Now it was clear the wine culture was older than thought. Then a third set of fragments were found in Gadachrili-Gora.

So now, with proper dating, it’s official now that humans were fermenting grapes into wine in Georgia as early as 8.000 years ago. The day of the announcement of this study was hailed both by Georgia, Georgians and others who cherish wine as one of the greatest of mankind’s achievements.

Expert Patrick McGovern says: “The reason for analyzing pottery is that wine or liquid gets absorbed into it and we can detect these ancient organics by using solvents like methanol and chloroform. And then we do analysis of that, using techniques like liquid chromatography, gas chromatography, mass spectrometry and so forth.”

While Georgian wine has yet to make it to the top of critics’ lists, its best products are winning praise. As older vintages are appreciated, perhaps now we need to accept even older wines are worth investigating. 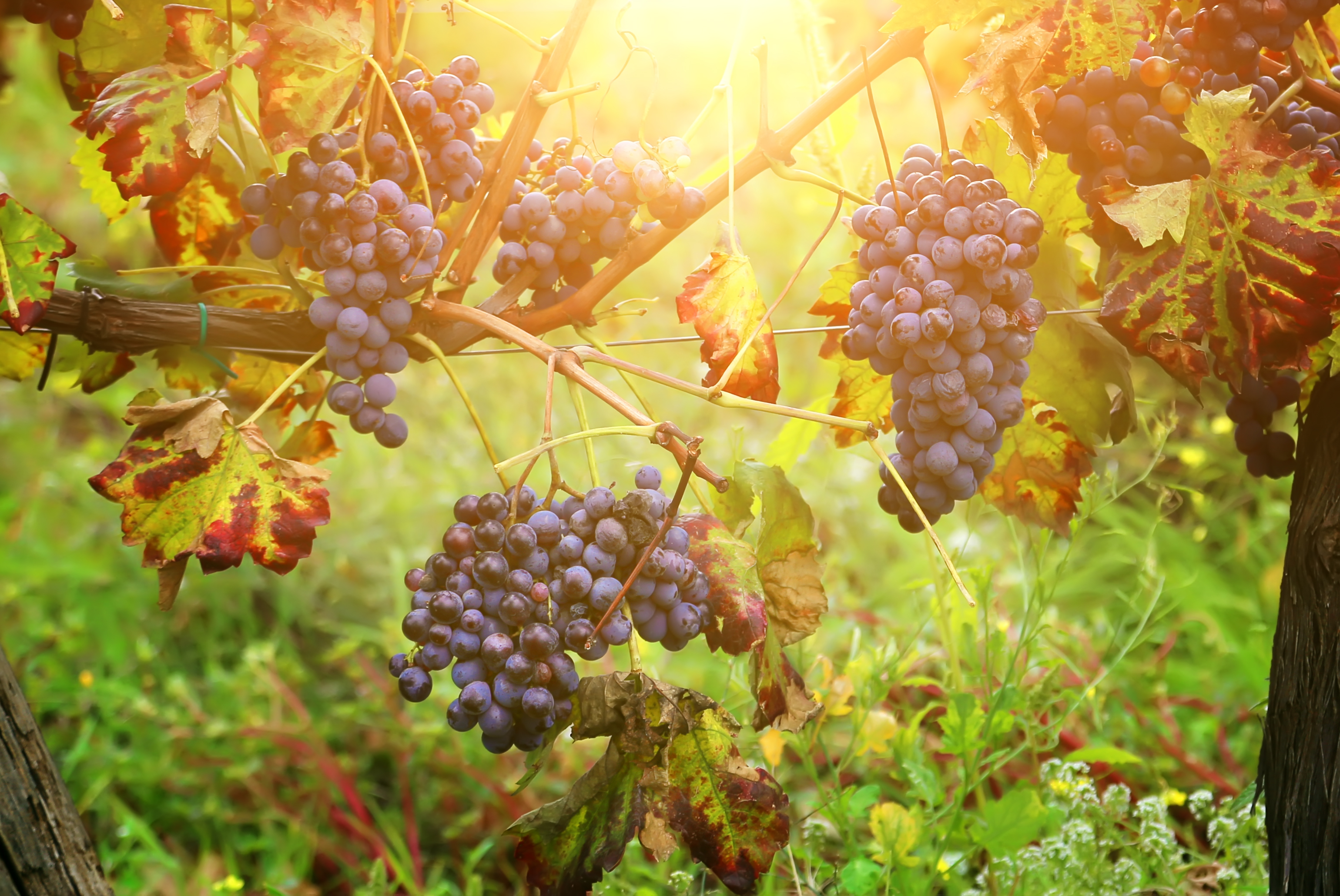