Clubs of the Future – Devonshire Club in London Points the Way

A Poet in His London Corner: Robert Cole Reviewed

Clubs of the Future – Devonshire Club in London Points the Way 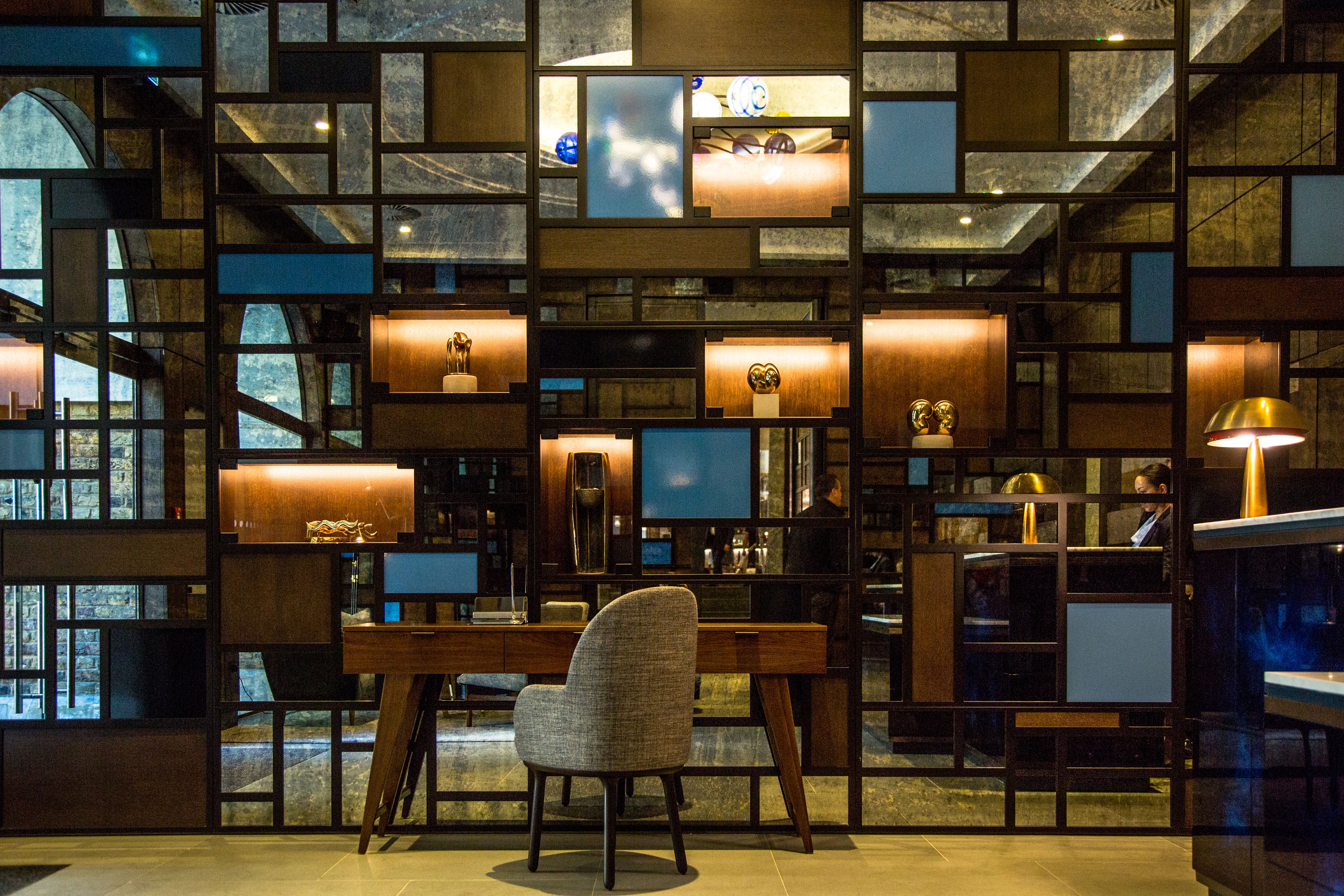 A new generation of clubs is opening up. Nowhere is this more so than in London. The Devonshire Club in the city and the revitalised Soho House are the leaders in the field. Mark Beech, a regular at clubs of all kinds, investigates. 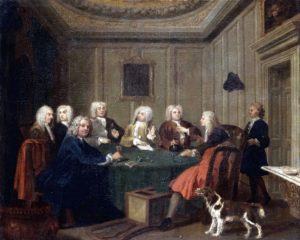 Wake up and smell the coffee! – the concept of a “club” has long been changing. We have gone way past a group of often like-minded people, united by their interest in sport or any activity, especially socialising. It is worth spelling out, as obvious as it may seem. In many cities, apart from nightclubs, a club can be a place of relaxation and retreat, far from the madding crowd or the hoi polloi. There is a sense of exclusivity about many, with access and membership open to the chosen few, in some cases subject to a rigorous selection process and a waiting list of years.

“One’s club,” for men at least, meant a gentleman’s club: an exclusive all-male institution, often complete with a palatial clubhouse and huge prestige. Some of these venerable institutions continue intact, celebrating tradition, resisting change and remaining just for men: Whites, Pratt’s and so on. Some have relented and now admit women: the Reform, the Athenaeum and the Carlton among them, though largely because they have to rather than want to I fear, with political pressure looming and the need to generate more income an especially key constraint. As an aside, there are a few female-only equivalents, such as the University Women’s Club in Audley Square, which seems to face less pressure to go co-ed too. 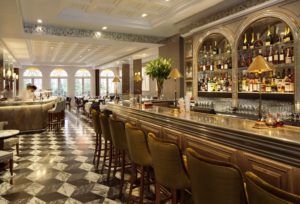 The above gentlemen’s clubs have some strict rules, such as wearing of a jacket and tie at all times, absolutely no jeans or trainers, no use of mobile phones, no exchange of cards or discussion of business and much more.

These rules, however, are being reinterpreted by many clubs, which actively go in the opposite direction. The Groucho says it has no dress code, though on its web site it suggests that shorts and string vests are to be avoided on grounds of taste. One member of Soho House and Shoreditch House was reportedly banned after turning up in a suit and tie, which was seen as “too school for cool”. The Arts Club and many others allow less formal clothes as long as they are smart.

In the City, where more formal is more common, the workers have long been badly served by existing clubs. The City University Club and City of London Club have long been ripe for shaking up, and they now have one in the shape of the Devonshire Club, which opened for business last August. City workers previously had to travel to Mayfair and the West End to enjoy relaxing havens. 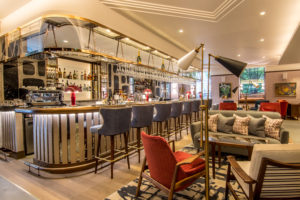 The Devonshire aims to get the formal-informal balance just right. In my judgement it does so very well. The club says it splurged £25 million on doing up a former East India company warehouse and adjoining Georgian house near Liverpool Street, in total 58,000 square feet over six floors and with 68 bedrooms. Many clubs are also hotels; many hotels also have clubs. The rules vary: in some places, only members can book rooms; in others, members get a discount and ordinary people can book too and become temporary members. 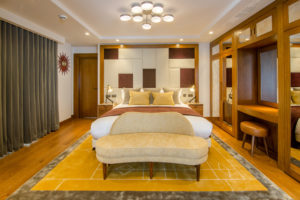 In the Devonshire, rooms start at a few hundred pounds a night and go up to £1,200. Membership was being touted at £2,400 per year, which is pretty average by club standards, but there is a lot of interest from City boys in a 10- year debenture membership at £24,000, which comes with some generous discounts which make them look good value. With parking at a premium, some members seem to be joining for that, I am told. The décor is exactly the right antidote to macho male clubs. Sure, the Devonshire should become a home to local traders to unwind after a long day making money. Yet instead of the heavy oak panels, leather chairs and Old Masters of the Savile Club or wherever, the Devonshire has snappy murals, bright walls and light-colour sofas, and a sort of welcoming vibe for both ladies who lunch and female workers in the City – a growing crowd. During the “soft opening,” I noticed one dinner table occupied by Oriental women trying the Kobe beef salads – the Devonshire is one of the few places in London with a certificate to serve proper Kobe. Women may also like its gym and beauty salon – there are not many clubs where you can get your hair fixed and nails manicured before that big night out, girls! 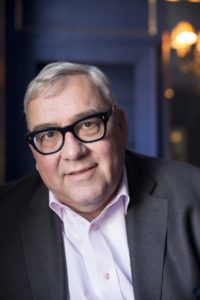 A reassuring sign is the presence of Brian Clivaz as chief executive. This legend of the British capital’s restaurant world is also the boss of L’Escargot in Soho, the city’s best French restaurant. More importantly, he previously opened Home House just north of Oxford Street and he also reinvigorated the Arts Club in Dover Street, so he knows about new-style clubs.

A club is only as good as its members and each place has to get the balance right. The very notion of a club carries with it a sense of exclusivity and that simply may be that you can afford to be a member or in many places you need to prove to be worthy.

Some Mayfair clubs won’t consider you unless a member proposes your name and it is seconded by another. In the most exclusive, you may have to gather many signatures before your candidacy is even looked at, and, once approved, it can take another five years or more to get in. There can be joining fees and annual fees, in some places running to £4,000 or more a year. 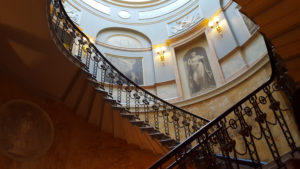 Home House is another skilful conversion, first masterminded by Clivaz, with a lovely garden off Portman Square which has an Asian-style snack menu. A fair few clubs, such as this and the Hospital Club, which was co-founded by musician Dave Stewart of the Eurythmics, encourage people in the media and arts and actively discourage those in other businesses. Some other West-End clubs (I need not name names here) seem to be getting flooded with braying bankers, hedge-fund show-offs and nouveau-riche Russians. These people have been accused of monopolising the bars, taking cocaine in the washrooms and generally spoiling things for long-term members. 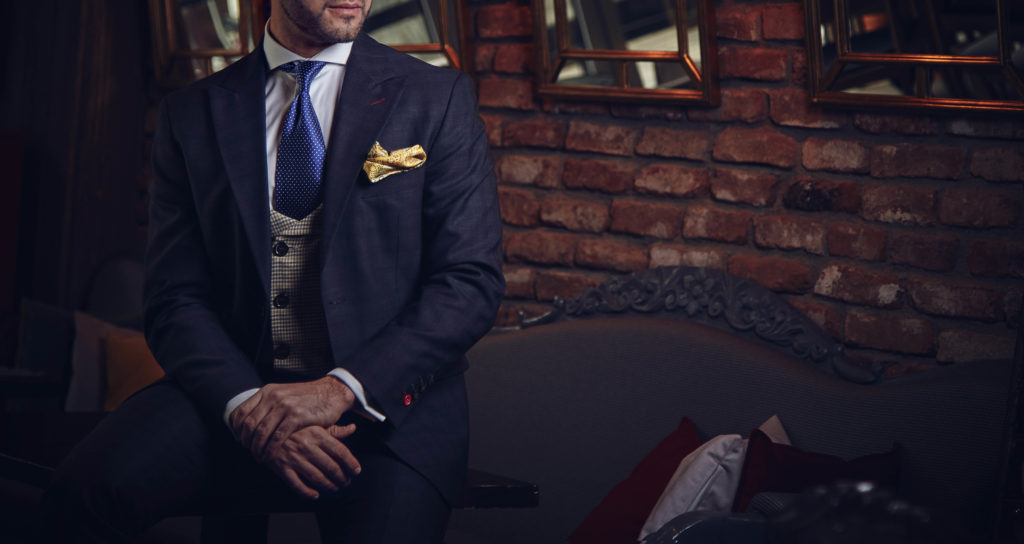 The bright side of the new-style club is exactly conveyed by places such as the Devonshire, Blacks in Soho or the Hospital Club in Covent Garden. These build on the unstuffy ways of Soho House and the Groucho. The latter, of course, was famously named after Groucho Marx’s comment that he wouldn’t want to join a club that would have him as a member. 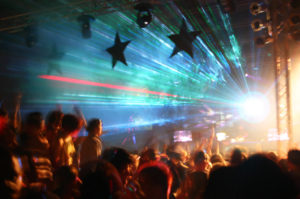 New clubs include plenty attached to restaurants. L’Escargot has a private club upstairs, likely to be made over at some time soon, and Quo Vadis has a pleasant private bar area above the rooms. The Club at the Ivy is hidden above the famous eatery with its entrance through a small flower shop downstairs. Plus other Soho properties are now thriving as clubs: a few doors from L’Escargot is the Union Club, with its pleasant roof terrace.

Soho House is among the most famous and is steadily growing into a network of nearly 20 clubs all around the world. Members can opt to belong to one home club for £1,000 a year, or for £1,600 can visit them all, much like some gym groups’ tiered memberships. The club in Greek Street is being renovated over the next few years and it will be a hotel with the former Kettner’s brasserie, and I look forward to it opening. The Dean Street club is close by in the meantime. I like the look of the sister places in Mayfair, Malibu, Miami and Manhattan. Shoreditch House has a rooftop pool but I am particularly attracted to the Soho Farmhouse in Oxfordshire, a 100-acre estate with a boathouse and tennis courts. 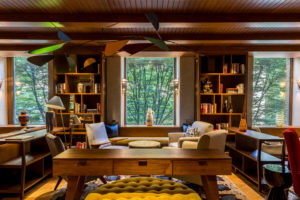 What these vibrant, informal, lively and (dare I say it, in an era when anything that looks ageist gets frowned upon) youthful clubs have in common is that they are a far cry from the stuffy places of the past. Some of the older clubs are not much better than old people’s homes with booze. I went on a tour of some of them last year. Some are amazing, with welcoming staff and members. Others are dull and snobby. 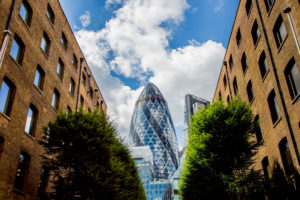 I just recall feeling exactly like Disraeli said he felt when he was made the Earl of Beaconsfield and elevated to the House of Lords, a similar all-male palatial retirement home for grey-haired old buffers who probably all ran the country 25 years ago. Anyway Disraeli said something like “I am in the Elysian fields, but dead.”

There are new places coming all the time. DANTE will soon be doing more on The Curtain in the City.

Clubs must change to survive, thrive, stay relevant and fun. If they don’t, their members will become dinosaurs, fossils; the clubs will become museums, mausoleums and then die themselves.

With extra contributions from Suzie Solna. 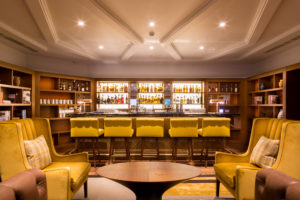 This article originally appeared in a past issue of DANTE magazine in a slightly different form.