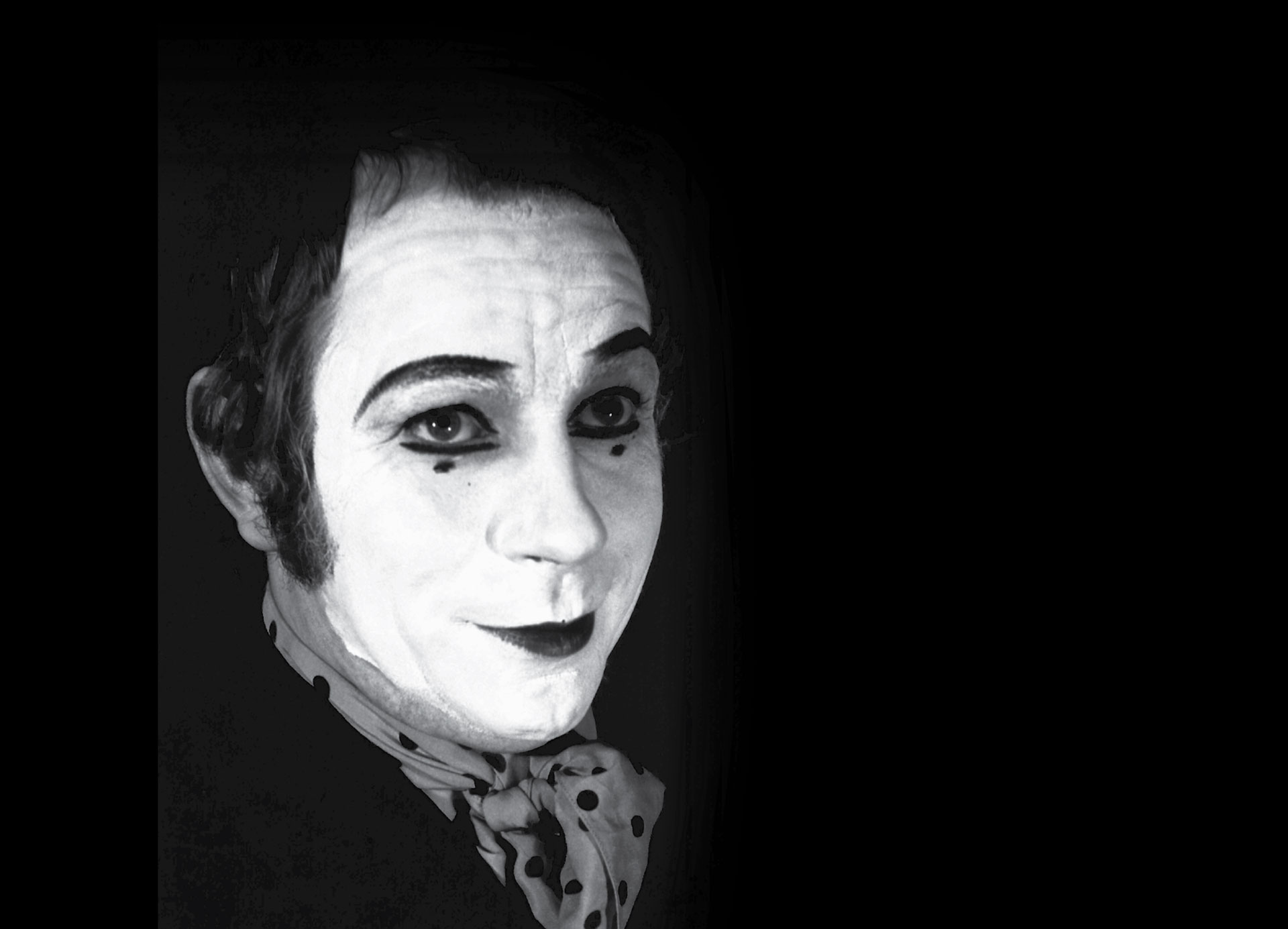 Kate Bush dedicated a song to him and David Bowie worked with him for years – Lindsay Kemp is a legendary figure in the world of dance. Mark Beech reports on a new book and show that captures Bush and her mentor Kemp, in photographs by their mutual friend, rock photographer Guido Harari

Lindsay Kemp’s single-minded vision is a lesson for anyone determined to make it – in show business or anywhere else for that matter. Kemp grew up in Northern England, where, on the face of it, his story reflects that of the fictional Billy Elliot, the northern boy who has to fight prejudice on his way to being a top dancer.
“My father was a sailor in the navy and killed during the first few years of the war when his ship was torpedoed,” Lindsay recalls. “My mother hoped that I would follow in his footsteps, even though she loved the theatre and dance. I knew from a very early age what I wanted to do. She had agreed, after much persuasion, to let me go to dancing classes, which I first attended at about the age of six. My mother was delighted that I was so popular, performing on the kitchen table to entertain the neighbours. By the time I’d reached nine, there were eyebrows raised about a boy in makeup, dancing en pointe. It had become an absolute obsession.”

He saw a film “that changed my life and made me all the more determined- The Red Shoes.” (Hold that thought – the 1948 film comes back into the story 40 years later.) “My mother knew it was a very precarious profession. I was packed off to boarding school in the hope it would be knocked out of me but I persisted and managed to get a scholarship to the Ballet Rambert. 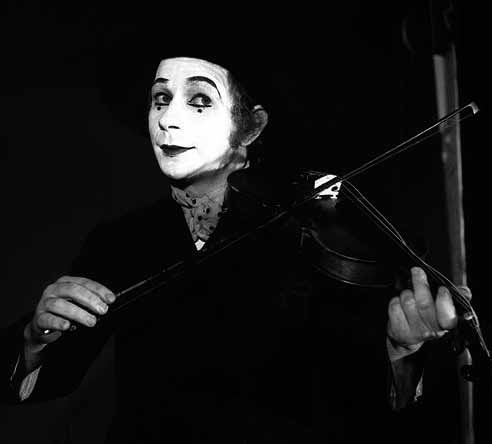 “Once my mother realised I was set on this and also talented, then she did everything she could to help – she even scrubbed floors to help me through my training. After Rambert, I performed here, there and everywhere: in striptease clubs, circuses, variety shows, musicals like Oklahoma, always putting on tiny shows of my own with friends too, and these little shows just became bigger. I stuck with it, for better or worse. 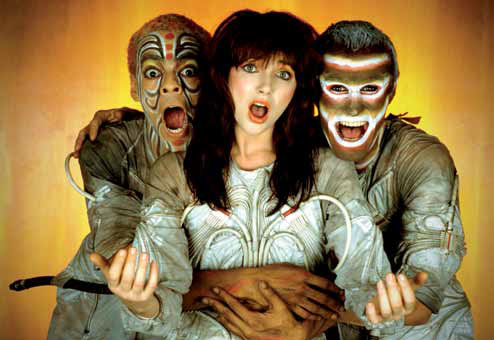 “It was tough, it was a struggle, I nearly starved, I spent many nights sleeping on railway stations, I had many jobs in restaurants and selling fruit – I can’t begin to tell you some of the things I did – I wouldn’t tell you some of the things I did! I was warned at the beginning that I wouldn’t have a pair of shoes to my feet and a roof over my head, but fortunately I do have a few pairs of shoes and a very lovely house where I live in Italy. I never thought of the money, unlike many people nowadays, who very foolishly think ‘I’ll go to the theatre and make money and go to Hollywood. 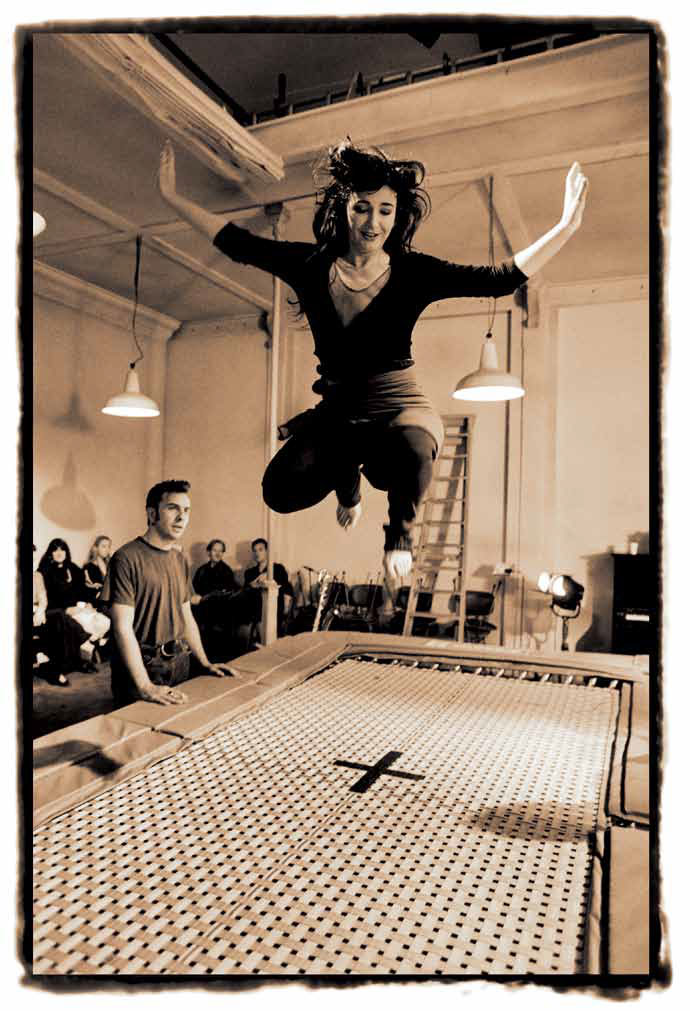 “I didn’t think about money or fame either: I didn’t want to be a star, I just wanted to be on the stage, which is my world.” Kemp formed his own company and recalls how David Bowie entered his world. “One day, I popped into my management’s office just to see if there was any work, and a secretary who I was friendly with said, ‘You just have to listen to this record. David calls into the office from time to time and I think you’d love it, it’s very you.’ It was on Deram, David Bowie’s first album. I was thrilled and in love with the songs, the singer and the stories. 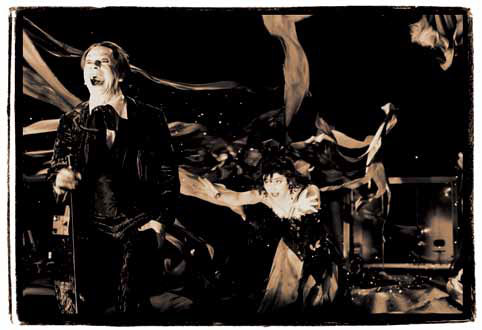 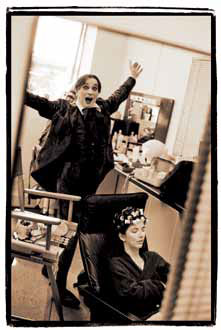 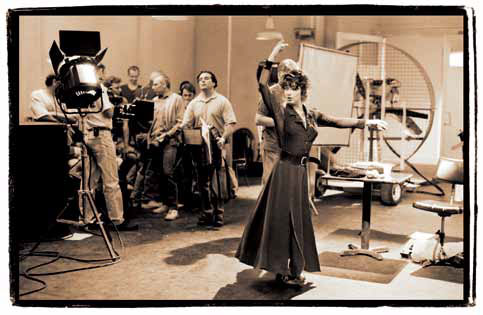 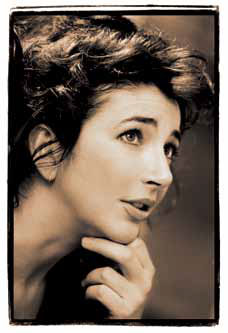 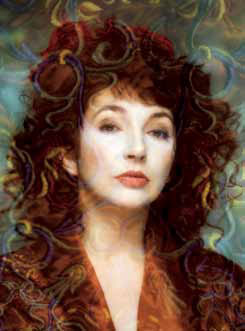 “I was performing in a little show in St. Martin’s Lane at the time called Clowns. The-re was one of the songs on the record that I particularly loved called When I Live My Dream, and I played that song before the show started and, one night, the secretary brought David along. He was delighted to hear his song being played and was very moved by my world of Pierrot and Harlequin. David came backstage afterwards. When I opened the door, it was like the Archangel Gabriel standing in front of me and I felt like Mary, though I didn’t fall to my knees until sometime later! He started doing classes with me – the girls loved him too, especially during the touching improvisations. I started to create a little show with him called Pierrot in Turquoise. He was thinking of chucking in music altogether at the time and was planning on joining an order of Tibetan monks. He thanked me from saving him from having his head shaved!

“A few years later [Bowie’s then wife] Angie came up to Scotland, where I was staying, and gave me a copy of the Ziggy Stardust LP and said, ‘If you like it, perhaps you can devise a stage show, organising, directing and even performing in it.’ I danced and mimed the entire album for a test and they were delighted. We started rehearsals for that show at the Rainbow Theatre –I was the Starman and I was Queen Bitch.” Bowie’s friends Lou Reed and Iggy Pop watched the concerts take shape. 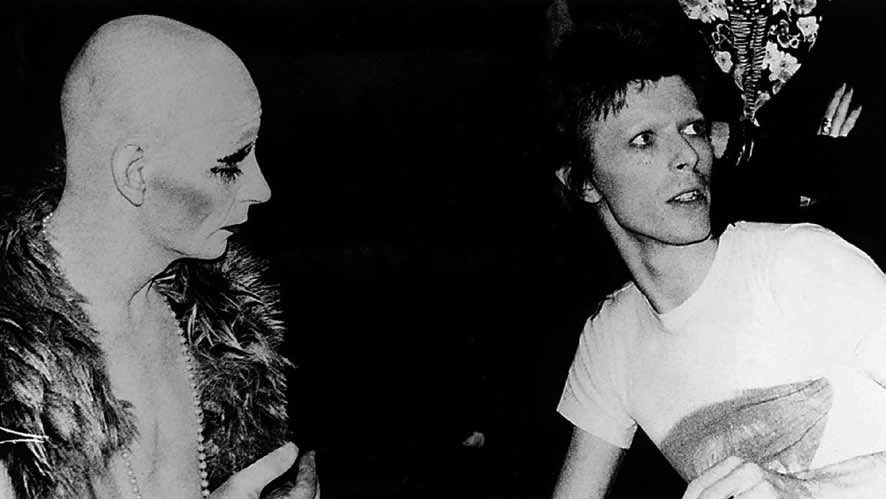 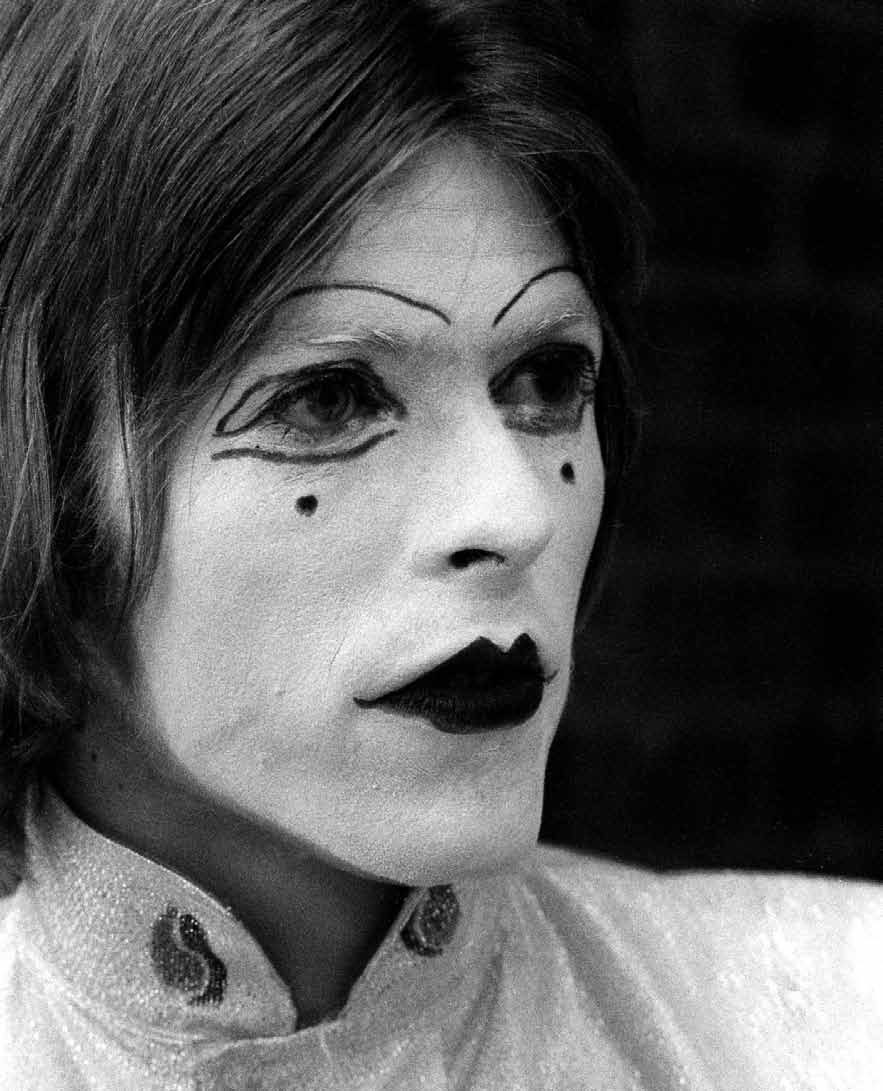 Kemp also joined Bowie’s promotional video for the single John, I’m Only Dancing, directed by Mick Rock. Kemp is credited with inspiring Bowie’s make-up look, growing interest in mime and even the sad Pierrot used in the Ashes to Ashes video of 1980. Of the Kate Bush link, Kemp says: “She had seen a production of mine, The Flowers, which everyone of that period had been to see – it’s based on a Jean Genet novel, Notre Dames des Fleurs (Our Lady of the Flowers). She’d heard that I was teaching at the Dance Centre in Covent Garden and one day she came along. She took up a place at the back of the class and I had to encourage her to move a bit further forward where I could see her. She was attractive but extremely timid. It was only when I started playing the music and she began to move that she became quite wild, excelling in the improvisation. At the time, I had a season at the Roundhouse and one day I went into the theatre and was pleased to see that she was lending a hand in the wardrobe. I had no idea she was bound for a singing career. She was a regular student and saw every performance. Night after night, she was there, helping out backstage with the wardrobe. I didn’t know at the time that the record company was actually paying for her classes and her transport. It came as a very big surprise when I came home one evening in Battersea and under the door she had slipped an LP which was called The Kick Inside. It contained a song called Moving which she had dedicated to me. I was indeed very moved.” 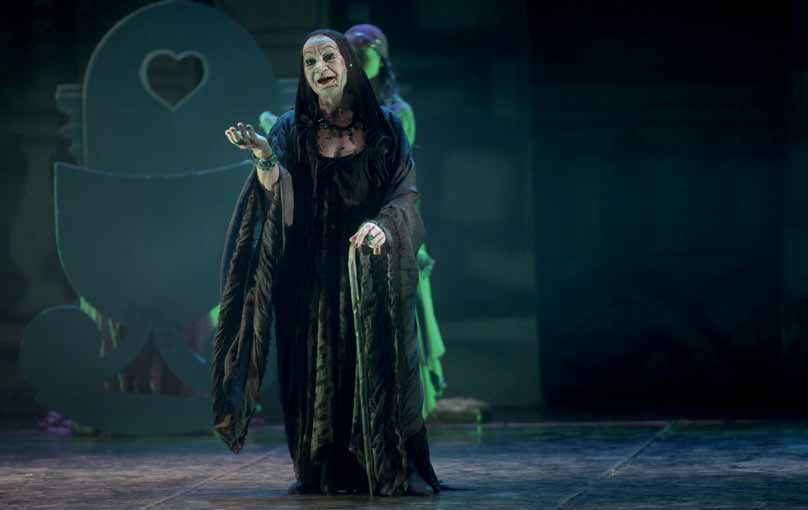 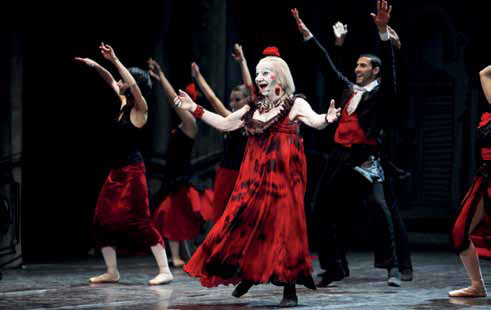 He stayed in touch with her, with them soon gaining a mutual friend in Italian photographer Guido Harari. Kemp had been touring Italy in 1978 when Harari started taking multiple candid photos onstage and backstage, publishing a book of them in 1982 (It is simply called Lindsay Kemp, with text by David Haughton). Kemp sent the book to Kate as a present. “The moment she saw it, she said, ‘I want to be photographed like this. Who is Guido? You must introduce me!” At much the same time, Bush was in Italy and Harari took photos of her with the dancers in astronaut costumes. The photographer and singer worked together for a decade, producing record covers and more.
Much later, the three also collaborated on her 1994 film The Line, the Cross & the Curve: “Kate knew I’d be interested because it was inspired by The Red Shoes, as I had been, and she had also met Michael Powell, who directed that film – my idol, she got to meet him, I didn’t, and he gave quite a lot of advice. I got to play a role based on a shoemaker in the film, who had been portrayed by the Russian dancer Léonide Massine, who was my hero. I had danced the role again and again in my mother’s front room in my carpet slippers – marvellous music by (Brian) Easdale. When I arrived for the first meeting with Kate, she was staggering around en pointe in a pair of red toe shoes, which I really advised her against doing – it can be fun to dance on your toes but it can also be dangerous without the proper training. I brought in Lucy Burge, who was a ballerina with my company and had been a leading dancer with the Ballet Rambert. She helped with the choreography and she was Kate’s foot double, which I think nobody knows about.”

Much as he had with the Kemp Company, Guido took photos of the movie being made. “Of his pictures, my favourite has me about to jump in the air. Kate was having a snooze and then someone had told me that the bar was open –yippee!”
Kemp has also performed in films by Derek Jarman; in Velvet Goldmine (also named after a Bowie song); and in The Wicker Man, where he has a memorable cameo as the oily pub landlord Meeting Kemp is surreal. We have a “small world” moment in discovering a mutual friend the artist, musician and author Emma Stace Darling, who, like Kemp, has been living in Italy. In a sense, our meeting has been a long time overdue. In about 1980, an acquaintance interviewed Kemp for an Oxford magazine, Mandrake. I was struck by Kemp’s remarks saying that we must always be drunk: one must never be dull and sober but always intoxicated and passionate – the driving force for all art. (I even started a novel based on the quotes). Kemp tells me the words adapted Charles Baudelaire’s prose poem called Get Drunk. Lindsay adds: “I mean being intoxicated. At that time, I used to do a lot of talks and lectures and I always used to begin by reciting that poem but I used to take ‘get drunk’ a bit too literally, drank alcohol to get me through the performances and to get me to realise the characters I was going to play. That was a long time ago. I later achieved it by getting into a trance or through poetry.” Kemp, now 77, has got many people drunk on the beauty of dance, not just Bowie and Bush, or Peter Gabriel or Mia Farrow, two other students of his. “Drunk on wine, drunk on perfume, drunk on beauty.” Drunk on dance.

“The Kate Inside” book comes in regular and deluxe editions with a slipcase as well as posters and litho prints also from Guido’s www//wallofsoundgallery.com. A show of his work was at Art Bermonsdey Project Space, 183-185 Bermondsey St, London SE1 3UW.