Are our banks any safer?

The Enduring – and Endangered – Beauty of Xochimilco

Are our banks any safer? 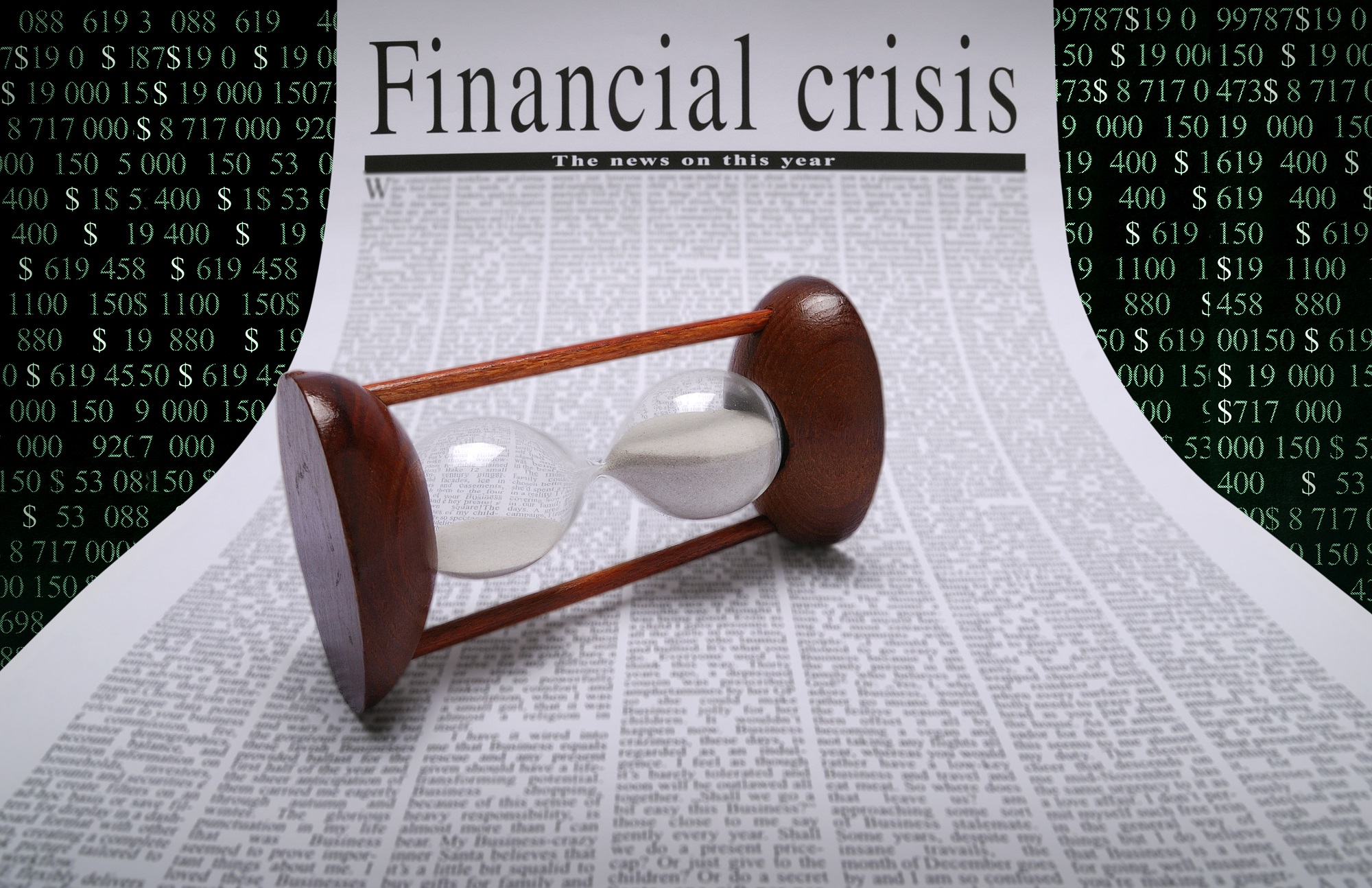 DANTE reports amid fears of another crisis

At a time of headlines warning of another looming crisis, and with banks shares tumbling, a city commentator looks at the issues for DANTEmag.

Led by the world’s financial regulators, the arduous task of forcing the world’s banks to bolster their capital reserves according to strict new rules has been largely achieved. Anyone anticipating that the next financial crisis will be down to an inadequately capitalised banking system will likely be looking in the wrong place.

We move on. How banks tackle any funding shortfalls required to cover their still-large asset holdings and the future threat from cyber hacking are the two potential triggers that could set off the next banking and global economic crisis.

There are usually only two reasons for anyone asking the question: ‘Are our banks any safer’?

The first reason is to be concerned that your own money is secure, and the second is whether the system can avoid a contagion financial market melt-down that so nearly happened in 2008.

Let us first address the primary and understandable concern we all have. Is our own money that sits in any bank safe?  In most western jurisdictions there are fairly generous government-initiated insurance schemes in place that protect depositors. In the UK for example, private customers are protected up to a maximum of £75,000.

There is even a higher protection for temporary spikes in balances of current accounts that cover events such as a property purchase. However if you are somebody who typically runs higher cash balances in your bank account you may wish to reconsider this strategy.

Anyone with large cash reserves should open a brokerage, private banking or wealth management account, which are often a standalone or parallel service provided by your own bank. Once the account is opened, large cash holdings can be invested in extremely low-risk Funds. Cash-alternative strategies may include investing into short-dated government securities or other high quality, low volatility investments; even gold can be established as an alternative to holding large cash balances.

Such a move can protect you in the event that your bank gets into difficulty. If securities are held in a segregated account they will not form part of the assets of the bank, which can be grabbed in a wind-down process. In almost all cases these custody accounts are ring-fenced away from a regulator-led resolution process. 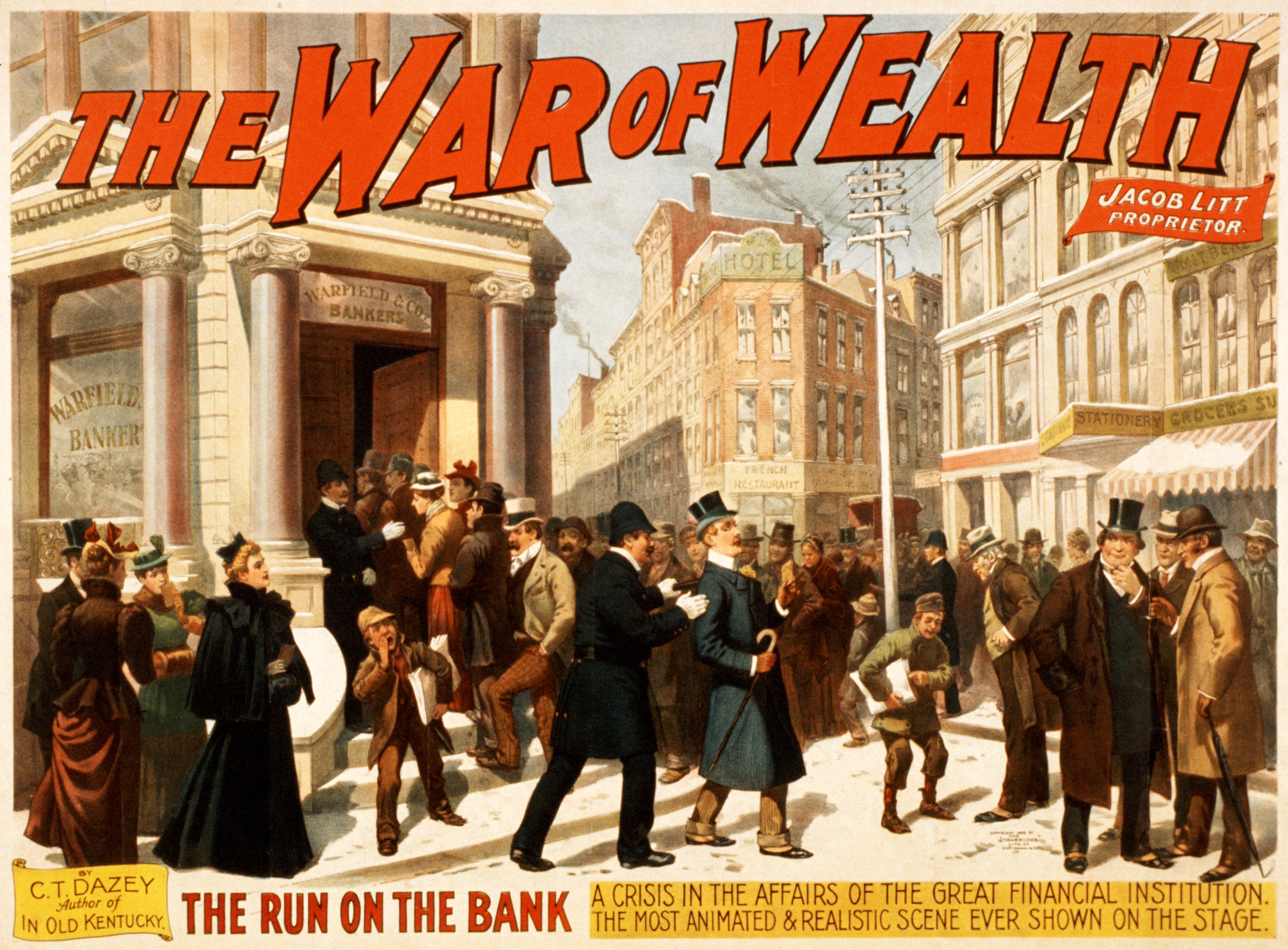 Let us turn our attention to systemic bank risks. We should look to understand why there could be a general funding crisis emanating from the wholesale bank funding market. Why is this a bigger risk today than the risk that our banks are holding insufficient capital reserves?

In 2007 many of the world’s banks had balance sheets sizes in the hundreds of billions of US$ or Sterling, Euro or equivalent. To take another size comparison, total assets held by banks in any one jurisdiction were often greater and by some margin than that Country’s GDP.

In 2007, the majority of large banks in the world had capital ratios of between 4% and 8% to their risk weighted assets. A bank’s capital base exists to absorb losses usually emanating from defaulting loans and mortgages.

This meant that if the value of a bank’s assets shrunk by, say, 7% over a relatively short period of time, the typical bank’s capital base could be totally depleted and the net worth of the bank would be negative. It is barely possible to appreciate how large bank balance sheets were in 2007 in relation to their capital bases.

The financial system in 2008 was saved by a coordinated and unprecedented action by the world’s governments, central banks and regulators, which literally pumped trillions of US$ or currency equivalent into the global financial system.  Quite understandably and correctly, after this near-death experience the world’s authorities (define that as you may but effectively everybody) pledged that it must never happen again.

The aim was to never again need to rely on taxpayers to bail-out any troubled bank; instead to create a mechanism for any bank to undergo a private bail-in funded by its own debt and equity holders.

A new regulatory rulebook has been put in place over these past eight years and which forms the bedrock of the global banking system and the world economy. Many of us think they are doing an effective job, although it should be noted that the task is not yet completed.
Today, all banks have capital bases as a ratio to assets far more robust than in 2007. At the very least capital ratios of at least 10%-12% are typical, and even higher ratios will be in place by the early 2020s.

Taking higher capital reserves at face value, we should instead examine the stress that banks would face if there were to be a dramatic economic event leading to write-offs and the start of their capital bases becoming depleted. 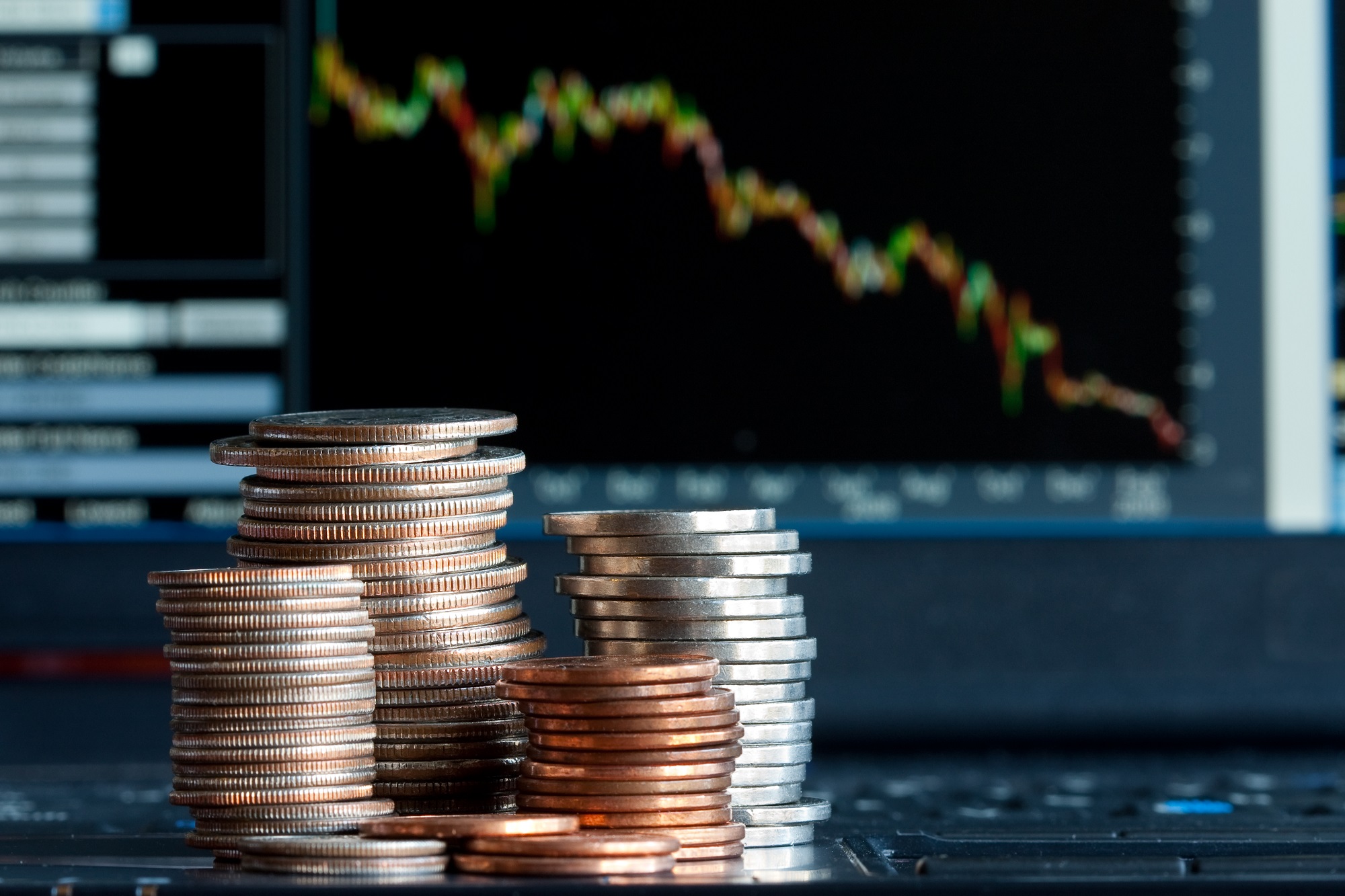 Long before banks’ capital bases were really stressed, there would likely be something else that we all should be more concerned about; the ability for banks to fund themselves in the bond and loan markets.

Wholesale funding – the technique of borrowing large single amounts from either other banks or issuing large bond issues that are typically bought by corporations and pension funds – is a strategy widely deployed to bridge any funding ‘gap’.  The need to go to market for funding is typically down to a funding shortfall not entirely covered by capital, retained profits, customer deposits and existing fixed borrowed loans.

Crucially, regulators have given themselves full powers, and should any bank for any reason get into distress, the regulator is able to grab wholesale bank-issued hybrid capital instruments, and in addition, from the beginning of 2016 they can demand a haircut from bank-issued senior debt bond borrowings, and turn them into new capital, leaving even senior bank bondholders vulnerable. The new rule is derived from a piece of legislation called TLAC (total loss absorbing capacity) and will force a haircut on all outstanding debt which will be converted into balance sheet strengthening new capital for the bank.

With low global interest rates, and heavy manipulation caused by QE, bond markets are now very illiquid. It is possible that for a variety of reasons that a bank, or indeed the entire banking sector, may be denied access to markets for their funding. Finding reasons to avoid certain types of bank debt issuance is quite easy.

At the very end of 2015, institutional investors in certain outstanding senior bonds issued by Portugal’s Novo Banco received a very unwelcome shock. Only hours before tougher EU bail-in rules were due to take effect with the implementation of the Bank Resolution and Recovery Directive (BRRD) which in turn is now to be overseen by a new supervisory body called the single resolution mechanism (SRM), the Portuguese regulator’s last act of power was to grab a small handful of outstanding issues and turn them into new capital. Investors in those bonds chosen were effectively all but wiped out.

The new Germany-based regulator, which oversees the majority of banks in Europe, effectively has unlimited powers especially when any bank is determined eligible for a resolution process to be undertaken.

The entire market suddenly grasped the startling new powers that regulators have in order to shore up ailing banks, potentially at great cost to bond and equity investors in such institutions.

“Investors in bank debt are now faced with the challenge of pricing additional risk factors. We need to avoid the possibility that investors feel that parts of the bank debt markets are un-investable, as this would pose significant problems for those banks in the future” opines Tim Skeet, Chairman of the Investor Working Group for the new Bail-in rules at the International Capital Markets Association.

In summary then, what practical steps can high net worth investors take when investing into, or making deposits with any bank? : 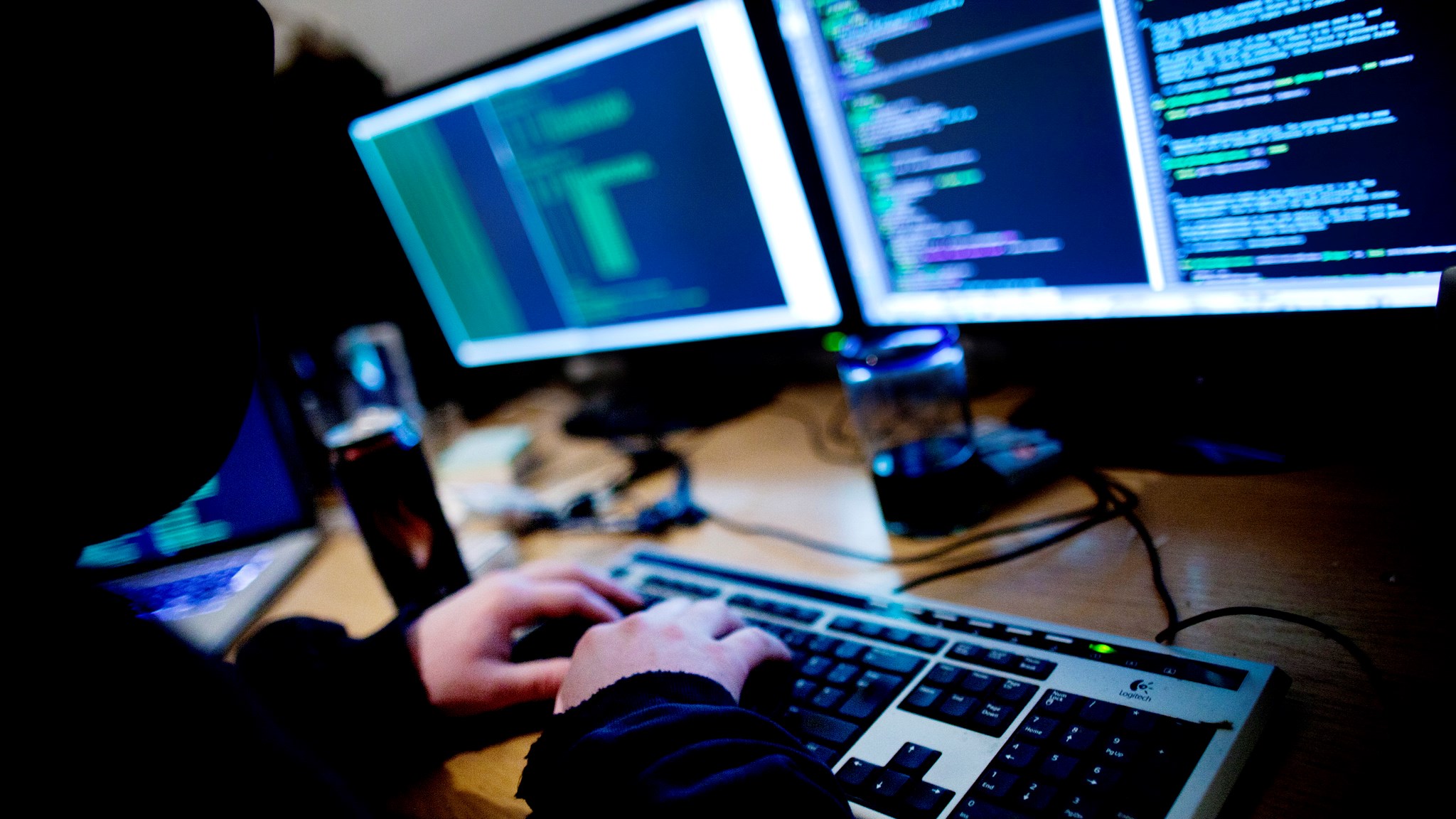 The second and altogether new risk for the banking system is cyber-hacking.

Cyber hackers are today quite adept to breaking into closed IT networks of both large and small companies and primarily stealing data.

From a bank’s perspective both data and potentially money can be stolen or diverted by way of changing payment instructions.

Here we will focus on likely industry fixes to this significant risk. Essentially the solution may come down to one new technology – the Blockchain.

Blockchain technology first emerged into our everyday world when Bitcoin, the World’s first crypto-currency, was launched in 2008. Blockchain is a devised system whereby distributed ledgers form the base architecture of the block chain technology, and are harder to attack because instead of a single database there are multiple shared copies of the same database. Centralised systems risk a high cost of single failure, and therefore are vulnerable to a cyber attack.

An organised cyber attack would have to attack all the copies at the same time in order to be successful, and this is almost impossible to do. Blockchain technology is also resistant to unauthorised change or tampering, as such changes will immediately be spotted on one part of a ledger.

Second-generation Blockchain technology is on its way, and it will make an almost impossible hacking task even closer to truly impossible. It is in many ways a race against time. Banks have invested considerable sums with leading Blockchain developers and are looking to install it across their systems as soon as is practically possible.

Once it is installed customers data and assets should be safer and is likely to be endorsed by regulators and bank boards.

My sources tell me that a new Blockchain technology is on its way to market. All players across financial services, not just the banks but also asset managers and clearing houses, will have to decide which technology they will adopt and run with. Decisions made now will shape their front, middle and back office systems for decades to come.