Yin and Yang in Music

Yin and Yang in Music 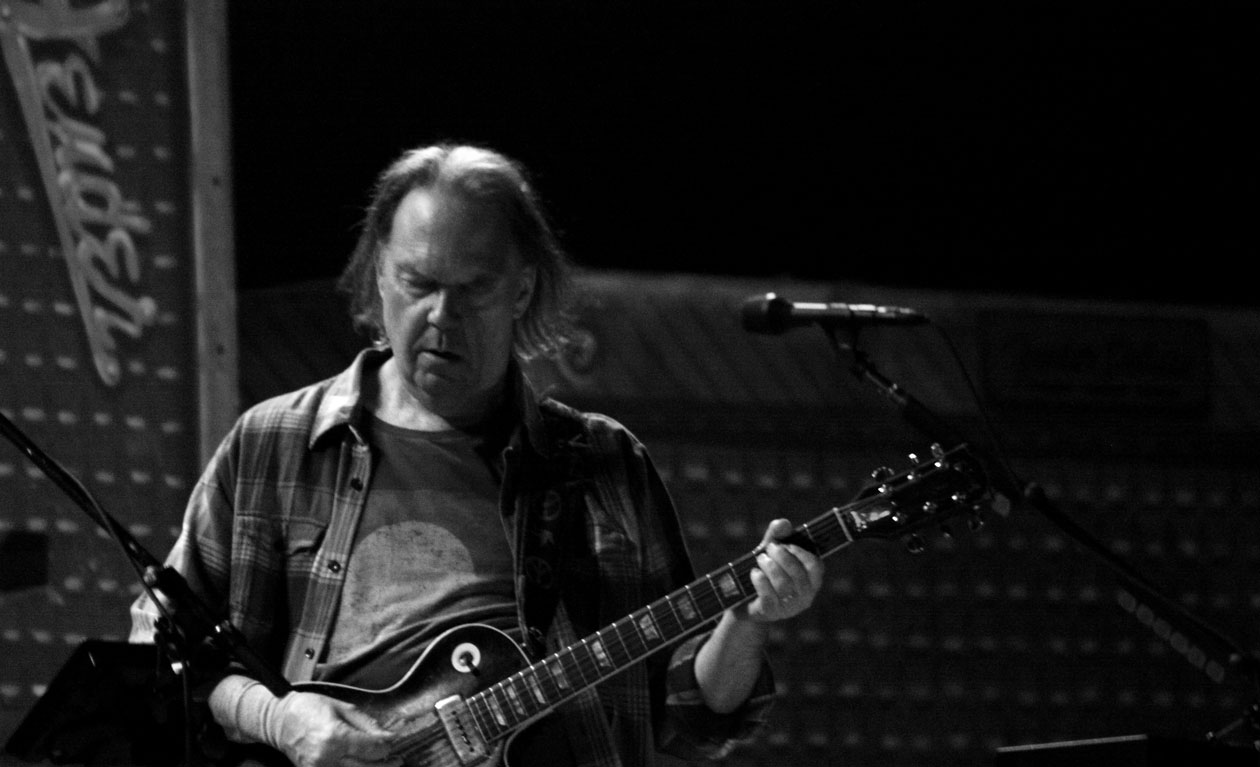 Rock music splits fans down the middle, but what lies on either side of the divide – and is that dividing line the right one?

There’s a famous question in Quentin Tarantino’s “Pulp Fiction.” It essentially goes like this: Are you a fan of Elvis Presley or the Beatles? The full question is delivered in a scene that was deleted from the movie originally shown in cinemas. It remains one of the most famous sequences in film history to have been left on the cutting-room floor, apparently at the last minute. What happens is that Mia Wallace is testing Vincent Vega. She wants to know what sort of a person she is going to diner with. That inquiry, she says, is one of the most important for her. Because the reply says so much.

Of course, our tastes are more complex than that. Life isn’t always binary. It is totally possible to be a fan of BOTH the King and the Fabs, as Mia adds. “My theory is that when it comes to important subjects, there’s only two ways a person can answer,” she says. “Nobody likes them both equally. Somewhere you have to make a choice. And that choice tells me who you are.” The scene has an unexplained remnant in the film as normally seen, when Mia says to Vince “an Elvis man should love this.” Not there was any doubt which side he would be on. 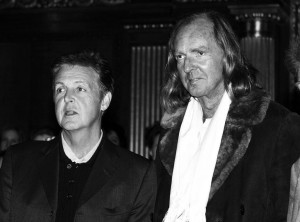 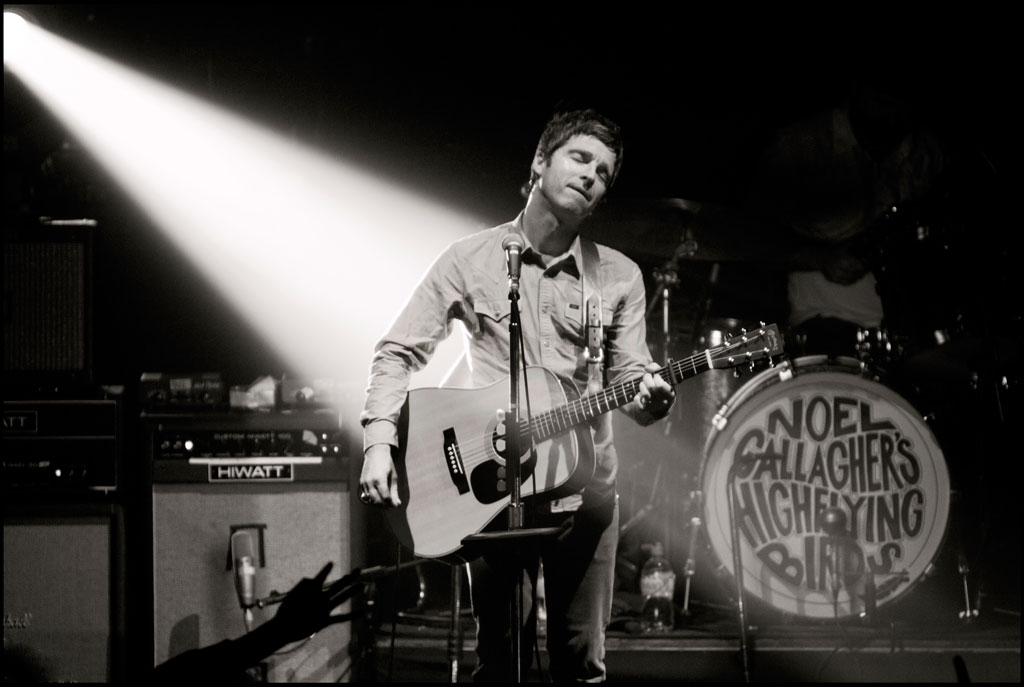 But back to right now. And this is me, or Dantemag asking, not Mia. If you had to choose. Do you feel more likely to spin (insert your favourite Beatles track, “Hey Jude” in my case anyway) or “Suspicious Minds” (yep, my current Elvis fave)?   Fill in your answer here  . . . . .

Ok, the answer may be neither track, or neither act.

But it was interesting to take a poll of my friends and start to divide them up by insisting they answered one way or another. All-American solo star, maybe the biggest there ever was, at least to date – or British beat combo, probably the most successful and acclaimed band of the last few decades. In my case, the majority of my friends were for the Liverpudlians. So am I, in point of fact. There was plenty of praise for Elvis, for his stage presence and particularly his voice, but there were concerns, too, he did not write much material and that he trailed off in the 1960s with bad films and then in the 1970s with expanding waistline. But I’m aware this was a long time ago.

I tried it again with my friends: more recent acts, Adele alongside Ed Sheeran. Female versus male. Say, Madonna versus Michael Jackson or Prince – they all shared the same age. Or rock versus folk or folk-rock – Bruce Springsteen versus Bob Dylan.  I ran into trouble a few times with this. How the heck do you categorise Neil Young, for instance? One minute he is a blazing rocker and the next minute he is a fey folkie. 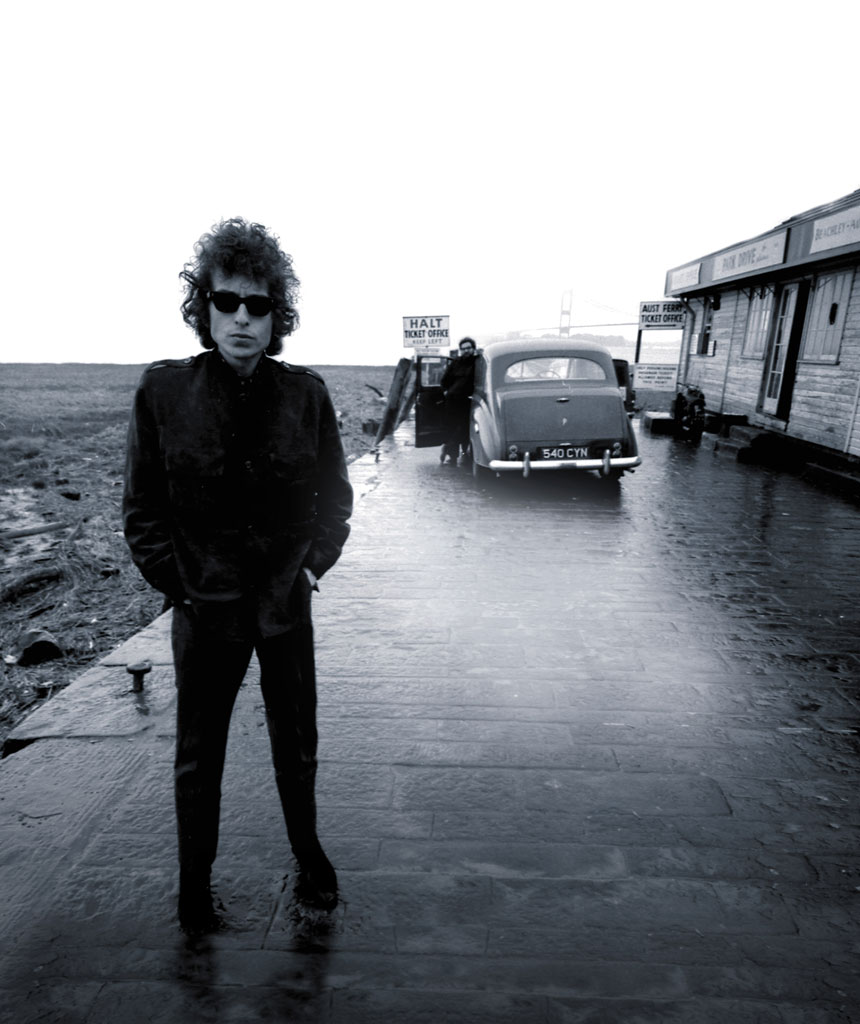 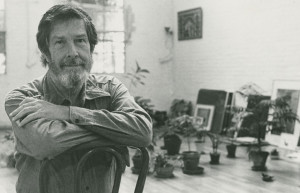 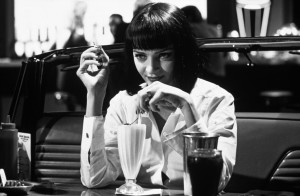 But, for all that, certain things emerged. My friends started to divide into clear groups, whatever the contrasting musical style or artist I asked them about. The heady types who love lyrics, the hearty types who care for passion. It wasn’t always the case that girls like “sensitive” ballads and guys like chauvinistic rock. But the divide is more obvious at the extremes. The more “likes” are ticked, the easier it is to guess what people will think of other albums. Say, if someone gives a string of ticked boxes liking “meat and potatoes,” “no-nonsense” songs of the Kid Rock sort. That tells me this person won’t be so keen on fussy, classically-influenced experiments of the kind by American harpist Joanna Newsom.

I started to call the two camps the yins and the yangs. Now I think of all my friends this way, kindly, not wishing to categorise, but each category tells me a lot about them. Good or bad, right or left, right or wrong, love or hate, white or black, fast or slow. Or, if you will, just yin and yang.

You can indeed guess something about whether someone might like a club – in “Pulp Fiction,” Mia notes Jack Rabbit Slims, with its retro rock, is an obvious magnet for Elvis fans. Or a restaurant. Quiet, reflective, thoughtful, conversational types may refer somewhere a little less ear-splittingly rockabilly. Or a book – pulp fiction of any kind or the yangs or a heavier classic for the yins. I am not too prescriptive about this. Sometimes I meet up with people who clearly fall across the lines. Take my mate Ted, who is a little conservative, with a small c, you know the kind, but likes the Jam and Billy Bragg, with their proletarian leanings. Then there’s my pal Jane, who loves poetry and Hozier but is known to go to heavy-metal gigs to let her hair down. They’re the exceptions which nonetheless prove the rule. 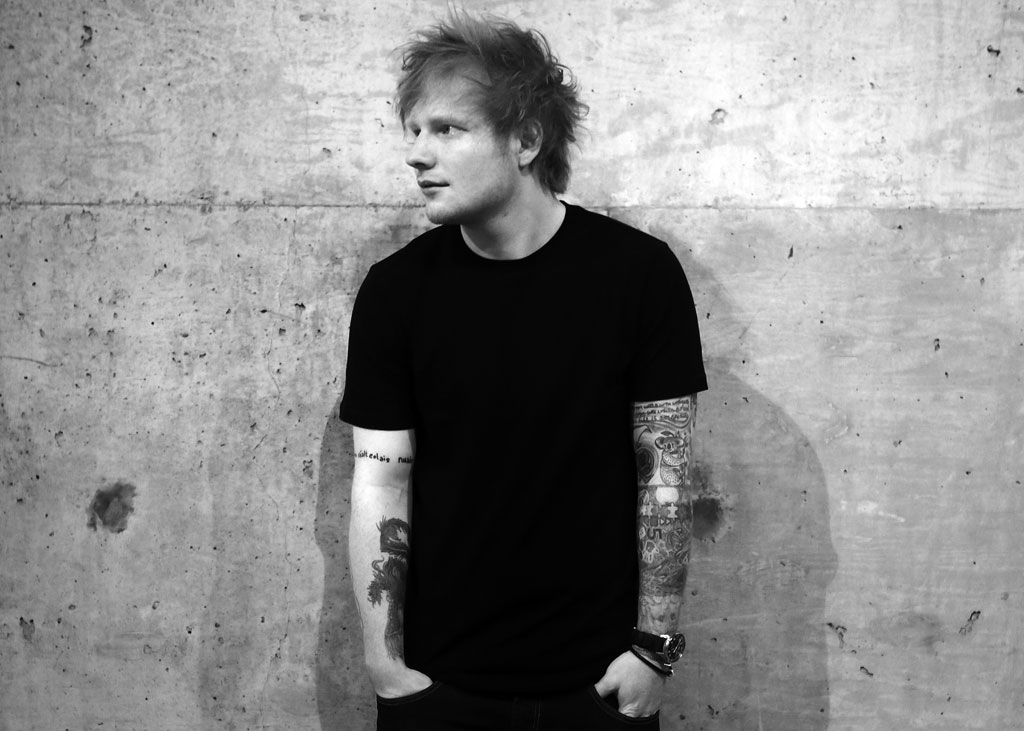 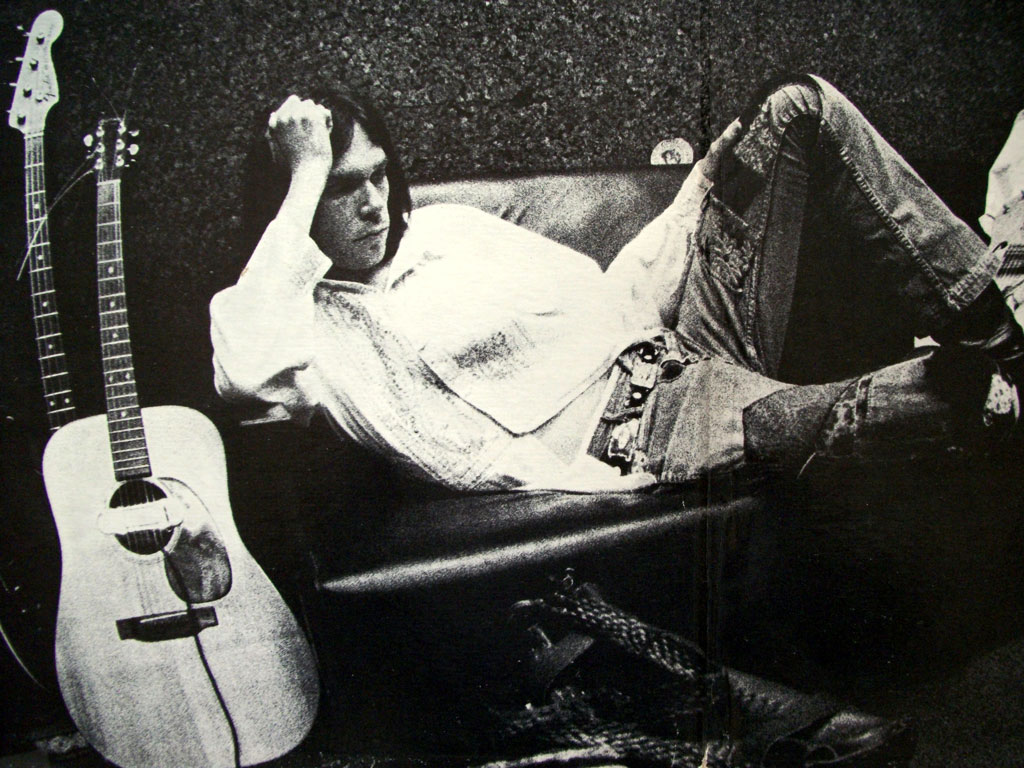 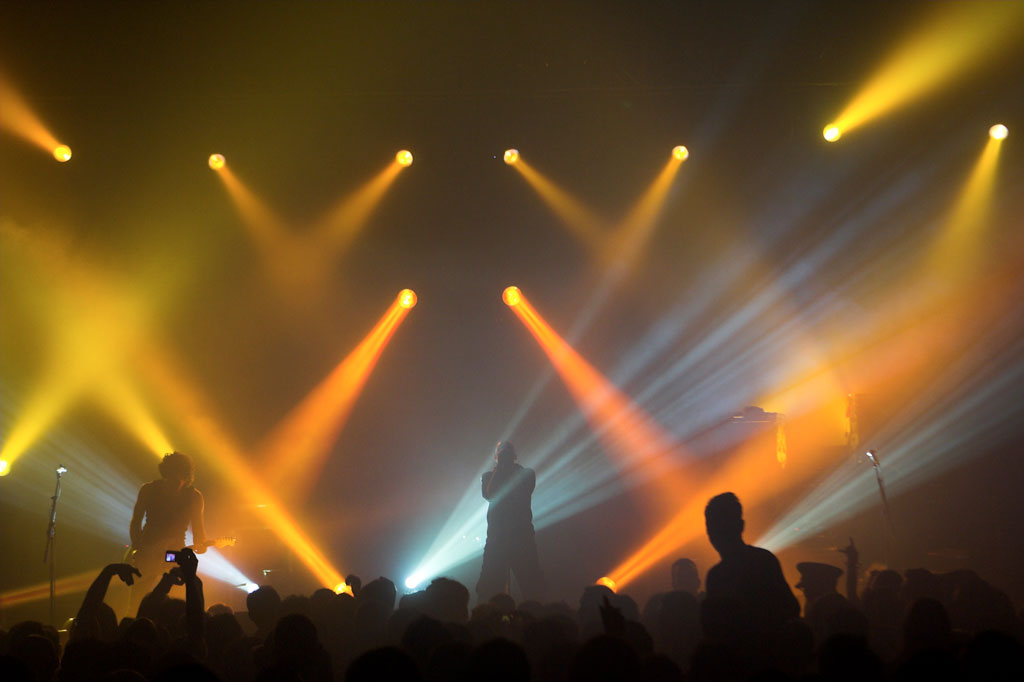 For this long-planned special issue of Dantemag on yin and yang, I went back to a paper about the duality of music which was presented at Oxford back in the 1990s. I had said this: “A lot of contemporary classical composers have understood that music, like life, is often about the battle between opposing forces. On the one side, yin: female; negative; quiet, slow or suggested; harmony, jazz and minor chords; words and lyrics; thoughtfulness; music that makes you think and appeals to regions of the body above the collar. On the other, yang: male; positive; loud or fast, blatant; disharmony, rock and major chords; music that makes you dance or appeals to regions below the belt. It applies to contemporary classical too. With John Cage, yin and yang even influenced his diet.” Sir John Tavener, who I had the privilege of knowing, was also profoundly influenced by these themes in later life. That’s after being inspired by essentially Christian beliefs. To Tavener, yin and yang was also the difference between Oriental and European traditions of music, the sort of thing he pursued in works such as Song of the Cosmos. He told me that there was a yin and yang in his compositions. Whereas some composers delighted in including as many notes as possible, he preferred simplicity and silence.

But which way will music go from here? Forward to the future, back to the dogs? Classical, contemporary, rock? I don’t think it’s an either-or. Here’s why. Musical tastes, especially in the west, are getting more catholic. Maybe mum and dad listen to the Beatles. Their son likes Oasis and the Beatles. Other parents try Oasis and Noel Gallagher. Their daughters like their old Joni Mitchell LPs and also Laura Marling, who they come to admire too. Fathers hear Mastodon and remember Nirvana or Motörhead. Moms catch Katy Perry on the radio and compare her with Whitney Houston decades before. There are all eras of pop here, yin and yang.

As musical tastes have become more sophisticated, so records have become a more subtle blend. It is common now in reviewing records to describe music as a combination of disparates. The Weeknd shows influences from Prince to R. Kelly; Haim has been compared to Fleetwood Mac crossed with “polite” punk and folk. True, but neither comparison is totally fair. Point being though that yin and yang are getting mixed up. 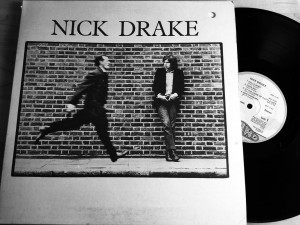 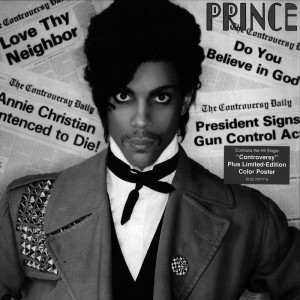 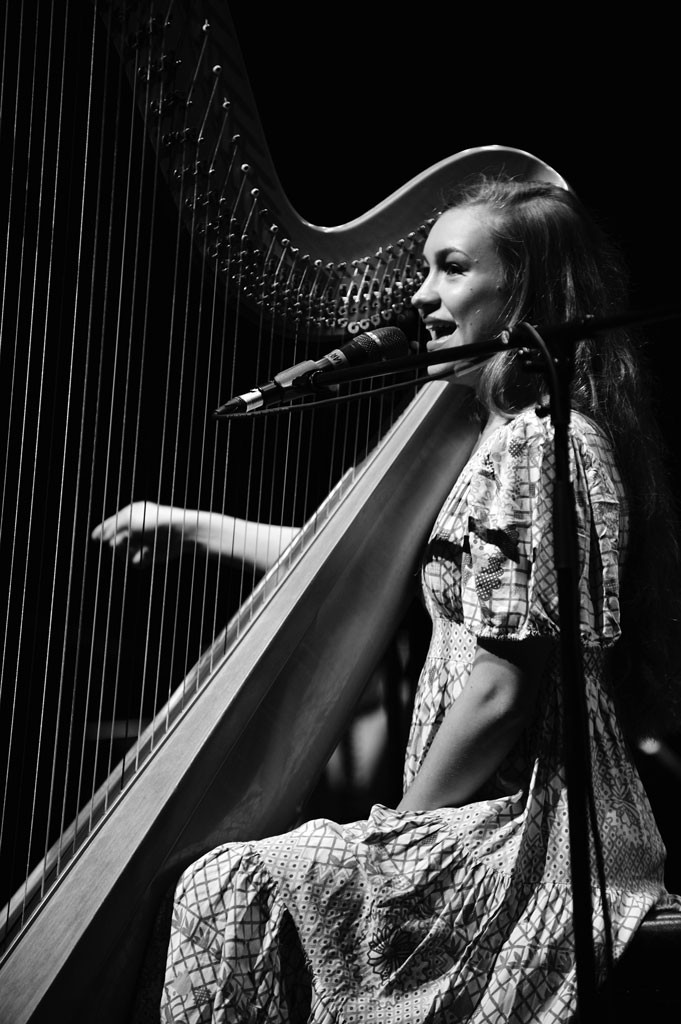 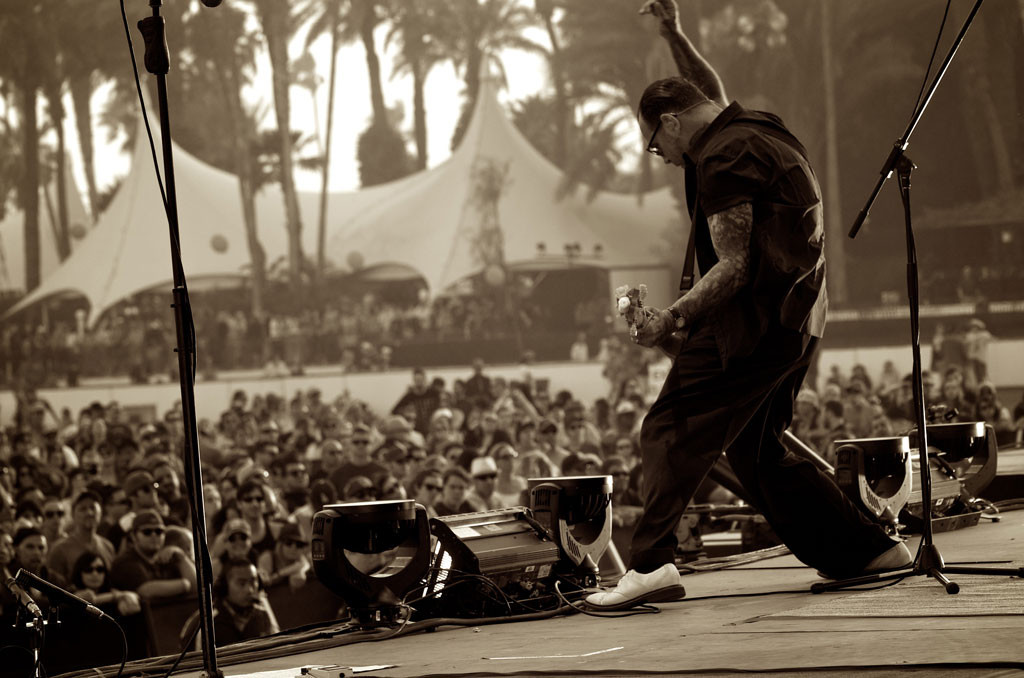 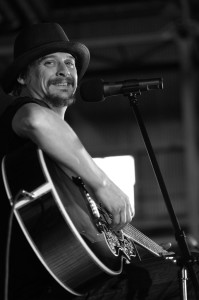 What sort of music is the best? Surely there has to be a blend of the two. In an broadcast interview I put it this way.

“I like music that is cutting edge and not purely derivative of what has happened before. I give bonus points to influential music that is in touch with the zeitgeist but doesn’t date too fast, that SAYS something. That’s Nick Drake, Leonard Cohen, Randy Newman, Morrissey even. But I also love music without words or that rocks fast. Even when the words are stupid or suspect or makes it a guilty pleasure. Like Social Distortion or the Sisters of Mercy. The best is when clever lyrics collide with rock — Springsteen, some Rolling Stones or Wire, to name but three off the top of my head. The best combine yin and yang. The ideas may fight each other and contrast, or might work in complementary harmony. The appeal is to both head and the heart. What do I play most? I am immediately drawn to words, as a writer. But as I memorise the lyrics they have less appeal, like a repeated conversation. I don’t repeatedly play many Dylan albums, for all their supreme and captivating wordplay, in the same way as there aren’t many movies I watch time and again. Life is too short to keep re-living the same scenes constantly. I often use music as a background when I am relaxing at home or driving alone, and then I don’t want it to be too invasive, just something that fits what I am doing. So things I am very familiar with, even some of the guilty pleasures mentioned already, fit the ticket perfectly.”

Even a critic sometimes plays critically sneered-at albums to get him through. Makes my friend Sue feel better about her liking for early Marillion and Genesis I suppose.

So, whether you are a yin or yang, maybe resolve to be less judgmental and say, whatever floats your boat is fine by me.

* Mark Beech is editor of DANTE.