Management and Art in a Marriage between East and West

Nonno Panda and L B Chow the Cow, Who Wanted to Become a Fishmonger Artist

Management and Art in a Marriage between East and West 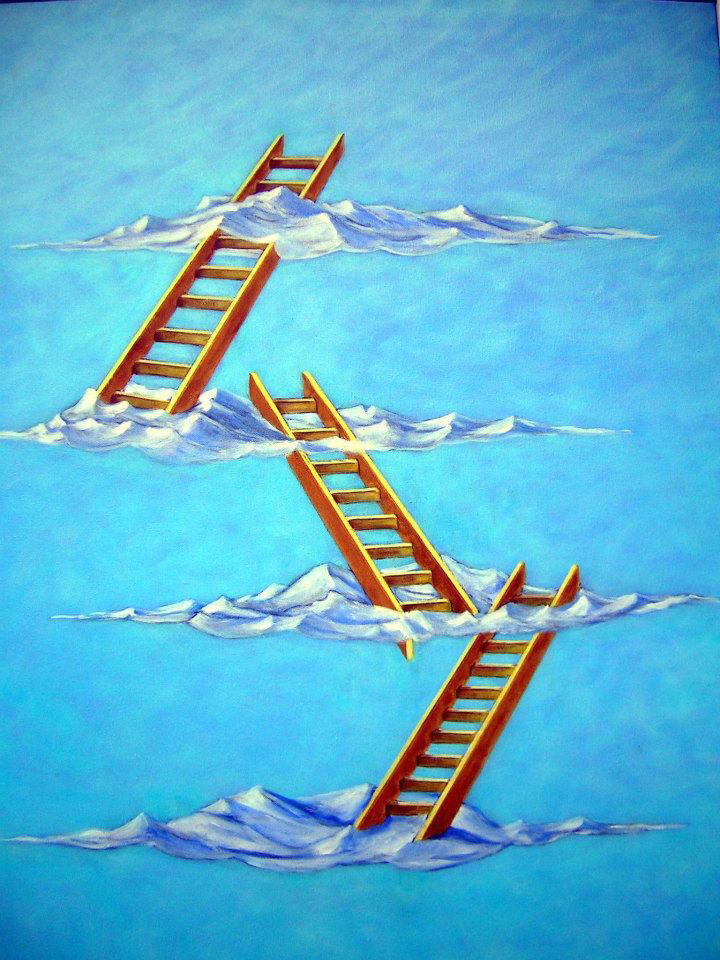 In this issue dedicated to the study of the harmony between opposing dimensions, we meet up with an Italian, both artist and manager, who embodies a different approach to life from our day-to-day way of thinking that straddles the oriental and the occidental – Alberto Veronesi talks about himself to Elisa Nocca for Dantemag

A main principle of Chinese philosophy propounds the possibility of following a different way that is opposite and contrary and it is this philosophical approach that has led Alberto Veronesi, manager and artist, to bring together two diverse professions, merging a Western pragmatic style with his Eastern “feelings”.
From his very early childhood days Veronesi’s experience of life proved to be out-of-the- ordinary. He was born in Verona in 1940 into a family of philosophers and artists but because of a serious medical condition his father had picked up from the war he was sent off to live as very small boy with his aunt, a mother superior in a girls boarding school where he would stay until he was eight. His family’s financial difficulties meant he couldn’t go to secondary school and so, undaunted, he went for his first job interview at the tender age of thirteen and a half to Mondadori Graphic Arts in Verona. 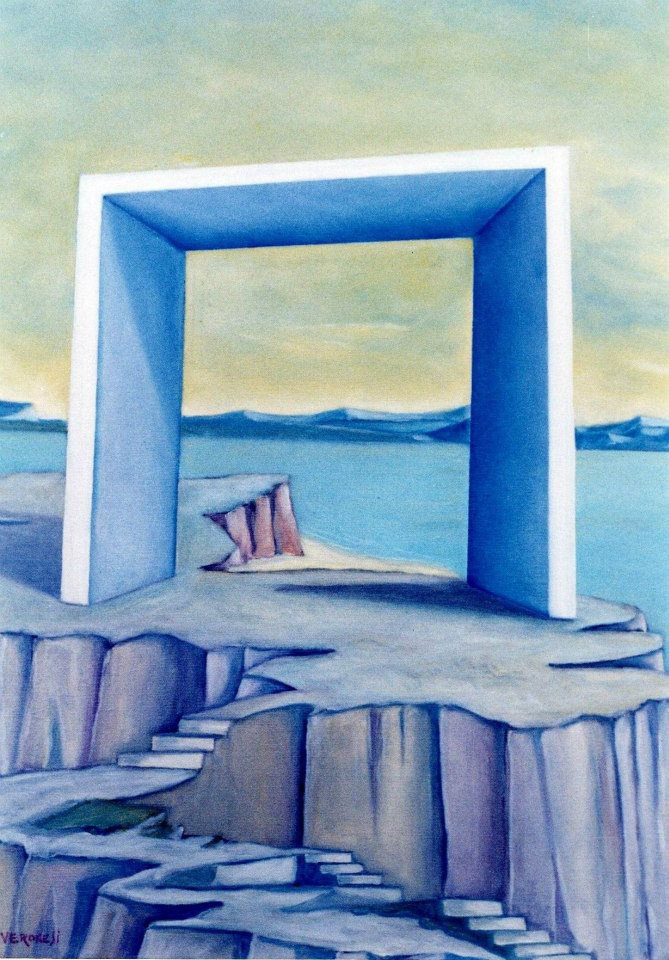 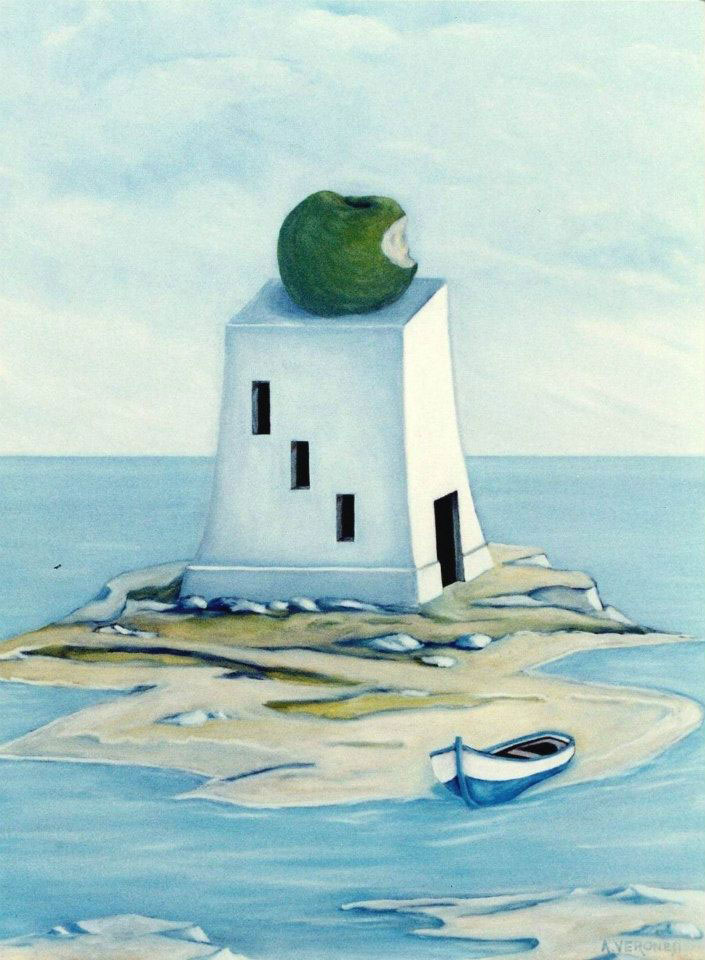 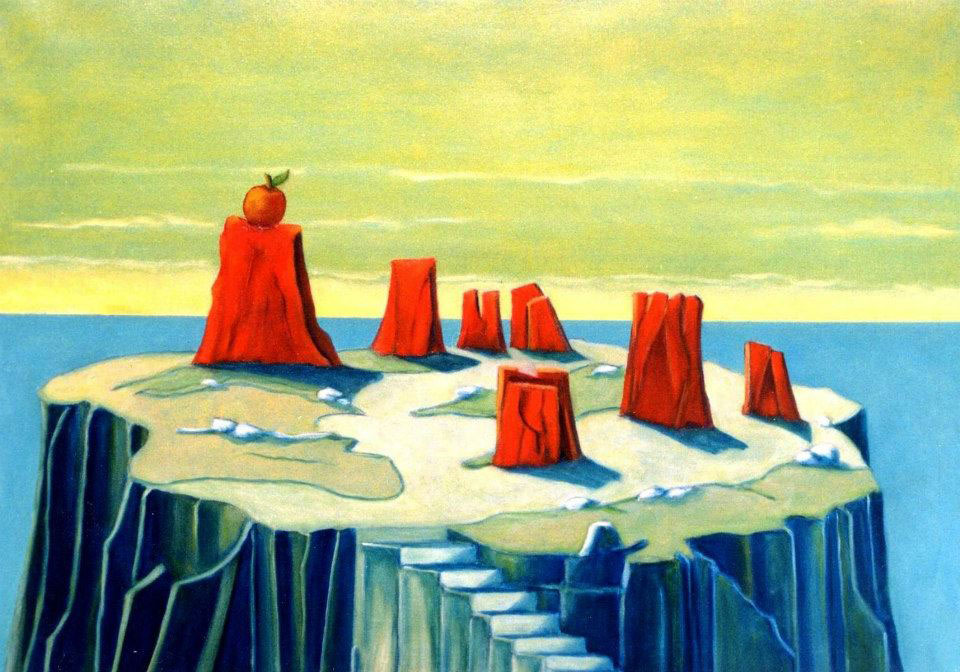 “ I took along with me the drawings I’d done of Mickey Mouse, hoping I’d get a job as a retouch artist but they made me wait for over two hours so my patience ran out, asked for another appointment and left. Two days later I was called back by the person in charge and, once I passed my fourteenth birthday, (the legal minimum age to work), I started my first job for the company – cleaning floors. A brilliant way to start my training!” , Veronesi recalls with affection and in the years that followed he would rise to the very top levels of the company and moved to Paris – where he still lives, by the way – to become the director in charge of operations in France, Spain and Belgium.

In 1985,Silvio Berlusconi wanted him for his elite team charged with setting up the first private TV channel in France, La Cinq, and from that moment on he left the intellectual world of publishing to join a purely commercial one.
Moving to the present day, he has curated exhibitions of his paintings across various countries while all the while delving deeper into oriental philosophies. “I can’t explain where my attraction to Eastern thinking came from”, he adds. “I learnt up about it in order to understand it better, only to realise later that truth by itself is relative because it is illusory” 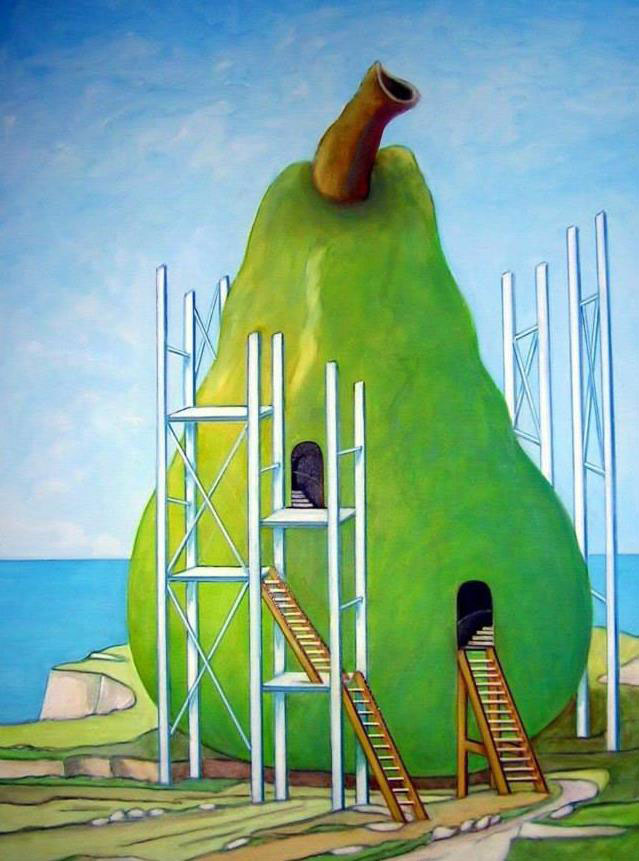 Listening to Veronesi talk it would seem easy to integrate into one’s own cultural make-up a different way of thinking. Exploring with him how to encapsulate the distinction between the two ways of thinking, he attempts an explanation: “In Western thinking the dominant strands are realism, pragmatism, Cartesian logic and so the thought process is reduced to ‘goals, methodology and results’, which invariably veer towards a characteristic that is economic, speculative and aimed at self interest. We call it capitalism or, hypocritically, progress. On the other hand Eastern thinking is based on a philosophical premise which is absolutely different and far-removed, namely, the concept of ‘reality is an illusion’, the ephemeral nature of things and the awareness that the arrogant and selfish ‘I’, together with the ‘Mine’, namely, possessions and the thirst for power, are, in effect, the Eastern equivalent of the seven deadly sins, the origin of all the evils of mankind”
To give a better idea of what he means, he tells me about what he experienced on a journey to Japan, a period when he wore traditional Japanese dress, living the daily life of the local inhabitants. “ The beautiful aesthetic of ‘sakura’ (cherry tree blossom), with its transience, for instance, allows you to understand the ephemeral nature of life, communicating that existential awareness, which, in essence,reflects on our very own existence. This cherry tree holds that intrinsic sense of the harmony of the opposites which, however, you need to grasp and apply with total conviction” Shifting to another level in our discussion, we expand our subject to the economic competitiveness between the East and the West, and Veronesi points to a need to concentrate more on the ethical dimension involved in the opposing ways of thinking and he doesn’t hide his fear of a common attitude whose purpose is the acquiring of material wealth, which could negate the positives to be found in each of the two philosophies.
“The East is a powerful force in terms of conquering the planet – it isn’t just its spirituality, its self-reflectiveness, even if it still draws its lifeblood – literally – from these two. But I’d like to point out that we too have our own positive values here in Italy and the West – equally universal – which go from the masterpieces of Dante, to the genius of Leonardo da Vinci, not forgetting the Latin language and from even earlier in time, the Lex Romana; we should preserve our roots much better, or rather, we should re-affirm them. The selfishness of profit, divorced from any morality, cannot be the only premise for a growth, which , paradoxically, takes the ‘ephemeral’ as its strategic starting point for new political and sociological ideologies. The honourable way forward, in order to extricate ourselves from this peculiar antagonism between economies and cultures, would be to draw equal benefit from a equitable exchange of ideas, based on a reciprocal respect for each other’s cultures, both of which may already be falling victim to ‘economicism’, namely, letting the precepts of economics take over everything”
A moment to take stock once again, therefore, which would require a modern “freeze frame” in history in order to consider a new mutual reinvestment of faith, all the time being aware that speculative analysis can only be the source of balance in one’s life as long as uncertainty does not persist. Once again in our conversation, the idea of ‘another way’ of looking at one and the same way of thinking resurfaces; doubt, the cause of so many vices, becomes in art an essential virtue. “An artist who has no doubt is like a seducer who believes he has already made his/her conquest” Veronesi adds with a touch of irony. “Behind every work of art there lies hidden a presumption to offer one’s own particular vision of the world and this arrogance is counterbalanced by the presence of doubt”. 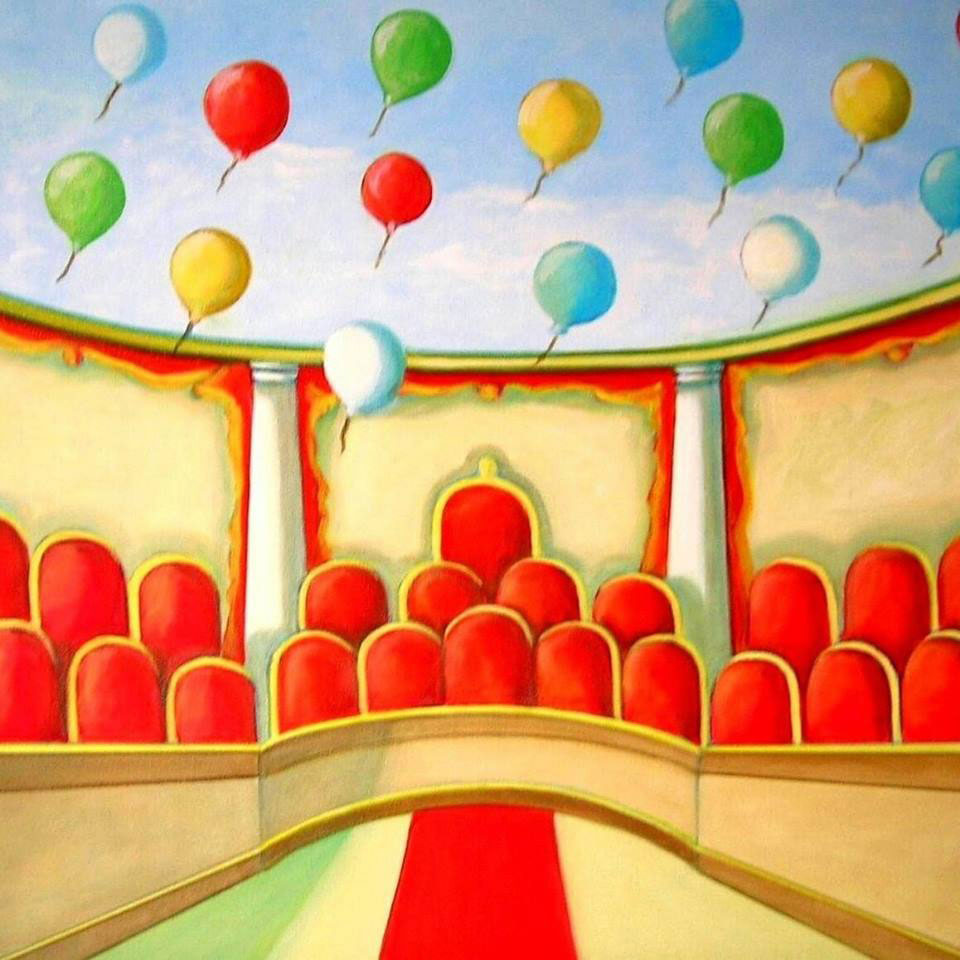 Now it is time to reveal Veronesi the artist, explaining to me how he approaches the Zen metaphysics of his paintings – they are paintings created using a Western technique but inspired by Eastern thought, thereby expressing his search for these “absolute non-realities”
“This concept is realised following a basic structure: the artwork creates an immediate intuitive response in the viewer but which then slowly reveals allusions and at this point, the artist exits the scene, the work stops providing answers and starts to ask the viewer to self-reflect, encouraging them to search for a ‘why?’, questions the viewer can only find the answers to from within their own subjective being”
Why Veronesi should have dedicated himself to painting, in direct contrast to his professional managerial life, he himself very quickly makes clear as being the most natural way to express thoughts and feelings. “It’s my way of synthesising everything, to make sense of all the knowledge I’ve acquired. The blank canvas is a testing con- frontation, it leaves me naked in terms of my reality, or rather, of my non-reality” Veronesi has exhibited in over 250 galleries, from New York, Barcelona to Osaka. In 1997 the European Parliament in Brussels gave him a one-man show, acclaiming him as the ‘up-and-coming representative of Italian contemporary art’
If there is a link between this idiosyncratic duality of Alberto Veronesi, manager and artist, there is no one determining factor. “I’ve always been like that”, he says. “All I know is that my Eastern life is not separate from my Western life; for me they could be just the one continent!”
I believe this last phrase of his holds the key to how to sum up this man. The uniqueness of Veronesi lies in his philosophy, how he interprets the sense of ‘togetherness’ between East and West in a completely natural way; the two worlds, w 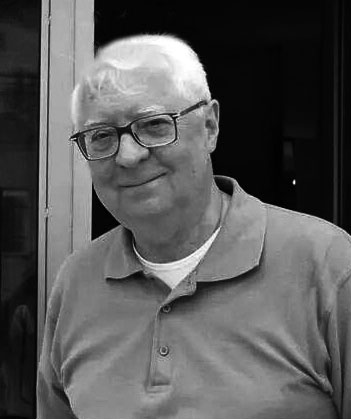 ith their two deep spiritual and cultural insights, he show them to be much more porous than anyone might have believed. A simple approach to existence, that becomes hope in opposites. “Turn any diversion into a new path, a trip into a dance step, fear into a ladder, turn a dream into a bridge, a need into a meeting…” so says the Portuguese poet Fernando Pessoa and with these words perhaps we can neatly summarise – by opening ourselves up to another way that is opposite and contrary, we will discover that all of us are looking for one and the same answers, wherever we happen to be from.