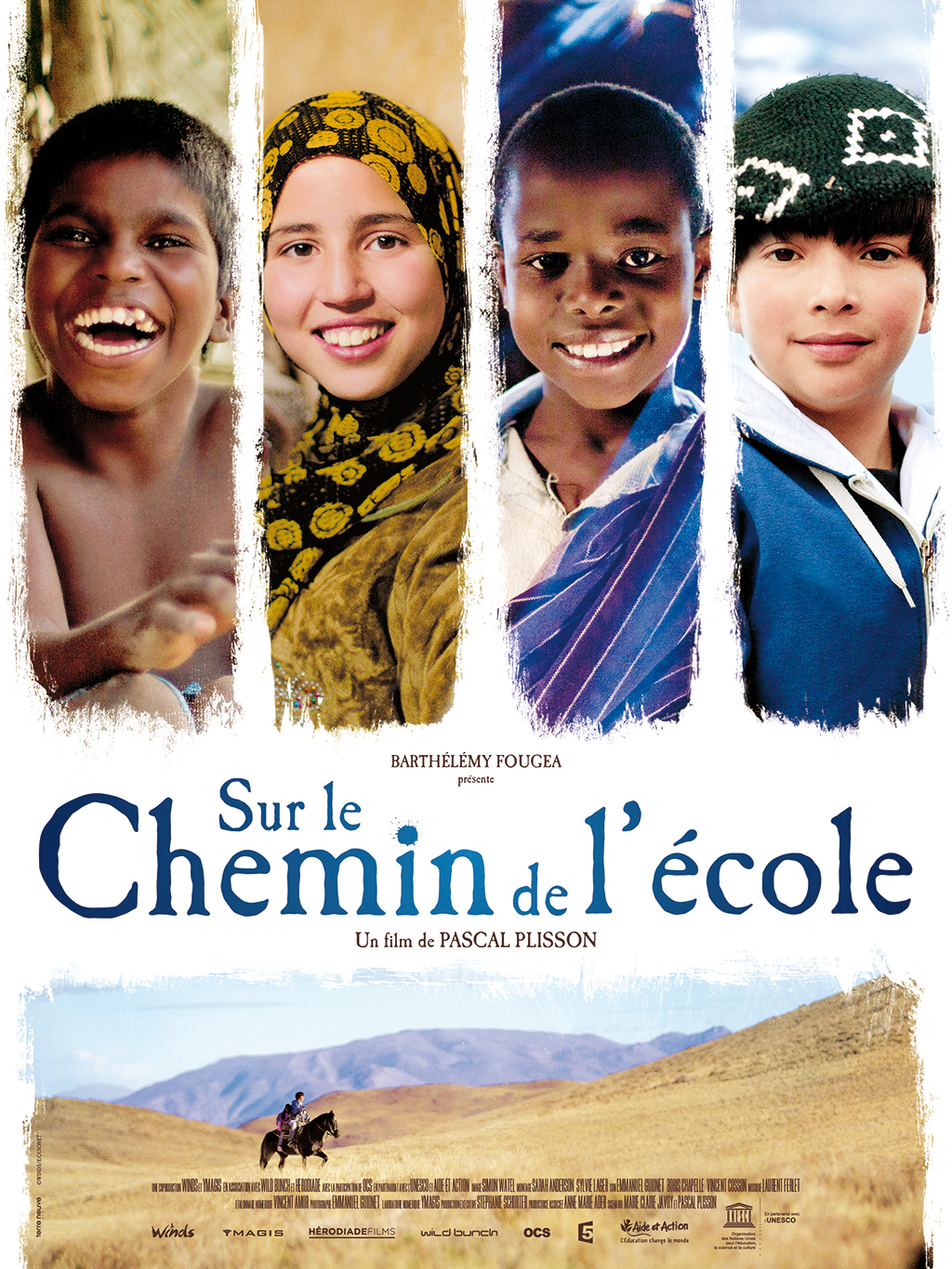 A few powerful words give a better introduction than a long and prosaic description.  This is truly the case when you approach Pascal Plisson’s documentary Sur le chemin de l’école  (On the Way to School). The first thing you see on the screen is the following line: ‘We forget too often that to go to school is a question of luck’. Indeed, with those few, provocative words you are plunged into the story.

How many times do we take for granted simple facts inscribed in our lives as though they were signifiers of life as a whole? In fact, do they not consist really of a specification of our own existence, of the uniqueness allowed for by the simple contingency of the place and the moment we are born into? Does it change, can it change otherwise?

Plisson’s documentary asks those questions. It brings to the screen the seemingly mundane commodities in Western society that are among the great achievements of our times: school is a paramount victory among them. For most of us, in our first memories there is always the thrill of our first day at school; the joy and pride of acquiring the status of student, of becoming part of a growing great army of young men and women, lined up to become adults through the teachings and the bearing of classes and exams. Indeed, it has become a rite of passage that is taken so much for granted, it begins to be seen as commonplace and even insignficant. So many young people look at their daily lives as a boring necessity between weekends, something to be escaped as soon as possible. And parents and policy-makers and those in charge of  improving the experience, while spewing a lot of rhetoric about education, rarely put their money where their mouths are and dedicate sufficient resources to support it. 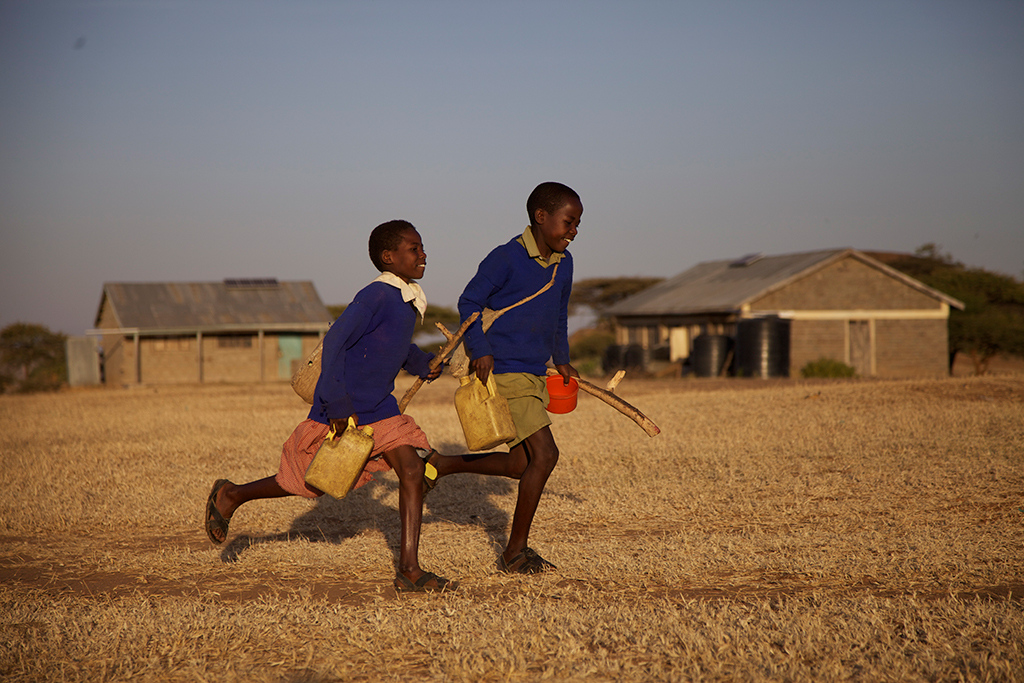 On the Way to School reminds us of the bedrock importance of school, of learning, of improving the level of your education. It reverses the question of what can be considered modernisation and evolution. And it touches a sensible string, one that defines how many efforts and means we need to achieve an end. It talks of determination, stubbornness and  self-consciousness; it talks of the power of reason, the beauty of life and the quest for a better future.

The stories of Jackson, Zahira, Samuel and Carlos are the tales of four young souls, already adult enough to face the difficult reality in which they live. They live in the world’s south. They live without running water, without electricity, with scarce resources and with crude environments to face whenever they open their eyes to a new day. However, they fight to be better. They fight for more decent lives for themselves and their families. And their fight for a better world is expressed through the simple gesture of going to school – not only attending lessons, not only studying: first, they must simply get to school!

Jackson lives in Kenya. He is the oldest of four children living in a remote area, surrounded by savannahs. He possesses the eyes of a fighter, of someone who already knows that life is a daily battlefield. Once he is awake, he needs to find water, to dig deep into the sand to collect clean water to drink and to wash his clothes. Then, as the sun rises in the sky, he helps his family with the daily hard work required to survive.

Zahira lives in the Atlas mountains of Morocco, sharp, sandy mountains and deep gorges. It is her last day at home. Later she will set out for school, and stay there for the week. Grandma is proud of Zahira’s commitment to learning. In grandmother’s days, perhaps a brief period at the mosque was the only moment she could learn something from books, and then only from the Koran. 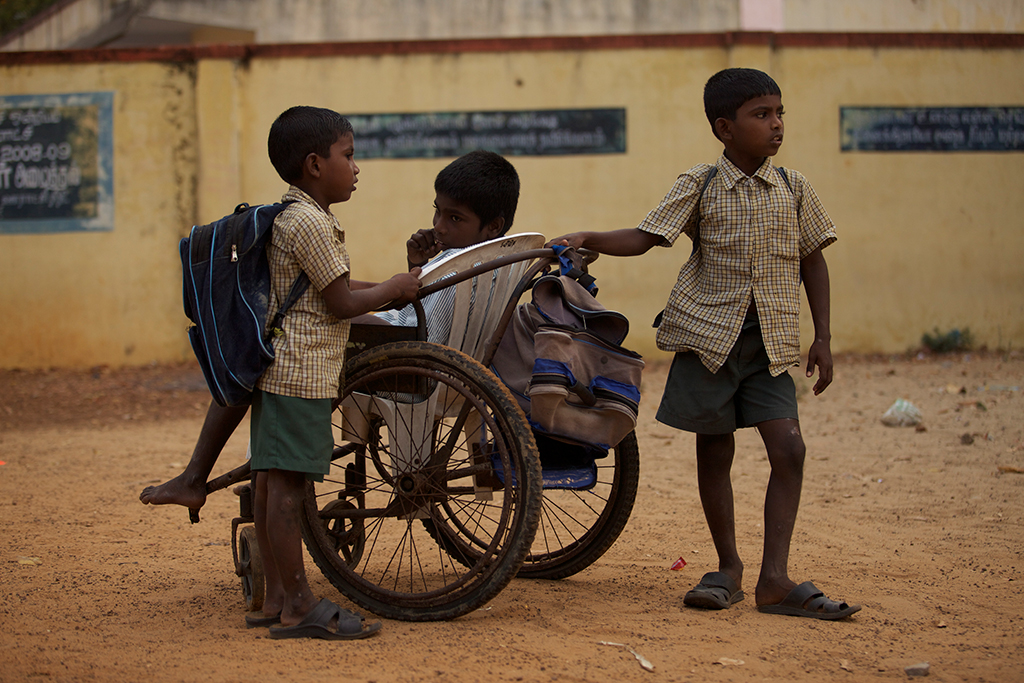 Carlos looks out towards the Patagonian horizon, just before dismounting from his horse and jumping into the sheepfold to grab lambs and help them feed from the ewes. His father then brings him home through the rocky trails to have his breakfast and collect his sister, before setting off to school.

Samuel is on the beach, looking out to the Gulf of Bengala, waiting for his mother to come back to collect him and his rusty wheelchair for the morning excercises. Samuel cannot move on his own; soon his brothers will come to start the long journey. They will push and pull Samuel’s chair all the way – for more than 4 kilometres to the village where his school is.

Four stories, four kids who are lucky enough to know the power of education. Four children who within are already grown-ups. They have big dreams, and they struggle for them to become real. Pascal Plisson follows them around, as they rise on the day they have to go to school and along the long road that leads there. The rhythm is intense; Plisson does not want the viewer to forget the other stories. They are all connected by the same thread that leads from one house to the other, to the school the kids want to get to. Their families are aware that sparing a hand from home to go to school means losing that hand for work at home and in the fields. But luckily for these children, these families have realised the power of knowledge, the strong meaning of words and the hidden fascination of numbers.

Jackson and his brother walk on, steadily carrying their water flasks and their rough fabric bags. The savannah is dangerous for kids; they could easily end up in trouble. The area they must cross is a gathering area for herds of nervous elephants. Jackson’s brother is thin and weak and slows down after a while. Nine miles is a long way for an eight-year-old to walk, but to stop in the midst of the trail means to stop in the hottest spot of the savannah: where the elephants fight.

Zahira meets her friends at the top of the next valley. They all live in remote areas, and need to cross several mountain crests to reach the main road to the boarding school. They must cover more than 22 kilometres. The sun had yet to rise when they embarked on the weekly journey. Up and down, the gorges fall deeply before they rise again, and the trails become harsh at times. The stones cut and hurt, and the dust fills your nose. They meet travellers, but very few of them are prone to help the young girls. In Morocco, men have better things to do than agree to help the dream of three women. Fortunately, once they reach the main road, a sheep truck allows them to travel with the stock, and they can rest their tired legs for a moment. 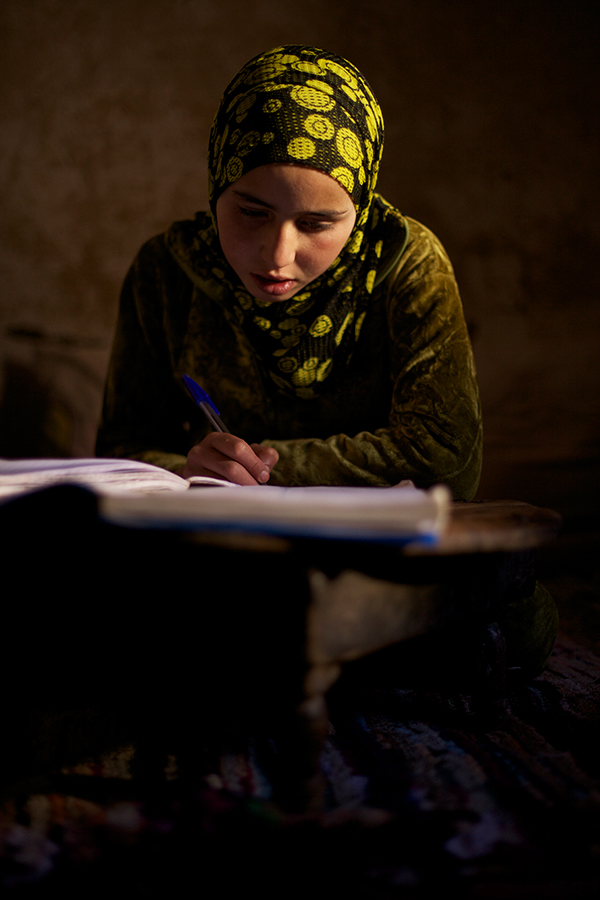 Carlos tightens the saddle and puts his sister on the horse; then he jumps on. He has got a long way ahead of him, across the infinite pampas, crossing rivers and rocky hills. For the next two hours he needs to be focused to the maximum. Carlos has a mission, but he stops to pay homage to the holy icon set in the middle of the plain with a good luck red ribbon his father gave him. His sister wants to ride in front, and they laugh at the little girl’s clumsy attempts to handle the horse. Eventually, they meet two friends coming from the opposite direction, bearers of the same faith as Carlos and his sister, on the way to school, still hours of riding away.

Samuel and his brothers seem luckier. Their boarding school is just four kilometres away. However, they live close to the sea, and the delta is crossed by an infinite daedalus of small canals and swamps. Today the weather is sunny and bright, and Samuel’s smile, as he is dragged in the rickety wheelchair, shines at the rhythm of the jokes his brothers tell. As they approach the city, they puncture a wheel and cannot advance in the dusty, busy roads. Fortunately, their joy seems to transmit to those who meet them, and many are ready to help them. How the heavy task of pushing young Samuel along hard thoroughfares can turn into a game, a joyful ride, rich with smiles and jokes, is a mystery only kids can explain.

Eventually, they all reach their schools, and the success of their journeys is balanced by their success in class.

The tale at times makes you catch your breath. Pascal Plisson knows how to handle a difficult matter in a simple, yet never boring, storyline. The camera follows the kids around, captures their hard times, fights with them, runs with them, and shows their faces, always ready to smile. The kids are wonderful. At no time during the movie do we ever suspect they might actually just be acting out a part – even though it is their part.

However, at the beginning in particular, the shots are too close-up, the eye of the camera is a bit too close to the daily life of the kids and their family to be truly realistic. It feels as if your eye becomes that intrusive camera and you get used to being so close, paradoxically, you almost forget the unreal nature of their situation. Plisson, there, scores great points in terms of direction.

The soundtrack is unforgettable. The sound of many beautiful young voices singing together stays with you until the end and afterwards as you make your own way home. The choice of the musical themes is not clichéd and yet the themes match the visuals without over-dramatising.
In the end, we see the children’s worlds through their eyes and hear their voices. 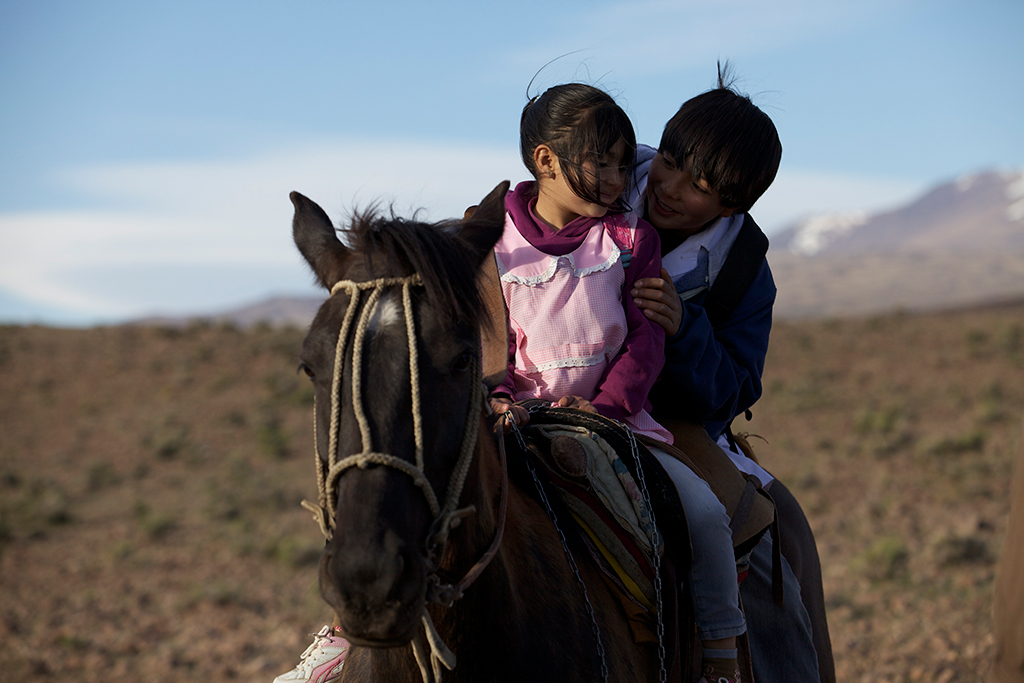