What Will You Do For A Breath of Night?

What Will You Do For A Breath of Night? 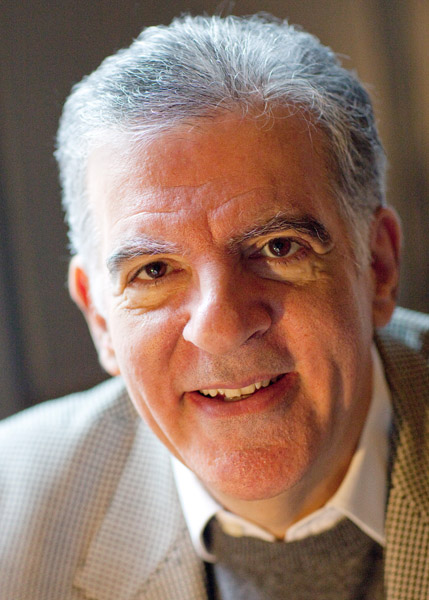 Michael Arditti is an English novelist who has been described by Philip Pullman as ‘our best chronicler of the rewards and pitfalls of present day faith’ and hailed in many quarters as the heir to Graham Greene. His latest novel, The Breath of Night, has also drawn comparisons with Joseph Conrad and Evelyn Waugh and was acclaimed by the Independent on Sunday as ‘pure genius’. I met the author in his flat in London’s leafy Primrose Hill to discuss his new book.

Why did you choose to set “ The Breath of Night” in the Philippines?

Quite specifically because it’s one of only two Christian countries in Asia. I very much enjoyed immersing myself in Lourdes for my previous novel Jubilate and found that readers responded to that particular sort of descriptive writing. So I decided to go even further afield for The Breath of Night. I wanted to explore various sorts of culture clashes while developing religious themes from my earlier work.

There is a real sense of place in the novel – did you travel to the Philippines for research?

Yes, I don’t think I could have written the novel without having visited the country. Although the digital world allows us all to be armchair – or, in my case, desk chair – travellers, I could never have begun to understand the complexities of the people and their relationship to the Church, the family, sex, politics and so much more without going there. Besides which, it wouldn’t have been so much fun!

The West has a very narrow view of the Philippines. For most of us it amounts to Imelda Marcos and her shoes. What are we missing out on?

Given that an eighth of the Philippines’ economy derives from remittances sent home by oversees workers, it is likely that most Westerners have met some Filipinos in their lives, although sadly they usually occupy very menial positions. Indeed, Julian – one of the novel’s two central characters – laments the fact that ‘this beautiful people’s best hope is to turn themselves into the world’s servants.’ But meeting a few Filipinos here and seeing the odd disaster story on the news give no sense of the vibrancy of the culture, the beauty of the landscape, the contradictions of the people who are at once hugely self-deprecating and fiercely proud. The influence of the Roman Catholic church is all-powerful and yet,  as the novel shows, this often coexists with very strong indigenous traditions. In addition, that strict morality goes hand in hand with rampant sex tourism, often of the most egregious kind, which also features in the novel.

Novels and religion are both intrinsically about empathy. So why is the subject of religion so rare in contemporary fiction?

We live in a largely secular society and most novelists refl ect, either consciously or not, the values of that society. If enough people believe that religion is an unfashionable subject, it becomes so. On the other hand, I think that there’s a signifi cant crossover between people who read literary fi ction and people who either have a religious faith or are interested in the questions of morality that religion raises. Like any other novelist, I would like the largest possible readership, but I’m happy to settle for a loyal, informed and dedicated one. 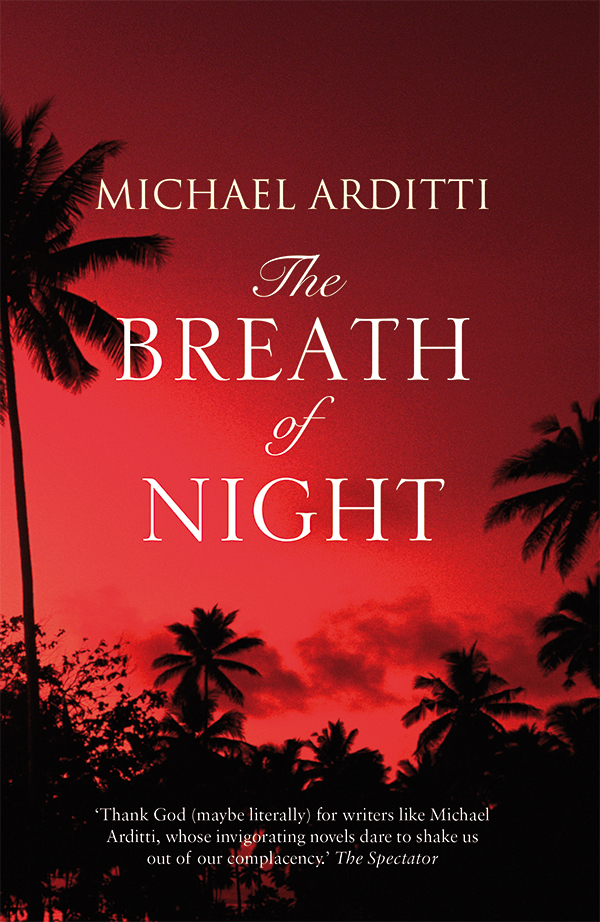 The story of Julian, the British missionary, and his relationship with the rebel communist groups in the 1970s and 80s is an incredibly gripping and plausible narrative. To what degree is it based in fact?

During the Marcos era, the Church was in effect the sole opposition to a government that was essentially a military dictatorship. Individual priests and nuns bravely challenged the poverty and oppression on which Marcos’s regime was based. They espoused the doctrine of Liberation Theology, with its often Marxist ideology, which spread from Central and South America to the Philippines in the 70s and 80s. Many priests took up arms themselves or helped the insurgents in other ways. Whether or not to follow suit is, of course, one of Julian’s major dilemmas in the book.

Did the writing of the book challenge any of your own feelings about the church and organised religion?

It would be fairer to say that it confi rmed my suspicions of organised religion. I have never been an apologist for the Church (any church). I recognise that without the Church the message of Christianity would never have survived for the last two thousand years. Yet it is the Church, more than any other institution, that has perverted that message. In Jubilate, I wrote about the very best of the Roman Catholic church as I saw it at Lourdes. In The Breath of Night, the picture is very different. Quite apart from its iniquitous doctrine on contraception (which is of course practised tacitly by the rich while the poor live on dung heaps with ten or twelve children), it both implicitly and explicitly supports the status quo, encouraging people to accept their wretched lot in this life in the hope of a happier one in the hereafter. The opium of the people is still a powerful intoxicant in Asia. That said, there’s always Julian and liberation theology. 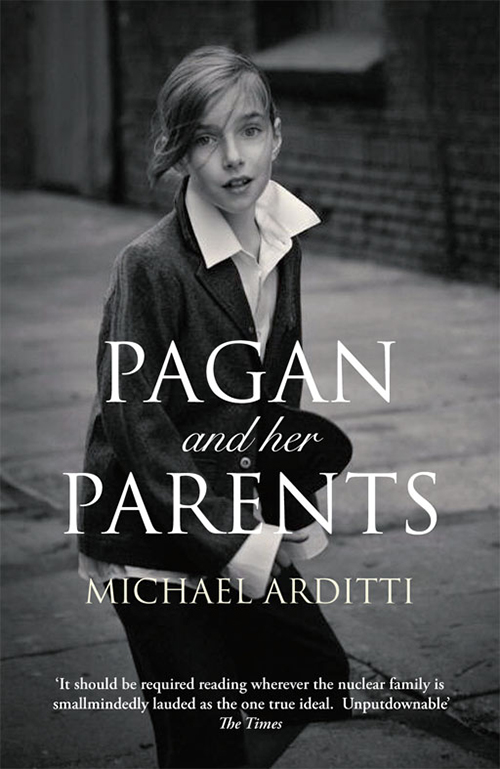 You say that Filipinos tell a joke to make light of their long history of Spanish and American occupation: ‘We spent three hundred years in a convent and fi fty in Hollywood.’ Has its colonial experience really been so tragic?

The Spanish military ran the country for three hundred years from a base in Manila, which only Europeans were allowed to enter, while the friars effectively ran the islands. The Americans, seeking Filipino support in its war with Spain in 1898, promised them independence, only to renege on its commitment after the Spanish were routed (predominantly by Filipino forces), ruling them from Washington for the next fi fty years. The Philippines was granted independence in 1946 but it remained closely tied to the USA, who used it as a military airbase for the war in Vietnam. The Clark airbase in Luzon became the largest in the world and a city of eighty thousand prostitutes, Angeles City (which features in the book), grew up to service it. So, yes, it seems fairly tragic to me. 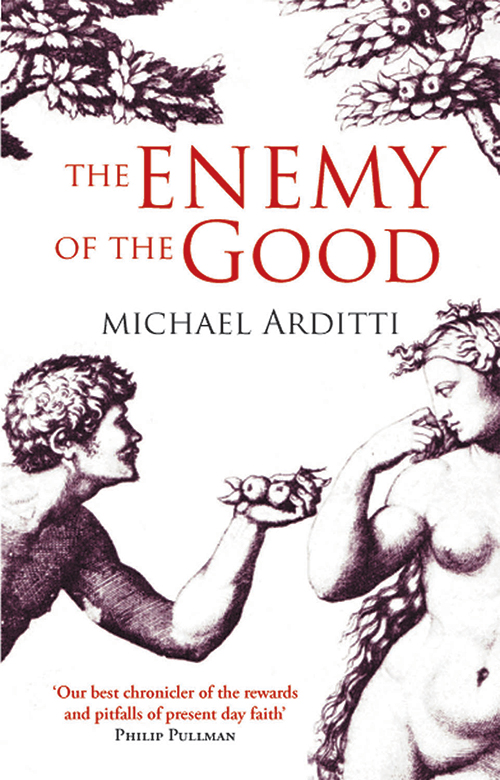 For such a religious country sex seems like a constant theme in Filipino culture. Why should this be?

Sex and religion are not such polar opposites, as I’ve tried to show in various books. On the other hand, the sexual exploitation in the Philippines is largely the result of economic imperialism. Rich Westerners, first the military and now tourists, fl ash their wallets in the faces of people who live in abject poverty. So it’s not hard to predict the outcome. What is harder to comprehend are the double standards of the Church. One of the pivotal episodes of the book occurs when Philip, my second protagonist, encounters an old woman selling abortion-inducing herbs in the shadow of the holiest shrine in Manila. This is based on fact.

There is a strong thriller element to the book. Was this a conscious decision on your part?

Every novel I’ve written has a different structure, setting and tone. The thriller element came from the story and the way in which Philip and Julian’s experience was played out. It wasn’t something added later to sugar the pill of religious debate! I hope that the book will give food for thought while making the reader eager to turn the page and savour the next course. 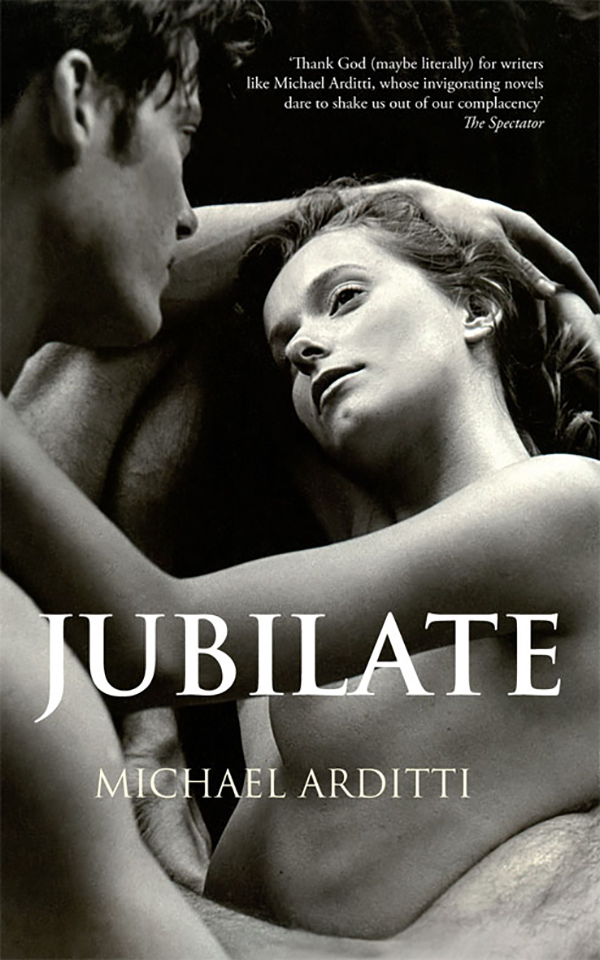