It is never a good thing to wallow in gloom and doom but it is equally unsound practice to deny the critical state of the era we live in. Ours is as trying, dangerous, and complex an age as any that humanity has endured since we emerged from the Great Depression, two World Wars, post-Colonialism and the end of the Cold War. If we merely consider this simple list of historical precedents we must painfully acknowledge, as we have started 2013, that collectively we are not free from want, armed conflict, repression, tyranny or extremism. The logic of the greater good does not rule. The march of civilisation finds the road ahead uncertain. It is fraught with dangers, filled with a myriad of terrifying unknowns and as many dark certainties as we dare fathom. It is a truism to assert that the prognosis is fearful and fragile. 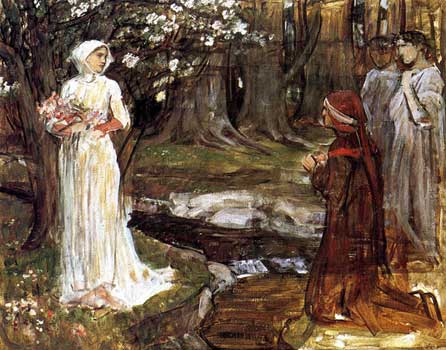 The growing prospect of global economic collapse has shadowed us since Dante’s inception. That is why we want to toy with the concept of the seven deadly sins as our cover article for this edition, giving them a modern make-over with some fascinating points to make on the way, which lead to some surprising conclusions.
The people who work for Dante are citizens from a host of nations in every continent on earth, of every possible race, religion, intellectual and cultural orientation. We regard this diversity and multitude of voices as our core strength. We do not consider just one parochial backyard but the larger mosaic of our common humanity and our common condition. We are in this together with our readership, hoping for the best, preparing for the worst and trying to do the story justice.

Our métier is to posit and discuss ideas – universal and self-evident ideas, like the right to education, the equality of women, racial tolerance, freedom of expression, legitimate dissent and the right of survival itself. And when these things are silenced by an iron hand, from Moscow, to the Swat Valley to the Niger Delta and Darfur, Tunis and Teheran, we object unreservedly and regard it as our duty to raise the alarm. Journalism’s raison d’être is to speak truth to power. This, more than ever, remains its highest calling and expression, no matter how cowed the Fourth Estate has become in many instances, not least in the United States, where the inhabitants of the last superpower serve neither themselves nor the planet well, in accepting such provincialism and corporatism from a press corps that was once one of the most unyielding in the history of the craft.

Five centuries after the Renaissance – the very ideal that prompted us to found Dante – we conclude, unashamedly, that we live in a profoundly irrational age, with few of us immune from the slavish or wilful absence of reason dominating our collective existence as peoples and societies.

How should we respond to a looming new Dark Age disguised by all the trappings of so-called modernity and progress? We must tend to the soul. We must remember to live and not merely to exist. We must ascend to loftier ground, pause to walk in the garden, to ponder the beauty, the brilliance, the genius and creativity of humanity. Dante will not stop celebrating this spark, which all the brutishness and ignorance in our baser selves seem incapable of extinguishing. And if solidarity and compassion are instincts as pronounced within us as our appetite for destruction, let us become the change we seek, despite the hardships and the odds against us. Let us banish the notion of improbable success and add our light to the sum of light, as Tolstoy implored us to do, and, together, defeat the beast of our own stupidity. Let the inmates take over the asylum and let us see who is truly mad. And if, alas, the existential fireball is inexorably coming towards us, then let us look to the dissenting hothouses of the human spirit in all their glory in Paris, Berlin, and the Harlem Renaissance in New York in 1939, before the juggernaut devoured us, as instructive examples. Things were hard then too, and they got harder. They will become more difficult now, too, no doubt. But when conformist irrationality is touted as both reason and as the natural order of conduct, then our refusal to participate in self-immolation is the method in the madness that makes us sane. I resist, therefore I am. Good tidings to all of you in this 2013, dear readers, from all of us at Dante Magazine.