American Apocalypse – Then and Now 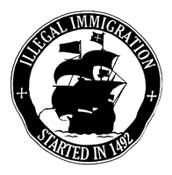 When Europeans landed in the Americas, they established a template for the exploitation of the land and the subjugation of its people. That pattern is still playing out with eerie precision, more than five centuries later.

For the Taino natives of Hispaniola, the first contact with Europeans was like watching aliens landing from outer space. Were these creatures, with their unknown animals and weapons, gods? They soon showed just how divine they were. Some burglars simply take what they want and leave. Others smash the place up, shit on the floor and rape and torture the residents to death. Among thieves, this last group are considered unprofessional, immature and probably intoxicated. Almost without exception, this is how the Spanish invaders behaved on entering the Americas, and they did it with the mocking laughter of maniacs. Sure, voices were raised in protest and The Black Legend of Spanish brutality spread, but this did not prevent a single atrocity. A merciless, irresistible force had been unleashed upon the New World. 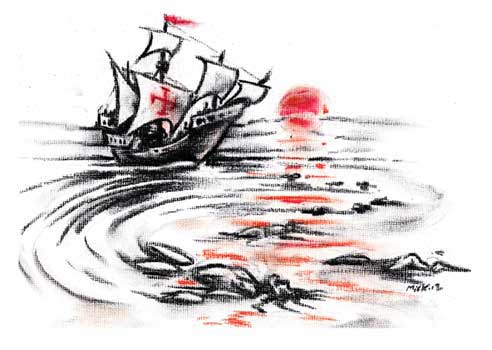 What was destroyed in Hispaniola? Before 1492, it was a large, well-populated island. The people enjoyed better health and life expectancy than most Europeans. Their horticulture was varied and sustainable. Fish, turtles and tree iguanas provided extra protein. They moved their villages every thirty years to allow the soil to recover. The tropical climate made it possible to produce adequate amounts of food without undue effort. One worked to live, not vice versa.

The Spaniards, accustomed to a strict, stratified, medieval class system, saw very little social organisation. There was no servant class, no great disparity between rich and poor. Females could be chiefs. Outbreaks of violence between the extended families were child’s play compared to the slaughter on the Old World’s battlefields. A single death was a big deal. Salivating at the sight of the women’s bare breasts, the explorers immediately thought of the Garden of Eden. Columbus saw docile slaves and a quick fortune in their golden ornaments. Thirty-nine Spaniards happily agreed to remain in a little wooden fort called Navidad (Christmas) while Columbus sailed to Cadiz for reinforcements. It took him half a year to come back with an army in seventeen ships. 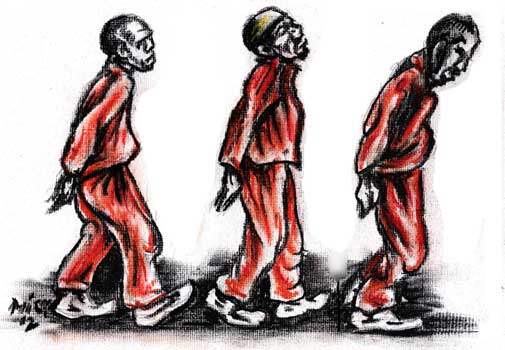 Somebody should make a film about what happened to the thirty-nine isolated pioneers. Not one was alive after six months. It seems, in the midst of safety and plenty, that they managed to destroy themselves down to the last man. They fought each other. Their demands for food, sex and gold from the natives became increasingly outrageous, no doubt backed-up by petulant violence. Predictably, their deaths gave Columbus a perfect excuse to unleash wholesale terror on his return. The Tainos literally became fair game; horsemen pursued them across the landscape and speared them for sport. Villages became the personal property of the Spaniards who worked the inhabitants to extinction and then started the African transatlantic slave trade to replace them.

By 1518 the first black slaves joined the dying Tainos in the gold mines. Smallpox arrived in the same year. Nearby islands had been depopulated. Natives from the Bahamas were crammed onto vessels that navigated back to Hispaniola by following trails of corpses floating in the wakes of previous ships. The genocide spread to Jamaica and Cuba. The frontier swiftly moved west, to the gold-rich Aztec and Inca empires. The greater Caribbean islands became glorified ranches, producing mainly hides and lard. A complicated racial caste system evolved. Among dozens of classifications, the basic principle was clear; white was good, brown was worse, and black was irredeemable. The only way to rise in the social scale was to breed out the black and brown over generations. Long after the abolition of slavery and over five decades since the ‘Black is Beautiful’ slogans of the 1960s, this pecking order persists throughout the Americas.

The lowest of the low slaved in hellish silver mines on the mainland and, increasingly, on sugar plantations. On Hispaniola, in today’s Dominican Republic, Haitians cut cane in appalling conditions to this day. Haiti itself dramatically demonstrates the effects of deforestation and erosion, but this does not stop illegal logging and soil depletion by thirsty sugar fields on the Dominican side. 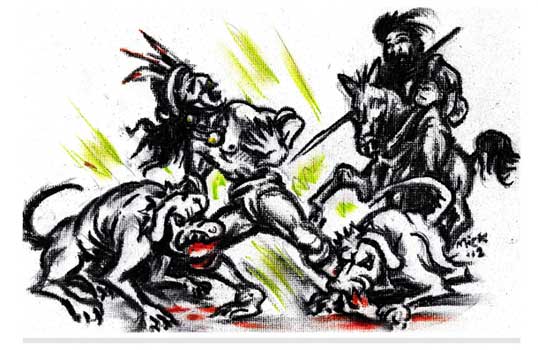 Half a millennium of slavery and bestial dictatorships has left the population of Hispaniola mired in grinding poverty. Most people, on both sides of the island, want to migrate to the US. Even as “illegals”, they dream of living among the winners in the current imperial heartland. With Obama in the White House, they might fondly imagine they are entering an enlightened democracy, a land of opportunity. Those who don’t have to keep their heads down for fear of being deported will have to remain calm while being frisked for drugs in the ghettos. Men like Dick Cheney, who hoped to profit from Halliburton’s plundering expedition in Iraq, have invested millions in private prisons. They need bodies to fill them, Black and Latino bodies. The police and District Attorneys know the colour of the harvest on the inner city pavements. There are still fortunes to be made from men in chains, especially those who transport themselves from the ruined corners of the Earth.

It seems we learn very little from our collective experience. After the bloodiest century in human history, the drums are beating again. The United States, with massive military bases spread across the globe, set the pace. They refuse to acknowledge environmental dangers. Even hurricane Katrina was an opportunity for private profiteering. The Wars on Terror and on Drugs, which will never be won, are endless moneymaking opportunities. Goldman Sachs speculators talk of ‘blood in the water’, of ‘raping and pillaging’ struggling economies in an atmosphere of greed and fear. In this climate, ignorance is an advantage. It makes you more ruthless. Columbus, who was not the sharpest knife in the drawer, would feel at home. When will we understand that this feeding frenzy is not necessarily the way it has to be, and develop less downright evil strategies for coexisting with nature and each other? Would it be asking too much to imagine good, harmonious solutions? Yes, it is THEM and US. THEY won’t help, so WE had better apply ourselves to the task.