A Director’s Guide to Overnight Success in Hollywood: A 10-Step Programme

American Apocalypse – Then and Now

My Country ‘Tis of Thee: Election Blues and Patriots’ Angst

A Director’s Guide to Overnight Success in Hollywood: A 10-Step Programme

Do you want to make movies, but are finding Hollywood acclaim elusive? Maybe you’re going about it all wrong. Bernadette Rivero gives us the benefit of her filmmaking experience to ease the way for aspiring directors in ten easy”ish” steps. 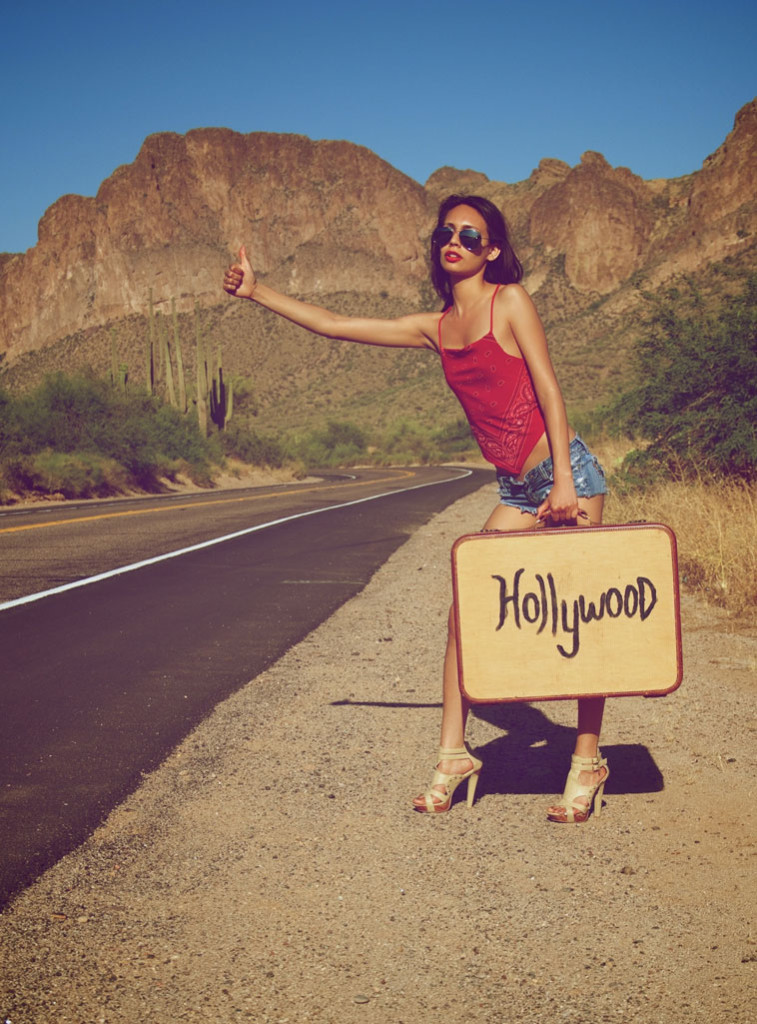 Follow her guidance and you’ll find that overnight success, if you’re dedicated to your art – and are willing to be flexible with your definition of “overnight.”

You want to come to Hollywood. You have seen the feature films and shorts and television shows and creativity and it all lures you there.

Don’t be one of the thousands upon thousands of directors working at cafés, dishing up coffee, waiting on tables at restaurants, biding time behind the counter at a gym or the cash register at an organic grocery store.

Don’t spend your weekends wheeling and dealing and convincing friends and strangers to join you in front of and behind the camera, filming things in your spare time, on borrowed equipment, roaming up and down the streets of Echo Park, or Silver Lake, or (worst case scenario) the sidewalks of Hollywood Boulevard. Most especially, don’t stand on that strip of pavement outside Los Angeles International airport – where the planes pass overhead – filming the same tourists on the sidewalk and the same planes passing overhead that Every. Single. Aspiring. Filmmaker. Ever. In. Los. Angeles. Has ever filmed. 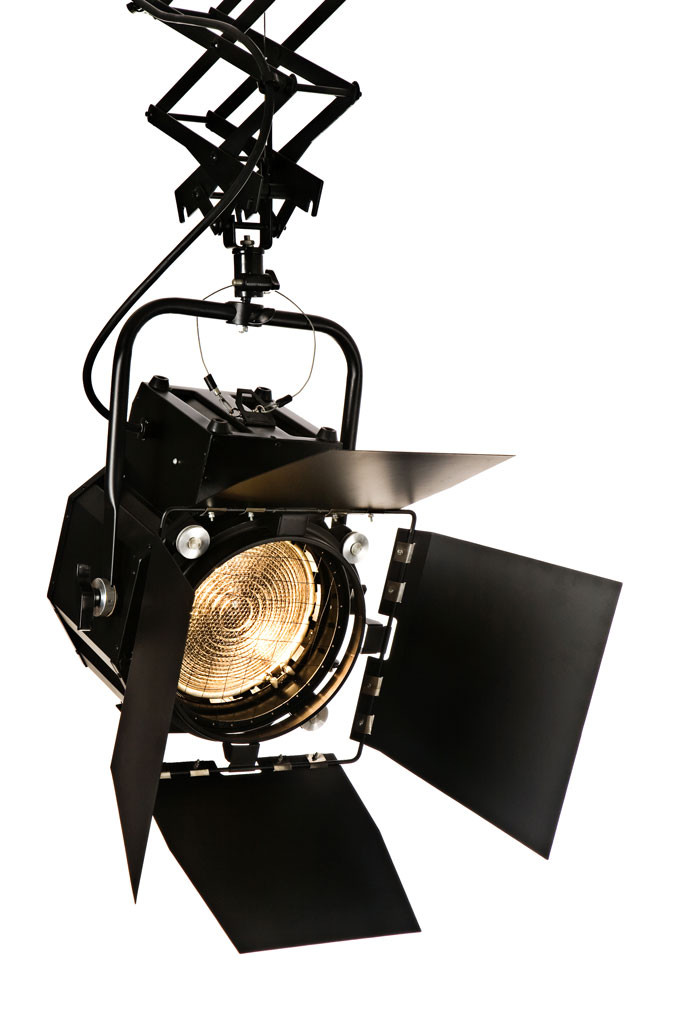 2. Bloom Where You Decide To Plant Yourself.

Blossom where you put down roots: the Italian countryside, the outskirts of Buenos Aires, anyplace at all in Sweden, that funky neighbourhood in Mexico City with the crumbling kiosk in the centre of the plaza.

Love the place you are.

Pick up your camera and film the beautiful angles, the ugly angles, the light hitting things just so at The Golden Hour when the sun is setting. Grab footage late at night when everything twinkles. Go inside when it’s high noon. And don’t shy away from those early morning hours when nothing looks good in the rain. 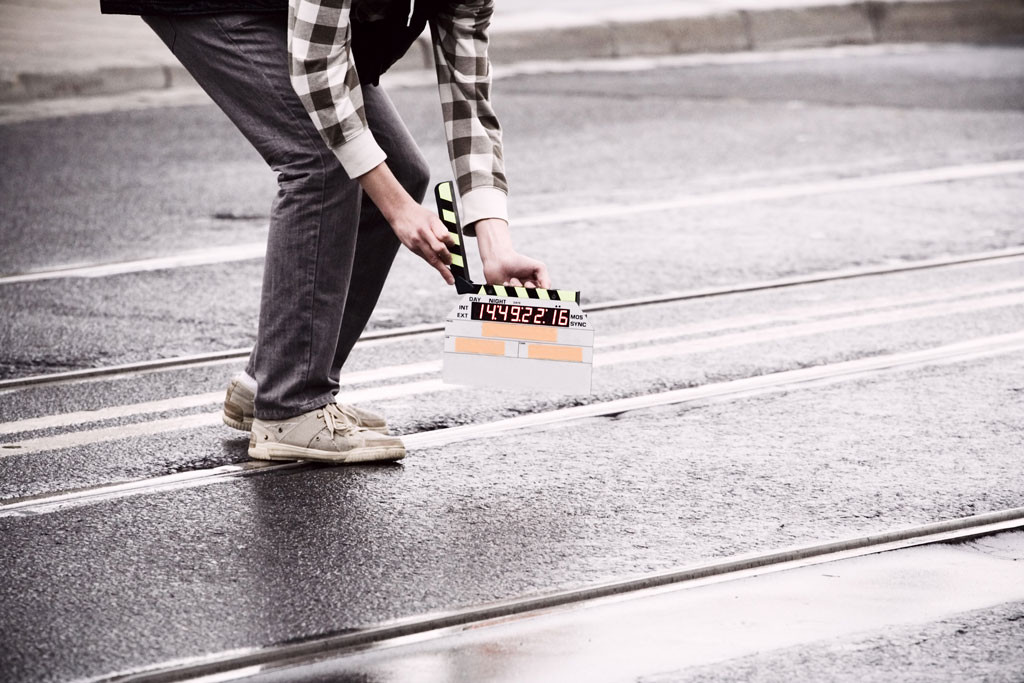 3. Write. Then Write Some More.

Start writing now, before you know any better. Definitely write before you take classes that teach you how to write screenplays.
Write short stories, long stories, scripts, outlines of scripts, comedy sketches, viral Internet video ideas, melodramatic rantings, dramas – everything and anything you have inside your head and heart.

Eventually you’ll want to get around to taking a screenwriting class. Learn proper formatting in your country of origin. Don’t write in English unless your mother whispered it in your ear growing up. Love the page as much as you love your camera, and write entire feature scripts in your native tongue.

You’re going to need four to five fully-developed screenplays by the time you get to Hollywood. They should all be in the same stylistic vein – so none of this business of “one comedy, one science fiction drama, one romantic melodrama, one horror film, one Western,” unless you have millions of dollars (yours or someone else’s) to burn, plus years to ignite and waste.

Mostly, just fully love and commit to the stories you’re putting down on paper. Try to entertain one single, unknown reader who has never set foot in the place you’re describing in 90 to 118 pages of screenplay. 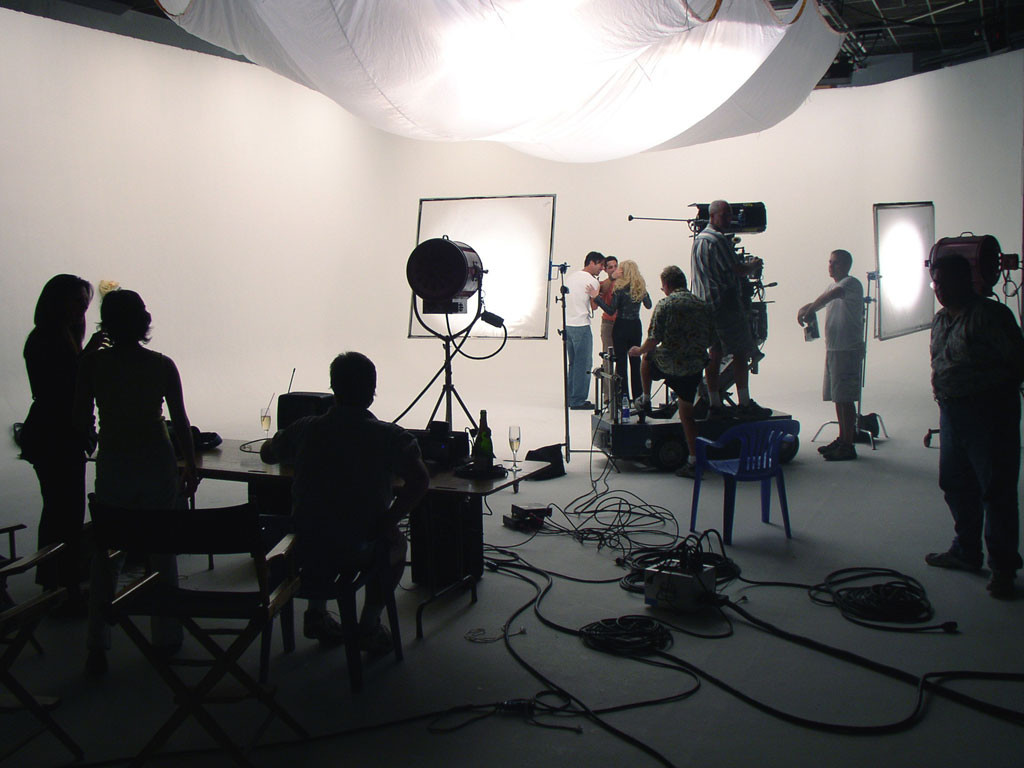 4. Make Friends. Lots Of Them.

Enlist everyone you know in your filmmaking career and invite them to play with you on a regular basis.

Film.
All the time.
For fun.

Mostly, film for the joy of hanging out together; messing around with cameras, lights and editing equipment; eating mediocre (and sometimes good) food on set; and discussing stories that have moved you – whether it’s a film, a good book, or a great conversation you overheard.

Don’t be afraid to get your family members in on the game – brothers, sisters, cousins, neighbours, friends. Make sure that some of them are editors, that others know how to properly apply makeup to on-camera actors, and that at least a few of them know something about CGI and special effects.

Amass a small army of people who love you and will eagerly pitch in to help you for free as you bring great stories to life. 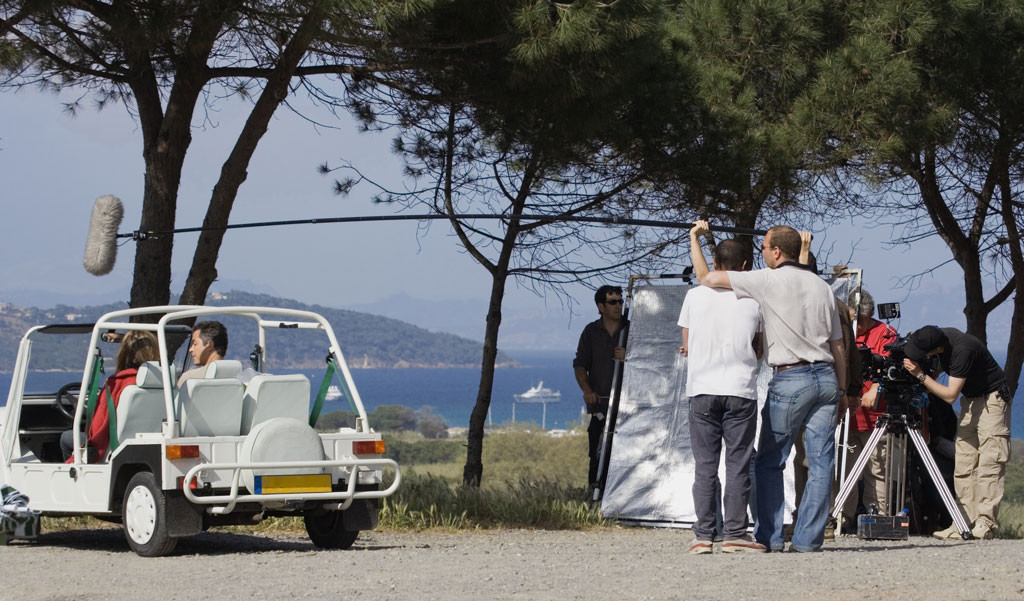 Swallow your pride. Study the art and history of advertising.

In 79 AD, billboards covered the walls of Pompeii, trumpeting everything from bread to politicians. The ad industry was here before you, and it will be here after you’re gone.

Some of your heroes had (and have) long, storied careers filming television commercials.
Wes Anderson (The Royal Tenenbaums and The Life Aquatic with Steve Zissou, as well as Hyundai); Martin Scorsese (Taxi Driver, Raging Bull, Goodfellas and Chanel); Ridley Scott (Alien, Thelma & Louise, Gladiator, and Apple computers).
Even Federico Fellini shot an ad for Campari liqueur. 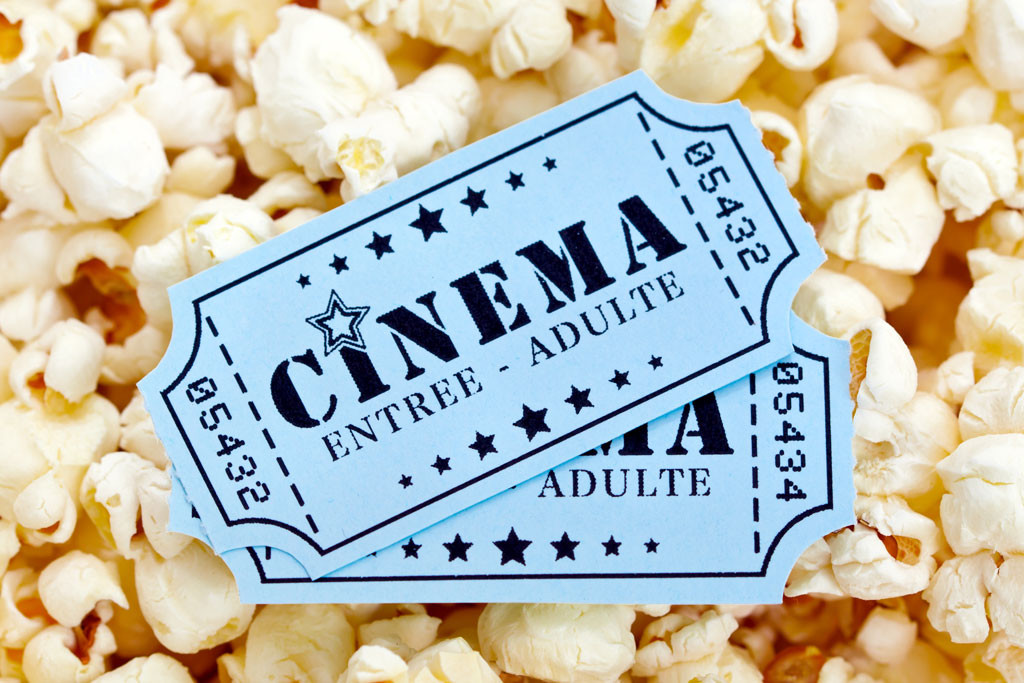 6. Become The Top Commercial Director In Your Country of Origin.

See above. Now go research how many of those directors – the ones who are important feature film directors – continue to juggle successful commercial production companies of their own on the side.

Actually, look at all of the directors you love and admire. Hint: it’s a lot. 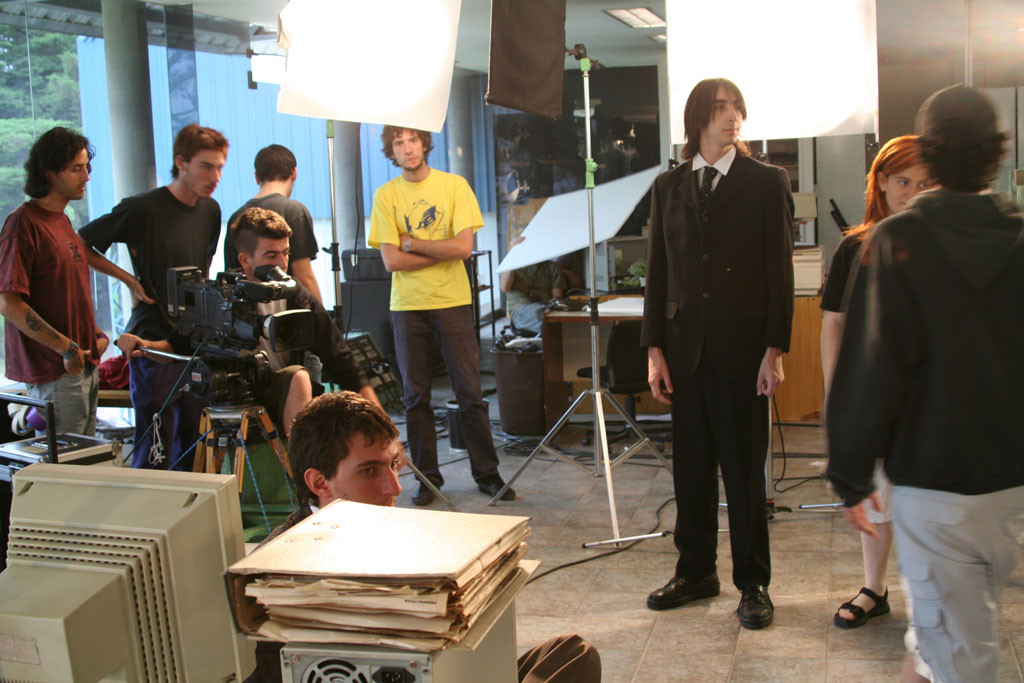 If you want to be successful, you need to specialise in something. You can dabble as you grow, yes, but ultimately, you’re building a body of work that defines you as a commercial director, and then as a director of feature films (or television series, or internet hits, or music videos as the case may be).

Become known as The Director Of Luscious Visual Landscapes, or MIND-BOGGLING SPECIAL EFFECTS, or Nuanced Performances From Actors, or Edgy Comedy, or Scary Horror.

Branch out. Pick another genre, too. Get really, really good at them both. Film everything and anything you can for whatever brands are investing in great advertising. Be OK with filming things you don’t love, too. But always, always, always build that reel. Make it deep and meaningful.

Film other things you love – those short films, those long ones – on the side, using your friends and family and creativity and the cash from your burgeoning commercial directing career. 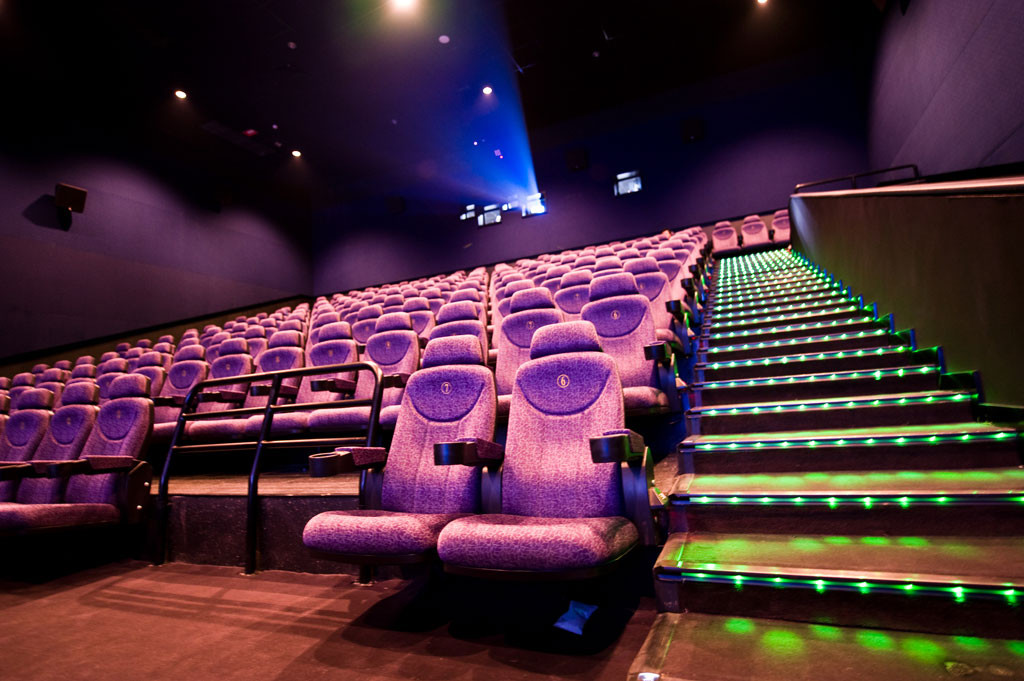 8. Don’t Be Afraid To Misfire.

You can’t please everybody all of the time — but someone, somewhere, will love what you do.

Your first feature film will flop, but your last commercial will win the Palme D’Or at Cannes.

Your commercials will tank, but the funny video you shot with your friends and cat will go viral. 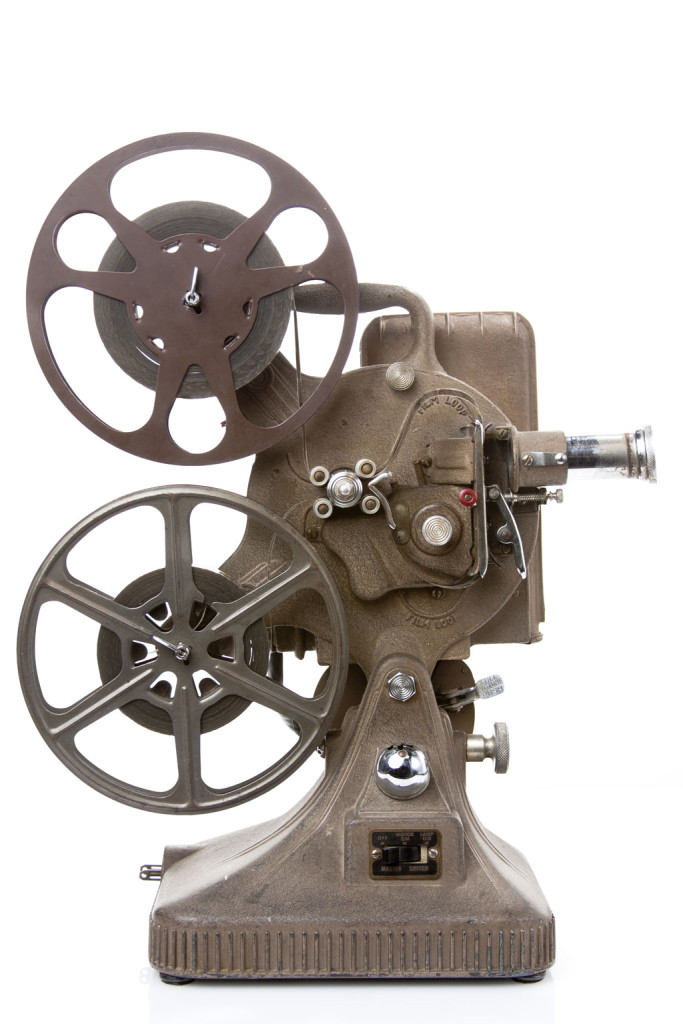 Something you love + a team that loves you + good storytelling + good production values = a better-than-average chance that other people will love it, too.

Filmmaking is a collaborative art. You need many people on your side, and a good story they can rally around.

If you’ve paid attention to steps 1 through 7 or – even better – lived them out, then you have the tools you need to create a viral hit. The production value portion of this exercise is exceptionally important. Yes, you can film your cat with an iPhone, but if you can’t do it consistently, and show how brilliant you and your team are on a long-term, dependable basis, Hollywood will not come and beat down your door.

And they will come when you least expect it – after, for fun, you’ve filmed a special effects-driven robot attack on your home city in South America, or a science fiction foot race through the alleyways of your downtown.

10. Find Mentors, Then Hold On For Dear Life

After you go viral, that’s when Hollywood (in the form of agents, managers and other complete strangers) will flood your voicemail and inbox. It generally happens somewhere around the 400,000 views mark.

This is when you travel to Hollywood. Especially if one of them is paying. If, however, you have your own money to spring for that admittedly very expensive trip, you’re in much better control of who you’ll visit and eventually sign with for representation.
Before you get there, find a mentor. Look for people in the film industry where you currently live, who’ve already been there and done that and know the lie of the land.

Reach out and find trusted friends of friends actually living and working in Hollywood currently, so they can explain the difference between CAA and William Morris, and why you should never sign with anyone whose offices are in Torrance, Tarzana, Inglewood or Orange County. There are fine cultural details – like the difference between a potential manager who will take you to eat at Katsuya versus one who will take you to El Pollo Loco – that require a local.

Once you sign with a big agency, it will seem (at least in the American press, and Hollywood trade publications) that you came out of nowhere and are one of those famed ‘Overnight Successes’. They won’t see the enormous stack of available screenplays that you spent years writing, or the legion of friends and family that helped you get there.
This is the magic of Hollywood; appearances are everything.

Bernadette Rivero lives in Los Angeles, California with her husband and three small children. She has worked closely with over 60 feature film, commercial, television and viral video directors since moving there. You can find out more about her production company,The Cortez Brothers, by visiting www.CortezBrothers.com