/ Art @en / The Knights and the Princesses. In the Grenfell Tower.

A tragedy can be turned into a fairytale. In this heartfelt story, author Chiara Lenisa tells us about a Knight and a Princess that turned, the Grenfell Tower inferno, probably the most serious fire in the last thirty years in the English capital, into a beautiful love story. 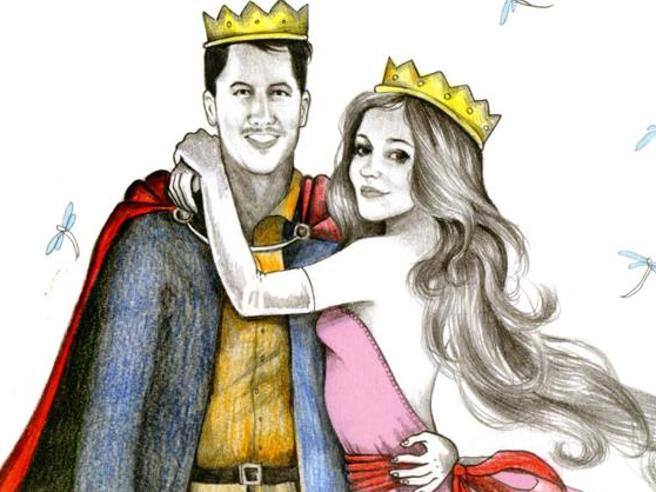 You really can’t ignore a story written to ease the loss of a child, especially if it is about a beautiful young couple and a daring fairytale rescue. It is almost impossible to imagine how anyone would react to this profound loss and grief; it is one of those events in life that as a parent you can’t fathom.  Yet, there is a way.

It all began in the early hours of June 14th, 2017. A young Italian couple, Marco Gottardi, 27, and Gloria Trevisan, 26, perished along with 71 other people in the fire that engulfed the Grenfell Tower, in North Kensington, London. 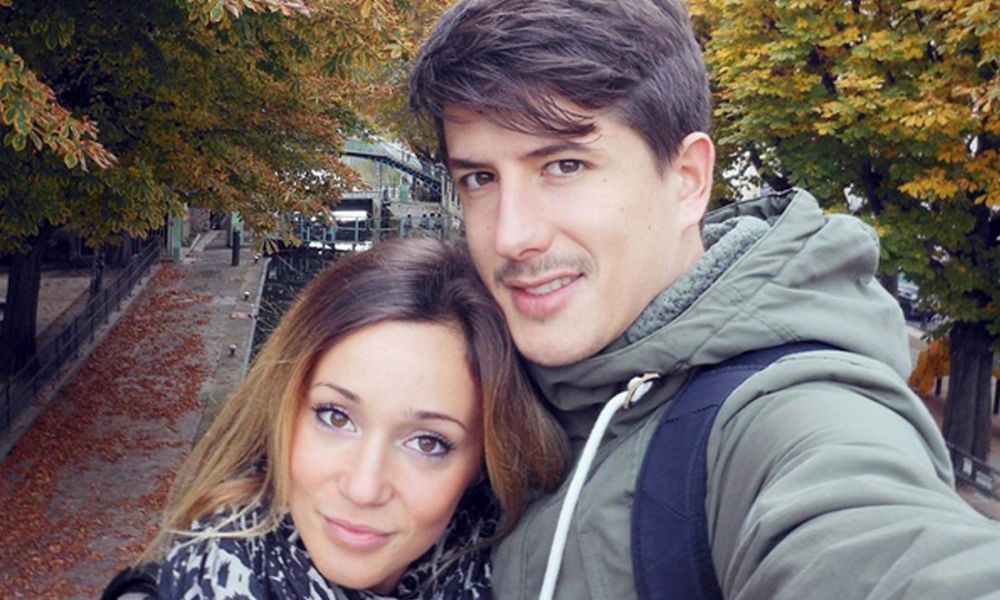 The beautiful young couple had arrived in London three months prior to further their careers as architects, learn English and “live the dream.”  They were poisoned by carbon monoxide as the block turned into an inferno, sparked by a fridge fire on the fourth floor, but almost certainly fanned upwards by the block’s newly installed exterior cladding.

Their recorded phone calls to their parents in Italy as the flames took over the building touched millions of people all over the world and turned the young couple into a story of eternal love.  Their bodies were found in an embrace, shielded from the flames by falling rubble. 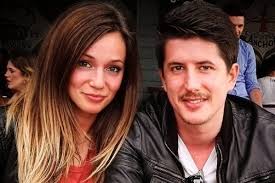 Making a sense of what happened was not easy for the two families, but a year after it happened, the story of the two lovers was immortalized in “The Knight and the Princess”, a fairy tale for children conceived and illustrated by their family and friends.

The book is set in a magical place where the Grenfell Tower is no longer a modern building, but a dangerous medieval tower surrounded by flames where Marco, the Knight, rescues the Princess, Gloria, from the flames and takes her far away. 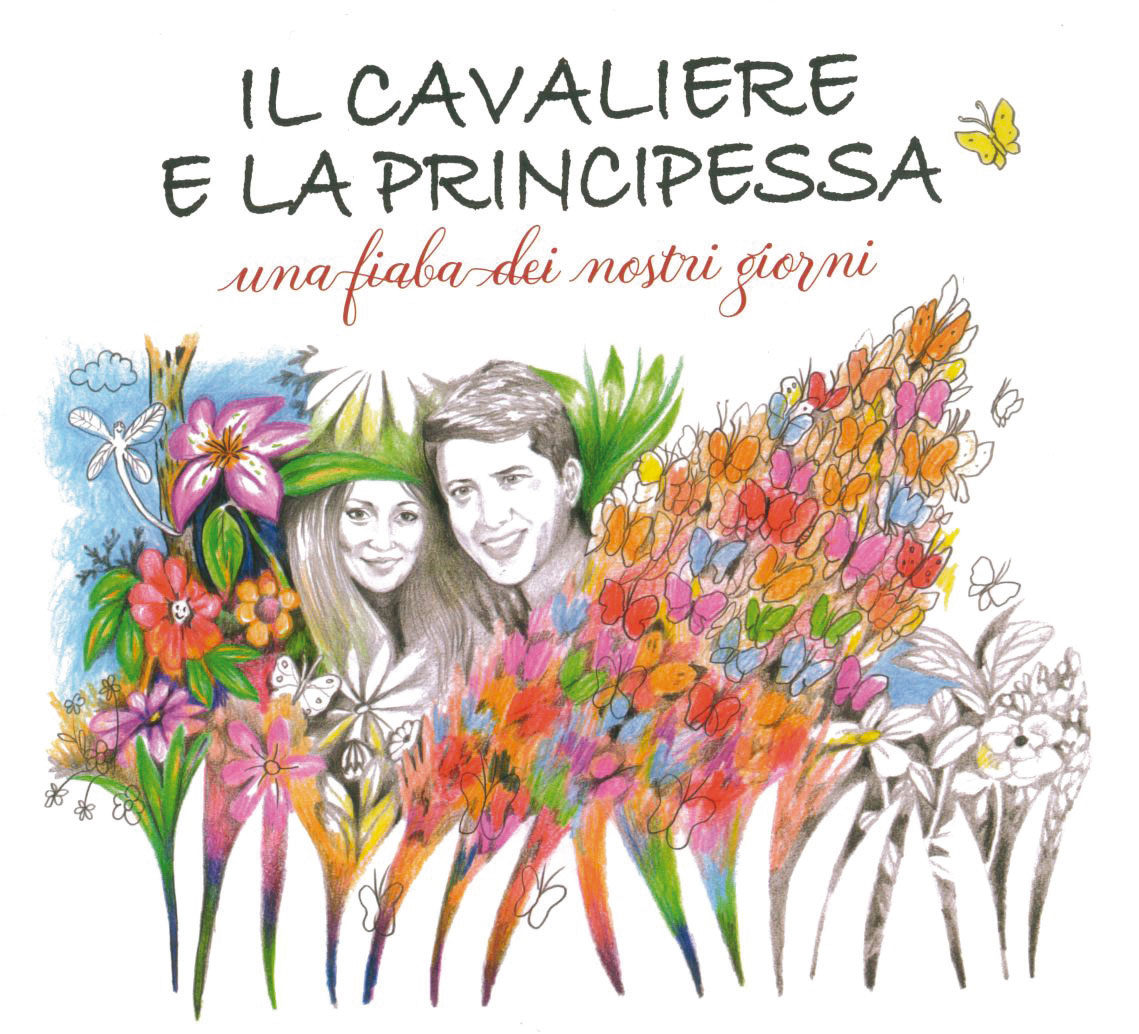 The knight and the pricess, a tale for all of us

“I got rid of the way that Marco and Gloria died, because otherwise I wouldn’t survive the pain. I wouldn’t wish it on any mother,” Daniela Burigotto, 58, Marco’s mother, has been quoted by Italian media as saying. 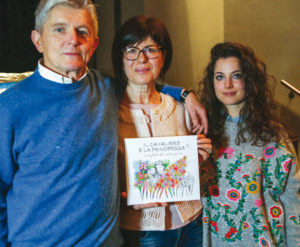 Daniela wanted this book to help the couple’s friends and family to overcome the pain and bring a smile to children, or anyone who read it.

The ending in the fairytale is different from the reality. We see Marco turned into a hero who saved Gloria – and the couple embrace happily in the end. This is what everyone wanted for the couple, a happy ending that they both deserved.

The book is a great celebration of their love. It shows who they were, what they liked to do and what they were passionate about – bringing them both to the English capital after graduating in Architecture.

“It is like keeping them alive, in a parallel life somewhere,” said the mother. And this is a thought that comforted her and many other people that knew and loved them. 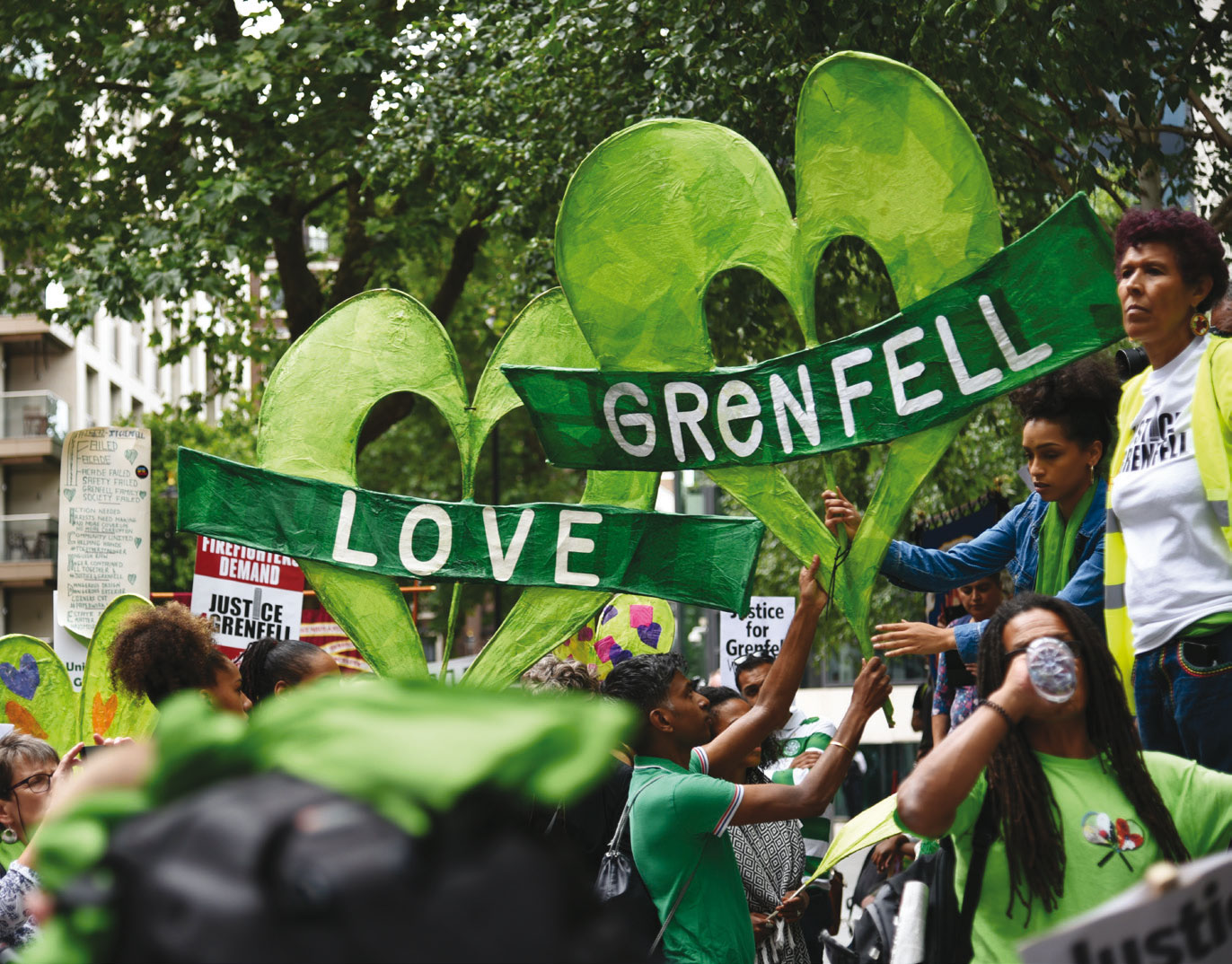 Once the story was written, it was needed to be brought to life. Marco’s and Gloria’s friends joined in and added their personal touch to the fairytale. It took four months to complete it, but their contribution of drawings, photographs and illustrations gave it a very special quality. 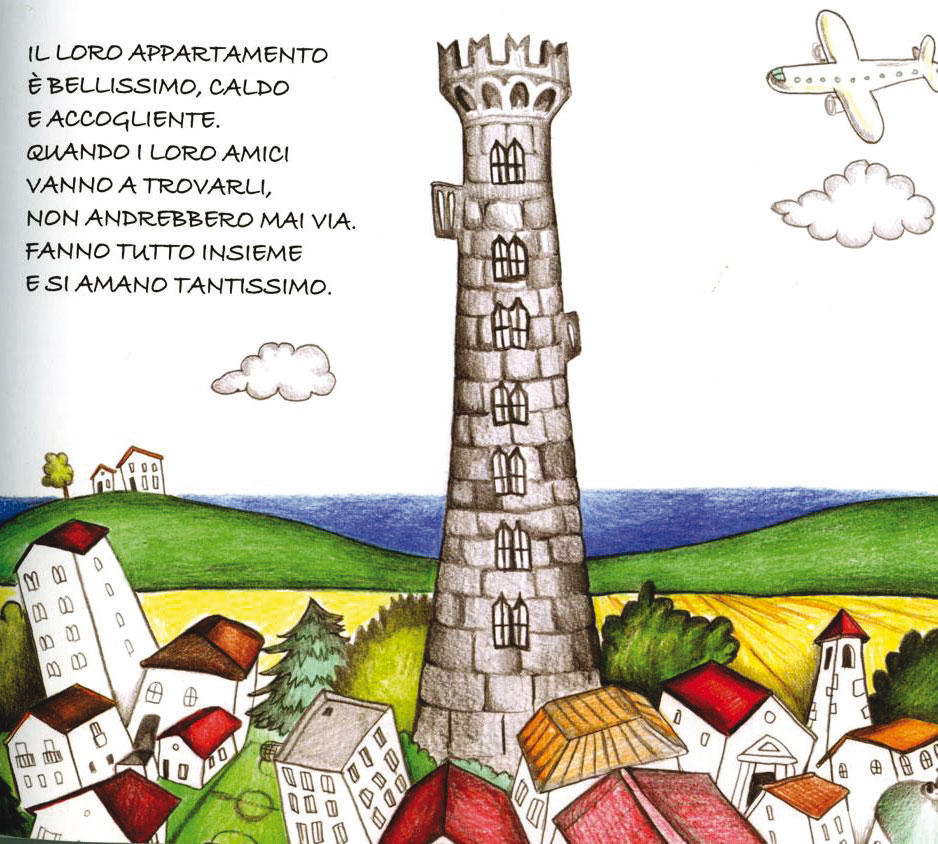 “The Knight and the Princess” – its original title in Italian is Il Cavaliere e la Principessa – was presented at Marco’s elementary school of San Stino di Livenza, near Venice, in order to give children something different to read and fantasize about and take away that bad memory of the two unlucky lovers. The presentation was meant to be a local event, but word of its existence reached London, where the Italian consulate asked for more than 400 copies to distribute to the Italian-English schools. The story went global. 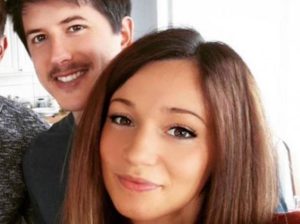 Marco and Gloria were like many young people looking for an opportunity in a big city like London. They found in the Grenfell Tower their love nest, where they were planning a life together. Theirs is just one of the many stories that were abruptly interrupted that day.

In a recent interview with the Italian newspaper “Il Corriere Della Sera”, Marco’s father, spoke about his life after his son’s death, and said he had created the Grenfelove Foundation, a project that promises to reward and honor the best new graduates of Iuav (the University of Architecture in Venice) who will study the safety of buildings. This is an award that will carry on with great meaning the memory of the two lovers. 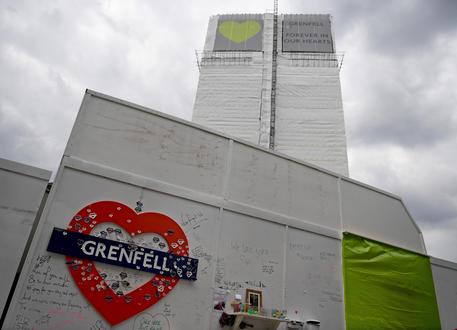 Two years on from that fateful day, Grenfell Tower is surrounded by large white sheets with a green heart at the top. Many people still gather under it, silently remembering those that died. But, the green heart beats in everyone that carries the memory of the Knights and The Princesses that lived happily ever after, surrounded by butterflies and dragonflies in a parallel life somewhere. 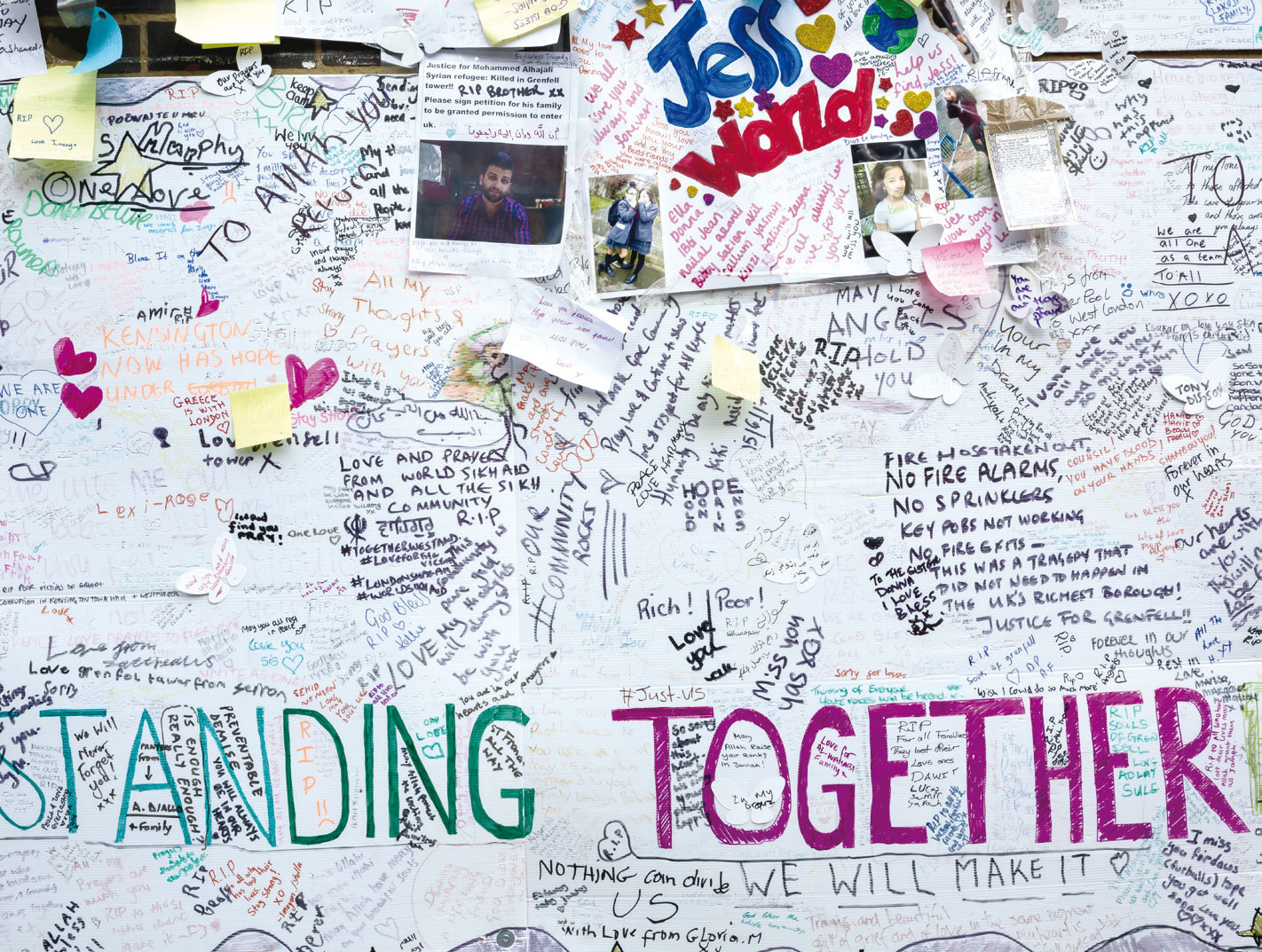