Italian Politicians should not forget the roots in their boot. 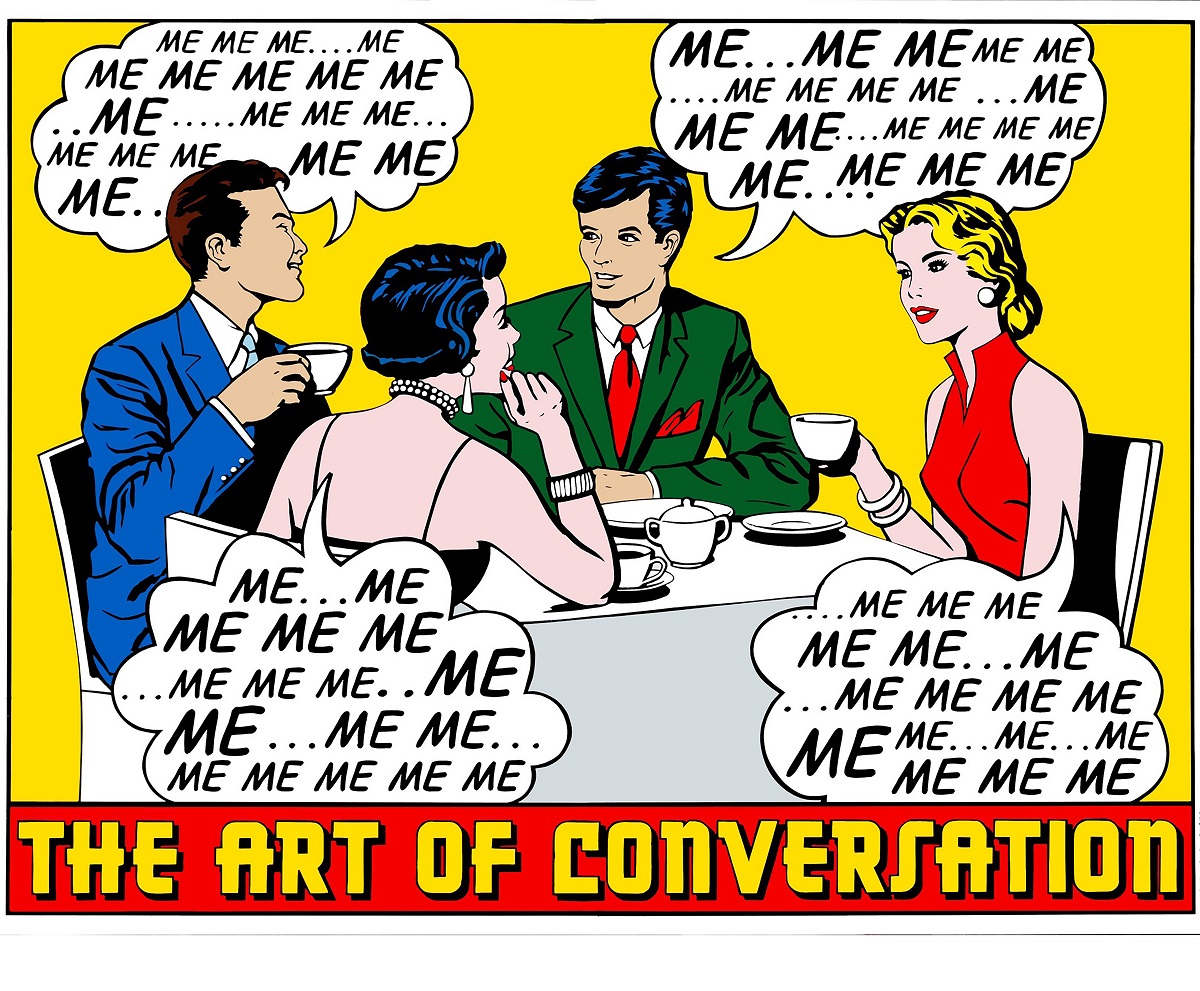 You know that cartoon of people at a dinner-party table? It’s something of an Internet meme. Well, if not, the diners are all talking at each other without listening back. Each egocentric speech bubble says “me, myself, I.” (Or just “me, me, me.”)

Contrast that party with Indian gurus who assert that “talking about the self is too ridiculous.”

But, in the West at least, individualist societies that we are, “the self” is mainly what we do. We talk about ourselves: “me,” “me” and still more “me”. Just for light relief we talk about others. People like “me.” We talk especially about our leaders, celebrities.

In a more collectivist nation like Japan, folks are more inclined to talk about society as a whole, and the issues not the personalities.

I say all this, because in the last year or so, politics in the west has got increasingly personal. Notice, for instance, the cult of personality that helped get Donald Trump elected. Theresa May tried an unprecedented presidential campaign too, and she rather came unstuck. From being more popular than Winston Churchill at the start of the election, she got found out – people started asking, has she actually got any personality or is she a moronic robot that just repeats “strong and stable”? 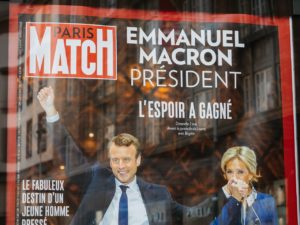 In France, Emanuel Macron broke the mould of the party system with a personal campaign too, and we see it in many other countries.

So, rather a lot actually.

For one thing, this thought brought me up short after editing countless reports this month about Trump and his constant Twitter stream of “me, myself and I”. Putting together a stream for ABC, we counted as many as 50 direct references in a 4-minute speech he made to veterans. There were 21 in a 3-minute raw video feed of remarks directed to Hurricane victims. Where was the “us” and “them”? Trump seemed to see everything as just one man (him), not one nation.

If you take a historical perspective of the medium to long term and it becomes clearer. As Keynes said: “In the long term, we are all dead.”

The matter of what to do about refugees; the health service; nuclear weapons; China; religious extremism; gun control; the future of Europe; terrorism – they all will be around longer than us, and of course they will outlive our current leaders too. 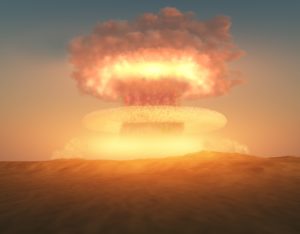 That is assuming we don’t get World War III. The North Korea situation gets ever more absurd. We might have memories of the powder-kegs of the past, such as Suez or Cuba. (I do – I’ve been on this planet for an unconscionably long time.)

“But this time, we have two madmen or other sides of the fence,” one White-House correspondent colleague of mine said this week. “Which makes it double scary.” (No, I am not going to name him: he wants to keep his job.)

So, there are times when you can’t keep people out of it. Any more than you could keep Hitler out of World War II, I guess.

Whatever you think of Trump, he will certainly go down in history as a divisive president. Will he make America great again? Maybe the country is great already and it is within his power to make it greater. At present, though, he is unlikely to be in the ranks of great presidents and at this rate too he could well be one of the worst. 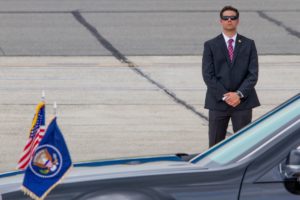 There have been dark rumours swirling around that he never wanted the job in the first place and only ran to make a point. Certainly he very rarely looks happy with his work. The White House gets abandoned for his private golf course at every opportunity. It all contrasts with Obama, a warm man who worked courteously with the media and despite the long hours clearly relished the job. I recall he gave ABC one interview at 2 a.m. after a 15-hour policy session with his party. He came into the studio room, asked for a strong coffee, actually apologised for keeping us waiting – the interview had been planned for 5 p.m. – and smiled as we miked him up.

We don’t know about Trump, because he doesn’t do that sort of thing. We only have insiders who tell political writers like me that he relishes the challenges and isn’t a quitter. However, it will be interesting to see what he does if congress tries to impeach him over Russia or more likely over his version of what happened. (That’s mainly what caught out Nixon: the president was in trouble less for what he did. More that he tried to twist the truth about it.)

I chaired a viewer debate in Ohio a few weeks ago where the consensus was that Trump would try to press on. Any president has it easier with Congress controlled by his own party supporting him, but he is finding it hard to command a majority on key issues such as tax and healthcare. Trump may well struggle to win approval for his Mexican wall plans too, or for other benefit changes and further restrictions on movement of some foreign nationals. If the midterm elections go badly, the view of many people on the viewer panel was that he may then give up and stand aside. That’s been the claim on CNN too, but of course one can’t believe them because it is all fake news. Ha ha.

On the viewer panel, there were a few people expressing strong support for Trump. As an antidote to relentless criticism I note some of it here.

The background painted in recent surveys is clear. The President is seeing some of the worst approval ratings – ever, never mind about at this stage of his term in office. Significant numbers of Americans think he isn’t up to the top job and more than half are embarrassed by him, or think he is pulling the country apart not bringing it together, and/or think he is “unstable”.

The White House has been busy replying to these polls, dismissing them and saying they are often from the same organisations which wrongly reported that Trump could never win the election. Of course, his spokeswoman Sarah Huckabee and others would say that, wouldn’t they? For all this, I have just received across my desk the first findings of an Oxford University paper which is expected to be published about the time this DANTE goes to press. It makes for interesting reading in precis.

The academics crunched the numbers to look at those who support Trump – and it seems will continue to support Trump come what may. Forget a disapproval rating of 67%: excluding a few don’t knows and not answered, we can say that about a quarter of those asked, 24% to be exact, still back him. More importantly, the analysis shows that where geographic evidence is available, the Trump support is concentrated in certain key regions, especially in what the draft report calls “blue-collar suburbs” and “middle-income rural areas” where their votes might count. Put simply, Trump has possibly inadvertently got a solid base which was very useful to him last time. Remember, Hillary Clinton got the larger popular vote, but he got considerably more Electoral College votes. And it could happen again if he were to run for another term. Even if Trump alienates much of huge minority sections – Hispanics, Mexicans and so on – he has a core base of white working Americans who are the majority. So much for the old idea that winners have to be consensual, have to build coalitions and need to alienate as few people as possible.

Trump has a hard core of fans. The Democrats may quietly call them “rednecks” or “hillbillies.” Republicans will think of them as decent ordinary folks.

For all the list of his failures in the media, these fans may point to his list of successes: swift action on the Supreme Court; a fall in illegal immigration, even though he hasn’t got the controls he wants; moves to ban some forms of lobbying (maybe not enough but a step in the right direction of “draining the swamp”); consistent support for the military (though not LBGT members) and more. 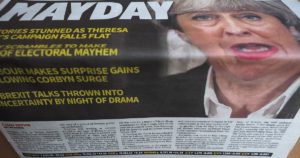 Defenders of Theresa May are even thinner on the ground, though even her colleagues in the Cabinet are publicly supporting her at present. It seems like nobody else wants the job of minority Prime Minister and therefore nobody dares to challenge her. The Labour Party would try to press for a new General Election if she was replaced, and the Conservatives fear that Labour’s Jeremy Corbyn may actually win in that situation.

After many years in Britain, I was talking with a retired British legislator (sorry, I mean Member of Parliament, it’s my American English creeping back in.)

He was also saying that the issues can be seen coming years in advance. Take the matter of the Irish border – something that was obvious as needing considering before the Brexit vote. Or even the Scottish border, given that Scotland may have voted in its referendum to leave the U.K. In the event, it stayed.

My former MP friend reminded me of Gladstone’s first reaction on being told that his party had won the 1868 British General Election. The messenger found the great man engaged in his favourite task of tree felling. Gladstone declared: “My mission is to pacify Ireland.” He then carried on with his duties with the axe. 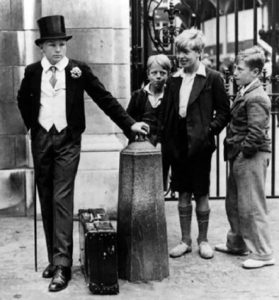 The point of this anecdote is to bring us full circle. Political issues last for centuries; political figures don’t. We can spend as long as we want looking at whether Trump and Theresa will survive as leaders. To do so is to look at the trees, not the whole forest. Perhaps Gladstone was doing that. The “Irish question” is still there – what happens with the country, does north reunite with south at any point and what role, if any, does Britain for any other countries play?

The same sort of questions resonate about Syria, Korea, Vietnam, Cyprus, Gibraltar, the Falklands, Afghanistan, Iraq and other parts of the Middle East.

Here endeth my Letter from America as delivered in best Alistair Cooke style.

It is all about “events, dear boy, events.” Or to put it another way: