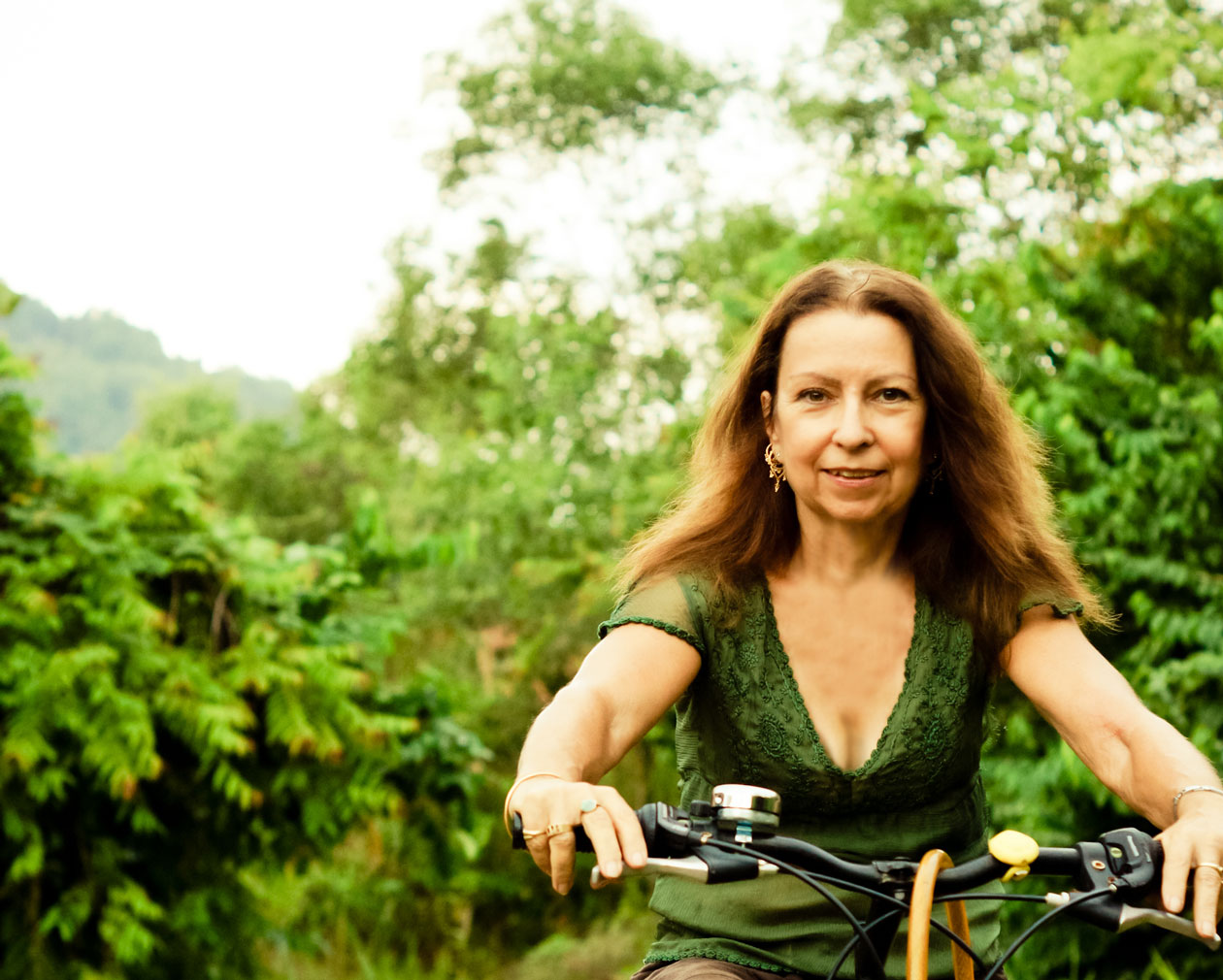 How’s life treating you? Not too bad? Pretty good? Stuck in a job that’s draining the life out of you? Do you have a vague sense that something – maybe you’re not even sure what – is missing? Pamela Nowicka gives a searing account of going through a living hell to eventually living the dream.

Do you find yourself wishing your life away? Longing to do that thing – writing a novel, going on a meditation retreat?  Or maybe you’re in that uncomfortable place of being in low-skilled work which doesn’t give you scope to create or be who you really are – the authentic you, who really cares about life, the environment, people and not just money? But you have to keep going to keep on paying the rent, the bills, etc. etc. Maybe you’re one of the vast numbers of people who are unemployed or underemployed because of age – too young or too old, or of skills – too few, too many? 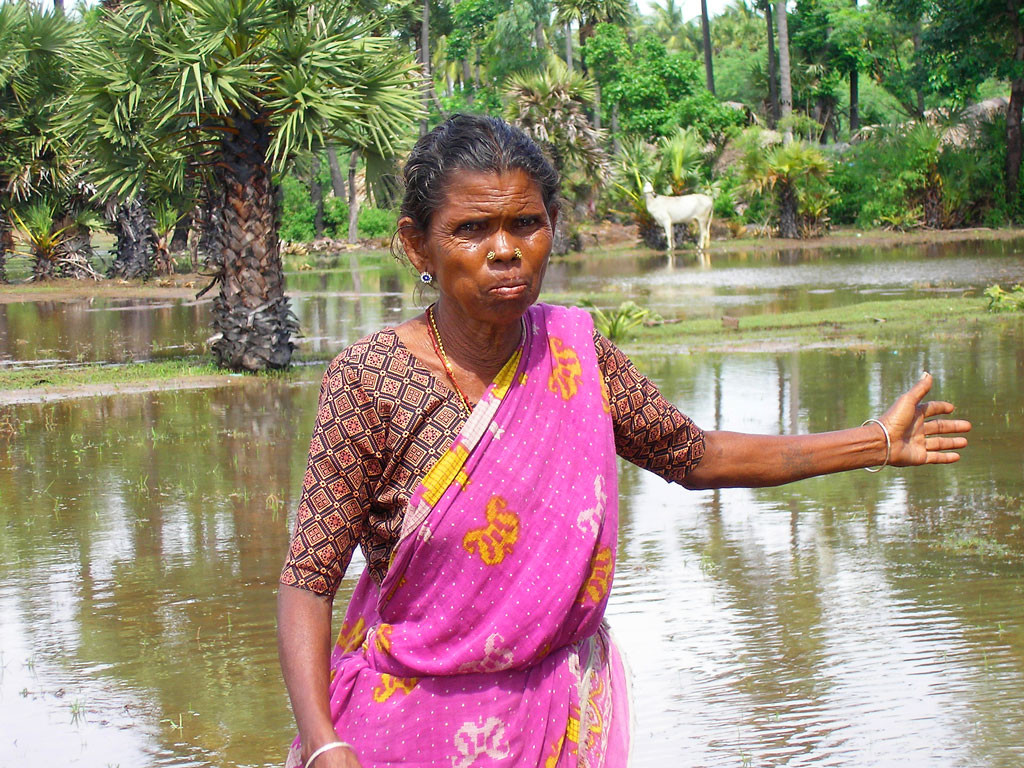 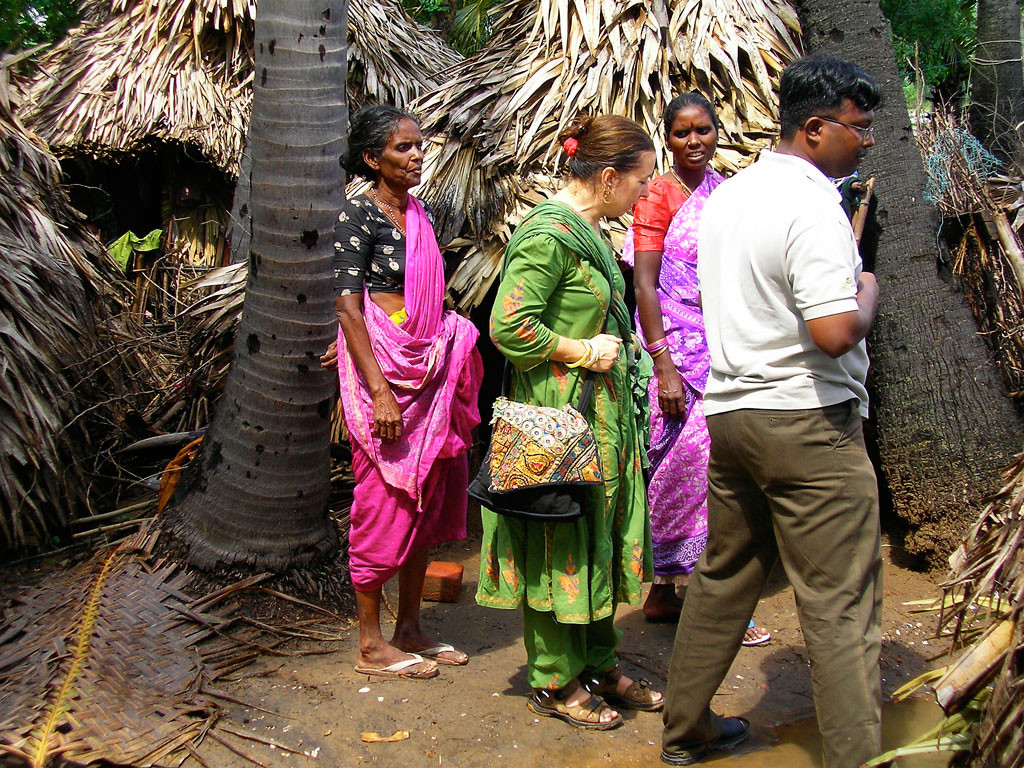 Maybe you committed the cardinal sin, working too damn hard – and caring too damn much. You burned out, things fell to pieces. You tried really hard to scrape it all together again, but just couldn’t manage it, wondering what a life would be like if you had one. You want to reassemble everything: yourself, your body, your whole damn life but, honest to God, you have no idea where to start.

Years ago, that was me and my life. It wasn’t cool, it wasn’t good and it certainly wasn’t pretty. After successfully working as a freelance investigative journalist for UK newspapers like The Guardian, The Times and The Independent, things took a sudden, downhill and irrevocable turn. Life knocked me off course, just when I felt I was doing some of my best work. As someone who’d believed passionately in journalism as a way of exposing injustice and making the world a better place, I’d pitched a slew of international stories on child trafficking in Thailand, refugees in Bangladesh and the wholesale slaughter of female babies and foetuses in India. 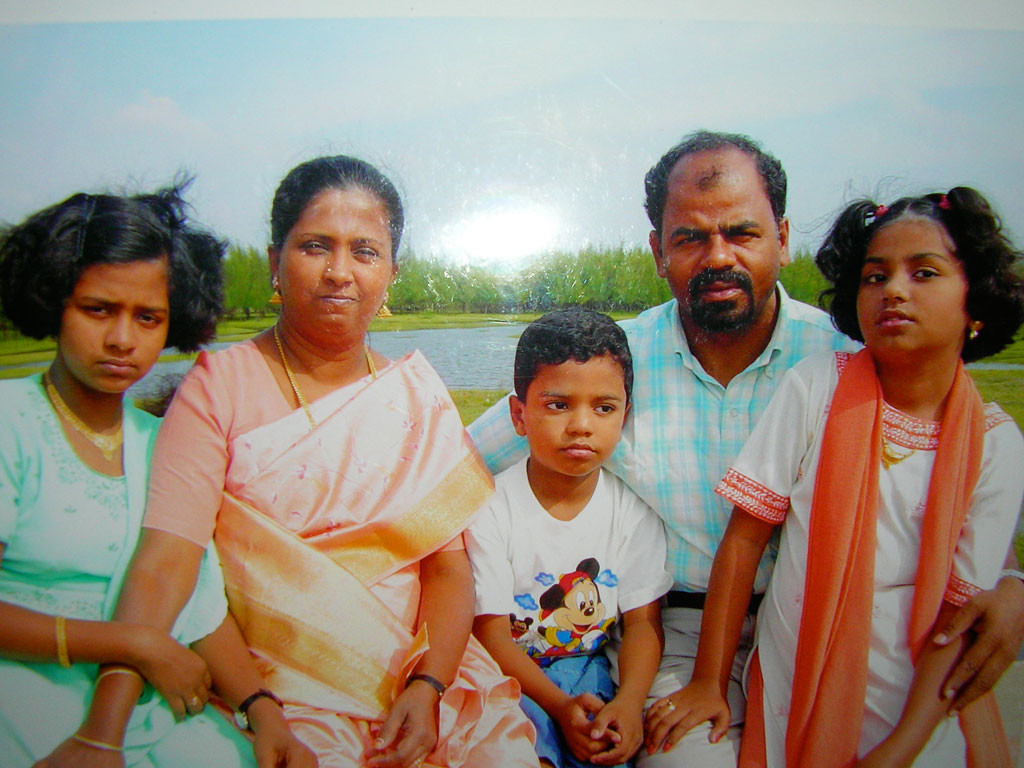 Mr Parmeshwaram with his wife and three children 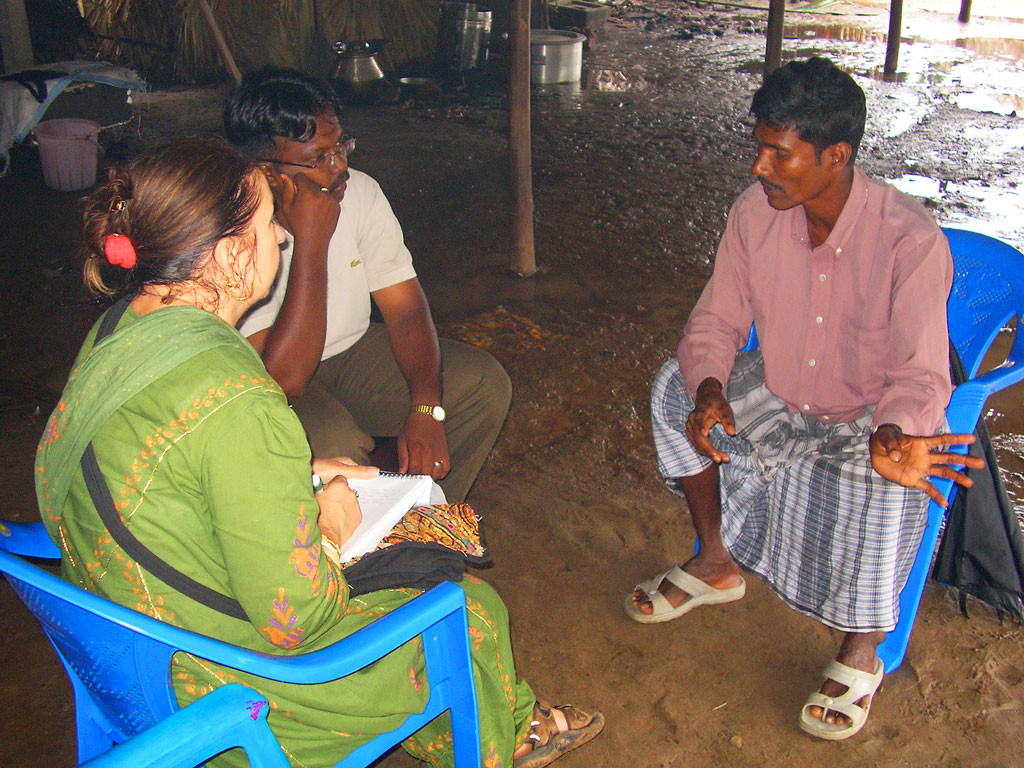 Interviewing a fisherman whose wife was drowned in the tsunami

The three-month trip which followed was gruelling in the extreme. Before mobile phones and the internet, as a freelance, you were pretty much left to get on with it. Support simply didn’t exist. You just got on and did the job.
I watched a live sex show and women extracting strings of razorblades from their vaginas in a Bangkok nightclub.
I tracked down the chain of child trafficking which ended with them in brothels in Bangkok. Alone, in a hill-tribe village in the notorious Golden Triangle on the Thai/Burmese border,  I met a nervous child who was more like twelve than her real age of fourteen. Her parents had sold her to the roaming bands of agents who promised a good job in the city. She had become HIV positive, so she’d been returned to her village to die.  My story was carried by a large circulation women’s magazine as “This Child Was Sold For The Price Of A Television Set”.
I visited refugee camps in Bangladesh where tens of thousands Burmese Rohynga people were living in tiny nest-like constructions, made from twigs and pieces of bush because there was nothing else. Fleets of white UN jeeps carried NGO workers to and from the best hotels in Cox’s Bazaar to the camps.
In India, I researched and broke the story of female infanticide in India in The Observer Magazine. Girl children are seen as a liability because of the enormous dowry required by the potential husband’s family. So many are simply killed – as new-born babies or aborted following sex identification. Tracking down doctors and parents willing to talk took me deep into the Thar desert in Rajasthan, where, over a bottle of Cosmic Cola, a thin man with the traditional red and white turban had admitted that, yes, he had killed his baby girl. In those days I still believed  that if people knew about injustice they would somehow stop it. Back in the UK, following the publication of the story, I wanted to do more. If more people KNEW, surely something would change? A documentary film was the answer. 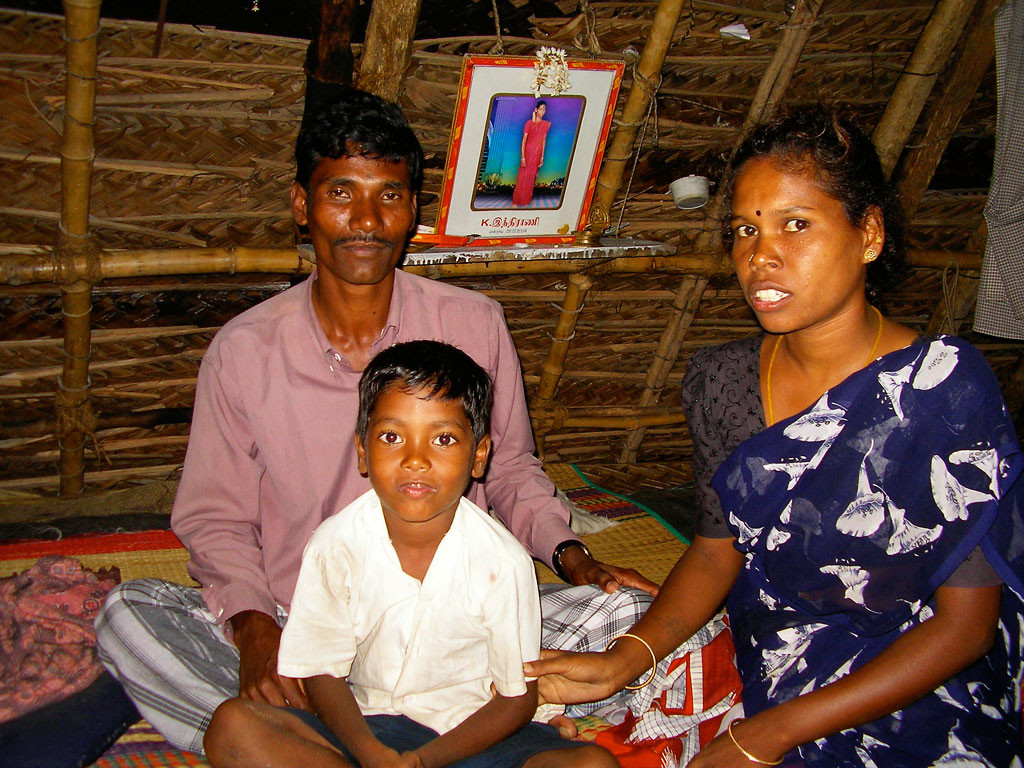 The fisherman with his new wife 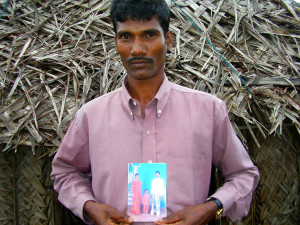 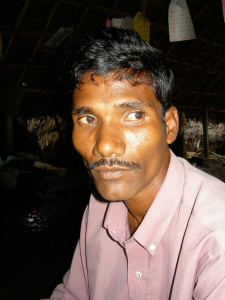 With no TV experience or contacts I started pitching. After months of efforts at it, a woman producer at the BBC said she’d seen my proposal, liked it and would pitch it to her boss. If it went ahead, might I be interested in coming on board? Well, yes, but I was, in fact, off to India again in a few days. I gave her the number of the guest house in Jaisalmer where I’d be staying.
The documentary went ahead. The BBC producer came out. We stayed in five star hotels, or the best in town if there were no five stars. In New Delhi it was the Oberoi. In Jaipur, the Umed Bhavan Palace. In Hissar, however, we stayed three in one room in the Dak Bungalow. Daytimes were research and filming. In the evenings, over Bloody Mary’s and five star dinners, the producer and I discussed the ins and outs of the story. We watched footage of a dying woman in her hospital bed immolated by her husband because of insufficient dowry, accusing him of throwing kerosene over her.  At the end of three months, the producer paid me in cash – less than the cost of the rooms in the five star hotels.
Back in London, visions of the Indian women and their terrible situation kept crowding into my thoughts. They wouldn’t go away. I couldn’t stop crying. I was paralysed, could barely get out of bed. Everything was dark. Suicidal thoughts played constantly in my mind. After six weeks of this I somehow made it to the GP, who diagnosed depression. Shortly after that, I heard from an acquaintance that the documentary ‘Let Her Die‘  for the Assignment strand, had won the Palme d’Or for best news documentary. The producer never told me.

Unable to work, forced to rely on state benefits, and battling a near constant state of suicidal depression and self harm, my former life had imploded. I began self-medicating with alcohol and prescription pain killers. Support was mainly lacking, family and friends, disinterested at best, blaming and shunning at worst. I spent years seeking professional help, having counselling, going to workshops, investigating all avenues of the body/mind/spirit connection – Bach flower remedies, talking therapies, yoga, martial arts, shiatsu, tarot reading, meditation. I devoured a library of self-help and spiritual books – years of inner work, learning about depression, forgiveness and a different way of being.
After a decade or so, I was finally able to return to a semblance of normality. With the incredible support of MIND, the mental health charity and the Angel Project, the suicidal depression receded, my health and sanity made a welcome reappearance and I was able to think about voluntary work as a path back into some kind of employment. In the time I’d been out of commission, the digital world had arrived. Always technophobic, I was now completely out of the swim. Fairtrade Foundation were terrific. I did the press calls and strategy. A secretary sent my emails. I wanted to do more, to contribute. But how? 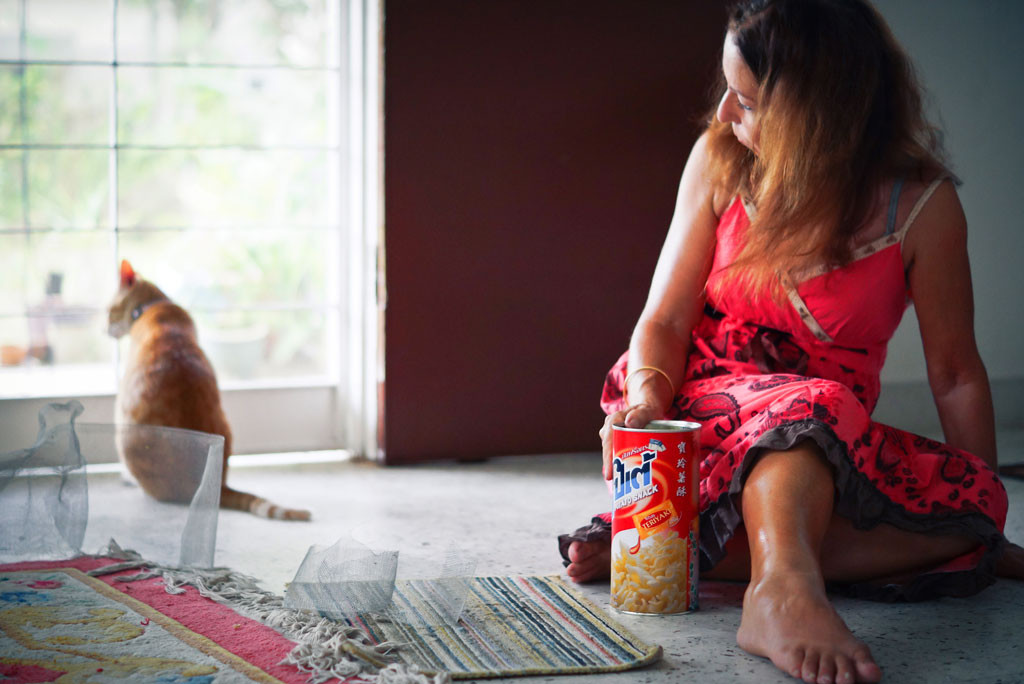 Relaxing in Penang with Pinkie

I didn’t want to remain on benefits and it was highly possible that I’d lose the only security I had – my flat. But age and the CV gap made me unemployable. My media contacts had evaporated. What to do? Lists, plans, more books, including the brilliant Life’s Golden Parachute, trying to figure out a strategy, to create a plan, to make a new life. I experimented, restructuring myself by a process of trial and error. What happened?

Now I live in a four-bedroom house with a huge garden in Penang, Malaysia, with four lovely cats. I cycle, run, hike, do yoga, meditate and regularly travel to other places in SE Asia. I’m vegan, have tons of energy and I have new friends and opportunities. It’s taken a while but I’m grateful and amazed that it happened at all – one day, sitting beside a landscaped  pool, pink frangipani blossoms plopping into the still water, I realised I was Living the Dream. Those dark years of the past, where the future was a black vortex of despair with no possibility of hope or change, belonged to another person, another life. Now the life I was living was the kind people dreamed of having, the kind which is supposed to be impossible unless you have a huge amount of money.
But that simply isn’t true – if you know what to do.

Anyone can do it

It struck me that other people could learn from the process I went through and use the roadmap I’d developed to get from being stuck in a hole to living the dream. I’d done it the hard way, wasting time, getting lost and waylaid, but, having met others who’d managed to do something similar, I’d become clear on the process. Understanding the process meant  others could learn quickly how to do what I’d done, but in an easier, less stressful way.
I wanted to reach out a hand and say ‘Yes, you can live a GREAT life. I can show you how.’
And that’s what I’m doing with my blog, Living the Dream on a Budget. It’s a way of giving back : hope, inspiration and positive, practical help.
It’s not a namby-pamby feel-good Law of Attraction. It’s not something dreamed up by a former consultant for blue chip companies who’s now decided to serve’ and share their tips on earning a six figure income. It’s not about creating enrichment at the expense of a finite and ecologically compromised planet.

Living the Dream on a Budget is about real and practical steps which anyone can use to create a fulfilling life. It’s about living lightly on the planet, taking responsibility and making the kind of changes that will give you your version of the good life without having to mortgage your soul.
It’s do-able. It’s replicable. It’s a process and it’s not actually that hard, but it needs some thought and organisation – which s why I blog. Check it out here and sign up for the email updates.
Create the life you were meant to live. It’s not perfect, but it’s good. 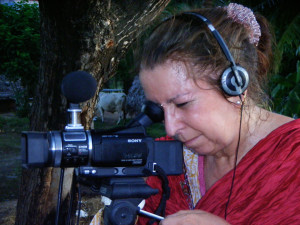 Find out how you can live your own dream at
https://livingthedreamonabudget.wordpress.com.