“What are we for?” That is the question…

What is it like to be a child prodigy? How to keep your centre and still be the conduit for Pythagorean insights to the universality of making the airwaves throb with the eighth note? Elisa Nocca reaches into the soul of a great young violinist.

Halfway along life’s path, I found myself at the Philharmonic Concert Hall in Verona, a stone’s throw from the Roman amphitheatre, the famous Arena. Just getting there on a late hot morning feels like the first daunting hurdle of the day. The second challenge was to interview the great violinist Stefan Milenkovich. He was in Italy for this Gala Concert and so it provided the opportunity to meet him. As I had grown up in the musical world of the Trento region, in north eastern Italy, where he had also lived, I’d already heard professionals enthusiastically singing his praises and the appreciative feedback on the character of the man himself; only recently his latest biographies stressed again not only his extraordinary talent but also his innate natural reserve. At the stage door, his agent is waiting for me, the final rehearsal is in progress, “The maestro is warming up”, the door to his dressing room opens and then every single note rings out to its full power. He welcomes me courteously with an old-style kiss on the hand, his manner in no way like some grand star but like a normal person with all the normal baggage of experiences and hard times that can sometimes weigh you down emotionally; then now and again a look escapes his controlled concentration that lets you see the vivaciousness of a young man. 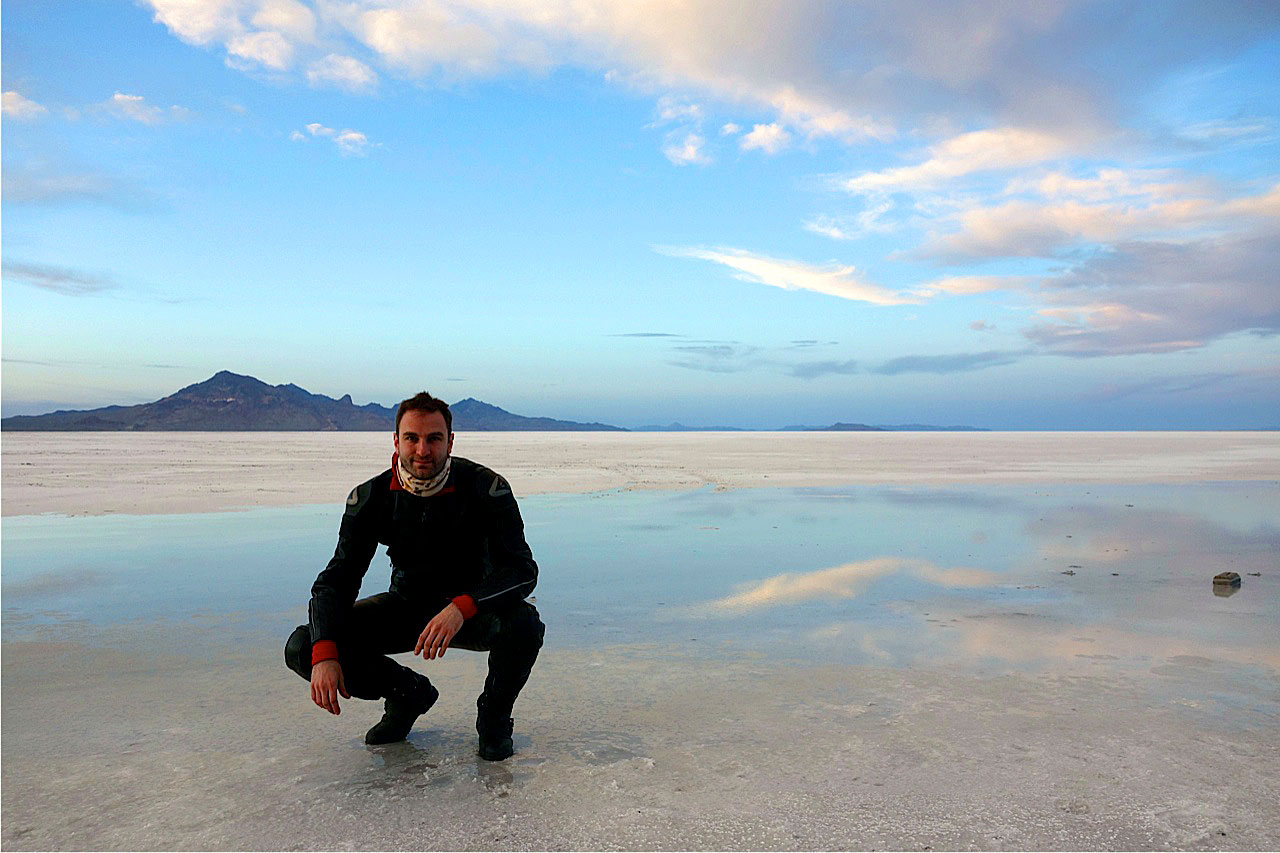 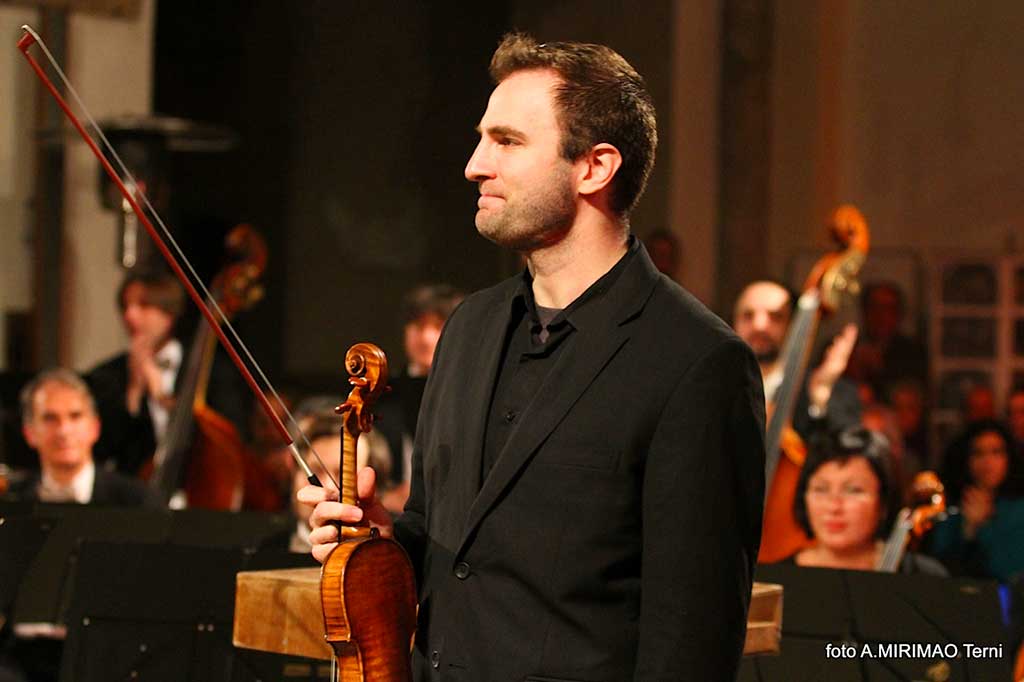 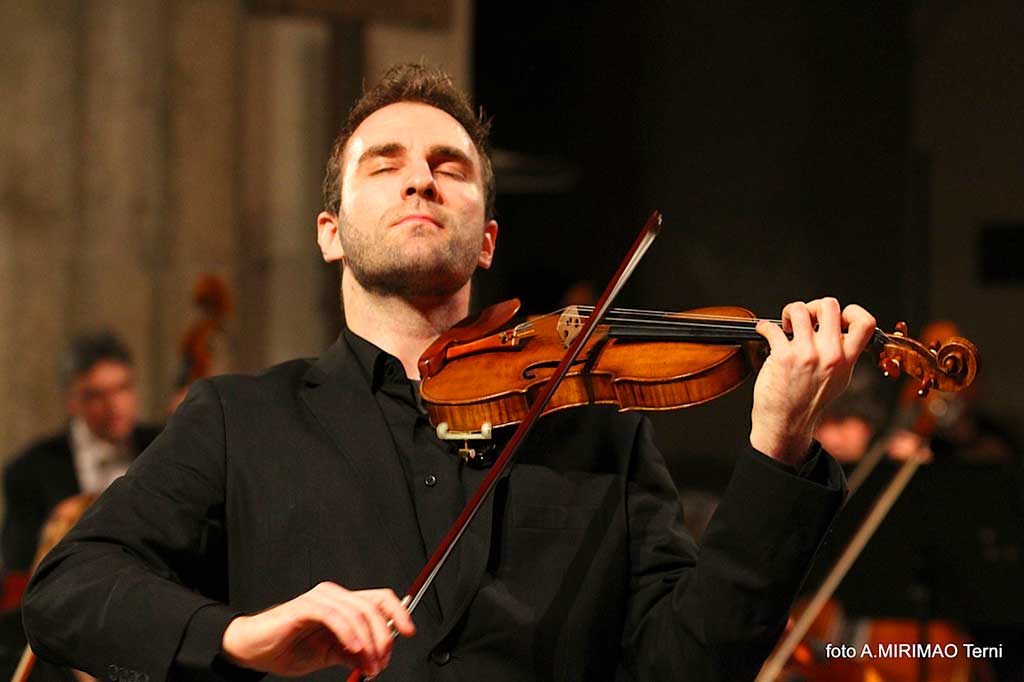 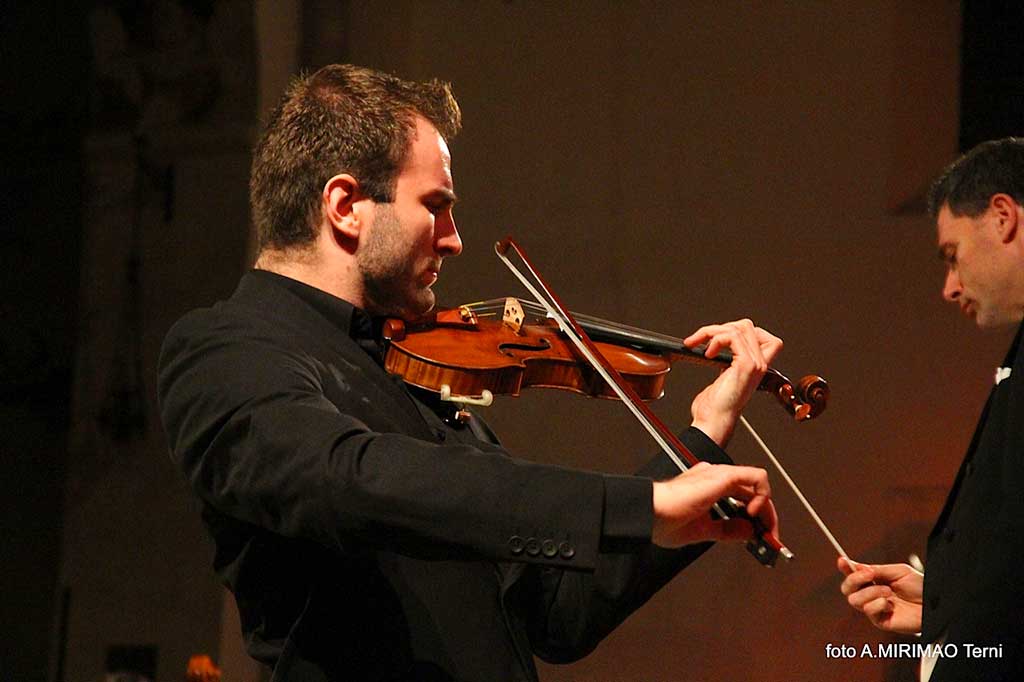 Maestro, like the film “La Musica nel Cuore” by August Rush, you are the child of two musicians – a Serb violinist father and pianist mother from Italy; your first  acquaintance with your instrument was at a very young age indeed, at three years old. From that moment on the little blond-haired child has made the most prestigious concert platforms his own and acquired international recognition; in the film the child finds music in everything around us, as long as you know how to listen out for it – is that how it works then?
No, music is one of the ways we express our emotions but we are becoming more and more removed from them; despite the amazing means at our disposal – the more connected we are, the further apart we are.

Young people .. and your childhood…
Young people are much less “builders of their future” these days – they tend to be more passive than active; it’s the rationale of a society that relies on what previous generations have created. My childhood was definitely not normal but it was balanced, my parents knew how to let my life experiences become already part of my learning curve. I was given the space both to have fun and then to study. Of course, during the summer while my mates were off on holiday, I was travelling around playing concerts. I must say I had a wide variety of experiences in my life and I drew from all kinds of different worlds. 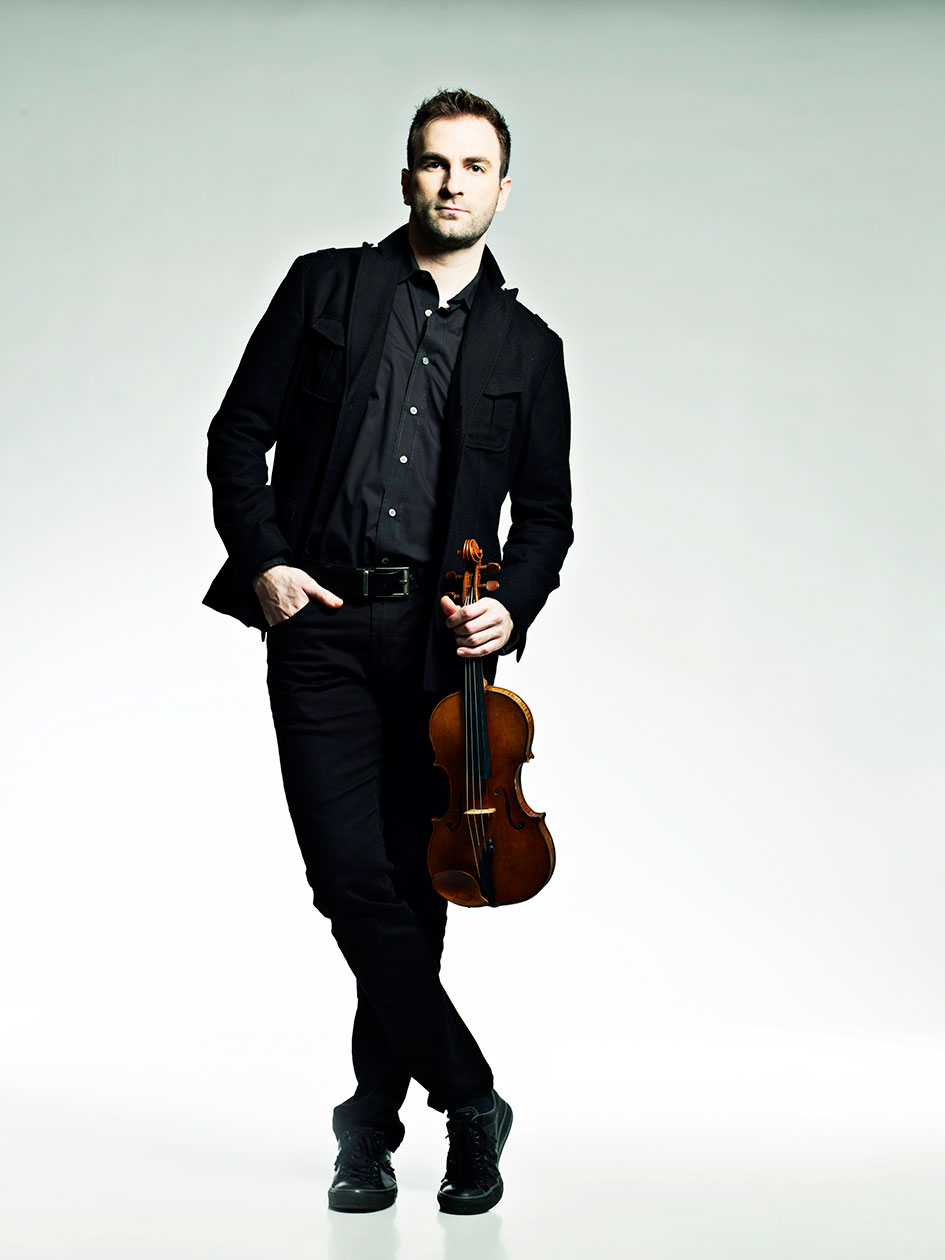 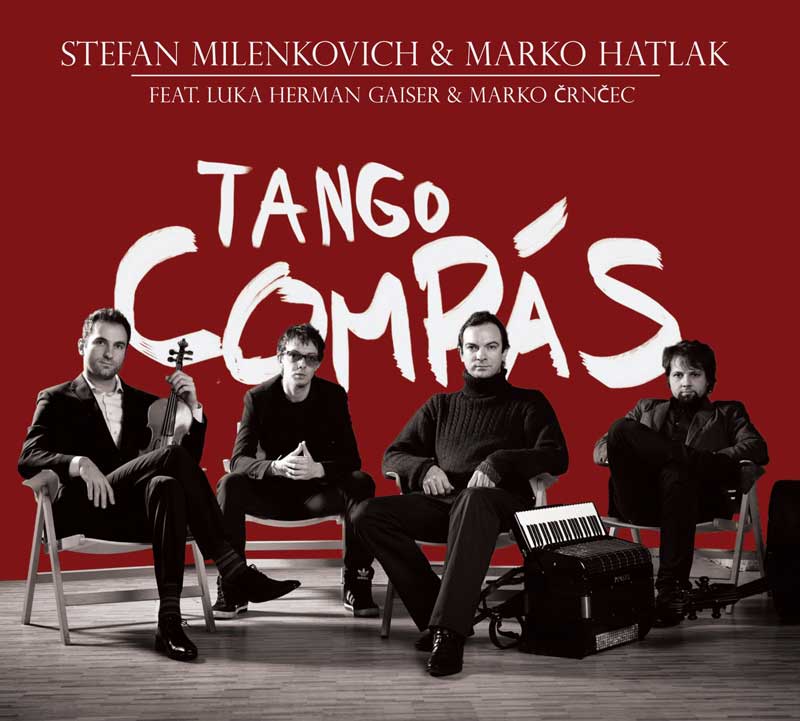 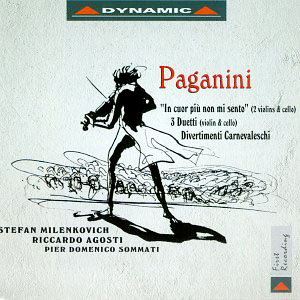 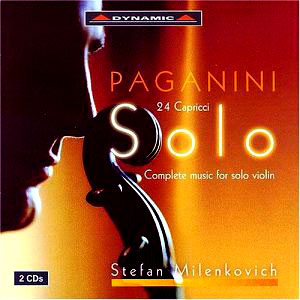 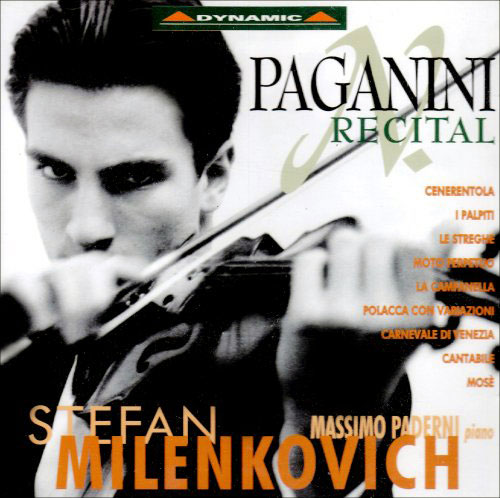 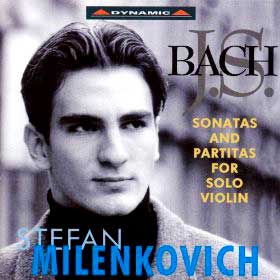 What is your temperament, would you say?
Competitive and determined when the moment demands it or to achieve a certain goal…. The essential thing is to stay centred and make sure all the chaos that can grow up around you remains firmly on the outside. For years now, I’ve been doing yoga and practising meditation every day, for about an hour and a half and that helps me regain my centre. The mind must be free for it to be able to connect with the world outside.

What kind of questions would you like to be asked?
(smiles) Nothing in particular and if they were too specific, I probably wouldn’t answer them anyway!

At only six years old you can boast your first appearance as a soloist with an orchestra. In ’87 aged ten you played for Ronald Reagan at a birthday concert of his in Washington, then at eleven for Mikhail Gorbachev and the following year for Pope John Paul II. At the tender age of just sixteen you celebrated your thousandth concert at Monterrey in Mexico. You’re a young man, now, what does that mean having worked since you were a child?
It means discipline, responsibility and giving order to things. It’s right to get children these days to do things outside of schoolwork. I’m thinking about life in the country, in Serbia too, you would see children doing daily chores that needed to be done so family life could function properly as a whole. That teaches respect and responsibility.

Born in Serbia, lived a while in Italy and now for some time USA resident and teaching the violin there – do you have cultural roots you can call your own?
We are all like atoms in this universe, we take bits from different cultures and traditions. When I’m conscious of my Serbian background, I have a very strong feeling of determination, from my Italian heritage, I get harmony, my American side I get dynamism. I’d say that from travelling around so much and not just for work, languages, cultures and surroundings – everything becomes a part of you.

You could say you’re like a tall tree with its roots spreading over lands from east to west?
Yes my lymphatic system draws its nourishment from different lands but all up into the same plant.

What is Italy and ‘Italianness’ for you?
Italy is definitely still an important point of reference for ancient civilisations, for significant expression of thought, art and beauty. ‘Italianness’, you could get an idea of that from the various types of coffee you can order; a people ‘passionately’ devoted to individualism. When I go back to Italy, I get a feeling of disorganisation, unpredictability, as if nothing could ever work properly and then again, wherever in the world you come across quality in clothes, style, design, food, Italians are always the best. That’s a paradox, I hear you say! Well, everything that’s Italian has an essential beauty – and that’s what I think ‘Italianness’ is.

Maestro, how do you approach your performances now that  audiences’ expectations are so high?
That’s perhaps the most significant aspect of having such a high profile career – just meeting people’s expectations. For me personally, it inspires me even more, it stimulates me and energises me.

In 2011 in one concert you played on a Guarneri del Gesu, a violin dating back to 1735. What kind of emotions were running through you?
It’s an incredible instrument. Every single note creates an emotion, not only for the audience but for the player as well. It really was a privilege. It doesn’t happen that often but I’m still hoping a generous sponsor might give me another chance to play an instrument like that. 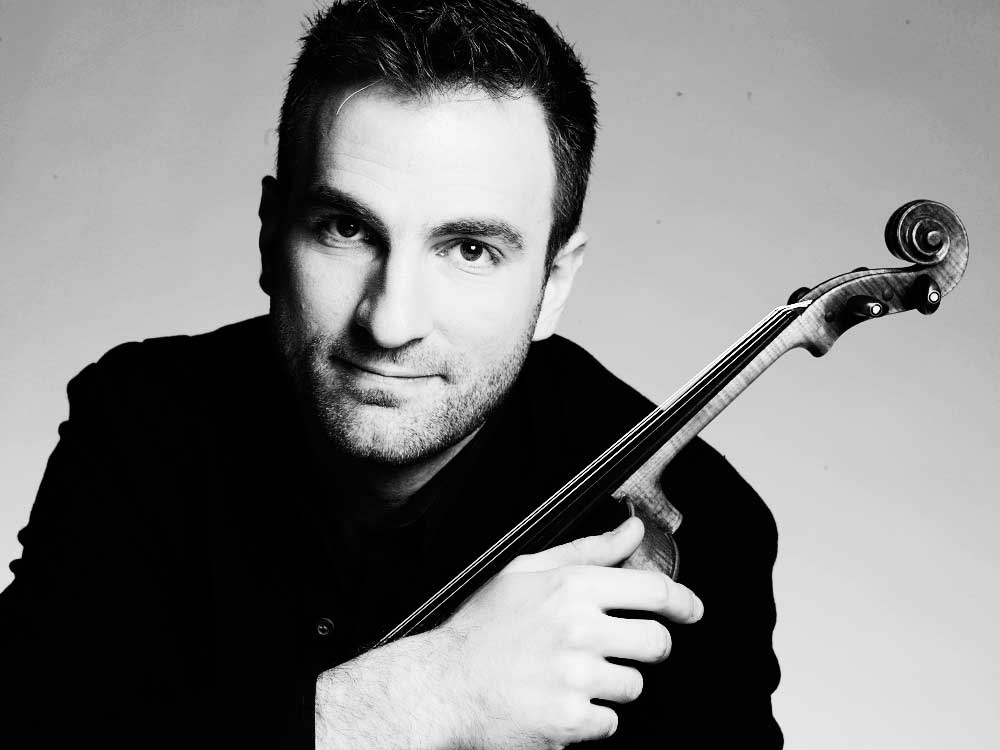 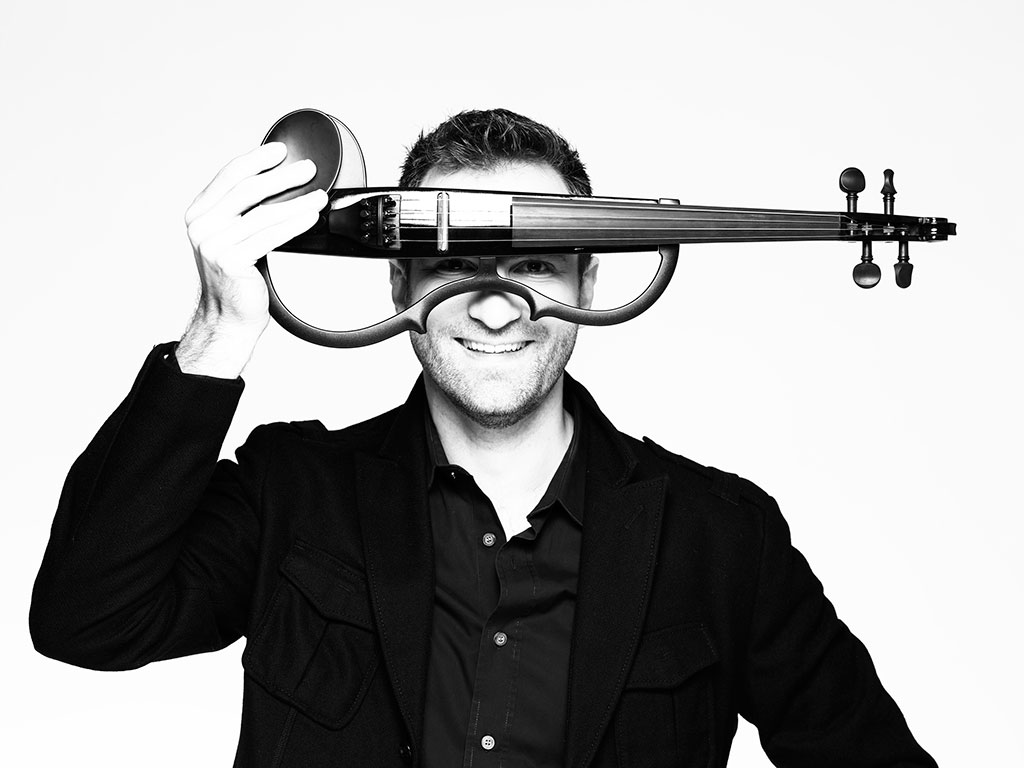 Stefan, have you experienced hell, purgatory and paradise?  We are Dantemag here after all!
Of course, all three!
Pythagoras devoted many of his reflections to the subject of music; it is argued that his eighth note is across the board and universal for every single musical scale in existence – the note that “transcends every convention”. Does the eighth note exist for you, maestro?
When I think about a note that marks either the beginning of a new series or the end of the previous run, you might say it represents two worlds at one and the same time, it is the ‘continuum’ in the process, consequently the note of infinity of the soul. Playing the eighth note means being always at the start of something new … being one foot ahead already. There’s no choice in the matter for me, that’s how it’s got to be, if I want to keep living my life the way I do.

I have gone well over the time I’ve been allotted. The orchestra is waiting for him. I sit in the stalls as he steps onto the platform and then begins playing his music. His fingers seem to move independently of his body. The melody he produces, even though in itself  giving extraordinary pleasure to one’s senses, is like a code , whose message is in the vibrations that come at you from the ‘beyond’ – music is in the air, not of the air and it is up to us to breathe in what we want to listen to.