It’s a man’s world, as the saying goes. And that’s doubly so for rock‘n roll. Despite a continued presence in the world of pop and rock music, it seems women are perpetually being rediscovered as artists. Hey! I think they’re actually playing those instruments! Mark Beech presents a sampling of the long-time presences and those who are new on the scene. It really ought not to be in any way surprising that women make music, given that they are half of the human race! Yet this fact has almost been ignored in rock, which for much of its history has been relentlessly macho. Now, at last, things are changing as women achieve more commercial success and that encourages record companies to try more of them.

Adele and Taylor Swift were among the biggest-selling artists in 2012, followed by Lana Del Rey and Pink.

Of course there have always been stars proudly ‘kicking against the pricks’ with anthems such as ‘Woman Is the Nigger of the World’, ‘Sisters Are Doin’ It For Themselves’ and ‘I Am Woman’. Thanks to Yoko Ono, Annie Lennox, Aretha Franklin and Helen Reddy.

The long-term commercial giants are household names: Madonna, Mariah Carey, Whitney Houston, Celine Dion, Beyoncé. Even though they are big-sellers and widely known, they’re seen as a mere subset in the eyes of some rock critics. For these outdated (read: overwhelmingly male) writers, a Jake Bugg or Bob Dylan is listened to for what he sings: simply a singersongwriter, not a MALE singer-songwriter. On the other hand, Sinead O’Connor, Regina Spektor, Neko Case, Tori Amos, P.J. Harvey, Bjork and Kate Bush get noticed more for their appearance than their words by the same male-dominated media establishment. All have been pigeonholed in a special section reserved for ‘nutty girls’, whether they deserve it or not – often marginalised, misunderstood and mocked. Progress has been slow, for all the efforts of feminism, and the ‘riot grrl’ movement. It was rather a long time ago that Amy Raphael wrote the underrated book Never Mind the Bollocks about women in rock. (I get it off a shelf to check the publication date: 1995.)

The revolution of which Raphael wrote has been some time in coming to fruition, as can be seen by the names of those she interviewed. Bjork and Courtney Love are included, as well as Kim Deal of the Breeders, whose groundbreaking 1993 LP Last Splash has been re-released in a deluxe form this year.

Apart from those women, Raphael got optimistic responses from female members of Echobelly, Elastica and Sonic Youth – innovative acts all, though not ones on everyone’s lips as leaders of music in 2013. So, here are some names to watch, with some live notes on where I saw them.

Azealia Banks is wearing an orange and pink psychaedelic cut-out bodysuit. The revealing outfit is pretty breathtaking. So is the music. The single ‘212’, named after the area code for Harlem, where Banks grew up, first appeared at the end of 2011 and it’s an instant antidote to boy-bragging rap popularised by Jay Z and Kanye West. Her set confirms that the hit will be far from the best thing on Broke With Expensive Taste, her debut studio album, due later this year.

Haim is a group which has yet to release an album, but is already hyped to the heavens – and deservedly so, just like Banks. The three California sisters and their drumming buddy are showcasing their work so far.

Songs off their Forever EP have some serious, female don’t-mess-with-me empowerment going on: ‘I never wanna see you again/ With the beating of my heart witness/ I say no no no, I’m done.’ The comparisons of Haim to Stevie Nicks-style Fleetwood-Mac aren’t just lazy journalism in the year of a new tour by the veterans, who have a 35th-anniversary edition of Rumours being issued. Haim covers its fellow West-coast group’s “Hold Me,” and rather well, as it turns out. There are also echoes of Janis Joplin and some splashy guitar that would do Bob Seger or Tom Petty proud.

The Haims pop up about six times at Glastonbury, on various stages and some acoustic sets, even guesting with Primal Scream. The sisters’ debut is one of the year’s most anticipated.

Your critic obviously cannot be everywhere at once but across the more than 50 stages and 1,000 artists at Glasto, there’s a lot of good music from female artists including the ubiquitous Banks.

On the Pyramid stage, Laura Mvula, a graduate of the Birmingham Convervatoire of classical music, takes another step away from her previous career as a teacher. ‘Sing to the Moon’ is seductively stripped down to showcase her voice. It hardly rocks, though it is one of the year’s quiet growers. Rita Ora is on hand at Glastonbury to suggest that her next CD could very well improve on her debut Ora. The wonderful Fatoumata Diawara from Mali also sounds great.

Emeli Sande has the confidence to sing ‘Heaven’, one of her best-known works, as the OPENING song of her show. Oh, the chutzpah of a 26-yearold with the world at her feet!

She holds back on ‘Next to Me’ for an encore which has pretty much everyone of the 4,000 present standing to dance and applaud. Sande is almost old news now after a couple of years in the spotlight: she’s rocketed from Scottish medical student to Olympic concerts star with a huge selling album, Our Version of Events.

People have endlessly compared her to Adele, which isn’t so surprising, given her vocal prowess and that her real first name is Adele. Perhaps unhelpfully, she’s also been likened to Aretha Franklin. No matter. She’s good – and a live show recorded at London’s Royal Albert Hall (again, following Adele) hints at better to come.

It’s July 11, 2013: The Green Note in Camden, London. Eileen Rose is across from the U.S. The gig is a sellout – not quite what it seems since the tiny room is packed with maybe fifty people. It could have sold out many times over. There is a little chalked board outside the vegetarian restaurant-and-bar’s ten-foot frontage advertising the show.

The commitment and quality of the performance is the equal to any of the above. I have reviewed all of Rose’s stuff favourably. Shine Like It Does was a stunning debut in 2000 and she has hardly put a foot wrong since. It’s slightly beyond comprehension that someone this talented isn’t mega famous. She has moved from Boston to Nashville and teamed with the impressive guitarist the legendary Rich Gilbert. In the interval, the duo happily chat with fans and sign their new record, Be Many Gone, which has a warm, country flavour.

So far, I’ve picked names tied to live performances. Now for some based on my CD review pile – a thousand new ones a year, just the best.

Laura Marling is still only 23 and has already made her name with literate records that recall and sometimes even surpass Joni Mitchell. Her latest, Once I Was an Eagle, is a challenging, but rewarding listen.

Her material is matched by Thea Gilmore. I was introduced to Gilmore by playwright Suzi Almond, who is herself making music now. The first song by Gilmore I heard was “This Girl Is Taking Bets” with its quickfire wordplay: ‘This girl is a black eye, she’s a bruise on your knee, She’s the ashes of the people that you really meant to be, This girl’s the resurrection, she’s the comeback, She’s the absinthe in whiskey, she is poetry and Prozac.’ Gilmore has carried on with an output that is variable and sometimes as good – as in the case of her most recent album, Regardless.

Tracey Browne’s songs come from the same sort of territory, though with more than a hint of the late, great Kirsty MacColl. Her Everyone is Ordinary LP is heartfelt and melodic. On Browne’s website, Gilmore calls her ‘the real deal, an exciting new talent.’

That description – ‘the real deal’ – is also being applied, (at least by her publicists) to Ashley Monroe.

(That’s fine, though I’m not so sure about calling someone ‘the real deal’ anymore. It was used to note the tribulations of another country gal, Mindy McCready, who took her own life in February as her career sank under problems with love, money, drugs and custody battles.)

Monroe has written with Guy Clark and Vince Gill, who produced her album Like a Rose. The title is apt in that she’s not as good a country songwriter as Eileen Rose. Instead there’s the air of a young Dolly Parton.

A couple of months back, I got a review copy of Tess Henley’s High Heels and Sneakers. It was a while coming to the top of the pile and I have to say it’s really good, a soulful fusion with mainstream rock that works best on ‘From the Get Go’.

I discovered Caroline England only when she sent me a tweet with a link to her songs. She has music on iTunes and a delicately beautiful video called ‘Tumbleweed’ which deserves a wider circulation.

Some great singers are making impressive comebacks: Mari Wilson (yes, she of beehive-hair fame), Alison Moyet (the voice of ‘Only You’ and ‘Love Resurrection’) and Agnetha (the blonde one in ABBA). Dido’s The Girl Who Got Away keeps her in the gentle mainstream, with her folky edge now blurred with ambient and dance sounds. India’s A.R. Rahman produces, adding a children’s choir from Mumbai.

Dance has always been foremost for Katy B, who is working towards a second CD after the dubstep classic ‘On a Mission’, which was nominated for the U.K.’s Mercury Prize in 2011.

More mainstream club music fans may be waiting for Lady Gaga’s ‘ARTPOP’ in November. I’ll probably be more likely to recommend Janelle Monae’s The Electric Lady in September if it’s anything as creative as its predecessor Archandroid.

But by now you get the idea.

“The second sex” has become the first sex in music. And about time too.

[info]
Mark Beech is Bloomberg’s rock critic. A frequent commentator on U.K. TV, he is also the London-based Europe and Asian team leader for Muse, Bloomberg’s arts and culture section. His books include “The Dictionary of Rock & Pop Names” and he is a fellow of the Royal Society of Arts. 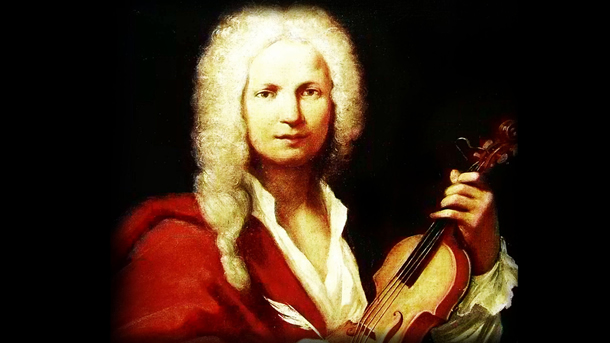