/ Marco Pernini @en / Polenta. The variety of a dish

Polenta. The variety of a dish 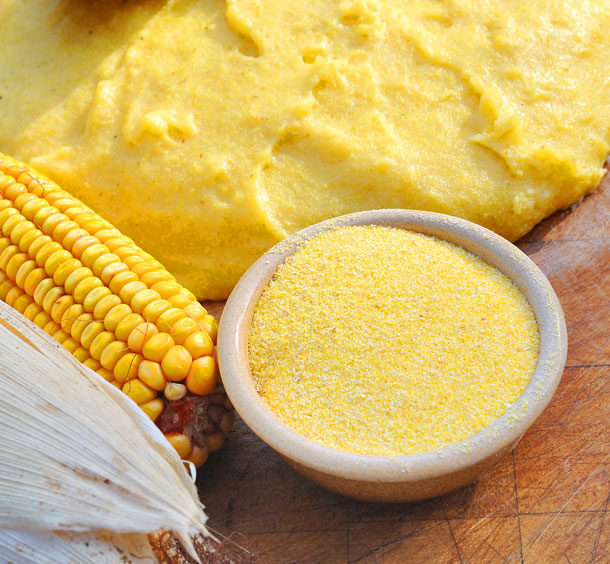 Introduced to Europeans by Columbus, polenta is arguably a Native American dish. Embraced by Italians for its subtle taste, versatility and low cost to produce, it is now a quintessential part of Italian cuisine. And that means variety!

In this issue of Dante I want to talk about a dish that is about equally beloved and not so loved. I’m sure you’ve heard of it – it is called polenta.

I love polenta. I grew up eating it and I still love it. Not only do I like the taste of it, but I also love how versatile it is in terms of cooking. It can be served as a savoury dish, a sweet dish, soft or hard.
In Italy, ways of cooking polenta vary, naturally, from region to region. And as I’ve travelled around the world I’ve discovered that polenta (or its equivalent) is used pretty much everywhere from Europe to North and South America, Africa and Caribbean. Obviously the name and preparation changes according to the culture of the country.
I can’t remember exactly where I was but the version that surprised me the most was when it came in the form of French fries. Yes! It looked exactly the same as fries but instead it was a deep-fried polenta stick … delicious!
Polenta is originally an Italian word, derived from the Latin for hulled and crushed grain, especially barley-meal – the source of cornmeal. Maize was not cultivated in Italy until the early 16th century when Christopher Columbus returned from America and brought with him a plant hitherto never seen before: corn or maize. Columbus explained that the natives of the Americas used it to prepare a kind of mixture of corn flour and water, which was then cooked and seasoned with sauces, vegetables, meats or cheeses.
This maize plant prospered in northern Italy and as it was both abundant and inexpensive, it became the preferred food of the peasants and the farmers who cultivated it. Because of its very neutral taste, polenta is an easily adaptable dish. So the peasants combined this highly nutritious and inexpensive food with other dishes that already existed. As its popularity grew, it displaced bread – which was much more costly – as a side accompaniment.
Polenta is cooked by simmering it in a water-based liquid. It takes a long time to make if you do it properly. It is often cooked in a huge copper pot known as a paiolo, simmering in four to five times its volume of liquid (water, stock or a mixture) for about forty-five minutes. It requires almost constant stirring, which is necessary to ensure the even gelatinisation of the starch. Some alternative cooking techniques are meant to speed up the process, or not to require supervision. This quick-cooking or “instant polenta” can be prepared in a few minutes, but it is not as good as cooking polenta from unprocessed cornmeal and, in my opinion, not ideal for eating, unless baked or fried. Of course, it is up to you, but if I am having it, then I prefer to prepare the proper version. It is much tastier and – especially if you choose organic – you will really appreciate the subtleties of the taste.

Polenta is a typical ingredient for recipes in northern Italy. Experts disagree as to where the home of polenta is. Some say in the Friuli region while others point to Valtellina, a region in north Lombardy where the tradition of using polenta is very rich and deep-rooted. I reckon the birthplace is actually irrelevant. What is important is the various combinations used in the amazing traditional polenta-based dishes that different areas of the country have created. 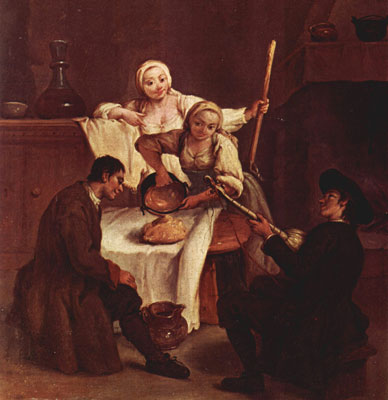 In Lombardy the major polenta dishes are: polenta taragna (which includes buckwheat flour), polenta uncia, polenta concia, polenta e gorgonzola, and missultin e polenta. All are cooked with various cheeses and butter, except the last one, from the area around Lake Como, which is made with fish. In some other areas of the Veneto, white cornmeal (mais biancoperla) is used as the base flour, then called polenta bianca, whereas in Piedmont potatoes are the base, instead of cornmeal. In fact, polenta can be prepared with a variety of cereals and even chestnuts. But in Umbria, where I come from, we prepare a soft version, then spread it on a flat plate or a flat wooden dish. On top we put a generous layer of wild mushrooms, sausages, and tomato sauce, with a good sprinkling of grated parmesan cheese. My mouth is watering just thinking about it – and of course my mom makes the best!

Cooked polenta can be shaped into balls, patties, or sticks, and then fried in oil, baked, or grilled until golden brown. Fried polenta is called crostini di polenta or polenta fritta. This type of polenta became particularly popular in southern Brazil as a result of the influx of so many immigrants from northern Italy. Polenta is also gluten- and wheat-free, and very easily digested, so if your dietary requirements need that, it is a very handy replacement for normal flour.

So far I may have been preaching to the converted as I have been highlighting the amazing quality of this dish. But as I have always said I am a liberal and appreciate diversity in life. So for anyone who might not yet fully appreciate this ingredient, I leave you with my very own recipe of a wheat- and gluten-free polenta cake. Try this and tell me if you still have any doubts about how versatile and tasty polenta can be. 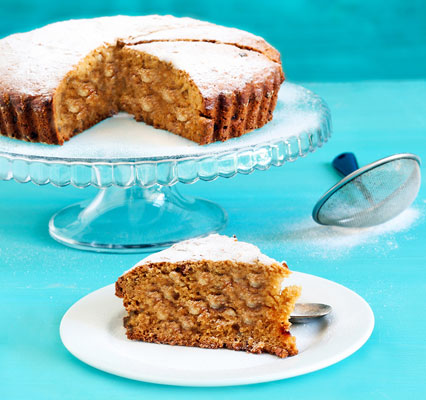 METHOD:
Using a food processor or electric whisk, beat the butter and sugar together until pale and light.
Stir in the ground almonds and the vanilla essence.
Add the eggs one at time, ix them and fold in the lemon zest.
Add the polenta flour, baking powder and salt
Transfer the mixture to a round baking tin and bake for 30 min at 350F/175C/ gas mark 4
Please don’t over cook – this cake should be slightly moist.
Serve warm and enjoy!