Camillia Sinensis: A Cup of Life

If people took a cup of tea every day the pharmacists would starve.
– Chinese proverb

Ahhh, the effect Camillia Sinensis has on the human being – body and soul! Refreshing, relaxing, revitalising, reflective, robust, rich, rakish, radiant, responsive, romantic, rosy, refined, resonant – all the feelings associated with a good cup of the tea. The comfort it offers from a mother to a sick child, woman to husband or lover, a friend to trusted friend or welcome visitor is well known.

The beautiful Japanese tea ceremony, the fragrant tea gardens, elegant tea parties, high tea, afternoon tea, hot tea, iced tea, spiced tea all bring to mind beauty and grace. Who cannot invoke the scintillating aroma of Earl Grey, tinged with bergamot, the spicy scent of Chai, the fresh tart taste of green tea, or a calming yet invigorating cup of Darjeeling? Each tea has its own properties and as you think about them, you can feel your body react, feel your body relax, feel your body respond to the magical ambrosia that we call Tea. It is one of the timeless treats that are universal and all can find solace in.

“There is a great deal of poetry and fine sentiment in a chest of tea.”

“Tea is a religion of the art of life.”

Okakuwa Kakuzo, The Book of Tea

Tea has graced the human race for approximately 5000 years. It was discovered in China accidentally in 2737 BCE, when Emperor Shen Nung, who had an interest in herbalism and medicine, believed that boiling water prior to drinking it decreased its impurities and improved health. He decreed that all water should be boiled before drinking. Legend has it that he was sitting under a tree waiting for his water to boil when a few leaves floated down into his cup. Intrigued by the heavenly aroma wafting up from the cup, he tasted it, was pleased, and so the elixir tea or “chai” was discovered.

Tea was first used medicinally and to this day we are discovering or “remembering” the benefits of tea consumption on our lives. In 780 CE, Lu Yu, a scholar during the Tang dynasty, authored the first definitive book on tea – Ch’a Ching. Hence the “art” of tea drinking was born. Tea became inspirational – the subject of books, poems, songs and paintings.

By 900 CE, tea drinking spread to Japan where the Japanese ceremony was created. It further established the drinking of tea as a graceful art form.

“If a man has no tea in him, he is incapable of understanding truth and beauty.”

Tea was introduced to Europe in the 1600s. At that time, because of the expense (a pound of tea cost the equivalent of about $100), only the wealthy enjoyed it. Tea has progressed to be the second most consumed liquid in the world, exceeded only by water.

“Tea is drunk to forget the din of the world.” 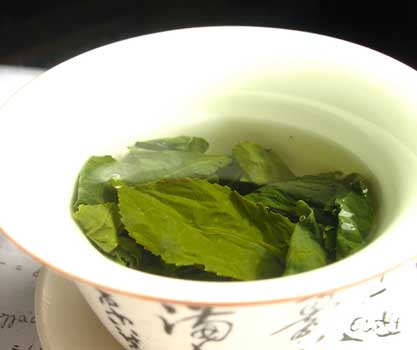 Tea is defined as a water extract of dried leaves of the evergreen shrub Camellia Sinensis. It is mainly grown in mountainous areas 3000-7000 feet above sea level between the Tropic of Cancer and the Tropic of Capricorn. Leading tea producing countries are China, India, Sri Lanka, Indonesia, Malawi, Tanzania and Kenya, as well as some South American and Middle Eastern Countries. There are four main types of tea: Black, Green, White and Oolong. Seventy-eight percent of tea produced and consumed worldwide is Black tea. Green tea represents 20-22 percent of all tea consumed, White and Oolong about 2 percent. The Irish drink more tea per head than any other nation.

Allowing the tea leaves to dry, reducing moisture and weight, forms Black tea. The withered leaves are then rolled and crushed. This initiates fermentation. Finally the leaves are fried, resulting in strong full-bodied flavor.

Green tea is made from freshly harvested leaves that are rapidly steamed or pan-fried. This inactivates the enzymes present in the leaves and stops fermentation. White tea – ‘The Tea of Emperors’ – is derived from the tea buds and youngest tea leaves. It is the least processed form of tea. The leaves are steamed then dried. For some White tea varieties, such as silver needle, the tea buds are harvested for only two days out of the year.

These different manufacturing processes, as well as climate, soil composition, temperature, and the age of the plant affect the properties of tea. “Each cup of tea represents an imaginary Voyage” Catherine Douzel

For as long as tea has been consumed there have been health benefits associated with it. It is filled with polyphenols, specifically flavonoids, which are a specific type of phytochemical. They are strong antioxidants, stronger than Vitamin C. Antioxidants protect against the damage that can be caused by free radicals (unstable molecules in our body). This damage includes artherosclerosis, arthritis, ageing, Alzheimer’s, cancer and diabetes. Catechins are some of the main flavinols in green tea. There are six of them of which EGEC (epigallocatechin gallate) is the most active. EGEC is thought to be twice as active and effective as Resveratrol (see Dante July/Aug issue “The Magic of Wine”). Since green tea is steamed it has more EGEC than black or Oolong. The main phytochemical in black teas are Theaflavins (TF1, TF2, TF3). These are produced during the oxidation process that decreases the catechins. They have been found to reduce the risk of cancer, cause cancer cell death and reduce inflammation in arthritis. Teas also contain vitamin B2, B6, B1, potassium, manganese, folic acid and calcium.

Tea polyphenols have the ability to scavenge free oxygen and nitrogen radicals. Our bodies are exposed to environmental sources of these free radicals, such as chemical pollutants, plastics, and cigarette smoke daily. These free radicals attack the lipid membrane of our cells and damage DNA. This damage is known to initiate the development of heart disease, cancer, and ageing and other degenerative and debilitating diseases. ORAC, or Oxygen Radical Absorbance Capacity, determines the strength of the antioxidant. Tea has been found to have a higher ORAC rating than garlic, kale, brussels sprouts, or spinach. Within sixty minutes of consuming one cup of tea, the plasma antioxidant capacity of healthy adults was improved. More antioxidants = less cellular damage.

“While there is tea there is hope”

Polyphenols, especially catechins, have a strong binding affinity for metal ions, especially iron. This binding can prevent perioxidative reactions or oxidative stress. The chelating ability is significant given the fact that iron progressively accumulates in the ageing brain and may be the cause of neurodegenerative diseases like Parkinson’s and Alzheimer’s. Tea polyphenols also have a strong affinity for binding to certain proteins, proline in particular. It is the binding ability of the polyphenols that is thought to inhibit certain enzymes involved in carcinogenesis.

Different findings, which may be contradictory in clinical studies, may be due to different environmental and lifestyle factors. For example, comparing an area where salty, high-fat foods are eaten frequently to an area where such items, which may contribute to the increased risk of cancer, are not consumed so often may show different results.

“Tea is such a magical product – perhaps even the eighth wonder of the world.” 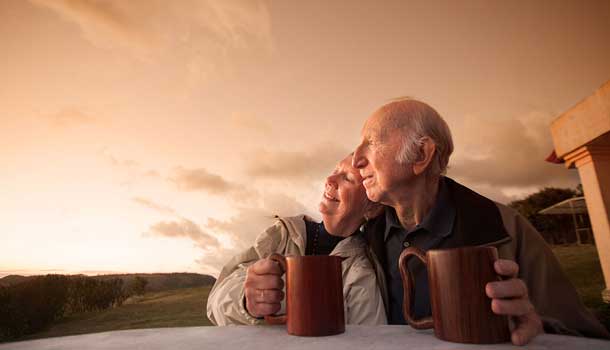 You can add essential oils or spices to tea to further increase it beneficial properties. Earl Grey tea has bergamot oil added to it, which is a potent antioxidant in itself. Earl Grey is known to boost immunity, decrease fever, and improve mood and digestion. Spiced Chai with cinnamon, cloves, ginger, pepper, cardamom and fennel helps with digestion and is anti-inflammatory. Poor digestion is believed to be the root of many diseases.

Darjeeling tea contains the amino acid L-theanine that reduces mental and physical stress and promotes a feeling of well-being. This protein softens the effect of the caffeine in the tea, leaving a person relaxed yet invigorated. Squeeze a bit of lemon into your tea and you have added more antioxidants and increased their absorption by your body.

Just as there are wine connoisseurs, there are also tea connoisseurs. I love to go to tea stores and try all the different varieties, Queen of Babylon, Green Jasmine, Darjeeling, English Breakfast, Irish Breakfast, Silver Needle, Golden Monkey, and so on. One day I bought six ounces of a new tea to try: Monkey-Picked Oolong. Buddhist monks had taught the monkeys how to climb the tea trees to get the buds on the top of the tree. When the bill came, they thanked me for gifting myself and investing in my health. When I saw the bill I was astounded to see it was over three figures! The sales woman told me it was expensive to have the monkeys pick the tea. (They must have some trade union, those monkeys!) I took the tea home and brewed it up, serving it in my special teapot for my friends. I was excited to tell them about my monkey-picked tea! They were not impressed. They laughed for weeks that I had spent that much on a tea which no one liked. I guess I found something that Buddhist monkeys hurt – my wallet! I guess there is no accounting for taste. Despite all that, I’ll still keep perusing teas whether picked by human hands or monkey hands – because, in all honesty, the taste of a good tea is heaven!