He’s Fifty, But He Doesn’t Look It 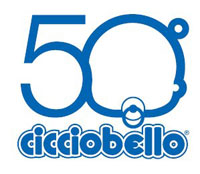 What wouldn’t you do these days to keep your looks? How do you survive through three generations and remain a top selling hit, totally unaffected by the passage of time? We are not talking about a rock star or a movie star, although this star has inspired a cult – a cult object that, despite the advances of technology, has managed to keep his charm intact without any airbrushing.

For years Cicciobello has been the symbol of generations of Italian girls. Grandmothers, mothers, grandaughers have all learned, through playing with Cicciobello, to become familiar with the job of motherhood. A recent survey made by the company, found that 75% of Italian women had owned a Cicciobello doll during their childhood.

Created in 1962 by Gervasio Chiari and later produced by Giochi Preziosi, Cicciobello is a three month old blond-haired and blue-eyed baby boy. He drinks from his bunny-shaped feeding bottle, sucks on his dummy, and cries when it is taken away. It is counteless the number of Cicciobello dolls sold in Italy, however, it has also enjoyed considerable success outside the native country. It is now available in more than twenty countries around the world, including France – where it has been the top selling doll since 2008 – the UK, Spain and the US. In 2010, more than 800,000 Cicciobello dolls and 350,000 accessories were sold globally. Those numbers have seriously challenged the reign of the beauty queen of all time, Barbie. 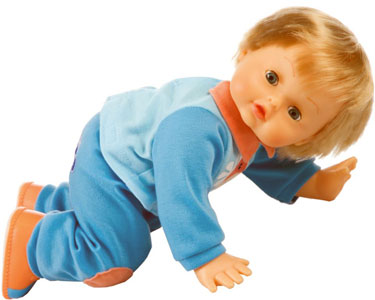 Behind the success of Italy’s most loved doll, there lies the story of a vibrant young man from Avellino in the south of Italy, near Naples. That young man moved to Milan in 1978 and started his own business in a garage – well before certain gurus of information technology became famous for doing the same. 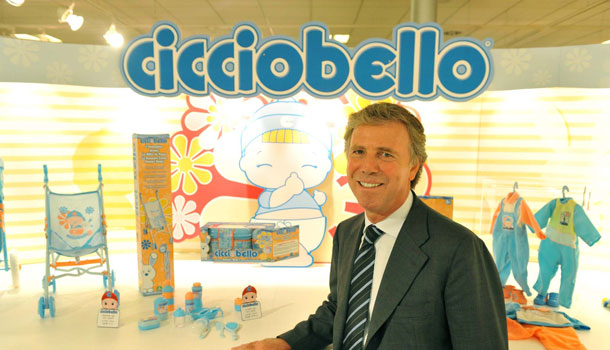 Signor Enrico Preziosi, chairman and founder of the Preziosi Group recalls his humble beginnings when, as a young man full of ideas, he quit his job and set up a company with a friend. That start-up did not go well and the two parted ways. Enrico found himself buying toys from wholesalers and reselling to other shops. The prospects for growth, being just one of many middlemen were small. So he decided to change strategy. 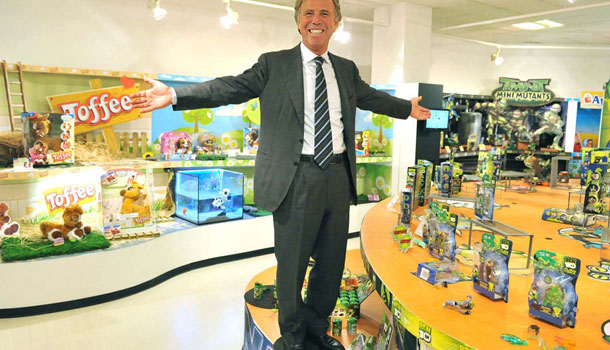 In 1981, Enrico started to enter into sole rights agreements with important international toy manufacturers. The first transformation took place in the space of a few years. Thanks to a very dynamic business philosophy and keen awareness of the rapid changes happening in the market, he developed and followed very successful business and marketing strategies. At the end of 1987, sales reached 100 billion lire – the equivalent of 50 million euros today. 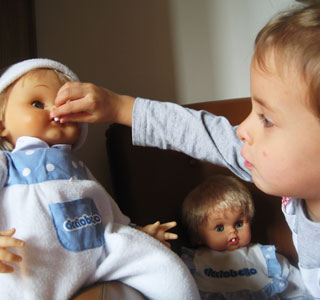 Year on year sales kept growing fast, driven by merchandising for popular children’s TV programmes, backed up by strong advertising. At the same time Signor Preziosi moved into retail, setting up franchise chains called Giocheria, and then, in 1994, developing bigger stores called Toys Center. GIOCHI PREZIOSI has continued to expand over the past twenty years. Thanks to a successful acquisition policy in both national and foreign markets, the company is now well-positioned at both the local and international level. This has been accomplished through a series of subsidiaries in Germany, Greece, and Spain; and also by acquiring one hundred percent of the Flair Leisure Product Plc. in the UK, a fifty-one percent stake in Shanghai’s Kaleeto Industrial Co. Ltd., and through the recent purchase of a majority stake in France’s third biggest toy distribution chain, King Jouet. 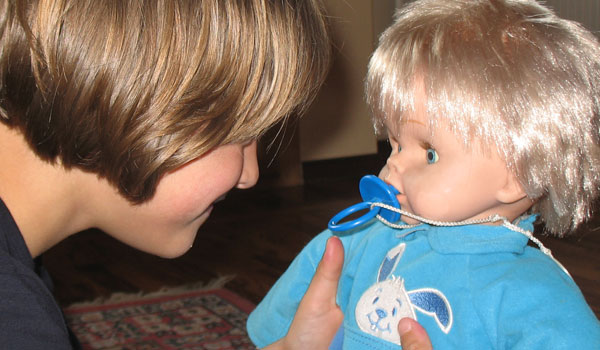 The Giochi Preziosi Group today is a very diversified and structured organisation, whose mission is to give children what they want through the design and distribution of different products that are aimed at them. The success of the Gormiti toy and the associated TV cartoon is a perfect example. Gormiti made the company 300 million euros in revenue in 2009 alone. Fifty-two brand new episodes produced in collaboration with the Cartoon Network and Mondo TV are ready to be aired next year. Preziosi Group has also launched Preziosi Food and quickly became the joint market leader for the sale of Easter eggs with Ferrero. 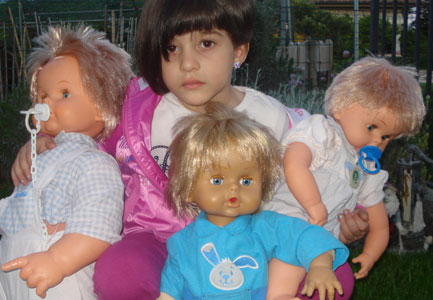 Despite all this diversification and all these changes over the years, however, Cicciobello, out of the great Preziosi galaxy of toys, is still the most in demand.

“How do you explain that?”

I asked the chairman.

“Cicciobello is a t imeless doll,” he answered, smiling. “ It plays with the DNA of every girl, and I think it connects with a child’s wish to feel protected. The simplicity of Cicciobello is also its strength, because it provides the child with a communication tool, the point of reference needed to project herself into the world.”

This soothing effect of Cicciobello has been confirmed by Dr Elena De Nardi, an ENT surgeon at Vittorio Veneto hospital, one of the best in the country, on the outskirts of Venice.

“It’s easy to understand how having to undergo people a moment of tension and emotional stress. These feelings are seen even more in a child. In the minutes prior to entering the operating room, the young patient is in a completely different environment from home or school, surrounded by strangers dressed in green uniforms whose faces are partially covered by masks and caps. This can be very unsettling for children and regular administration of pre-anesthesia is often insufficient to calm them,” she explains. 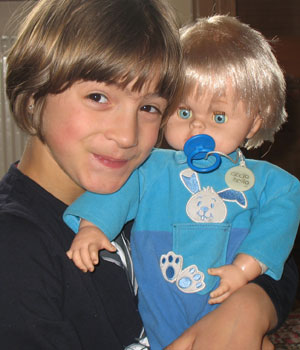 “In my experience as an ENT surgeon,” Dr. De Nardi says, “I have seen how, at the moment of separation from the parent when about to go the operating room for an adenoidectomy or tonsillectomy, their Cicciobello becomes the only “friendly face” with which to diminish their apprehension and confusion. Children dress the doll with a cap and a mask, play in a toy operating room which we provide to distract them. We often fix electrodes on the doll’s chest as if doing an ECG and through this play-acting, Cicciobello becomes the best medicine in this stressful situation. It reassures the young patient. And after being unconscious, when the child wakes up the doll is still there, ready for the next game.”

Contrary to common perceptions, the toy market is not an easy one to be in. Signor Preziosi confirms that they have to change almost sixty percent of their catalogue every year to keep up with trends. To this end, they have a dedicated team of specialists and creative people that select new product opportunities from all over the world. 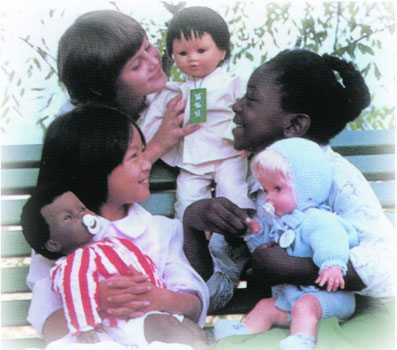 With a turnover from goods and services that totalled 1,000.1 million euros for the tax year 2010-11, the Preziosi Group is continuing to strive to further develop its international presence, the on-going consolidation of its retail area at the domestic level, as well as maintaining its competitive positioning and market share in Italy.

Signor Preziosi started his business in a garage. But times may be tougher now. So I asked if he has any advice to give to a young person that has ideas and dreams just like he had when he started out. “Personal character and determination are extremely important in order to succeed in life. But in the current economic situation a young entrepreneur, unless he or she has an idea that will lead to a niche product, must look beyond his back yard, and seek new opportunities in a new world where there is the potential for strong market growth.” 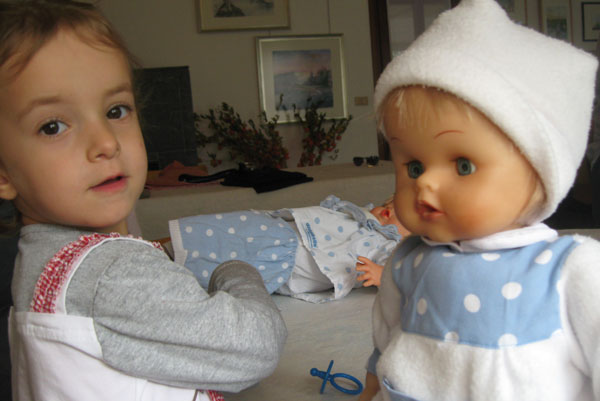 “Whats next then? Any other dreams?”

“Yes,” he replied. “To expand our presence in China with shops named after Cicciobello. That would be the best way to celebrate Cicciobello’s fiftieth birthday, a doll who has given so many children – and me – so much pleasure.”

Considering that Giochi Preziosi group has already gained a foothold in China, this feels more like a reality than a dream.

Despite not having changed his look for fifty years, Cicciobello has kept up with the trends that have occurred throughout his life. He has set up a website and also joined the world of social networking. On his Facebook page, little girls are able to find more information and news about their doll, as well as enjoying entertaining items specifically aimed at them. In addition, previous owners have a forum to discuss their own experiences and to share memories. With all this happening and annual turnover estimated at around twenty million euros, I would say that any of us would have many reasons to celebrate a half-century and to look forward to further years of success in the future.

One of the major reasons must be that Cicciobello, as his owner said, is a simple doll, who represents the tenderness, the love we have for babies and the love we crave as well for ourselves and though we don’t tend to talk much about it these days, this iconic Italian doll is proof that the basic needs of children are the same across generations and cultural barriers. No iPad, or any other technological gizmo for that matter, can ever be a substitute for that.

Comments are disabled
NEXT ARTICLE
Mission statement by the editors
December 1, 2012 - 3:51 pm
PREVIOUS ARTICLE
Who Holds the Wealth of Nations? China’s sovereign wealth fund and what the world should really worry about.
November 9, 2012 - 3:16 pm