/ Business / Germany’s Green Tech: The Rise – and Fall? – of an Industry

Germany’s Green Tech: The Rise – and Fall? – of an Industry

Imagine no regrets for wasting too much electricity, as it all comes from clean, sustainable sources and not from CO2- emitting dirty power plants or risky nuclear power stations. Picture electric cars that source their power from a clean energy supply. This all seemed like utopia only ten years ago. But it has started in Germany. Without a doubt Germany is the country in the world that has turned the development of green or sustainable energy sources such as wind, solar and biomass into a success story. But that success is under threat. 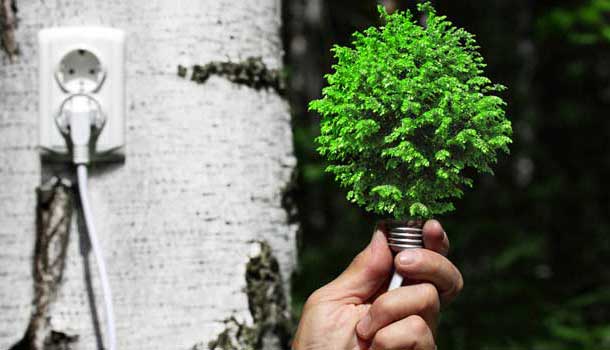 Green technologies such as photovoltaic power panels and wind turbines remained a tiny niche market in Germany before 2004, applied mainly by environmentalists and other eco-minded idealists. Then the German government instituted compelling investment incentives that quickly widened the investment circle for renewable energy systems. Because most renewable energy sources show much higher production costs per generated kilowatt-hour compared to conventional energy produced from nuclear, coal or gas-fired power plants, investors needed incentives to put their capital in cleaner energy sources. By guaranteeing the sale of each generated kilowatt-hour at a fixed price, the government offered investment security, thereby providing attractive returns on invested capital. No doubt this is the kind of state-directed economic support that props up inferior energy sources when it comes to costs and efficiency. However, the system worked perfectly well in stimulating the transition of the renewable industry from a niche to a mass market. In fact, many countries followed Germany’s regulatory approach and a quiet, green industrial revolution – or better said, evolution – got started.

Windmill and solar-panel factories sprang up like mushrooms. Industry clusters like the so-called “solar valley” in eastern Germany quickly emerged. Efficiency records were broken every few weeks as manufacturers and German engineering companies teamed up. Production costs plummeted dramatically as a result of mass production and increased competition among the industry players. The whole industry – in which roughly 200,000 people worked at peak times – became the favourite of German politicians. New wind farms (on- and off-shore), solar panels (on roof tops and in large ground-mounted solar parks) blossomed throughout the country. Fields grew corn or wheat to be used in biogas/biomass power plants.

The Germans were not the only ones who seemed to be in favour of this new industry. Compelling profits and the prospect of a worldwide shift from conventional to renewable energy power attracted completely new players. New Chinese ventures, largely bolstered by government loans, arose. Even industrial conglomerates discovered the new business opportunity and invested in their own production facilities. And the new investment boom quickly benefited from steadily decreasing production costs for renewable green energy sources., so much so they approached competitiveness with conventional energy sources. Nearly everyone seemed to be convinced about green technologies – private households, financial investors and utilities.

As a direct consequence of these two factors, installation volumes of renewable energy systems hit new records year after year, led by the German market, where roughly 17% of total electricity consumption comes from these sources. This is almost as much as once came from the nuclear power plants Germany had before it decided to finally decommission them. And the country is aiming much higher. By 2020 it intends to hit a figure of 35%. 50% by 2030, and by 2050, 80% of the country’s electricity production should come from these sources. Consequently, the prospects for the industry should be extremely bright in view of the country’s long-term targets.

However, the impression that the sector is booming is completely mistaken.

The industry – in particular in Germany – has hit rock bottom. The climate for new investments in wind turbines, solar panels and biomass-fired power systems is worse than ever. How can that be after Germany became the only country worldwide to refrain completely from nuclear energy after the catastrophe at Fukushima? After the country seemed to pursue a strict path towards a so-called energy transition from dirty and risky energy sources to sustainability? How did the political support stop so abruptly just at a moment when the industry had almost reached grid parity – the so-called competitiveness with conventional energy sources?

The German green-tech industry has been hit by a coincidental convergence of deteriorating political support and a clash among the industrial competitors. What, in the beginning, seemed to have excellent credentials from a liberal economic point of view has come with disastrous consequences for the whole industry. The quick ramp-up of production capacities around the globe, with Germany and China as the two leaders, has resulted in vast overcapacities. The industry has grown much too fast, mostly as a result of government incentives. Now what was once a quite mature industry price competition has degenerated into all out war. While the big players such as the early movers and the big conglomerates have the capacity to weather the storm, most of the smaller ventures struggle to survive. In particular the German pioneers of the industry are in deep trouble and are unable to cope with the ongoing pricing pressure any longer. Many German companies have had to file for bankruptcy in recent months. The game is being played at the harshest levels, with the most powerful competitors coming from China. Chinese companies have flooded the market with products at dumping prices. Consequently, even the big Chinese struggle with profitability. However, it seems that these companies might have the longer staying power, as they are on the whole being supported by the Chinese authorities through cheap corporate loans and other subsidies. The consolidation of the industry is following a similar pattern to that of the semiconductor industry back in the 80s when American, European and Taiwanese companies fought a battle to the death.

Faced with this deep crisis even German politicians are barely supporting their own industry anymore. Only a year ago German Chancellor Angela Merkel declared: “We want to end the use of nuclear energy and reach the age of renewable energy as quickly as possible.” Since then, however, there has been a complete repositioning. Costs for renewable energy power have unexpectedly exploded. Installation volumes have increased so rapidly that the existing electricity grids face problems of integrating the produced energy without risking blackouts. Thus after years of massive expansion and overachievement of renewable energy targets, the government is scaling back subsidies and is even trying to limit volumes that are eligible for government support. Renewable energies have been taken off the agenda under this current government.

Although renewable energies are available to almost everybody due to the steep cost decrease over the past few years, the technology has become a luxury problem. There are now far more immediately compelling issues for Germany and the European countries than fighting climate change with renewable energy. Political parties have pointed out, correctly, that their cost-benefit ratio in Germany and Central Europe can hardly be justified. And the trade-off between the costs and the benefits of investing in renewable energy only applies to the Chinese companies who find themselves the main beneficiaries from Europe’s solo run of fighting climate change by switching to Renewable Energy technologies. It seems the German government has already given up on supporting the industry, as it has had to acknowledge the German clean tech industry has lost its battle with the Chinese and only a few jobs can be preserved in Research and Development and the installation services.

So where is the German green tech industry heading? Will Germany have to leave the field to low-cost countries like China, whose companies have not only adapted, but also refined German technology? The country has to adhere to its plans to boost its proportion of renewable energy use in any case, in order not to lose credibility in the proclaimed switch to sustainable energy sources. But will the world’s leader in exports do so with technology that has been imported from low-cost countries – one of which it has actually helped to become the world leader by exporting its engineering expertise? Import duties or local content requirements, as imposed by the US government for wind turbines and solar panels will barely help since such measures only safeguard domestic production for a short period. The country can hardly fight its cost inferiority in the long term. So it would seem that Germany has started a revolution in the renewable energy industry but its evolution will be realised elsewhere.