[one_third]Financial tribulation could well get worse, a lot worse: the world economy has fundamental problems that are not being resolved or even acknowledged, argues Jon Goodwin.[/one_third] 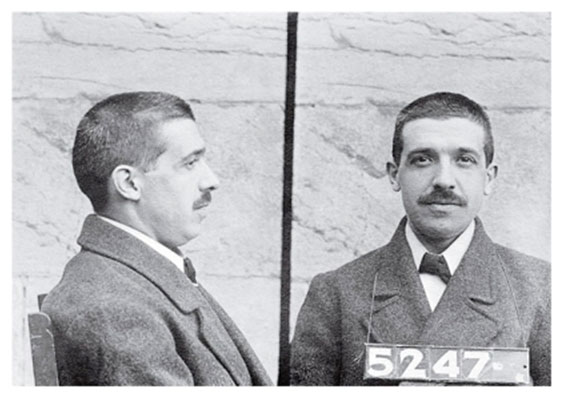 [two_third]We’ve all heard the maxim: give a man a fish, you feed him for a day; teach a man to fish and you feed him for life. It’s been around for 24 centuries now, but it’s easy to ignore. And Mankind has. Repeatedly. Fishing after all involves work. It takes time and an ability to outsmart fish. And since the dawn of civilisation, politicians of every stripe have sought to exploit man’s preference for receiving free fish. Who catches and cleans the fish? Traditionally they’ve forced the job on anglers, as is still done in places like Myanmar, Congo, North Korea, and Zimbabwe. In the developed world, you pay fishermen to fish, you grow your governments to study fish, issue press releases about fish, review fish porn using their government facilities and so on. And you pay for all that by taxing the fishermen. Rival politicians promise more fish and fish funded services. Rather than increase taxes, they issue more debt. Soon they begin issuing debt to pay debt – robbing Peter to pay Paul. And sometime thereafter, as a consequence of its largesse, the country defaults, chaos reigns, political power shifts and the cycle begins anew.
Since the Napoleonic Wars there have been four significant periods in which many sovereign states defaulted on their debts

As well as paying entitlements, governments will of course need to fund current and future budget deficits as well as potentially redeem future debt if they are unable to refund it. The US intends to borrow in excess of two trillion dollars for these purposes in 2010 bringing the country’s national debt to $14.8 trillion by the end of the year. That’s more than its GDP. EU countries will borrow in excess of $1.72 trillion on aggregate and Japan $479 billion.
All Ponzi schemes depend on things going well without interruptions in order to cover the schemer’s fraud. In Old Colony’s case it was that the post-office would continue to issue stamps. More recently, Bernie Madoff wagered that the stock market would cope fine with any significant economic downturn. Those who trusted him lost more than 11,000 times what Ponzi had cost his investors. The politicians who set up Social Security schemes in the developed world were betting that the populations of their countries would grow uniformly, indefinitely. Preposterous, of course. But at the time with the world coming out of the Great Depression people wanted to believe it. Returning to our old analogy, they wanted the free fish. The United States, Europe and Japan are all on a collision course with the same destiny that befell Ponzi and Madoff. Simply put, the scheme depends on worker numbers, which have been declining, and are set to continue going down in the foreseeable future.

There’s no hope these programs, as things stand, can ever become solvent. Governments will have to adopt substantive austerity measures in order to address their fiscal deficits. History of course has illustrated that politicians, particularly the popularly elected variety, do not have the backbone to take such action until external forces compel them – witness Greece.
Investors can bet on the reckless decisions of power hungry politicians and their greedy electorates. Known as idiot arbitrage, they’ve focused their attention on easy prey, the low hanging fruit, Greece, Portugal and the Euro. While their assaults in Europe are not likely to abate anytime soon, it is highly likely Japan will be the next target, followed closely by the US.
At its peak, this coming earthquake will be so much stronger than the tremors felt in Greece. There simply is not enough available liquidity to plug the $5 trillion dollar annual fiscal deficits of affected governments and refinance many trillions of their debt coming due over the next several years. The total resources of the IMF at the end of February stood at $591.7 billion with a one-year forward commitment capacity of $238.6 billion. That won’t go far! Neither the Chinese nor the Saudis operate their national treasuries as benevolent funds for spendthrift nations. Governments will have to turn on their printing presses. The consequence will be high inflation, high interest rates, low economic growth, high unemployment and the banishment of several hundred million of their citizens into poverty. Bernie Madoff’s $50 billion Ponzi scheme pales in comparison to FDR’s. As he stews in prison, politicians will soon eclipse his record. And they’re still running the show.
[/two_third]