On the 4th of March 2018, Italy, the third-largest continental European economy, goes to the polls. Italians are electing a new parliament, hoping for a majority government and a prime minister. Massimo Gava writes. 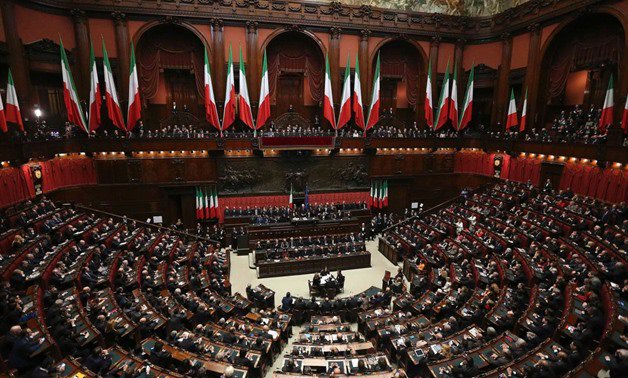 Will the winning party be of the left, right or centre? Ask many ordinary people who it should be and they will probably sadly say “they are all the same/ as bad as each other”.

There is a common view which goes something like this: “It looks like what is happening in the U.K. and U.S. makes it a farce everywhere.” Politicians are comedians all over the world and act in a way that suits their own interest. Taking into account the many similarities between the two jobs, we have listened to them and to keep up with their tune. Considering that carnival has just ended, let’s decide to play along with their cultural heritage. This approach may ease the difficulties that a non-Italian spectator has in understanding the complicated political system. We can pair the main players of this election with some characters of the comedia dell’arte. 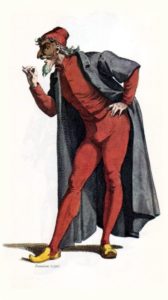 As a sign of respect, we start with the elder character, Pantalone, ( Pantaloon ) generally a senior merchant, often wealthy and esteemed, at other times completely ruined, yet always a seasoned man in every way, with business skills. Who can this be?

That’s right – I can see you are getting into the right mood. I’m talking about the one and only Silvio Berlusconi, 81, the former prime minister and champion in keeping the interest in Italian politics alive with a “comeback”.

His Forza Italia party though, according to the forecasts, will not get more than 12% to 14%. That’s not enough to make it an overall winner, but it can be a player in a centre-right coalition if that grouping reaches a total figures of about 40% needed to rule the country. 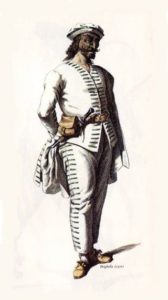 Another member of any possible centre-right coalition is the former Northern League, now just known as the League Party. This is chaired by Matteo Salvini. He could also be impersonating another comedia dell’arte protagonist: Brighella, a shrewd and astute servant. The character is also a ruffian, ready to satisfy even the meanest desires of his master to reach a goal. Salvini’s modus operandi is to reach those Italians who do not feel secure in their own homes and roles. They feel like a lack of territorial control in their cities is because of immigration, which they assert is running out of control.

If Salvini gets the biggest chunk of the vote within the coalition, he will become the prime minister and the one who will form the government. That is why the three rival leaders in the potential coalition are all campaigning separately in the campaign. 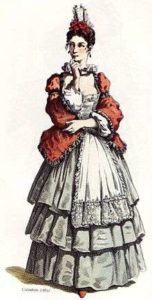 The third main character in the centre-right coalition is Giorgia Meloni. She could well be cast as Colombina, the young, pretty and mischievous maid of the two above, a comic character who with her party Fratelli D’ Italia (Italian brothers) focuses on rights for Italians first. She also wants to be the leading advocate for the traditional family. One might think that it is a clever way to win backing from the Catholic electorate – yet this is spoiled only by questions on what is the point of traditional families these days? Considering for instance, that Meloni herself is a single mother, has never been married and that her fellow party leaders are both divorced. 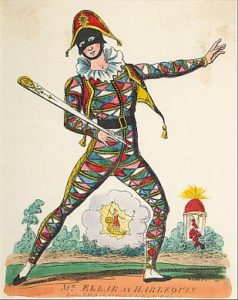 Anyway, let’s move to the next part of the comedy and swing to the left. Here we have one of the most loved popular characters in the whole arc of Italian political life. Alecchino, or Harlequin in English, usually has the role of a faithful servant or valet. He is also a clown and an acrobat overlaid with charm. The character is perfectly incarnated by former PM Matteo Renzi. The difficult balancing act to keep his Democratic Party intact requires all the swift-footed skills of an accomplished acrobat. When he came to power he was acclaimed like the saviour. However, his questionable actions, such as a badly put-together referendum on constitutional reform, made him quickly lose appeal. He was turned into a figure of ridicule, alternating between flashes of brilliance and plain idiocy. The Democratic Party is forecast to be the biggest loser of this election but can yet become a player again if a grand coalition is needed to form a government. That will only happen for the sake of Italy of course! 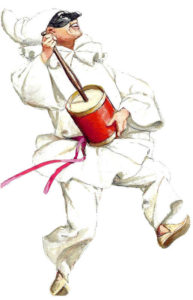 Last but not least, we have the youngest wannabe prime minister in the history of Italian politics, 31-year-old Luigi di Maio. He is currently serving as Vice President of the Chamber of Deputies and not so long ago became the leader of the Five Star Movement. He can well be Pulcinella – not just because he comes from Naples, an area boasting a wealth of comic traditions. The name Pulcinella is from “pulcino”, meaning “chick”, and “pollastrello”, meaning rooster. It is no secret that his main sponsor is the founder of the Five Star Movement, stand-up comedian Beppe Grillo. The party is set to become the larger in parliament, even though it advocates ending the whole system and the privileges that politicians have had enjoyed for far too long. Branded as populists, they want to reform the country in many aspects but their lack of experience in the political area makes some people in the European Union very sceptical of their action. The party could lead to political instability in the country, or may trigger another financial attack like the one orchestrated ad hoc to depose Berlusconi, it is said.

It is better the devil you know that the devil you don’t, I suppose. Here we are witnessing another episode of the European farce that has meant Berlusconi been received by Angela Merkel and Jean-Claude Junker even if they know very well he cannot be elected to the Italian parliament because has conviction for tax fraud. (He cannot hold office until 2019.) Still he is waiting for the appeal against the sentence in the European Court. He is not on Sunset Boulevard yet but keeps focusing his attention against the young leader of Five Star, accusing him of lack of experience, not having had a job and being a drop-out from law school. That conveniently forgets that both Berlusconi’s allies in his centre-right coalition do not hold any degrees and the only job they ever had was being a professional politician from a much earlier age. Still, I was taught to respect the elderly.

There are 75 parties in this general election that will have to select the 630 members of the Chamber of Deputies and the 315 elective members of the Senate of the Republic. 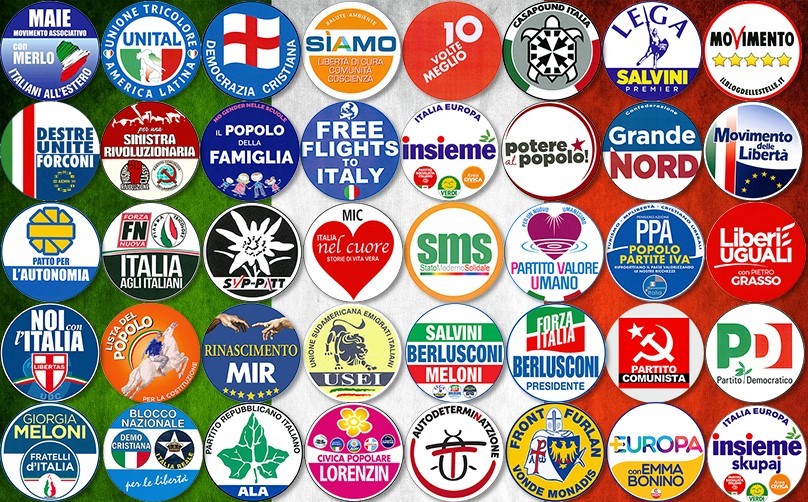 I chose to focus on the main players and their theatrical personalities to ease the reader of the burden of trying to understand the messy electoral process. There aren’t enough characters in the comedia dell’arte to list all those young and old wannabes in search for a glimpse of fame or a political comeback. It is not to include the Judas figures who on the spur of the moment decide to split from the parry they served looking to secure a new paid position if a suitable majority is not reached. So we refuse to take part in this exercise that massacre egos with the oxygen of publicity. We deliberately ignore them.

In all of this confusion, I constantly hear that the elected politicians reflect the state of a nation and the people living in it. I strongly disagree with that. The nature of politics in Italy results from a party system that works like a dictatorship. Each party chooses the people that suit first its own needs. It then disguises this and markets them to the voters, placing them in multiple constituencies around Italy so that if they are not elected in one, that same candidate has plenty of other options. The disgusting bit is that most of them have not any local affiliation with the people they ask the vote from and it is almost impossible to get rid them by not voting for them. 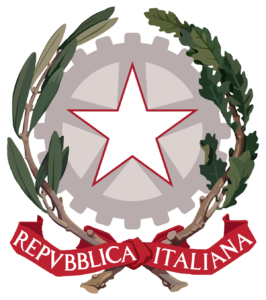 So what choice Italians do really have ? You tell me! But they have been patient and civilised for too long. All we ever hear from all the political parties is the constant refrain “go to vote because it is important for democracy!”

They know that the next election can create an impasse and there might be the needs for a revote in six months. The result is that 38% of the electorate does not bother to vote because they are disgusted by the political drama. They belong to “ left, right or centre – it’s all the same” silent movement that are resigned to the status quo and don’t care anymore.

So what if some American commentator thinks it is entertaining, making fun of the fact that the main political party in the next election has been created by a stand-up comedian? Politics is perceived as a farce almost all over the world anyway. If a comedian feel the need to stand up for its country and help people to change the course of history, shouldn’t the fact he gets so much consensus be analysed, understood and respected, instead of being mocked for the sake of entertaining an ignorant audience that wants to be fed only on dated stereotypes?

Mind you, these are the same commentators that patronised their audience telling them they have elected a clown for president. So if you do not want your audience to elect another so-called clown, educate them and feed them with proper explanation so they can pit their ignorance on foreign affairs and not only on guns. 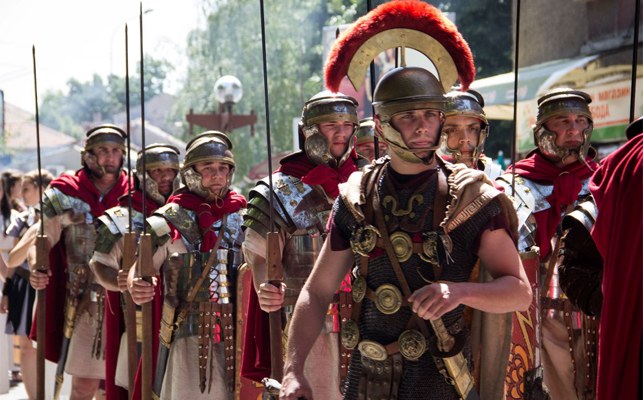 Dīvĭdĕ et ĭmpĕrā ( divide and rule) was the maxim used by the Roman Empire when it wanted to command a country. I am afraid that this motto seems to be being used by the big interest groups that are put into place beyond borders. Caught in the middle, people are treated like numbers. So you have to choose between a comedian that put together a movement that has been gaining consensus over the last decade in the hope of freeing a country from a dictatorship in disguise – and a clown that gets put straight into power. What will you choose in the name of the so called democracy?

The new print magazine is out next week 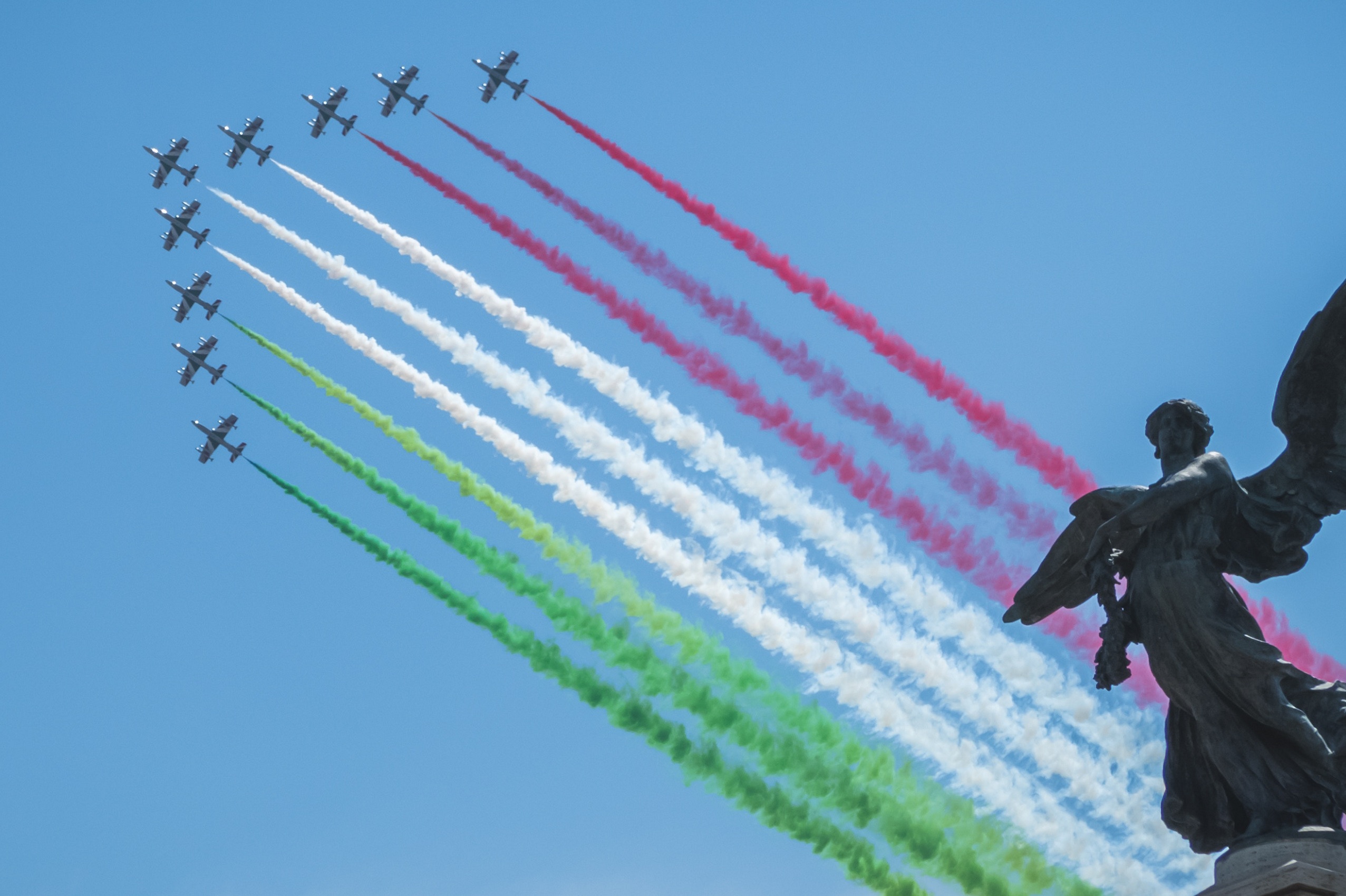