/ Business / Is Money Killing Music? What the Royalty Battle Means

Is Money Killing Music? What the Royalty Battle Means

Stars as varied as Jean-Michel Jarre, Blondie and Nikki Sixx are lining up to warn about the state of the future of music. Internet streaming and royalty rates are cutting the heart out of the business, they say. Mark Beech speaks to all sides.

Scene one: Jean-Michel Jarre is sitting in a dimly-hit inner sanctum in his record company office in London. He’s here to promote his new album, Electronica Two, but he has something else on his mind. Jarre, who doubles as the president of CISAC, a group that speaks up for copyright owners, says music has never made as much money. “The problem is that authors and creators have never got so little.” 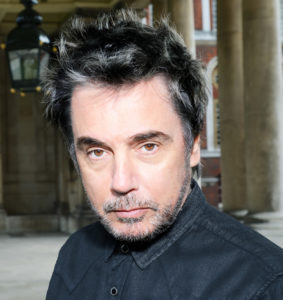 Scene two: A few weeks later. Nikki Sixx wants another chat with me. We have most recently been talking in a London club about the new album by his band SIXX:A.M. and the final live shows by his previous outfit, Mötley Crüe. He was relaxed over dinner in the club but now he is fired up over Google, urging it to pay artists more when their songs appear on its video-sharing site YouTube. He urges the tech giant to remember its former corporate slogan “Don’t Be Evil” and stick to the current motto of “Do the Right Thing.” The bottom line, he says, is that the music industry is being raped by theft and greed.

Scene three: Chris Stein, the guitarist from Blondie, is on the phone to me. Sure, he is here to talk about his unseen photos of Debbie Harry but the band has also recently joined the same campaign as Sixx. “The music industry is still trying to figure out the changeover into digital and streaming,” he muses, “away from physical entities of recorded music, away from cassettes, CDs, DVDs and vinyl records. Yes, there is an upsurge in vinyl, but it is a really tiny percentage of what is going on, compared to downloads and streaming. Something must give.”

Scene four: Adele is playing the first date of her world tour in Belfast, Northern Ireland. We watch as she starts the show with her famous video with her opening eyes and Hello. After the gig, we journalists have to rush back to our hotel rooms and review it. For those writing about the music business too, there is much talking to promoters to try to work out income. Adele is the exception that proves the rule: her concerts may generate $150 million, we were told. (Later, it emerged that in the year to June 2016 she probably made some $80.5 million, according to Forbes.) What is interesting, though, is that Adele’s album 25 was launched in physical format and only made it to streaming platforms in full in late June. In other words, she gained most by staying offline – with only Hello leading the charge and getting billions of streams, if you combine YouTube, Spotify and so on.

Scene five: A news release lands in my inbox from the BPI —the record labels’ association which promotes British music. There’s good and bad news. On the one hand, it emerges that one in every six albums sold worldwide is by a Briton. On the other hand, the release is chock full of warnings: the surge does not mean increased revenue, it says, because of “market distortions”. Advert-supported platforms, in which YouTube is the dominant player, followed by the likes of Daily Motion, contributed only 4% – a measly fifth of that from audio streaming services such as Apple Music, Spotify and Deezer. 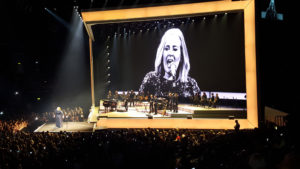 So what the heck is going on? The first thing to say is that all these artists have their own takes on the issue. While most want an increased payment, there are differing takes on how to deal with it – the combative, the conciliatory. Jarre urges musicians not to moan and engage positively with the money men. Other stars are frustrated and are using concert stages to roundly denounce Google co-founder Larry Page, who, they say, has not taken the trouble to publicly reply or even acknowledge the open letters from A-list stars. The sort of criticism he gets for this involves a lot of words like “autocratic” and “arrogant.”

A group of stars including Katy Perry, Jon Bon Jovi, Lionel Richie and Rod Stewart united to call on President Barack Obama to reform the Digital Millennium Copyright Act which protects YouTube for material uploaded by others.

The second thing to say is that Google insists that it is listening and claims no other platform gives back as much to the artists. 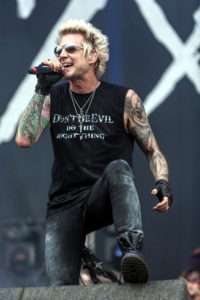 James Michael wearing the campaign t-shirt onstage at the Download Festival in the U.K. Photo by Enzo Mazzeo via Outside Organisation PR

For the consumer, it may seem great. Say, I want to remember my youth and play that one-hit wonder song once again after years, chances are I can go to YouTube and I’ll find a version – maybe with a bad-quality video or an amateurish photo collage, but there it will be. I play it once, realise how awful (for example) In the Summertime by Mungo Jerry really was and don’t need to play it again. But yes, Mr Jerry (Ray Dorset to his friends and cohorts) don’t do as well for royalties than if I bought a new Greatest Hits CD, a CD single or downloaded it off a bigger network, and I am sure they would like to have a nice pension. Hypothetically Mungo Jerry could spot the stream and have it removed or Google might spot it as a copyrighted tune or it could be claimed and the band gets a tiny pay-out. However, if not, I have enjoyed (legally) the fan’s upload of the song (not illegal) and Mungo Jerry gets just about nothing – quite legal but not exactly very fair.

Jarre, sometimes said to be one of the highest-earning artists in music, is more than the man who brought us Oxygene. He also has a good business brain – Jarre Technologies, which makes dock speakers for i-devices, is just one of his sources of wealth.

He thoughtfully strokes his designer stubble as he sets out his vision, which goes much wider than Google: “We have to invent a business model for the 21st century.” Spotify is in his sights too: “Its value is more than $8 billion and yet the majority of artists at the end of the year get the cost of a pizza without pepperoni.” This lack of generosity will crush dreams, he says. He pointedly references the song “Exit” on his latest release. The track has whistle-blower Edward Snowden asking “If you don’t stand up for it, then who will?”

The man who is seen as a Godfather of electronica and worked with a huge number of artists on the latest release points out that home recording means teenagers can cheaply make music and release it, though they compete for attention with so many others. Kids are giving up on their dreams because there is absolutely no income from it, he frets.

Weeks later, and Sixx is following the exact same train of thought. The bassist in a band, famous for its sexual, alcoholic and drug-addicted excess, is now a reformed character and comes across as eloquent, thoughtful and plain-speaking: “I have a friend’s son who is extremely talented. The parents told the kid, ‘you need to give up your dream, because there is no money in the music industry.’” That kid could be the next star, he says. 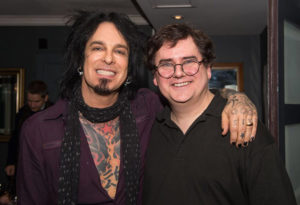 Google is very defensive. It says it has paid out billions, happy to talk to labels and publishers and has had licencing deals in place with them for years. It does not rely on digital laws but actively makes payments.

The digital industry as a whole says it tries to responsibly use copyright, though it is increasingly difficult. Whole albums, box sets, movies and libraries are being put online. As fast as breaches of copyright are reported, the material is shifted to another server. Plenty of pirates in non-western countries aren’t paying a low royalty. They just steal and pay nothing of course.

So is the industry doomed? Ultimately, this is part of a much bigger picture of what happens with Internet freedoms. If content is pirated and made available for free, then all providers may suffer: authors, journalists, publishers, information providers, film makers, artists. One hopes that technology is going to make the future brighter, not endanger jobs and creativity.

The industry isn’t totally doomed but the outlook doesn’t look very rosy for it in its current form. Thousands of new artists may struggle to be heard and to make a living. The only model for many will be to combine music or authorship with more regular work to pay the bills – the old-fashioned “day job”. There could well be a massive divide between the unfortunate mass and the lucky few who get record-company resources and advertising thrown at them. It is especially worrisome when the gap between those who make it and the best of those who don’t is often very small – it’s often a matter of luck, wealth to be able to build up a career and connections.

I put this to Jarre, who nods his head but says it’s not totally hopeless. A lot of Internet bosses “are more sympathetic to our case than politicians,” he argues. “Look, not so long ago they were kids like us. They like music and art. It’s not in their interest to kill it off. They want to be seen to be helping it to grow.” 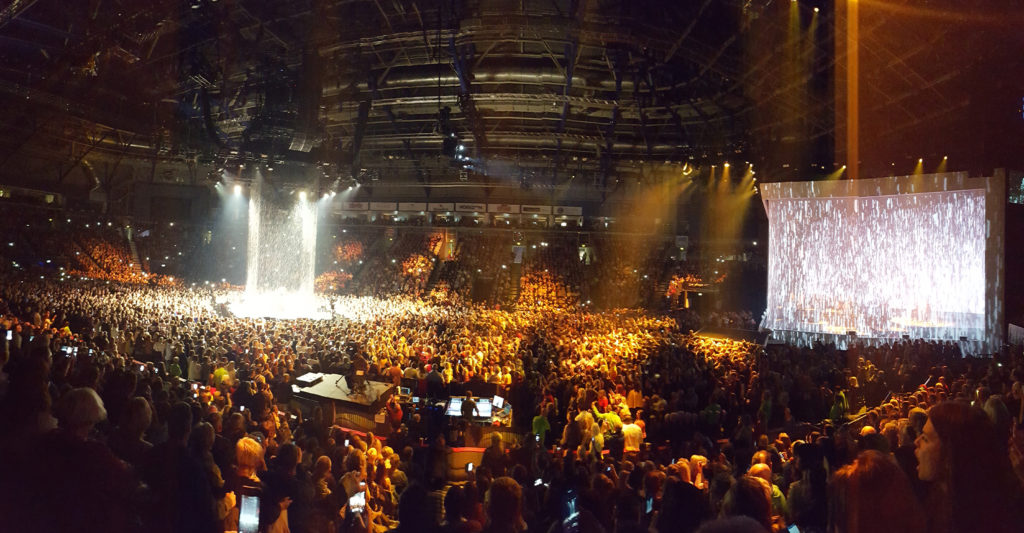 DANTE is in larger @whsmith and independent retailers 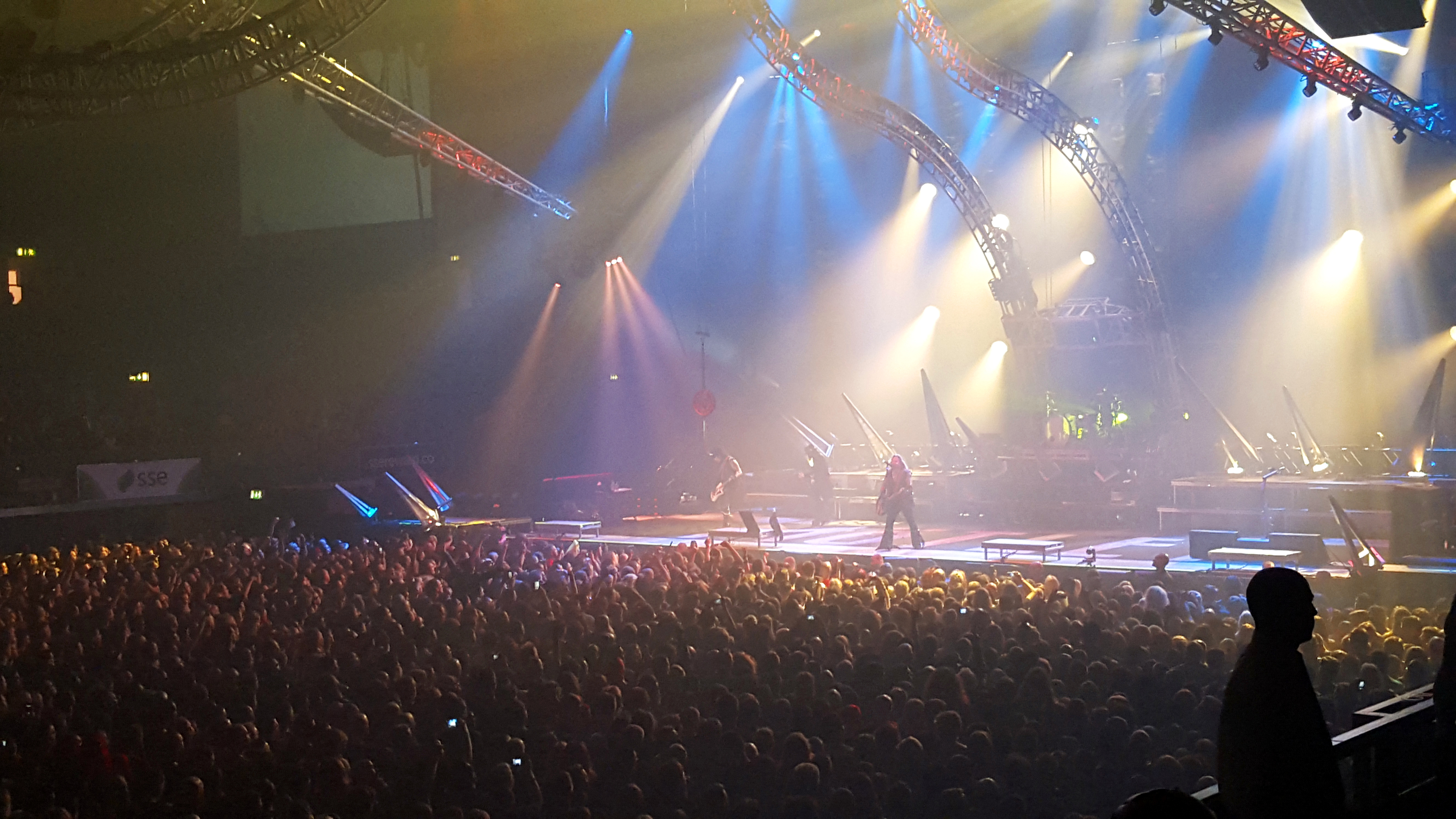