Kevin Regan has made more correct predictions than Nostradamus – but he’s appealing for more crowd wisdom. If Trump and Brexit don’t spook stocks, what about Marine Le Pen? 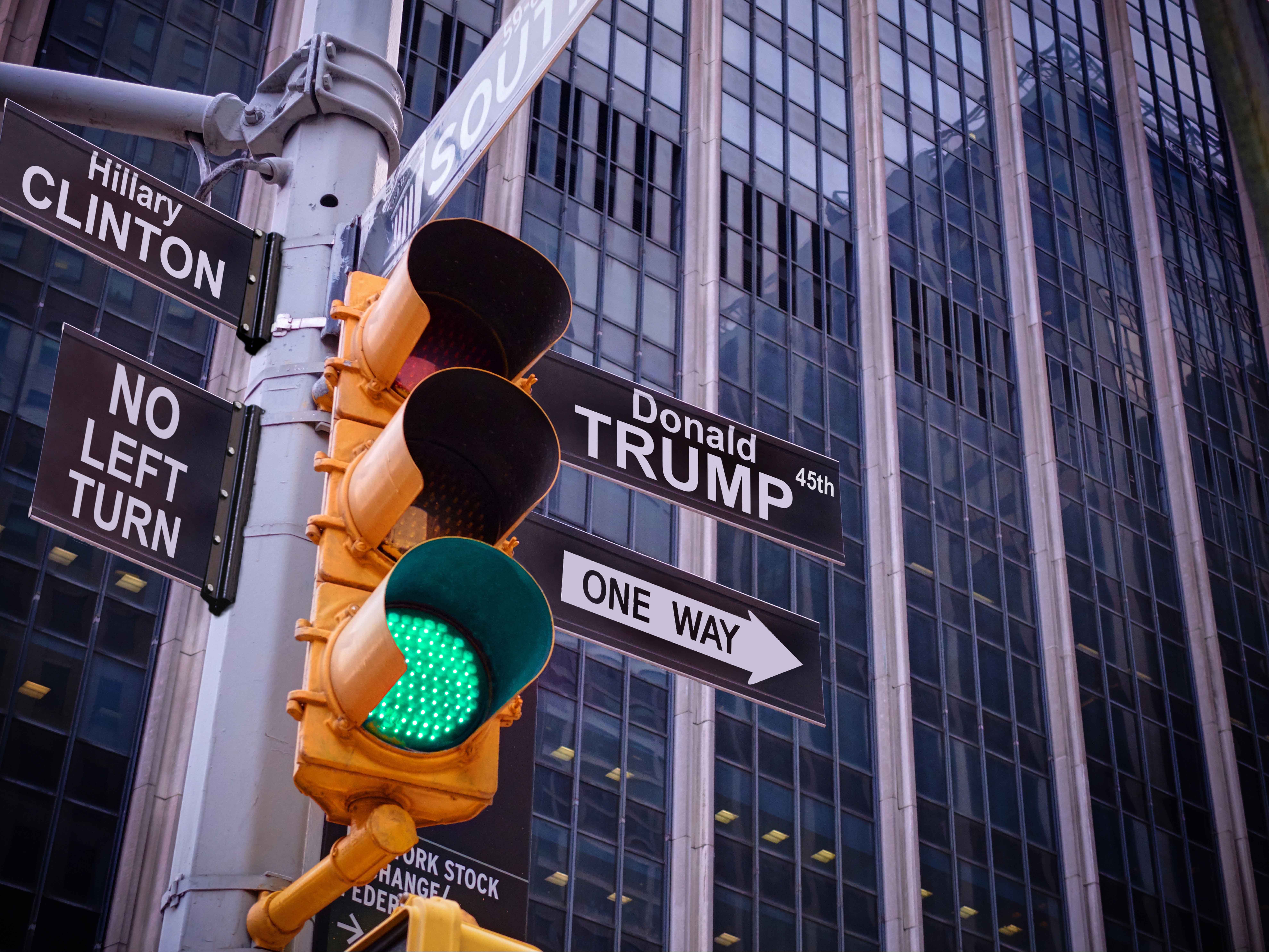 The U.K. government has potentially the fight of the century on its hands, striving for a deal that will shape the country’s economic positioning in the world for possibly the next 50 years. Incidentally, that’s the same Britain that these high-profile players and also their families live and work in.

I understand their reasoning and agree with many of their issues, but when political point-scoring meets our mandatory existential positioning stance head-on, it is dangerous and self-defeating territory for all. 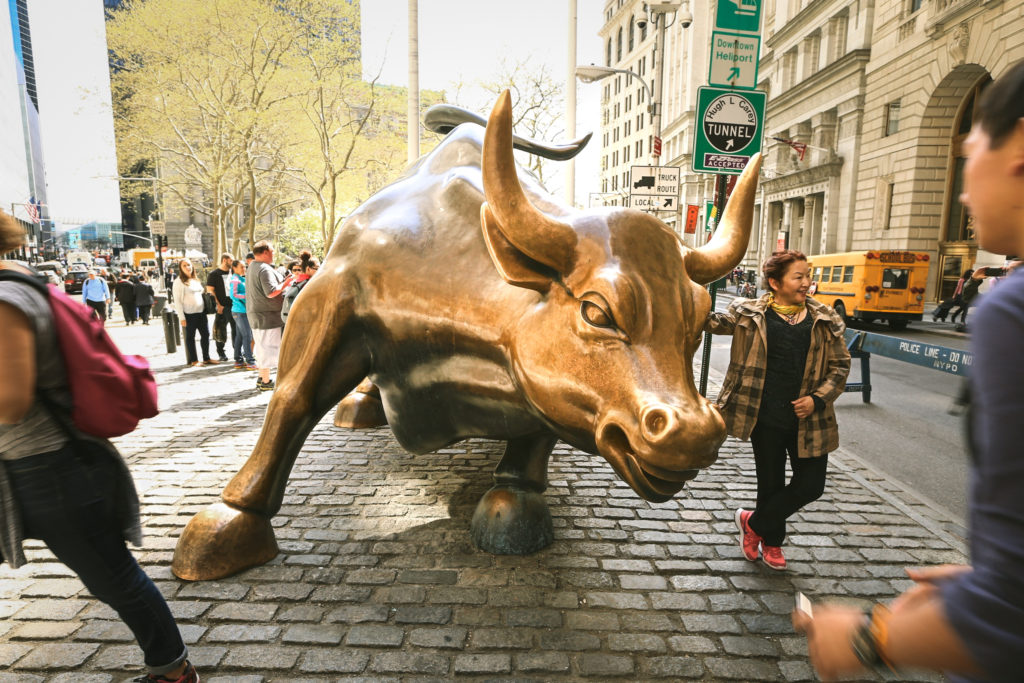 Something similar may be occurring in global financial markets.

Markets have had a marvellous start to 2017. Global equities by and large have performed well, including the emerging markets of Brazil, China and India. Central to this rally has been the U.S. equity market juggernaut, which continues to power on.

It’s an accepted market phenomenon that markets can climb even the highest “walls of worry”. The more dire the news you throw at them, the better they seem to perform. 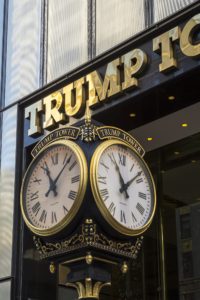 A bull market in full flow will choose to ignore unfriendly market and economic banter that may normally act to undermine market sentiment. Instead, we see good news cherry-picked and the bad stuff largely ignored.

However, markets have a habit of walking investors to the edge of a cliff and then pushing them over when they least expect it.

On the way down, they will ask themselves: “why did you push me over the edge of the cliff? I thought you just wanted to show me the view?”

This is where we may be now in our relationship with markets; being led to the edge of the cliff, presumably to be shown the view. 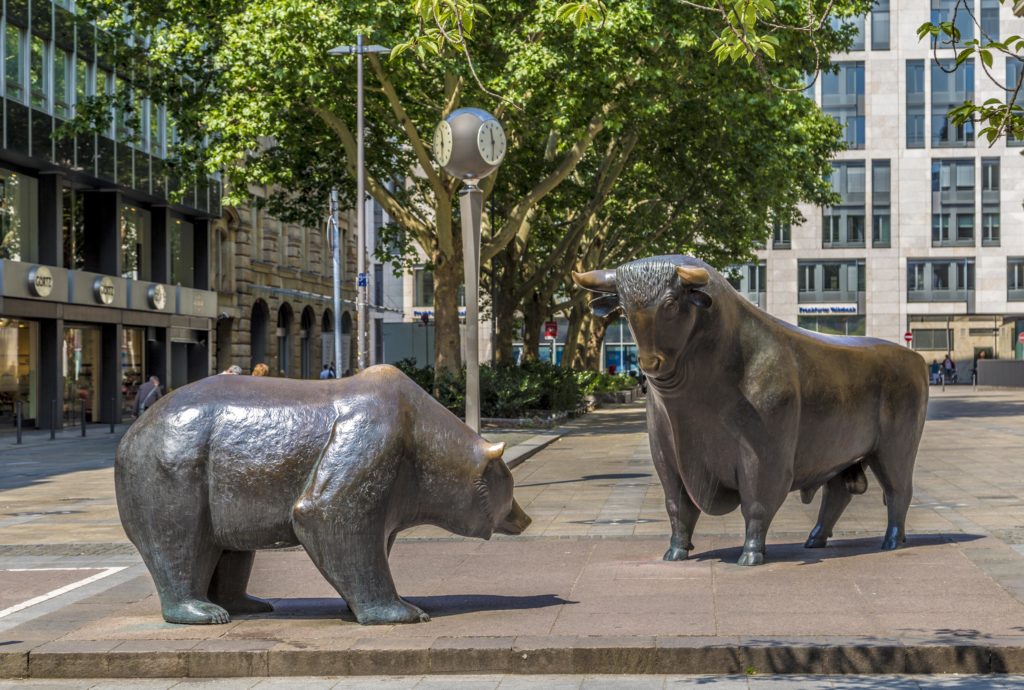 With market volatility so low, where nothing seems to shake markets, investors everywhere have their guard down and this is where I urge caution. 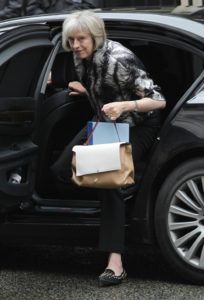 Markets are mean-reverting, of course. The tricky issue here is that we don’t know at the time whether it may take only a few weeks or months to recover, or if it’s a secular bull trend that has come to an end, it could well take a decade or more.

The key is to avoid being a forced seller once a downturn is in full flight. If creating some cash now proves to be too early a move, investors should take solace from their 80% or so market exposure that remains in place.

I retain my long held strategy of value investing. I look for, and hold, strong global businesses with solid balance sheet metrics where it is highly likely the dividend will be maintained through the entire economic cycle. Healthy margins on their products and services should result in a healthy return on capital. Across the U.K., Europe and the U.S., many such companies thrive and are easily identified. Access to them can be through holding individual stocks, or one of the many exchange-traded funds, ETFs, or active funds that do a very good and disciplined job in identifying and managing them. 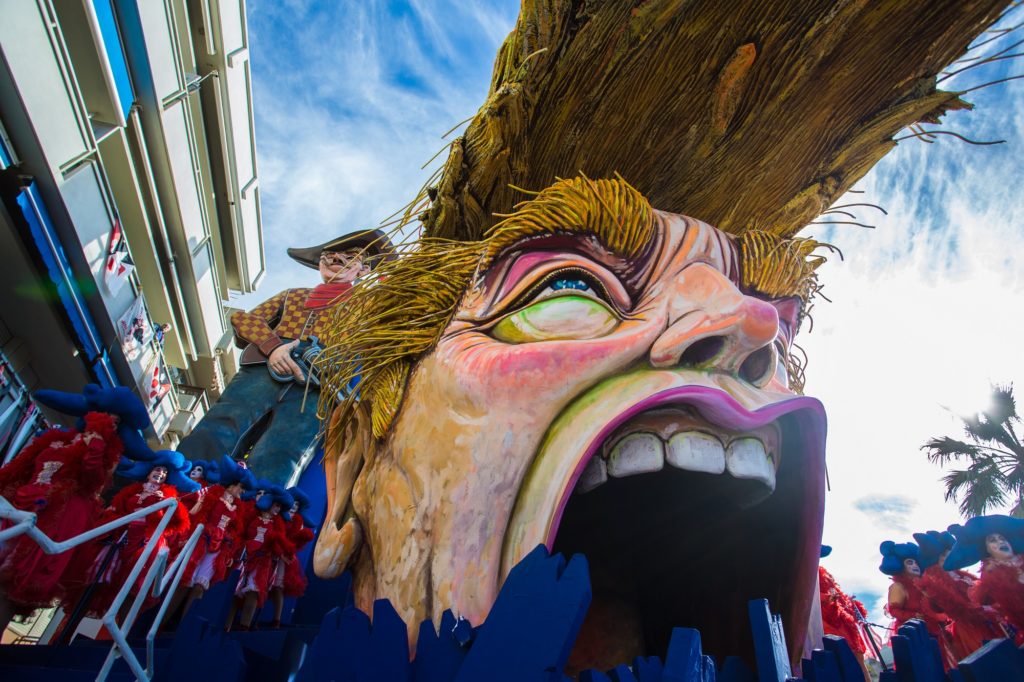 Such companies will most likely fall in value far less in a downturn than say low to zero dividend-paying growth stocks in the tech, new pharma, and biotech sectors.

Aside from mainstream value equities, I remain overweight in gold miners and commodity stocks (large, established companies with manageable levels of on-balance sheet debt). I remain with a core position in Japanese equities, and in emerging markets I like India and Brazil.

I remain underweight to zero exposed to all things ‘bond-market’ and commercial property!

My global currency exposure is concentrated in U.S. dollars and sterling with minimal exposure to the euro. 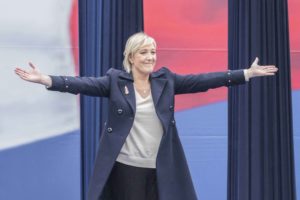 As just one example of an event that will cause heightened nervousness during April (though I try to keep politics out of my columns), the likelihood of Marine le Pen winning the French presidential election is low but not negligible. If she did win, the global market reaction would make the Brexit shock resemble a children’s birthday party being held on a slow, hot lazy summer’s afternoon. Global financial markets would embark on a wild and frightening ride.

The euro may crash as France tries to untangle itself from the single currency. German government bonds (bunds) will likely rally hard as investors move to own something that would be redenominated back into Deutschemarks, a currency likely to be worth far more than a euro.

Banks may likely be under pressure, with bank runs across Europe as investors rush to switch euros into other currencies, as well as looking to move deposits to countries they perceive as having a stronger banking system.

Admittedly, it may not be all bad. French domestic equities, and possibly many European corporate equities (except those in the currency-bounce countries of Switzerland, Austria, Holland and Germany) may be in demand as the prospect of a new and weaker French Franc will make French companies attractive in other currency terms.

Conversely, a win by somebody other than Marine Le Pen – Emmanuel Macron is the most likely victor – could lead to such a stunning cross-Europe equity and currency relief rally.

What happens next really matters. We cannot predict the future, but some methodologies may be more effective than others. Being better prepared with your finances, should something unexpected happen, is within the control of all investors. Think twice before following popular opinion; do what is best for your own personal financial position. 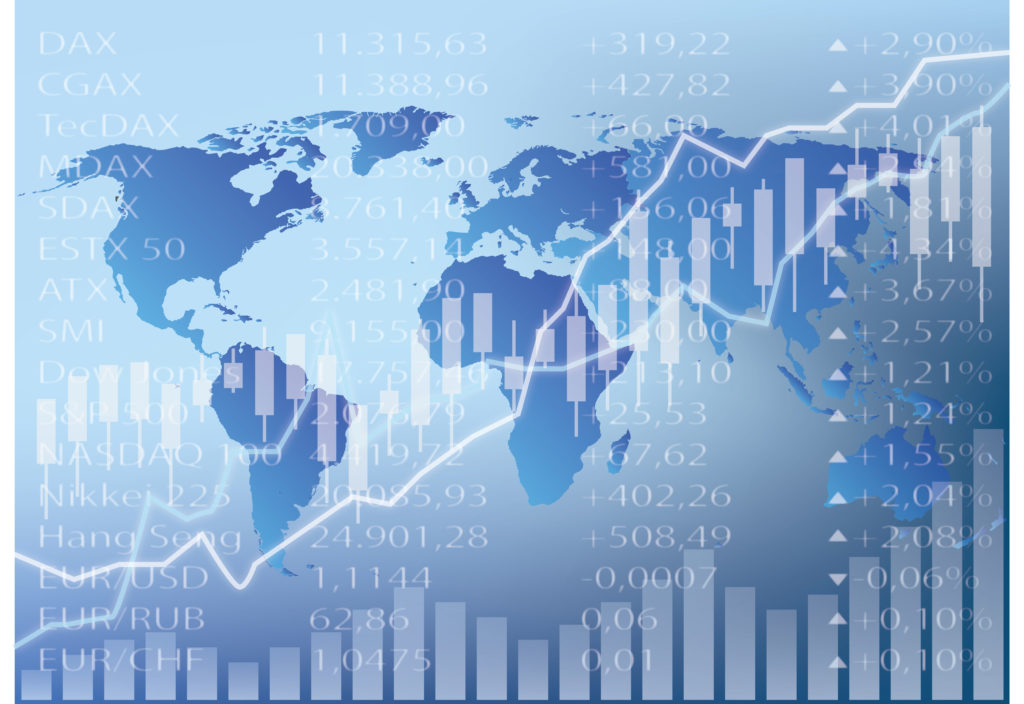 If you are so inclined to be part of a worldwide crowd that wonders if their collective view on such financial outcomes may lead to the establishment of potential early warning signs, then I invite you to follow our crowd forecast experiment at realworldcap.com. Here, questions and forecasts are being made over the possible chances of the very market outcomes described above.

Realworld Capital’s is working in collaboration with almanis.com, the public site of their parent company, Dysrupt Laboratories, a world leader in collective intelligence.

Together, Dysrupt Laboratories and Realworld Capital are running an experiment to see if the crowd is more accurate in predicting trends and cycles across financial markets rather than relying on so-called market experts. We are looking to establish whether crowd-forecasting can be a reliable tool to ascertain what might happen next.

Twenty-five questions, addressing all major asset classes, have been running since January 1st, with three more relevant questions added at the end of February. The worldwide crowd continually signal (and occasionally leave comments) on how they see the likelihood of what may happen next. This data is now building and gives us a rare insight into how everybody is thinking.

Please come and be part of the crowd and sign up through either realworldcap.com or almanis.com. Observe along with us at any time the developing signals and early warning signs that may reveal what happens next in financial markets. 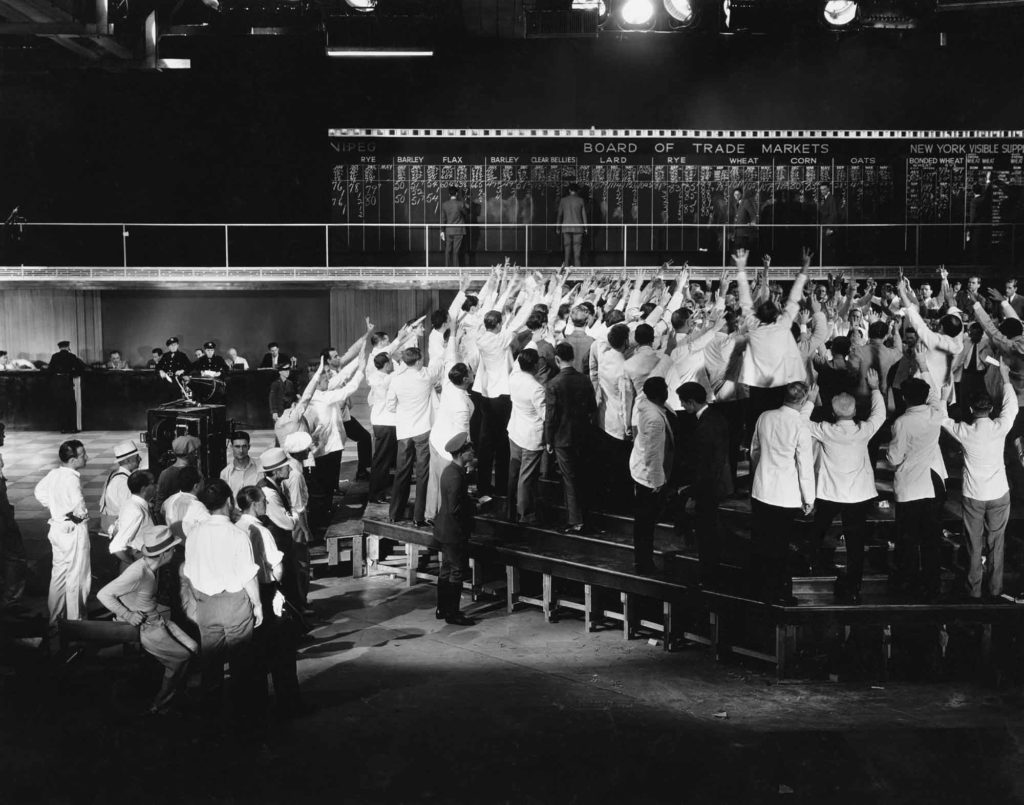 If you do happen to find five minutes, please follow join the crowd on www.realworldcap.com. There is no cost to this, and you will be able to follow the crowd signals across all key markets and determine whether future signals, like the crowd signals we received in 2016-7, begin to tell us a story as to possible future market trends. See also http://www.almanis.com/ and http://www.dysruptlabs.com/