/ Business / Stripped Naked by the Hackers

Stripped Naked by the Hackers 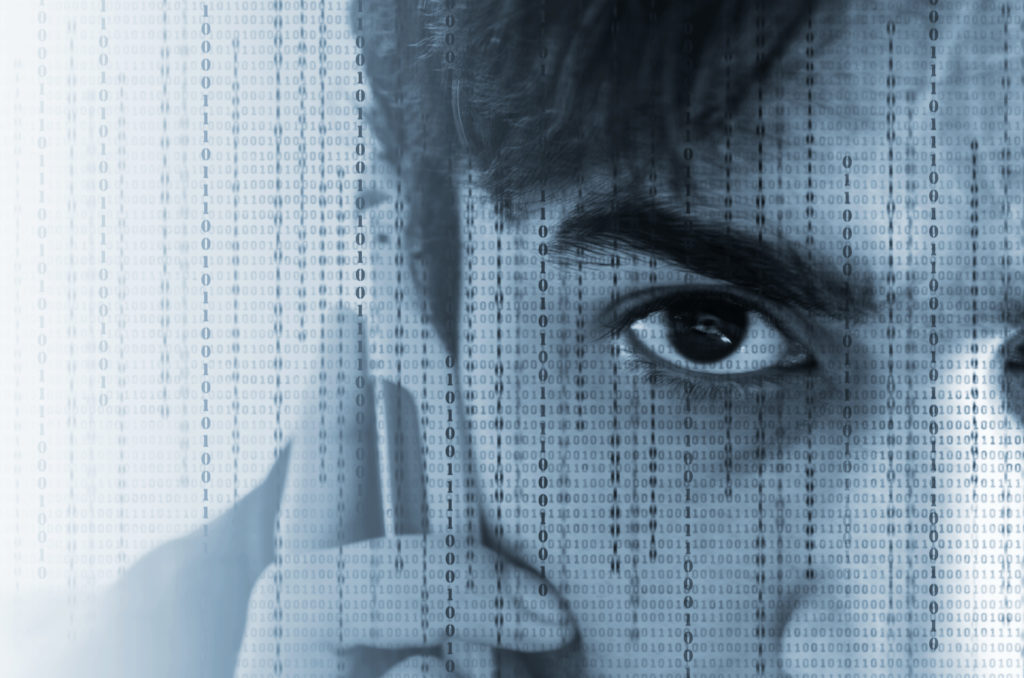 Everyone knows hacking affects individuals and companies and it is growing. But Fabio D’Apice surveys the facts and shows how psychologically devastating it can be.

This much is obvious: We live in an age where, unfortunately, data breaches are becoming more common with each passing day.

Such data breaches increased some 30% in 2016, according to a study by the Identity Theft Resource Centre reported by 247wallst.com. There were 980 data breaches reported as mid-December last year, eclipsing the 781 total in all of 2015. That 2015 number, by the way, breaks down to roughly 169 million compromised records throughout the year.

Of course, it isn’t just major businesses that are the target of hackers these days. Home users have a lot to worry about, too. Personal breaches often go under-reported, but that doesn’t make them any less damaging. Clearly, laptop computers nowadays contain more than just our personal information. You’re talking about personal items like photos, videos, files and compromising data in general. But even take all of that out of the equation – what you’re really talking about is an intrusive violation of the highest order. Imagine how you would feel if someone broke into your home and rooted around in your personal belongings while you weren’t there. Now, remember that someone doesn’t even have to set foot into your house to do much more harm to your life by breaking into your laptop.

But even going beyond the literal theft, you’re also talking about something much more important: your own mental health. This is a concept often under-reported.

This type of violation, even if someone was only doing it “for fun,” is a massive compromise of your life. It has almost immediately devastating psychological effects. Taking data that was always intended for private use and sharing it publicly makes someone feel exploited. 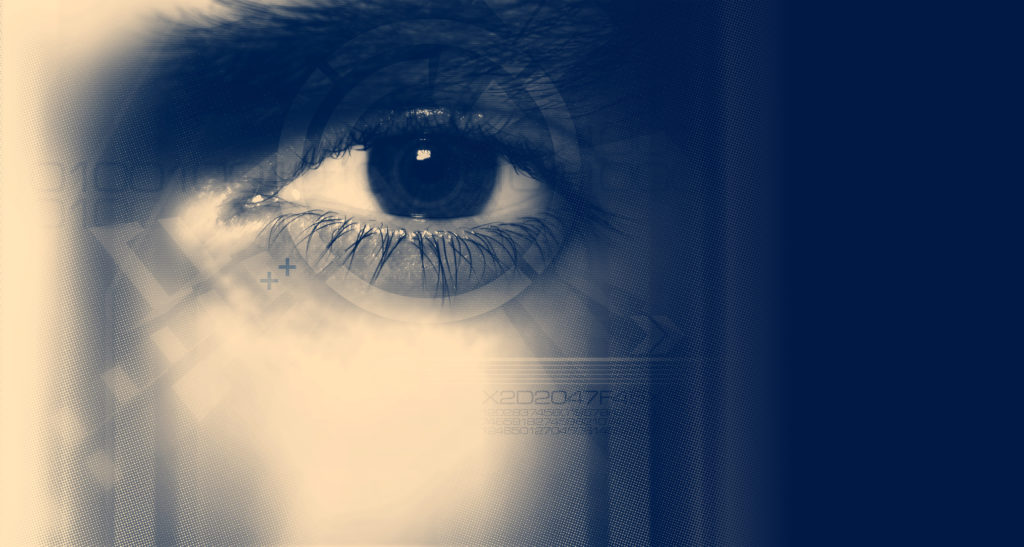 The World We Live In

Take celebrities, for example. Prince William, Jude Law and many other big names, we know, have all been the victim of high profile hacks. Then, there was the famous iCloud hack of 2014 – exposing the private lives (and often compromising photos) of dozens of high profile celebrities to the world. You may see someone like Jennifer Lawrence get exposed for all to see and naturally think “Well, she’s a celebrity. She naturally lives a lot more of her life in public than I do.”

Sadly, this is irrelevant. Remember that Lawrence, Law, or the Duke of Cambridge were ultimately just relying on the same levels of cyber protection that you were. If anything, what was stolen wasn’t merely limited to nude photos or credit card numbers or social security information. It was the peace-of-mind that came with “knowing” that your private life could possibly remain that way in today’s modern environment.

Part of the issue has to do with the fact that thanks to social media, it’s difficult to truly discern between private and public information. The answer to the question “how much of the private life should overlap with the public life?” is an answer that will ultimately come down to the person, but this doesn’t make the sacred ground of the private life any less important. Everyone needs to feel safe behind closed doors. Unfortunately, thanks to the ubiquity of the Internet in general, those doors may have been torn down for all time. 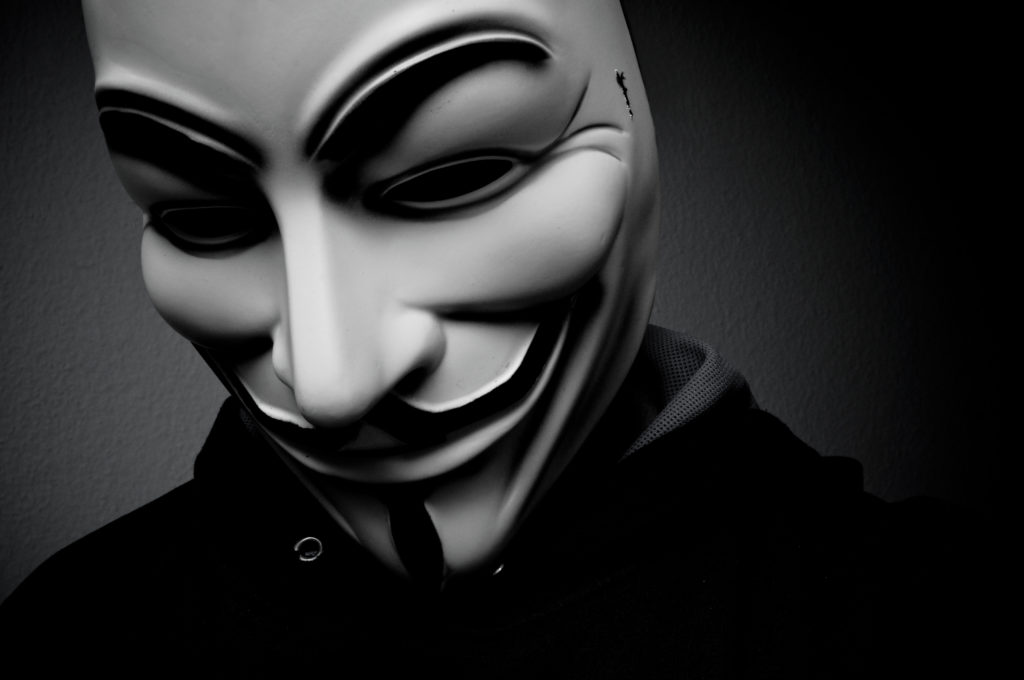 The Psychological effects of the Cyber Intrusion

A team of researchers from the University of Haifa recently conducted a study about this very concept. They found that being hacked – even what some would consider to be a relatively minor incident – can have “grave physiological effects upon a person’s mind and body.”

During the study, test subjects were asked to sit in front of a computer and fill out a questionnaire. While doing so, the terminal they were using was “hacked” without the subjects being told that this was just part of the experiment. The results were fascinating – stress levels began to rise almost immediately, as did levels of the hormone Cortisol in their body.

Stress was not the only by-product of this incident. However, even after they were told that they hadn’t been “hacked” in a traditional sense, anxiety lingered for some time. The people in the group who were hacked indicated that they continued to have stress about their own personal security and that they were very worried about future attacks. This was completely contrary to the control group in the experiment who didn’t experience the “hacking” part of the study. The control group felt almost no stress or anxiety about the future of their personal security before, during or after the experiment.

It’s also very important to note that even if you are not an explicit victim of hacking, you may still be vulnerable to these and other types of psychological issues. Many studies have been done that have revealed that even if someone you know in your personal life has been hacked, you may easily still start to feel some of these effects yourself, with a heightened level of anxiety almost immediately. This can often manifest itself while you’re sleeping, similar in concept to the way memories influence your dreams. This in turn could also affect the length and even quality of sleep that you’re able to get – thereby negatively affecting your emotional and psychological health in a number of other ways, too. It is hard to feel surprise that this could affect sleep, though the extent of the stress is revealing. 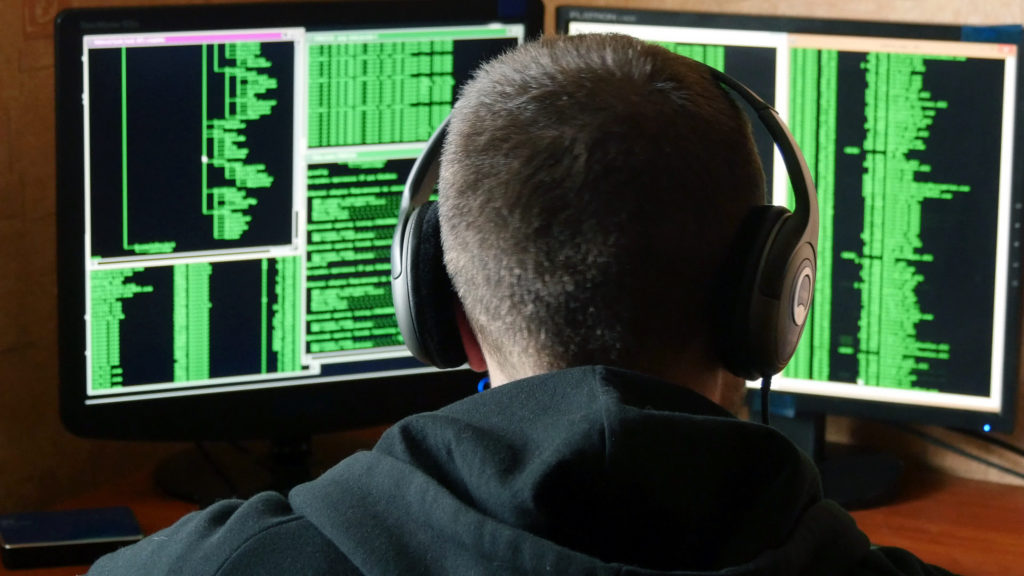 In the End: Looking Towards the Future

Hacking as a concept isn’t going anywhere anytime soon. If patterns are any indication, this is one problem that is going to get worse before it gets better. Being hacked is more than just about losing important files or documents. It’s about the feeling that your personal security has been taken from you. It’s about feeling like you’ve been stripped naked by your attacker, exposed for the entire world to see.

This is completely understandable – in many ways, it’s human nature. At the end of the day, this really underscores the importance of cyber security in general. Not only is confidential information like your credit card or social security number at stake, but your mental and general psychological health could be in jeopardy, too. 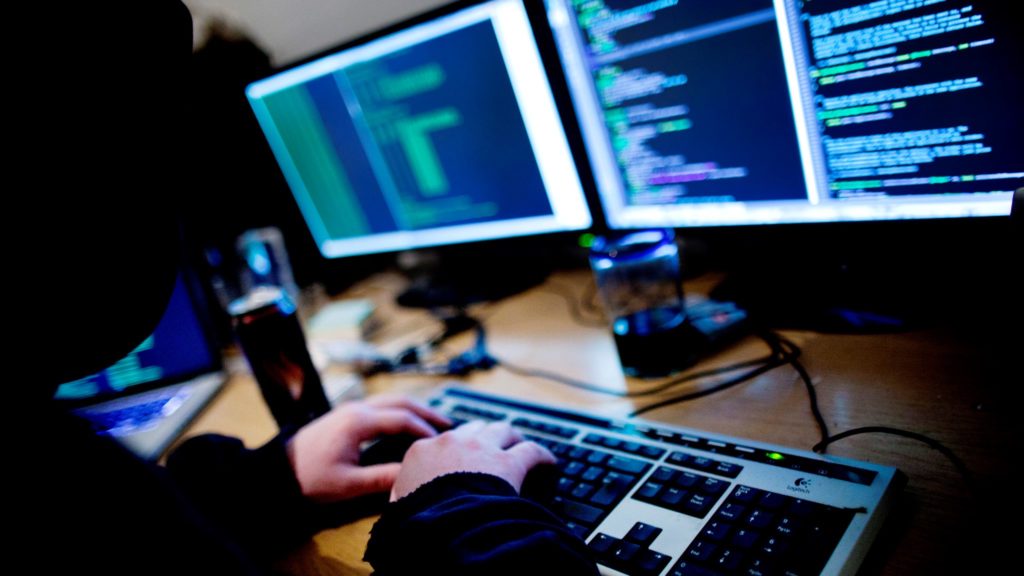 As a Cybersecurity Coach I work with individuals and organisations that have been hacked to help them recover and restore a sense of trust and security. With organisations I study the psychodynamics that develop after the hacking has taken place. Sometimes these dynamics are the reason for employees’ absenteeism, resignation, and stress, and this can create additional cost for the company. One needs to constructively rebuild the boundary that has been physically and psychologically breached and exploited so that the people involved can regain confidence in their activities and start to produce at their best. 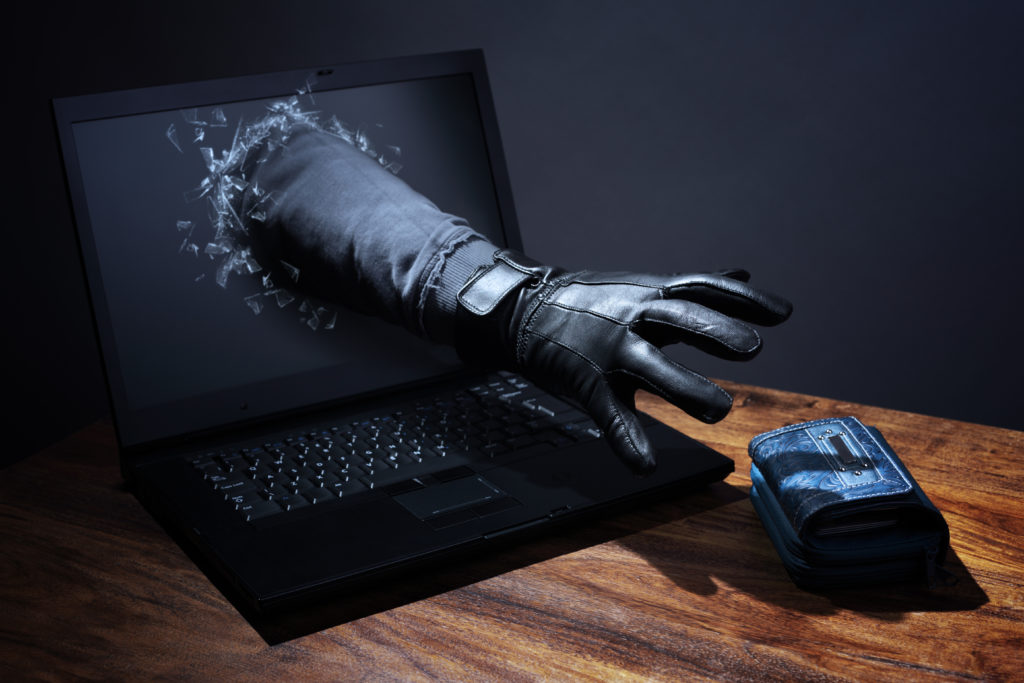 Stealing a purse through a laptop concept for computer hacker, network security and electronic banking security

Fabio D’Apice is an Executive Coach, Organisational Development and Group Dynamics Consultant with a background in Engineering, Psychoanalysis, Cybersecurity, and Human Behaviour. He is Executive Director of ISPSO, and Director of Centro Coaching. For more information: www.centrocoaching.co.uk 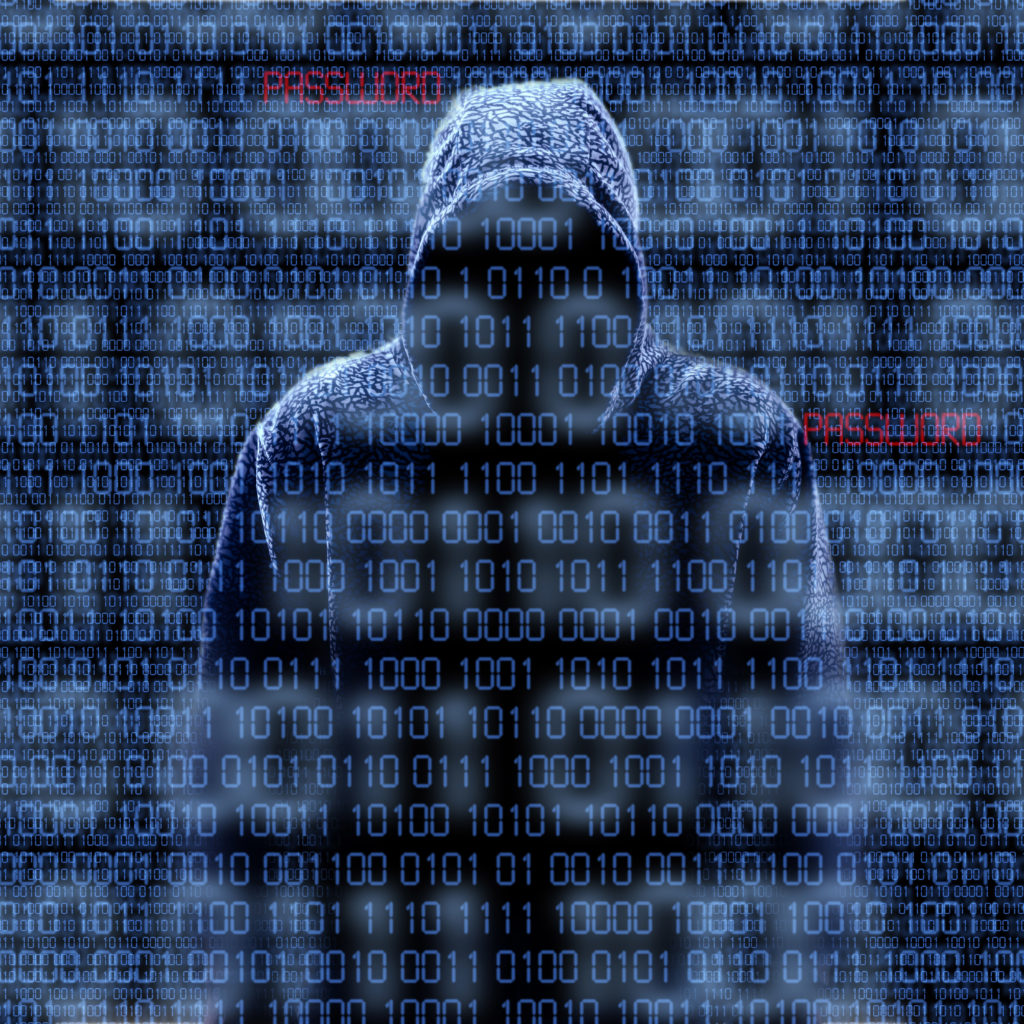