The Art of the Aperitif

Veneto writer Sofia Cavalli delights in the socio-historical relevance of the institution that is the aperitif and shares with us her version of the popular spritz. 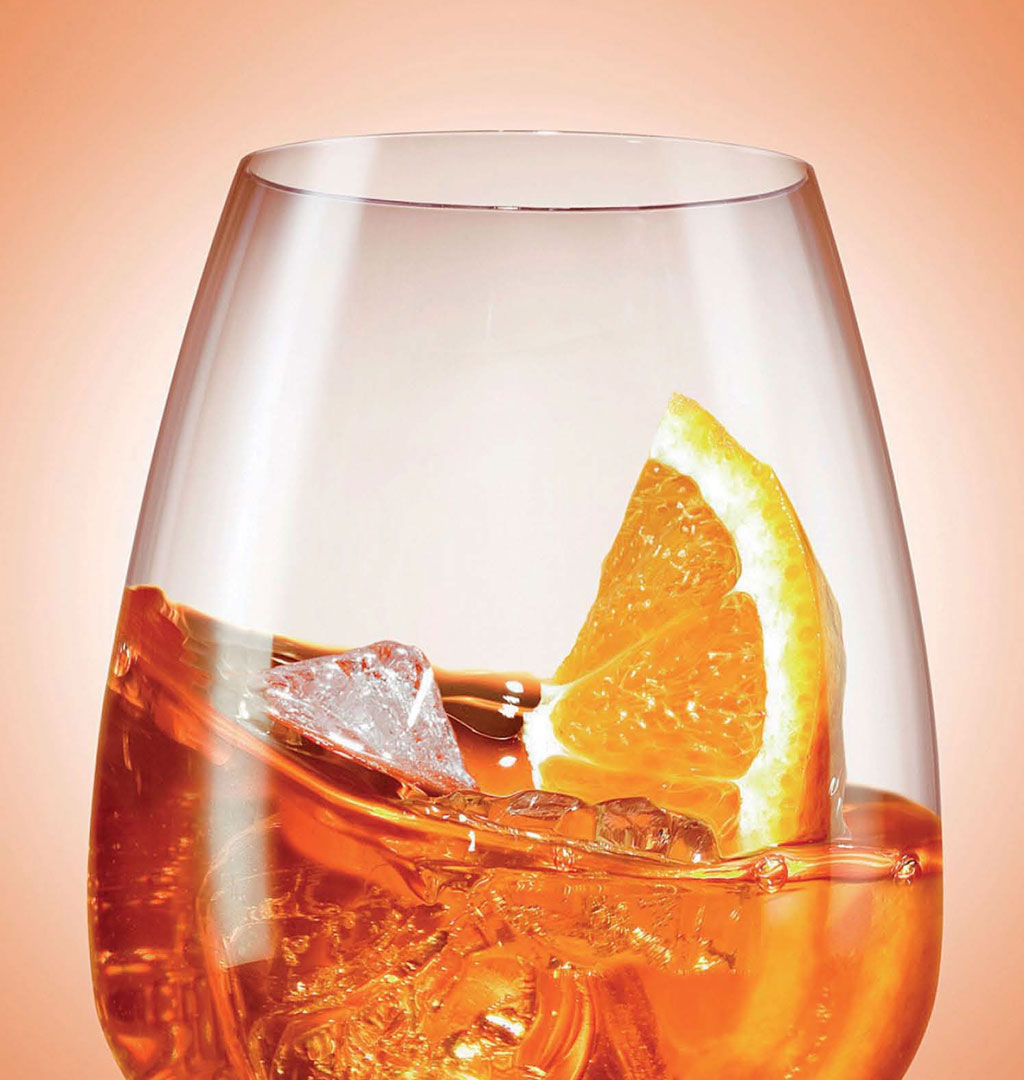 Why is wine so cherished by “homo socialis”? An in-depth answer to this question – even if a definitive one existed – one which could fill page after page of some serious paper. I won’t hide behind how complex the answer may be, so I will start with the obvious: wine helps relationships. Not only because of its potential for euphoria but also because it creates conversation, one of the building blocks of culture. Of all the alcoholic drinks, wine is ascribed the added attribute of refinement and elegance, a conversation topic both sacred and profane. Wine – and permit me to insist on this point from hard-evidence – is the perfect drink for people meeting up, because it combines the expression of taste with the highest fruits of working the land, with the powerful side-effect of being a source of endless fascination.

So in terms of social mixing – or better put, of sociability – my premise is that humans have a social side to them and their relationships with others are fundamental for their psychophysical well-being, unless you’re a mystic and a hermit, of course. However, if we observe the circumstances and the methods they use to socialise in fact, we can see how wine and beer – and, more recently, cocktails – are today, as in the past, the connective tissue of social interchange, the loom frame of relationships, the alchemical element of conversation. 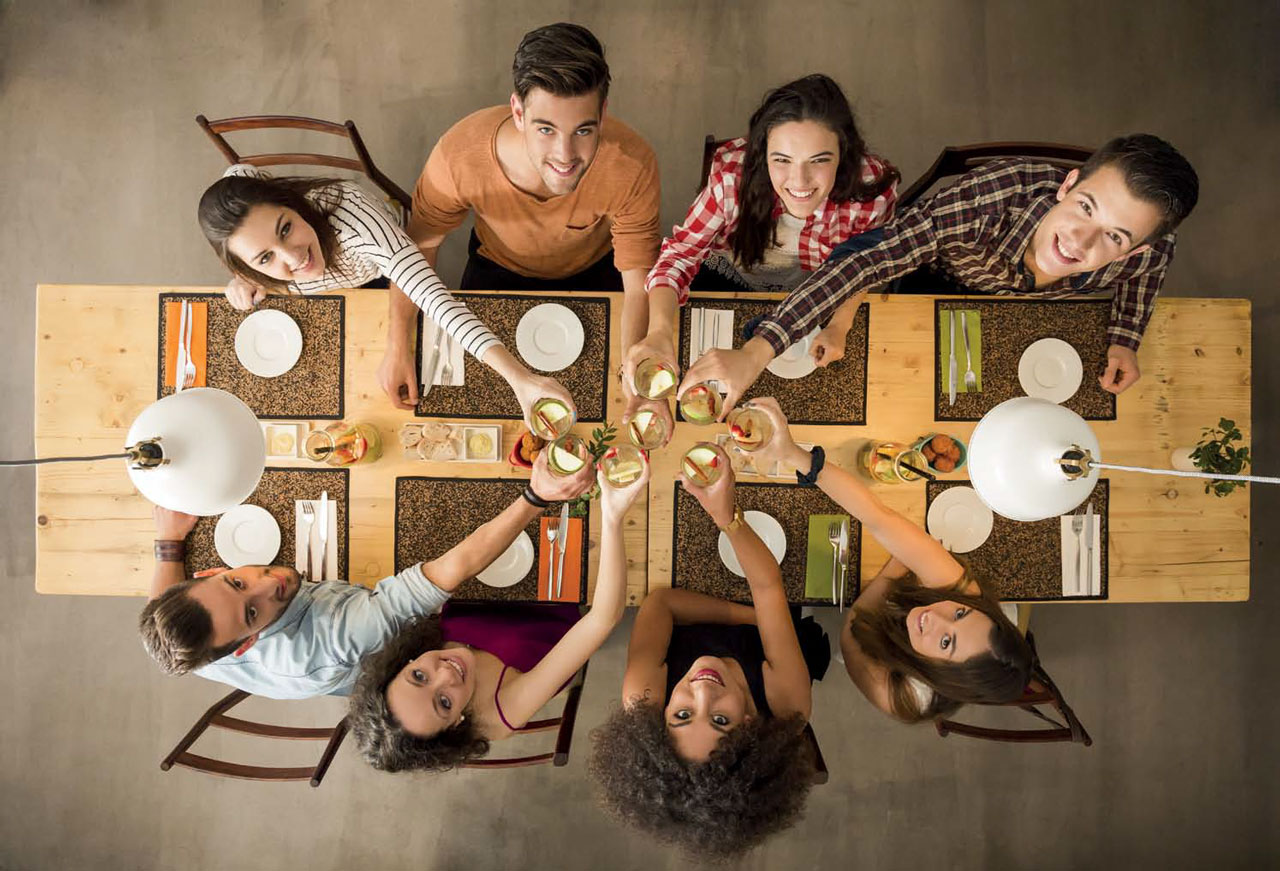 Unfortunately in the same ring but in the opposite corner, we see how the human ego develops forms of alcoholic addiction, as a cover for insecurities , or worse, as a magic potion that makes things vaguely interesting that are patently not.

I personally note with dismay how young people – and the not so young – bypass the cultural and recreational aspects of drinking – and, yes, the psychoanalytical ones, too – and throw themselves recklessly into a state of disturbing and futile drunkenness, perhaps subconsciously attempting to wipe themselves out. These scenes of violent over-the-top bingedrinking could provide material for any writer of tragedies.

And so this brings me at this juncture to praise the most moderate but still joyous ritual of the Venetian aperitif – definitely not in celebration of drunkenness but rather conviviality at its most garrulous and, yes, at times rumbustious, yet never without good sense nor senseless.

Let’s see, then, what exactly an aperitif is: etymologically it is something that opens (cf. ‘aperture’), referring more precis

ely to starting the activity of eating, an appetite stimulant. 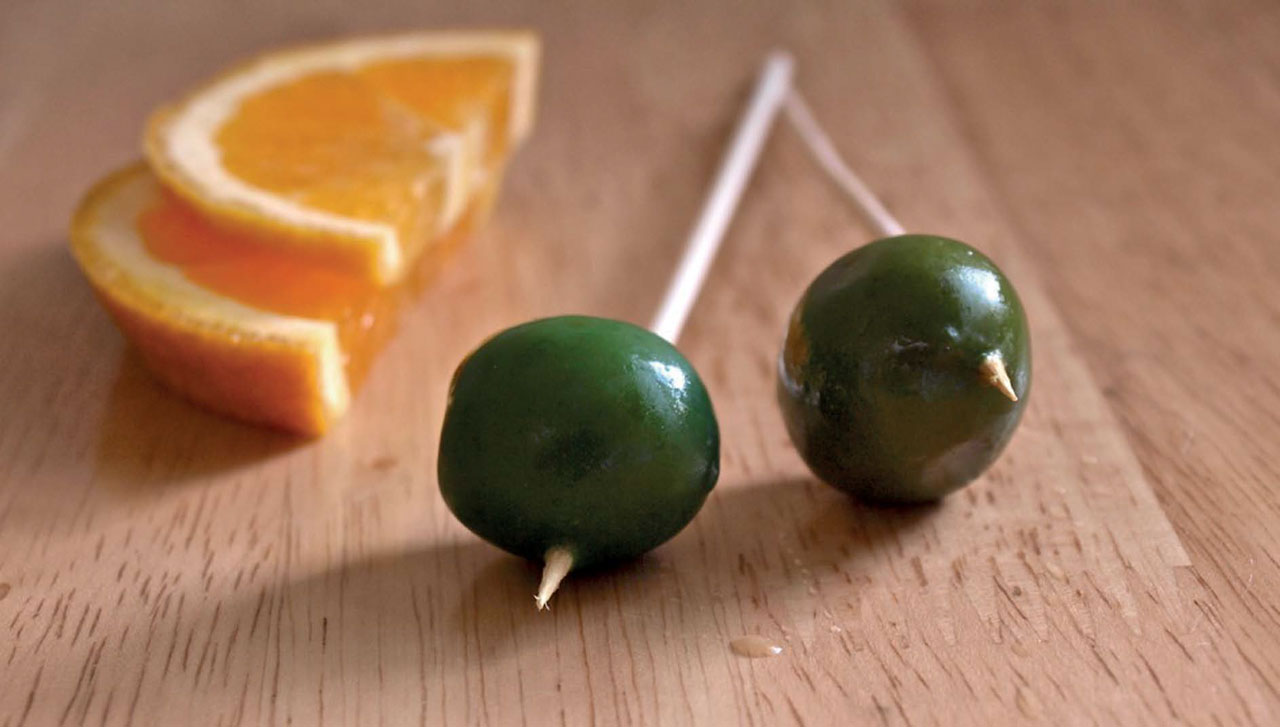 The meaning, however, has an added metaphorical idea of opening a new phase in the working day. Indeed, an aperitif, more than anything else, is a precise moment in the day that rings out like the bell for mass. It’s a time and place before dinner, having stopped working for the day, that suspended moment when chilling takes over from stressing, and on the way home you stop off at your favourite bar, meet up with mates – faithful fellow observers of the rites – and you do a work-out of socialising that is as genuine as it gets. Not to the point of getting plastered, no, there are other things to do at home like taking the dog for a walk or giving your partner quality time – but finally just to relax in company, have a great laugh together, share the mood music of the sunset.
In the Veneto, we don’t drink wine so much for our pre-dinner aperitif (better for the meal proper) but a spritzer, especially the original version: white wine with a bit of fizzy water, plus a slice of lemon and some ice.

And for those shuddering at the thought of watering down a noble prosecco, I urge you to put aside your prejudices and look at it from its socio-historical context. Actually it appears it has Germanic origins: Austrian soldiers, unable to deal with the high alcohol strength of Veneto wines, sup-posedly diluted it with sparkling water, precisely to avoid any premature or unwished-for inebriated state. Moreover the word “spritz” is related to the German word “spritzen”, which means ‘to spray’. However it is likely the custom of mixing water and wine had its roots with the early Veneto people. And it still has today, right up to elderly pensioners who from morning to evening “move on to spritzer time” with no signs of getting drunk – in fact, the opposite, their creativity is improved, as well as their scores at their tres-sette card game!

In any case, irrespective of how it’s made, whether just neat wine or with fizzy water, the idea of the spritzer is to let your consciousness gently dip into wine’s intoxicating ef-fects but without being overcome by it and dip into the joy of sharing a drink. Isn’t that a mouth-watering prospect?But if we’re talking Venetian aperitifs there’s one nowa-days we can’t fail to mention and that is the best known variation, the ‘macchiato’ spritz. If the so-called ‘straight up’ one is wine and mineral water or Schweppes, then this one adds some bitters like Campari or the more famous Aperol, which was created by Barbieri Brothers in 1919 in Bassano del Grappa (Vicenza). It’s low on alcohol with a bittersweet taste, made from being infused with oran-ges and ‘other’ herbs – the actual ingredients are a closely-guarded secret.

It was an instant success and became a firm favourite of many Italians, greatly helped by an ad where the come-dian Tino Buazzelli would cry out “Ah Aperol!” The jingle sang its praises: “It’s the low-alcohol aperitif for people who do things in moderation, sportsmen love it, its thirst-quenching, fresh, it’s a lovely ray of sunshine”. And there was sexy Holly Higgins and her raunchy mini-skirt which in the eighties told us how cool it was to drink Aperol!

To recap then, a spritzer has almost become a set of so-cial gestures, a code of behaviour which has spread way beyond just Italy. But it is in the Veneto where its roots grow he deepest, enriching the region’s artistic and cultural he-ritage. In fact, visiting Venice and its surrounding inland towns, including Verona, Vicenza, Treviso and Padova, you won’t be able to resist the charms of its squares and promenades, its dolce vita, where the spritzer is its proud standard-bearer.

In conclusion, the basic ingredient to any aperitif is, in ef-fect, to have the right spirit. When it’s joyous and unbur-dens the cares of the heart – or, better still, of the mind – having an aperitif becomes pure therapy: it takes us out of ourselves so as to enjoy the company of others and really empathise with them.

I remember those times having aperitifs with friends in the shade of our campanile as the most care-free and joyous moments of my life. And still today for me it is a sheer delight, an occasion to pleasantly while away time, just putting on standby for a couple of hours your ‘personal growth and objectives’ and all those things you have to do and just manage to play the happy-go-lucky giddy-goat, without a care in the world, yet still keeping a strong hold on reality. 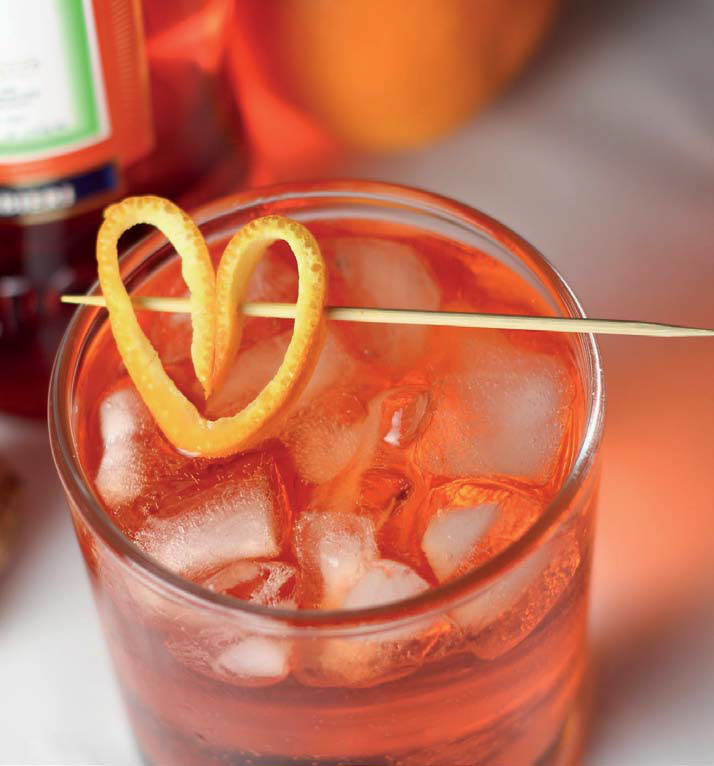 For an authentic Veneto Aperol Spritzer – use a good old-fashioned tumbler with a couple of ice cubes:

Traditionally an aperitif is served with nibbles, which are there to cut your hunger or to soak up some of the alcohol. You can literally let your imagination run wild here and anything goes: from crisps, peanuts, olives or cut sandwi-ches. However if you really want to take in the whole ga-mut of Veneto wine and food culture, why not complement your Veneto spritz with polenta crostini with any of your favourite toppings. Enjoy!