/ Art @en / Dante Recommends: Howson Paintings to go Under the Hammer at Fellows

Dante Recommends: Howson Paintings to go Under the Hammer at Fellows

Some of Scottish artist Peter Howson’s finest works are coming up for sale at Fellows Auctioneers of Birmingham on May 23.

The 14 works, including charcoal drawings and paintings, are striking if not shocking and once seen unlikely to be forgotten – maybe likely to be bought. The sale is at the Fellows Jewellery Quarter saleroom.

Howson, born in 1958, is renowned for his images, many of them influenced by his childhood hometown of Glasgow. He will become better known from sales such as this, for his focus on male, working-class figures. His keen perception of the human condition shows through in large scale works replete with social and political imagery, redemptive and religious themes. His depiction of St. John Ogilivie is a centrepiece at St Andrew’s Cathedral in Glasgow.

There is something of all sizes, catering for all tastes pockets, with estimates from £500 up to £60,000. They range from an eight-inch scene depicting demons to a seven-foot crucifixion. 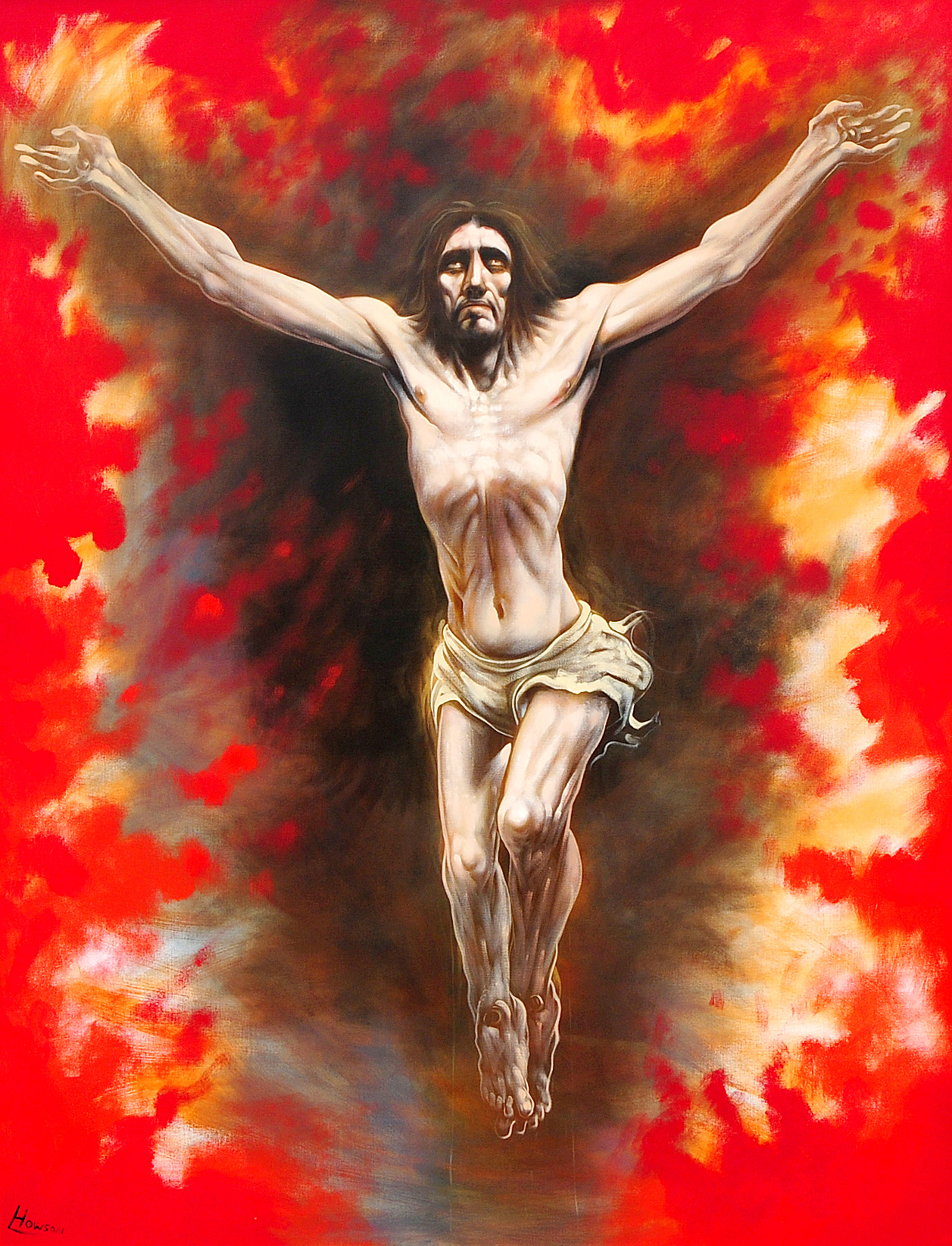 This piece, the top Howson lot, shows Christ on the Cross surrounded by flames and a red sky. It was previously exhibited in 2013 at the St. Mungo Museum of Religious Life and Art, Glasgow, where it was hung in the same location as its precursor, Salvador Dali’s iconic “St. John of the Cross.”

There are also a range of portraits of muscular male figures, some with backgrounds suggesting industrial or urban locations such as a kiln, smoking factory chimneys or towerblocks, with price estimates in the £2,000 to £6,000 range.

Howson trained at the Glasgow School of Art in the 1970s. He was commissioned as the official British War Artist during the 1993 Bosnian civil war, depicting the atrocities of the conflict, often from the victims’ point of view.

All paintings in the collection have been on view in London and will be in Birmingham from May 19 to 21 with viewing prior to the sale.

Dante thanks and recommends Fellows: