“James Joyce 1906-1907: The Ambiguity of Epiphanies”. by Giuseppe Cafiero (translated by Simon Knight)

A fascinating and provocative literary fiction exploring the forgotten year that Irish author James Joyce lived and worked in Rome, enjoying an extraordinary love-hate relationship with the eternal city.
Frustrated with his life in the quiet Adriatic harbour town of Trieste, James Joyce decides to move to Rome with his lover Nora Barnacle and their little son Giorgio, to take up a steady job there. However, Joyce’s hope for a bright future is soon dimmed by the heady incense of this most Catholic of capitals, and he quickly begins to loathe its vulgar ritualism and liturgical pomp. To Joyce, Rome is ghastly – ghostly even.
In “James Joyce 1906-1907:The Ambiguity of Epiphanies” Cafiero’s nuanced writing brings to life a little-known, poverty-stricken and frustrating period in Joyce’s career. Rome – a city of old myths, mummified glories and epic landscapes, set amid ruins and intricate buildings erected in honour of a new century- is presented in an entirely new light through Joyce’s cynical eyes. Cafiero draws fascinating comparisons between Joyce’s native Dublin and his adopted city. Delving into the mind of this literary genius he reveals the months of: farewells, lost loves, desperate needs, innovative writing, linguistic inventions and irreverent investigations that would so deeply impact Joyce’s life and craft. 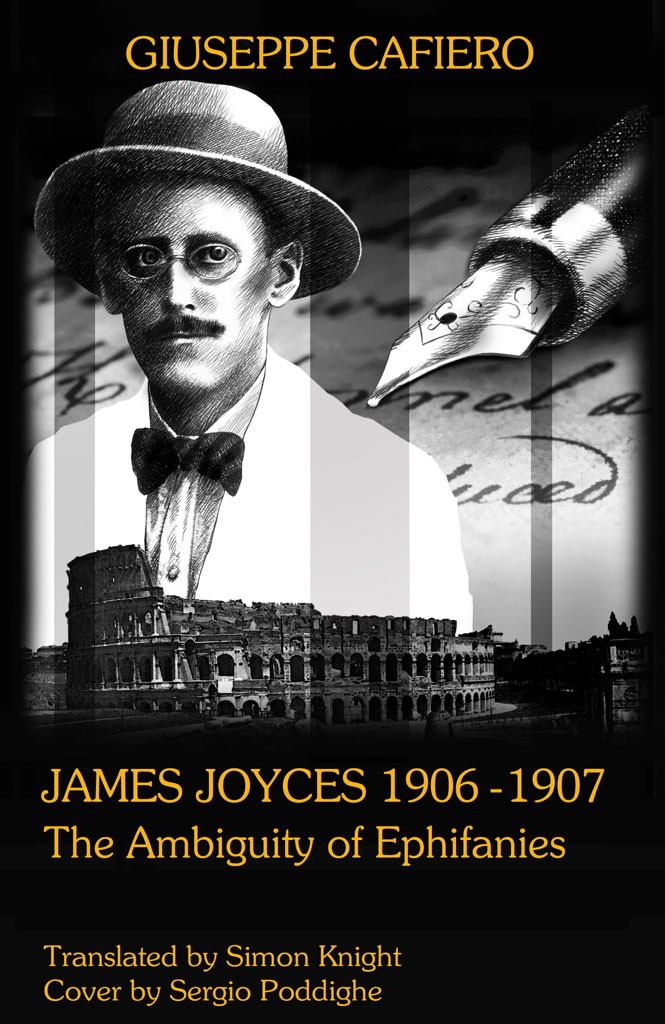 In “Footsteps of James Joyce in Rome” Cafiero has written a short travel and cultural article describing the sites and locations in Rome that were most pertinent to Joyce during the year 1906/1907.
It is a literary journey wandering streets and visiting monuments that James Joyce wandered and visited during his stay in Rome; one that helps us discover a different Rome, much changed over the years but always fascinating, with a history that has made it unique since it has conserved within itself and for itself the splendour of ancient glories.

Joyce’s Rome was a city that slumbered, even while showing itself devoid of veils and modesties, among stalls with fried fish, boiled tripe and charcoal-roasted corn cobs, and with the luxurious magnificence of the Church. Indeed Oscar Wilde, a non-Catholic but papist, called it ‘the city of rustling petticoats, of richly suggestive rituals, of ceremonies that satisfied the senses’. Today it is different, having lost ancient sounds and scents and having rediscovered ancient venues and monuments that seemed swallowed up by time.
A visit to the Coliseum is a must in order to view with different eyes this amphitheatre which Joyce called a white corpse. Upon seeing it, he was overcome with dismay, with a disheartening anguish, and he was unafraid to state that it was merely an eerily silent funereal vestige, the throbbing sign of disquiet, the unconscious lethargy of history. The Coliseum is indeed a vestige, but it is an extraordinarily impressive architectural structure. Elliptical in plan, constructed on an area previously occupied by an artificial lake, there are 80 travertine arches interspersed with half-columns, sculptures, reliefs and inscriptions, while, inside, the terraces host balconies, corridors and access stairs. 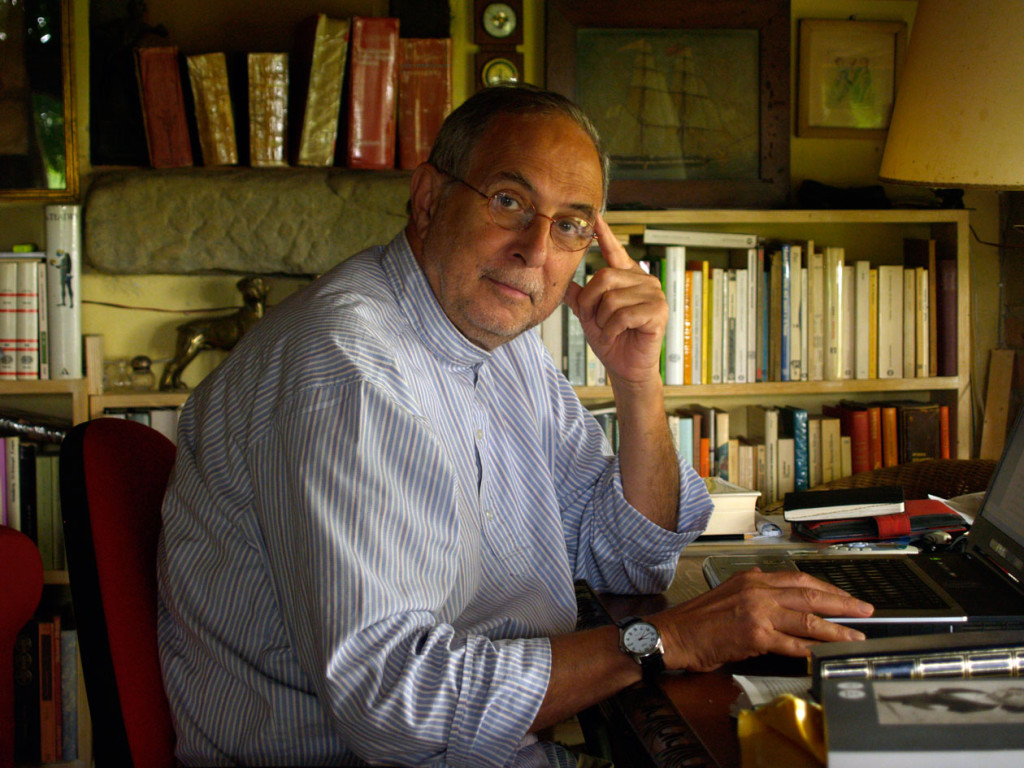 Not far away is the Roman Forum which we come to as we follow Joyce’s wanderings. In search of hidden Roman prisons, he visited the “Tullianum Robur”. Built around 184 BC, it was an infamous place of certain death, of cruel holocaust, where the Numidian Jugurtha, the Gaul Vercingetorix and the Catiline conspirators were imprisoned, to be swallowed by oblivion and consumed by persecution. This place, now open to visitors, is circa 8m by 5m and 3.5m below ground, enclosed by large boulders along narrow, oppressive tunnels. It is the most hidden part of the prison and is reached from a small room above it built with square blocks of tufa. It is additionally fascinating because it was also, for about nine months, where Saints Peter and Paul were held prisoner. This episode, as illustrated by some eighth-century frescoes, instigated the cult of St. Peter as Vicar of Rome.

In the Forum, Joyce spent time and was in anguish for a city which, to him, was a reflection of a past trying in vain to survive the present. Thus Joyce went about counting stones, contemplating the charm of the Atrium Vestae marked by multi-coloured fragments of floor decoration as effigies of wealth and affectation among the coralline breccia ruins. A place made sacred by the Virginae Vestales for the goddess Vesta to be publicly worshipped and honoured by the priestesses who wore vittae (headbands), with the infula (a ceremonial headband), the suffibulum (ceremonial veil) which fell to their shoulders, with a braided hair style called seni crines. Now a large atrium welcomes visitors to this splendid edifice. All around are two-storey columns so that the space, adorned by large basins, forms, as it did then, a home for the benefit of the priestesses. At the rear and the sides there are various rooms, comfortable secluded places to live in as best as possible and large stores where sacred ornaments were kept.
Giuseppe Cafiero is a prolific writer of plays and fiction who has produced numerous programmes for the Italian-Swiss Radio, Radio Della Svizzera Italiana, and Slovenia’s Radio Capodistria. The author of ten published works focusing on cultural giants from Vincent Van Gogh to Edgar Allan Poe, Cafiero lives in Italy, in the Tuscan countryside.
“James Joyce 1906-1907: The Ambiguity of Epiphanies” by Giuseppe Cafiero (published by Australian eBook Publisher, RRP £4.94 ebook) is available to order from online retailers including www.amazon.co.uk . For more information please visit giuseppecafiero.com.