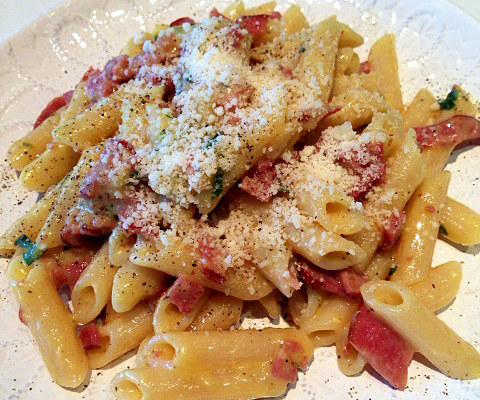 Chef of celebrities Marco Pernini talks about the benefit of gluten-free pasta, and, revealing the true origins of Italy’s fascination with the foodstuff on the way, regales us with one of his own special recipes, exclusively for Dantemag readers.

Before getting to the point of my article I would like to give you a bit of background on how pasta started as a product before it  became so widely associated with the Italian lifestyle and Mediterranean diet.

Pasta  existed in Italy long before Marco Polo made his famous journey to China. In fact  Horace  mentions it in 1BC  when he refers to lagana (or laganum in its singular form) describing  fine sheets of fried dough. Another historian Charles Perry noted that the Arabs  adapted noodles for long journeys in the 5th century  in the first written record of dry pasta ever found.
It seems as if it was the Arabs who  introduced it to Palermo, Italy where the first major production of the foodstuff on a large scale was recorded.  The Spanish colonist  then took  it to the American continent, but major consumption in the USA  did not start till the 1850s with the large influx of Italian immigrants, making it one of the most popular  dishes throughout America.  Since then about 310 specific forms known variably by over 1300 names having been recently documented. The best way to cook pasta is “al dente”, an Italian term meaning literally “to the tooth” referring to correctly cooked pasta as still having some bite to it and not being cooked to a mush. 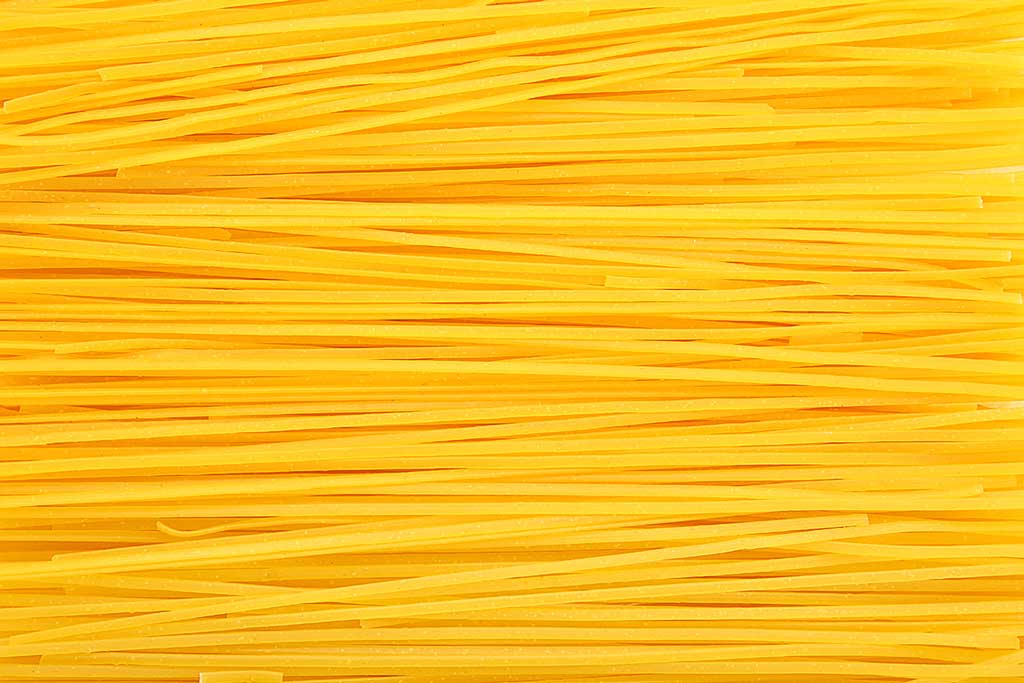 Now more and more these days I meet people all over the world who are into a gluten-free diet; some of them are caeliac disease sufferers, others simply want to stay healthy and light after a meal. Since I have been posting my gluten-free dishes on Instagram and Facebook, the response has been incredible.
Personally, I have been cooking gluten-free meals for a few years now, and it has become second nature to me. Having been a personal chef for mainly world-renowned pop singers for over twenty years, I’ve had to learn the skills of making gluten-free tasty meals for them to stay trim, especially when there was a video shoot or a TV appearance on the horizon, but also to help them improve their digestive system, energy and to stay healthy. Gluten-free doesn’t only mean losing weight; for some it’s a necessity, if they have a wheat intolerance, for others it is just simply a life choice.
By the way, I hear a lot of people saying gluten and wheat free, it’s the same thing. This is not quite true as gluten is a protein found in other staples such as rye and barley but the fact remains if you are wheat-intolerant, you must have a gluten-free diet. 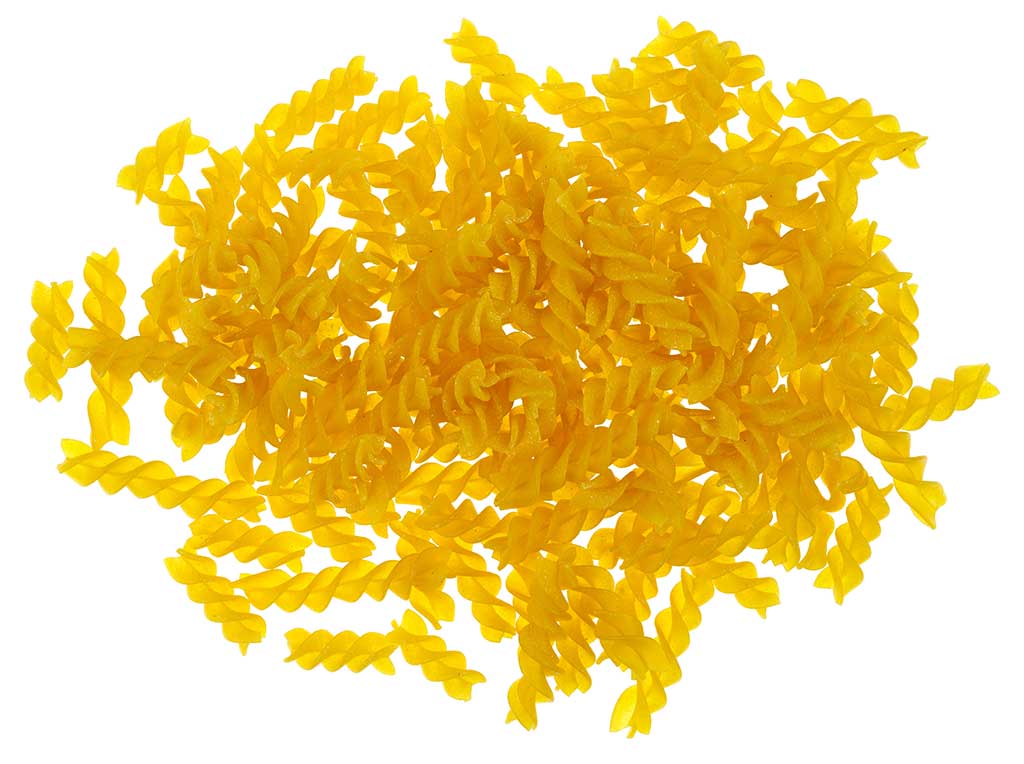 The difference of a gluten free diet to the gluten diet (for a non-caeliac person) is that you won’t feel as full after a meal and this is because the wheat expands in our stomach giving us the sensation of being bloated. So, as a result, when you eat gluten-free, using brown or white rice flour, it’s much easier to digest, giving us a lighter sensation and more instant energy.
I remember in the past it was always a  challenge to find good gluten-free pasta that would not break into pieces after being cooked, but nowadays the quality has improved tremendously. The organic varieties are great and I tend to use the ones made with brown rice flour. 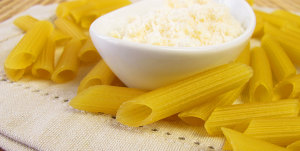 Being Italian and loving pasta myself (I do eat a lot of gluten-free although I’m not allergic to the wheat kind) I want to leave you with a classic carbonara recipe, with a little variation from the normal version; I like to add onions and parsley in mine and I use turkey bacon as it contains less fat than the Italian pancetta (streaky bacon) which is traditionally used.

Cook the pasta in plenty of boiling water – in case you don’t know, gluten-free pasta sticks more easily, so make sure you stir frequently when cooking it.
While the pasta is cooking:
Heat some extra virgin olive oil, enough to coat the pan, add the onion, fry a little then add the bacon and some black pepper, fry until crispy. Add the chopped parsley and cook a little longer 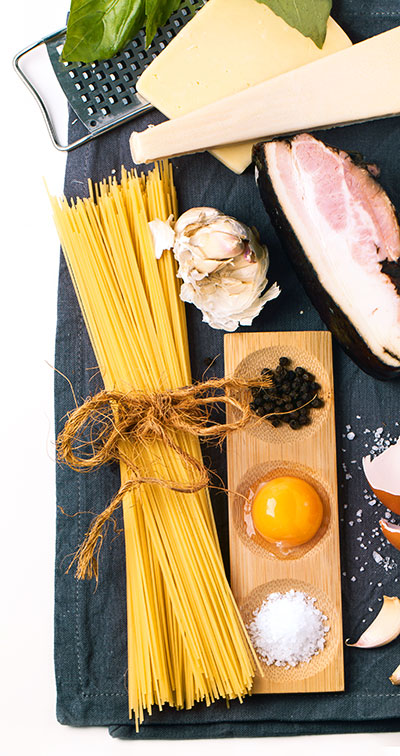 In a bowl whisk the eggs with the cream and grana padano cheese, add salt and pepper to taste. When the pasta is cooked, drain and add to the frying pan with the bacon, mix it together and switch off the heat. Now slowly add – and not all at once – the egg mixture and stir, cooking the egg a little – but not too much or you’ll end up with scrambled eggs. When it starts to firm up, add the rest of the mixture, mix again and serve on a plate with a sprinkling of grana padano cheese on top.