Women have continuously fought to be recognised for their talents but some institutions resolutely refuse to go beyond the surface. Hollywood seems to be the worst offenders, especially for the over-forties. For Dantemag, Philip Rham investigates and discovers how the fight-back has started.

Life in the entertainment business has always been hard, an up-and-down rollercoaster of being in the right place at the right time and letting your obvious innate talent shine through. Alas, it was never thus – I won’t bore you with the statistic that at any one time only 1% of professionals are ever in work. Still, everything is relative, a hierarchy, ranging from fringe theatre, small-scale touring, student and indie films at the bottom, through to the main national theatre companies like the National and the Royal Shakespeare Company or major billing in a prestigious West End or Broadway theatre, arriving at the giddy heights of Hollywood blockbuster films and starring roles in long-running soaps or award-winning HBO series.
Now consider, especially, the lot of women in this mad scenario. Just as in the real world, the fight still goes on for equality of opportunity in the workplace, the boardroom and in the pay packet and it sometimes seems the whole shebang is run by men – take a look at the photos of the leaders at the recent NATO summit at Cardiff to remind yourself that the sparseness of lady leaders means they stick out like sore thumbs. So it is for women in the world of theatre, TV and film and no more acutely is this felt than in the mega-buck driven world of Hollywood. 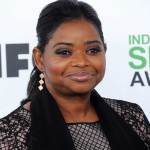 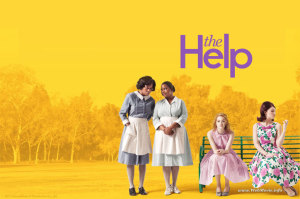 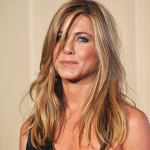 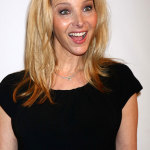 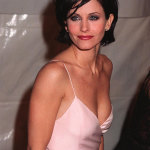 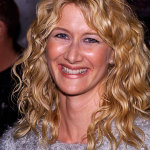 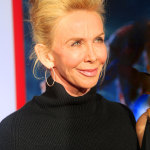 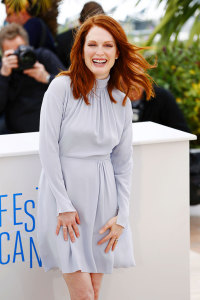 For a woman in LA-LA land image is everything, especially at the start of your career. The executives want young, lithe and sexy “attractive” things to lure into the cinemas what they see as their principal target demographic, namely puberty-driven teens, hooked on computer games, remakes of comic book heroes and wish-fulfilment fantasies. Then again you might still be a good comedienne, kooky and fun but even then you can’t be too gross, you still have to be easy on the eye. Take “Friends” – Jennifer Aniston, Courtney Cox, yes, tick box and then the kooky one Lisa Kudrow, yep, tick box (I mean you wouldn’t throw her out of bed, would you?). Interestingly enough, these ladies are all in their forties now.
That reminds me of a scene from that classic film “When Harry Met Sally”, directed by Nora Ephron, who, please note, is, along with merely Katherine Bigelow and Sam Taylor Johnson, one of the few Hollywood film directors around (last year, just 5% of the 250 biggest films were directed by women, down from 9% a few years ago). Meg Ryan’s Sally suddenly has a blue funk about her life, culminating in the terrified shriek “And I’m gonna be FORTY!!!!” “When?” asks Billy Crystal’s Harry, ever so perplexed. “Some day!”, comes the reply from the sobbing, traumatised Sally. Clearly this milestone is the beginning of the end, the start of an irreversible downward spiral of rejection and failure. This neatly mirrors the subtext prevailing in the casting suites and movie mogul boardrooms – a woman past forty is shop-soiled goods. As one famous casting director, Risa Bramon Garcia, has said, “The problem happens when writers and producers don’t see women as being sexual after 40”. When you see that in black and white, you want to cry out and protest vehemently but, alas, this is the bald truth of the matter. In consequence there are very few leading parts written for ladies over 40. Some react by pouring thousands of dollars into plastic surgery to keep the wrinkles and more at bay, even more pressing now that everything is in high definition. Others have even gone so far as to hide their age, alter their internet biographies, to the extent of suing the famous internet movie database of film actors and their CVs, IMDB. Junie Hoang in 2011 filed for $1 million for revealing her actual age of 41, claiming this would ruin her career. She lost, needless to say.
To add insult to injury, when that magic forty threshold is breached, actresses find themselves being cast in parts jumping a generation, whereas the aging male star blissfully carries on in a smooth progression of roles. I quote you the example of Sally Field, who, although ten years older than Tom Hanks, played the romantic interest that spurned the advances of said male star in “Punchline”, only to appear a mere six years later as his mother in “Forest Gump” !! More recently Laura Dern played Reese Witherspoon’s mother in the 2013 film “Wild” when in terms of their real age difference she should be playing her big sis. Unrealistically, Hollywood continually  casts younger women in older roles… a 32-year-old chief of staff on a hospital show (KaDee Strickland on Private Practice), a 28-year-old mother of a 27-year-old son (Angelina Jolie and Colin Farrell in Alexander).
The world has gone mad, I hear you say, as this has a knock-on effect on the over fifties and beyond as they are deprived of legitimate roles. Even for the octogenarian national treasures it is no longer a shoo-in – jumping a generation Tilda Swinton (52) bagged Angela Lansbury’s role in “Grand Budapest Hotel” – oh no, is nothing sacred ? The mothers and thankless bit parts and the wacky eccentrics fill the over-40’s landscape and more often than not ending up in straight-to-DVD gay themed movies, like Jacqueline Bisset in ”Latter Days” as a savvy mother figure or Jill St John in “The Trip” as the mother of a closet case. Even to a certain extent the great and marvellous Julianne Moore seems to playing more lesbian mothers, long-suffering wives in gay-lite movies such as “The Kids Are All Right” (with Annette Bening, a similar over-40 star) and “A Single Man” 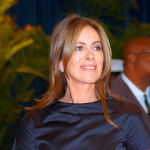 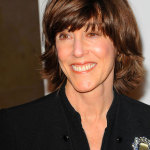 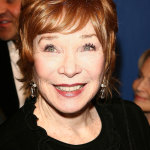 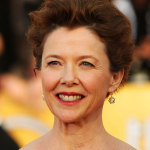 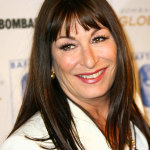 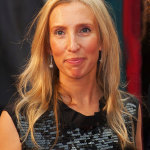 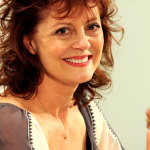 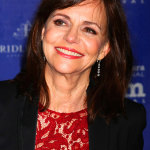 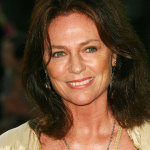 How are women with talent and guts and integrity fighting back at this iniquitous state of affairs? While some feel they have no other option than to succumb to a little help from the plastic surgeon, there are many who, by sheer dint of their personality and their kudos, survive and headline major movies. Meryl Streep and Helen Mirren immediately come to mind; indeed some wags have even said they should give up some of their endless prime roles to let the others have a chance, like Holly Hunter, Susan Sarandon (when did you last see the mighty Sarandon head-lining a movie ?) and what about Annette Bening, for that matter? Others have returned to theatre or guest in major TV series, Shirley Maclaine being conceded a teensy-weensy share of the limelight in “Downton Abbey” where Maggie Smith reigns so imperiously. Others have taken the same attitude that black actors and budding directors took, namely, set up your own production companies, commission strong scripts for leading black men and women, and believe that the strength of the final product will gain recognition and then finally the Hollywood mainstream will have to take notice and start investing some of their vast resources. Anjelica Huston is a case in point – great pedigree in front of the camera turning her success into success behind the camera as producer and director. Sarah Jessica Parker, who Hollywood deems to be ‘past it’ is getting backing for her projects, while Trudie Styler has even co-founded MAVEN, a production company dedicated to promoting female talent. In addition there is now a great pool of fantastic women writers, who are writing juicy lead roles for more mature women actors; Tina Fey (“Saturday Night Live”, “30 Rock”, “Mean Girls”), Kristen Wiig (“Bridesmaids”), Lena Dunham (“Girls”, “Tiny Furniture”) are just a few of the talented ladies winning awards for their  impressive work.
Fans of “Glee” will not be surprised to learn that Jane Lynch, who plays the vicious Sue Sylvester in the series, has long been sticking her neck out and suggesting, via her agent, gender-switching casting –“Can you see a woman in that part?”. And so we have her in “The Fugitive” with Harrison Ford, a role originally written for a man as well as in “The 40 Year Old Virgin” assailing Steve Carell, in a part switched round for her. In addition stars have been made, Anna Gunn at 40 rocketed to fame as Skyler White in “Breaking Bad”, Melissa Leo at 50 won an Oscar in “The Fighter” and Octavia Spencer had a breakthrough at 41 in “The Help”.

And so , slowly but surely, things are changing; Hollywood is creakingly realising that women over 40 and beyond are, surprise, surprise, sexy and attractive and – wait for it – interesting and engaging! Blow me down with a feather! I am not pretending it is all a bed of roses and there is much more work to be done, MUCH more, but we have the amazing sight of The Hollywood Reporter recently running as its cover story the latest finding that nine out of the ten top female earners are women over the age of 37, with Sandra Bullock, at 48, topping the list, with Meryl Streep and Angelina Jolie included. Women are claiming who they are and refusing to be defined by the limited criteria of the crass Tinseltown machine. It will take more time for the playing field to be more even still but gloriously fulfilled mature and talented women are no longer on the touchlines – they are standing up and being counted and invading the pitch!