/ Politics @en / In The Land of the Morning Calm

In The Land of the Morning Calm

As this edition of Dante goes to press the peak of the North Korean crisis seems to have passed. At least we hope it has, since thermonuclear ballistic missile volleys and a renewed ground war on the Korean peninsula seem like a truly poor way to embrace the summer. Thus we trust then you will not be reading this in a fallout shelter. Diplomats, soldiers, intelligence analysts, historians, political scientists and journalists alike are all scratching their heads trying to deduce what motivated North Korea’s leader Kim Jong Un to take his nation into such a heated standoff with the United States and South Korea. It has at times seemed worryingly close to the brink of genuine conflict. Indeed it is notable as one of a handful of such showdowns to cause genuine concern since the ceasefire was signed in 1953 that ended the Korean War, if not its hostilities. 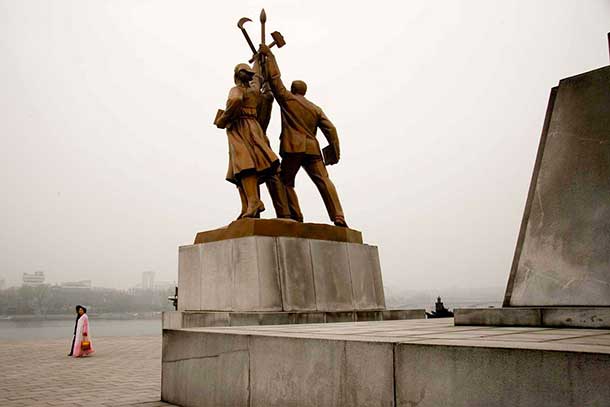 On the Taedong river in Pyongyang.

Despite its comic opera aspects, the rhetoric emanating from Pyongyang has been alarming enough to prompt the defence establishments of the US, South Korea and Japan to remain on full alert, or something close to it. Whether it was a typical North Korean ploy to leverage crisis into renewed aid, a mostly theatrical ploy by Kim Jong Un to show the world that – while he is a largely untested newcomer – he IS a dictator to reckon with, or that a show of strength would save face for the regime and then lead to a more favorable position at the negotiating table for a host of contested issues is anybody’s guess. 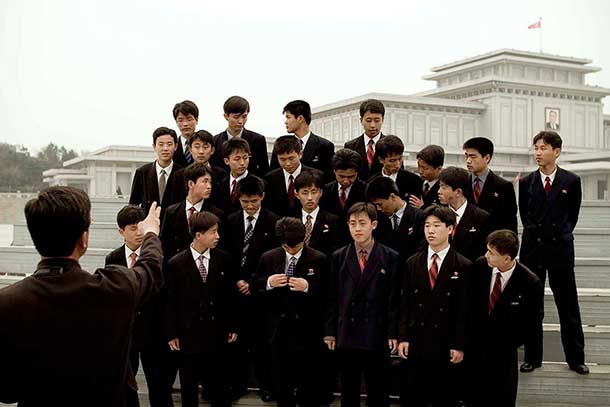 The Kumsusan Palace in Pyongyang is where the mausoleum of Kim Il Sung is located. You must wear a tie to enter.

The railway station in Pyongyang. Some carriages go all the way to Moscow, making the line the longest in the world at 10,214 km. Duration of the journey: 9 days. 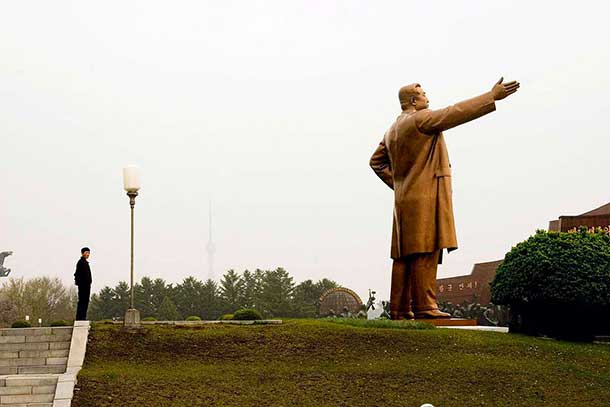 The statue of Kim Il Sung in Pyongyang is 25 metres tall. It is rumoured that it was once completely covered in gold. Chinese leader Deng Xiao Ping was shown the statue on an official visit and commented that it was too ostentatious. The gold covering was later removed.

When famine has repeatedly struck North Korea in the past, there is one school of thought that suggests hunger may be behind the sabre rattling. De-escalating the threat of war is the bargaining chip traded for sorely-needed food supplies from international donors. China, long North Korea’s patron, has been dragging its feet to intervene diplomatically at Washington’s urging. The United States and the People’s Republic of China despite their massive economic relationship are still frequently at odds over security issues, especially in Asia, which is ever more Washington’s primary, long-term strategic focus – multiple crises in the Middle East notwithstanding. Rational realpolitik, however, points to Beijing and Washington thrashing out a behind-the-scenes pragmatic solution with Pyongyang that averts disaster. 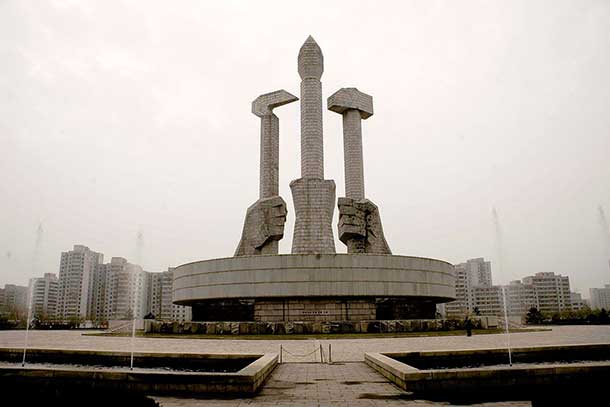 The monument to the Party. The hammer represents the workers, the sickle the peasants, and the brush the intellectuals. 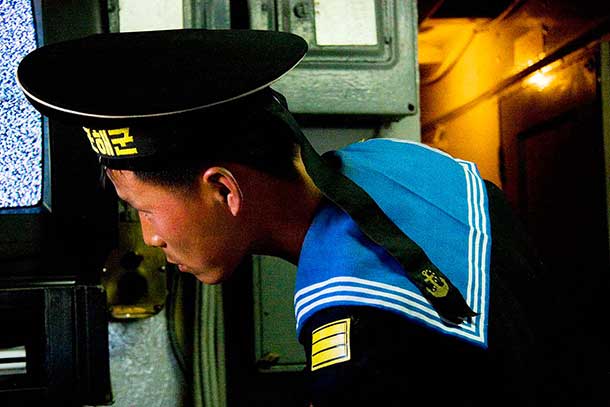 Visitors to the Pueblo, a US ship captured in the 1960s, watch a film documenting the capture. The DVD kept getting stuck, necessitating the help of various attendants. 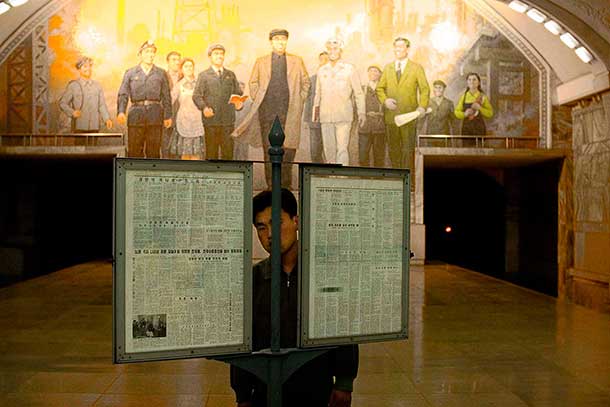 It seems that all the stations in the Pyongyang Metro feature mosaics depicting the
life of Kim Il Sung. Foreigners are allowed to see only one station.

North Korea, alongside Belarus, is one of the world’s last two Stalinist-style totalitarian states – though, while not exactly Switzerland, by contrast to Pyongyang, Alexander Lukashenko’s rogue Eastern European republic seems the gentler of the two police states. But the comparison is apt, as both remain highly secretive, fiercely restricted, almost inaccessible places, largely closed-off to the outside world. This makes media access virtually impossible. North Korea does allow a tiny trickle of tourists to enter on strictly chaperoned official tours. This rare exception to the rule allowed inveterate globetrotter Alfredo Rossi to venture inside the Democratic People’s Republic of Korea for a memorable visit. Despite Alfredo being a capitalist, and despite a state of war officially still existing between the Democratic People’s Republic and the United Nations, we are pleased to report he was neither arrested, tortured, re-educated or eaten during his stay. Now gaze upon a unique look at life on the other side of the 38th Parallel. 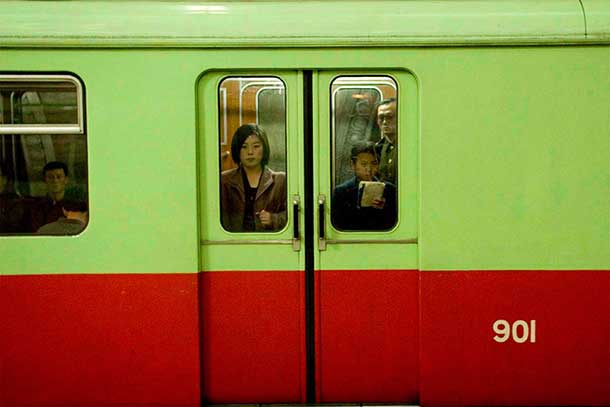 The Pyongyang Metro carriages were formerly used in the East Berlin Metro. 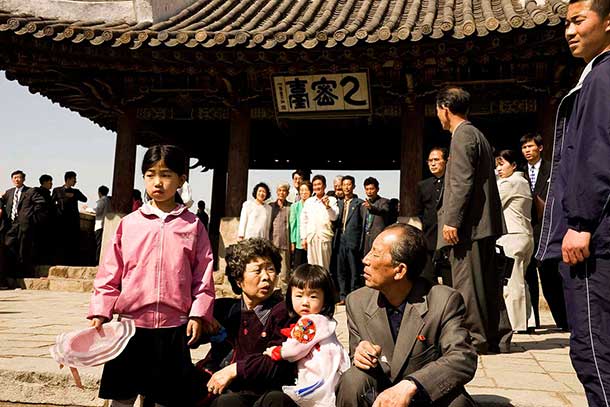 Ancient temples are still being restored 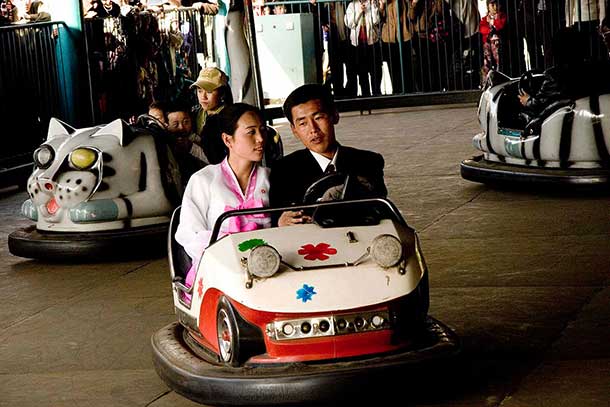 An amusement park in Pyongyang. 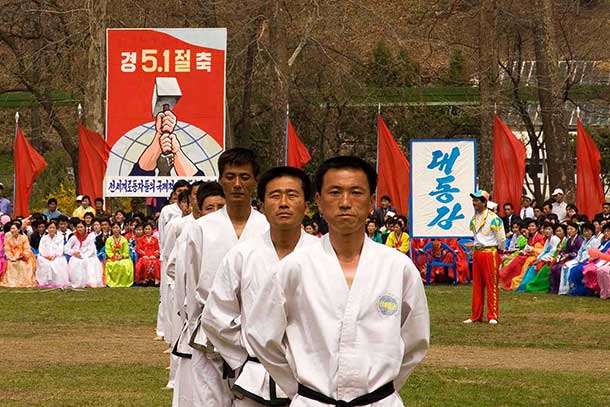 Martial arts performance at the
May Day festivities. 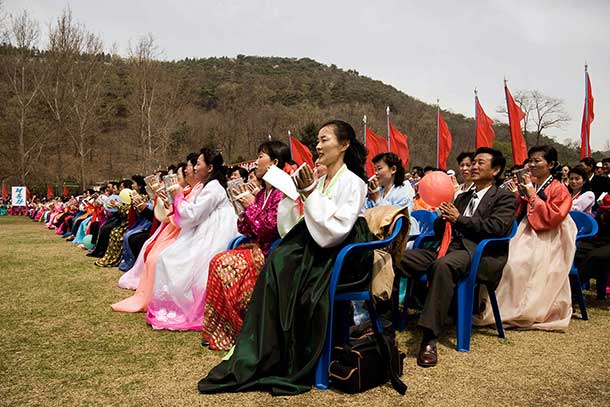 May Day festivities at a Pyongyang park. 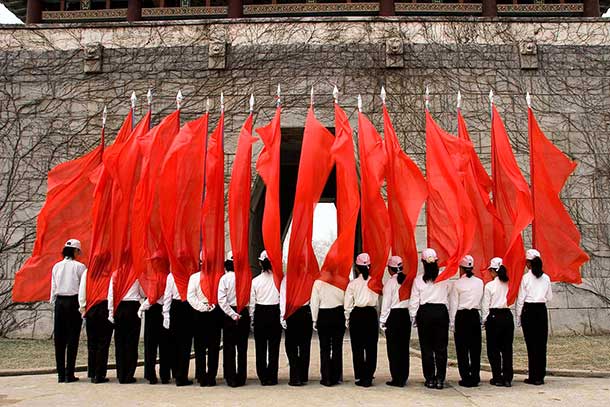 A group exhibition on May Day in Pyongyang. 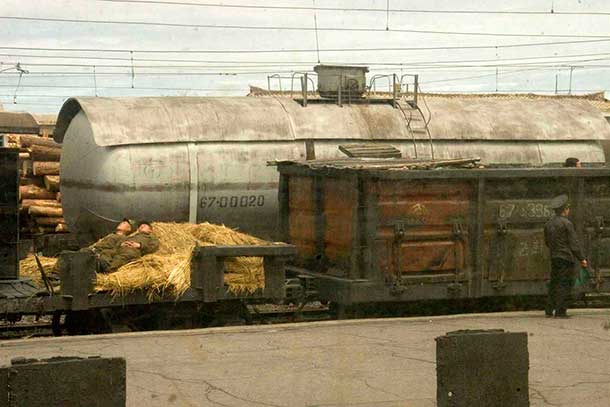