The Organisation for Economic Co-operation and Development, OECD, reported that International trade in counterfeit goods had a net worth of 150 billion euros in 2007. 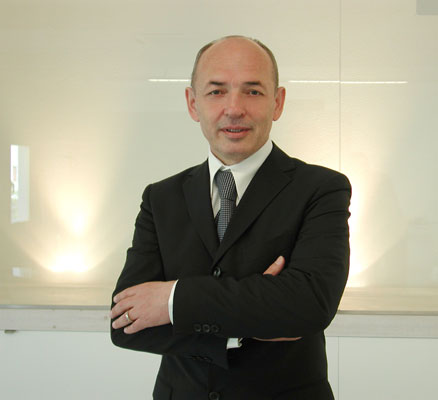 This accounted for approximately 2 % of all global trade. According to a United Nations report, China holds 55% of the market, the United Arab Emirates have 12%, and Taiwan 10%. With distribution supported by local European criminal gangs,

about 60% of the total reaches Italy. But, unfortunately, not all counterfeit goods come from abroad, many are manufactured in Italy.
That’s why Signor Adriano Aere, president of the Italian fashion house IMPERIAL, has decided to seek alternative measures to protect their products.
Before EU directive 98/71/CE, Italian copyright law specified and safeguarded, among other things, works of figurative art and commercial applied goods, wherein the artistic value of the product could be clearly distinguished from its commercial character. The law demanded this differentiation in the concept of any design or decoration used to embellish, in a creative way, any fabric or carpet, and not the material itself.
Previously, reference had been made to fashion and ornamental designs but this law – article 5 of RD 25/8/1140 n 1411 – defined them as ornaments that gave commercial products a specific form in combinations of lines and colours. Therefore, the only safeguard accorded them was by means of an exclusive patent, and that patent depended on the nature, novelty, and originality of the design. However, the most severe sanctions envisaged by copyright law were not applicable.

The creativity and international success of Italian fashion designers have attracted the interest of legal experts who seek to safeguard designers’ labels and goods from increasing illegal imitation, precisely because of their worldwide success. However, in light of the ambiguity inherent in the term ‘original design,’ the EU concluded that there was a need for greater safeguards to be incorporated in copyright law itself, which was initially and principally confined to the art world, so that it would include fashion and ornamental design. As a result of this directive, products of commercial value with creative character and artistic design were added to the non-specific list protected under copyright law.
It is still with great difficulty that individual fashion house’s original designs are included on the list, even after the aforementioned modification. In fact, it is well nigh impossible to apply this to specific types of fashion resulting from research and experimentation, such as haute couture. As is the case for prêt-a-porter and other more commercial clothing lines, which are targeted by counterfeiters because of their enormous profit. As a result, original designs in these sectors are still only protected by patent.
This means that the commercial designs of fashion houses can only acquire maximum protection if they have been patented. It was precisely this that was demonstrated in an interesting judgement handed down by a Prato court (near Florence), regarding the well-known IMPERIAL clothing label from Bologna with its annual turnover of a hundred million euros, whose designs had been illegally copied.
The Prato court condemned the behaviour of those who profited from selling these goods. The accused were identified as the owners of a Chinese company based in Macrolotto, the Prato industrial park. The facts of the case go back to 2008. IMPERIAL, following a tip-off from some of its own customers, discovered that items of clothing identical to their original designs (albeit made with inferior materials) were being sold at market stalls at cut-down prices. What is unprecedented about this ruling is that the confiscated items did not have an “IMPERIAL” label. The intention of the ruling, therefore, was to condemn not the illegal copying of the label, but imitation of original patented design.
Antonio Maria Costa, former Secretary-General of the European Bank for Reconstruction and Development (EBRD), said: “There are a dramatic number of counterfeits in manufacturing, when we climb on a plane there is a risk that some parts have been pirated and therefore don’t meet specifications.”

The EU and China discussed restricting shipments of fraudulent goods. As recently as 2009, Chinese customs officials seized 450 million euros of counterfeit products; almost double the number of 2008. This is still a small number compared to the 769 billion euros in Chinese goods that the 27–nation bloc imported that same year, according to Eurostat. But it is still significant, when considering that this accounts for 250,000 lost jobs in Europe.

People buying an item of clothing, more often than not, and especially if they are attracted by the illusion of a bargain, lose sight of how much behind-the-scenes investment has gone into that product, in terms of research and development, and how many people are legally and locally engaged in bringing the product into existence. Fashion is forced to create products with incredible speed in the face of worldwide demand and increasingly cut-throat competition, with new “brands” launched almost daily. This urgency risks letting die out what for years has been the main driving force behind the Italian economy: original design.
In the absence of any future directive that might restrict the counterfeiting of original designs, taking a patent out on them, as IMPERIAL very wisely did, was a pioneering and winning move. The Prato court judgement has only confirmed how effective patents are.