Gadaffi loses but who wins?

Gadaffi loses but who wins?

As the dust of Libya’s uprising begins to settle, the view of the situation becomes increasingly clear–clear as mud, that is. Nigel Parsons limns some of the complexity that perhaps NATO and the West should have tried to puzzle out in the first place. 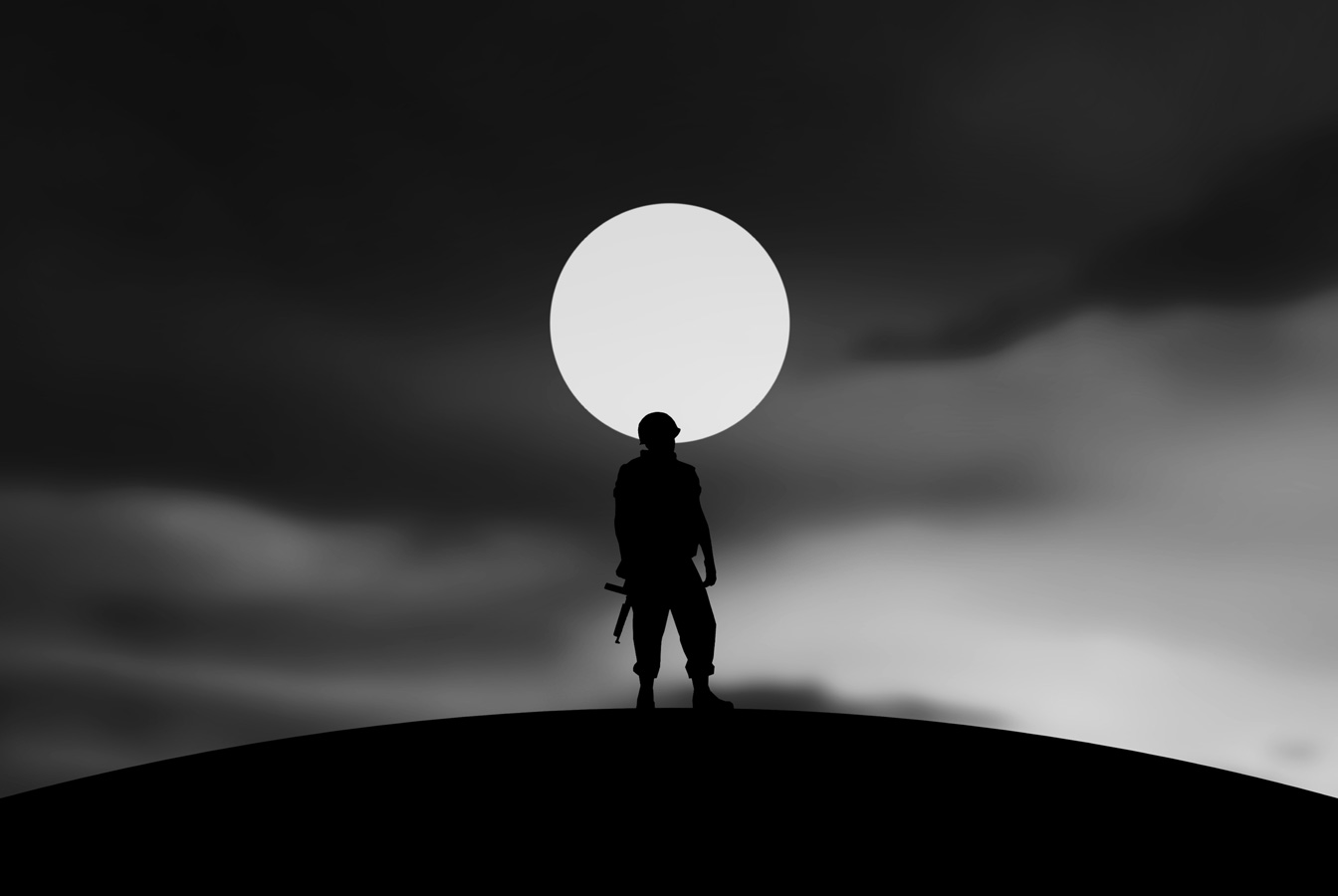 There will, of course, be no shortage of people celebrating the end of Colonel Muammar Gaddafi’s 42-year dictatorship in Libya.

The families of the 270 victims of the 1988 Lockerbie bombing will no doubt argue that he had it coming, as probably will the relatives of unarmed PC Yvonne Fletcher, gunned down outside the Libyan embassy in London as she monitored a minor anti-Gaddafi demonstration in 1984.  Not to mention the countless victims of Gaddafi’s iron rule within Libya itself.  And they’d be right.

But while Western leaders were quick to embark on an unseemly scramble to claim the credit for Gaddafi’s demise–British Prime Minister David Cameron, President Nicolas Sarkozy of France, and even President Barak Obama all sought to elbow their way into the limelight–it is easy to forget the recent, murky relations these and other Western countries enjoyed with the Colonel.  “Double standard” doesn’t even begin to describe it.

It is a tough call to predict where Libya is now headed, and equally difficult to perceive just who the NATO powers thought they were backing in the Eastern rebels based in Benghazi, with their so-called Transitional National Council (TNC).

Two years ago it all looked so different.  As then-British Prime Minister Tony Blair and former U.S. President George W. Bush cozied up to Gaddafi after he offered to help in the fight against Al-Qaeda (not least because he feared his own Islamic rebels), the Colonel must have felt assured of seeing out his days in power.

In June 2009, the self-styled “Lion of the Desert”, was feted in Italy by Prime Minister Silvio Berlusconi, who was the Libyan leader’s strongest EU ally –that is, until Berlusconi quickly changed sides once the NATO bombing campaign got underway.  It was Gaddafi’s first visit to Libya’s former colonial ruler since he had seized power 40 years earlier. During his stay in Italy he even managed to outshine the Italian leader in surrounding himself with beautiful women.  Two hundred carefully screened women under 35 years old and over 1.7 metres tall (as stipulated by the hiring agency) were paid €50 each to listen to a 2-hour lecture on women’s rights and Islam.

Libya opened its doors to foreign investment.  My first visit was in mid-2010, when I boarded a British Airways flight to Tripoli to look at a proposal to modernise Libyan state television.  To cope with the new demand, BA had laid on a second daily flight to the Libyan capital.  Every time I went, the aircraft were packed with oil workers from Aberdeen, agricultural machine sellers from the Midlands, construction consultants, and all manner of other carpetbaggers looking to get a slice of the action.

Tripoli itself was a revelation.  Yes, it was a dictatorship.  Yes, there was evidence of moral and financial corruption at every turn.  Pictures of the Great Leader hung from lampposts every 50 metres or so.  His presence was everywhere.  The first time I mentioned him–in a taxi–I was quickly warned not ever to refer to him by name again.  There were spies everywhere, it was explained, better just to refer to “Him”, or “the Man”. 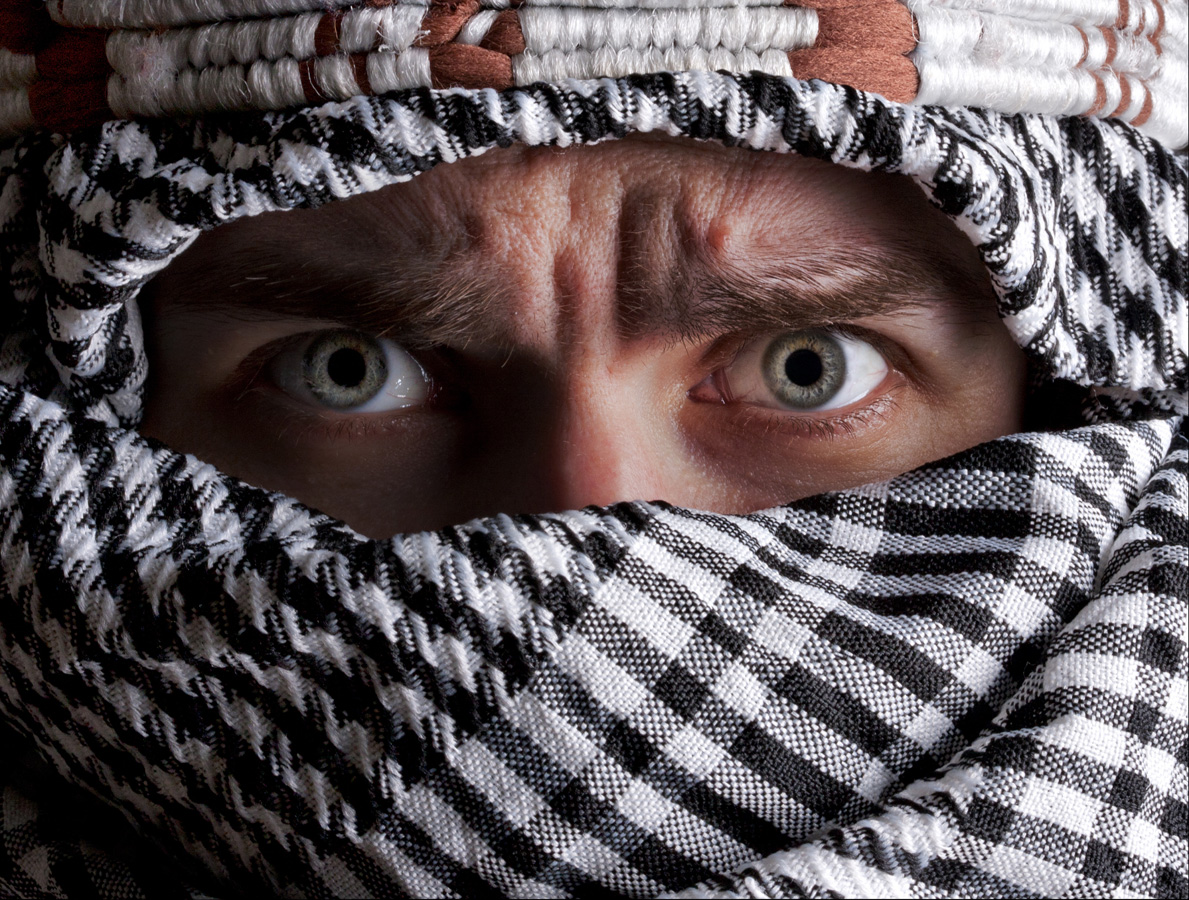 And yet, and yet. . . .  It felt safe to walk around the streets. The old souk off Green Square was a wonder–winding alleyways where tinsmiths carried out their age-old work by hand, where trickles of the first tourists could peruse at leisure the myriad stalls, manned by vendors who, though friendly and courteous, never harassed their potential customers in the way of most Middle Eastern and North African souks. For the more adventurous, in the desert east of the city, lay the spectacular and unspoiled Roman ruins of Leptis Magna.

I walked in astonishment along streets with the latest boutiques and fashions, boasting shops that included the recently opened new Marks and Spencer’s and British Home Stores (BHS).  Women were free to work and dress as they liked, unlike, for example, in the Gulf states.  I learned of the huge social and economic gains that had been made since the revolution, thanks to Libya’s vast oil revenues.  Life expectancy was in the seventies. Per capita income hovered around $12,000 a year according to the World Bank, while homelessness and illiteracy had been all but wiped out since the monarchy had been abolished.

I discovered a people who were open and friendly, eager for information about the outside world.  In cafes, it was easy to strike up conversations on almost any subject except politics.  And all the time, when we parted, there were words to the effect of “make sure you come back to Libya,” and “you are always welcome here.”

If only they’d realised how we would “come back”.

Since the end of March, when NATO took over control of operations from the U.S., approximately 8,500 air strikes were carried out.  No one knows how many civilians died in these attacks, originally designed to save civilian lives.  The British government, which originally estimated the cost of the conflict to the British taxpayer in the “tens of millions” of pounds, has admitted that the true cost is in the hundreds of millions.  The same will be true for other participants.

NATO was set up after World War II as a collective defensive organisation in response to fears of a possible Soviet expansion into Western Europe.  An attack or threat to one member was to be perceived as a threat to all.  Since when was it turned into an attack dog, to be used against any regime that takes our collective governments’ fancy?  Gaddafi may have been a deeply unpleasant dictator–though not in the same league of savagery as Saddam Hussein–but he was no threat to NATO members.

Why was France, so pacifist over Iraq, suddenly so keen to take the lead in Libya–to the extent of annoying other NATO members when French warplanes carried out sorties in advance of other alliance members?  Word on the street in Tripoli was that French oil giant Total had been on the verge of losing out on a huge new contract to the Chinese, who had abstained on the UN vote to use force against Gaddafi.

Of course, as the bombing got under way, NATO was quick to emphasise the support of the Arab League.  Oh, that democratic organisation, run by unelected despots and autocrats from the Arabian Gulf to North Africa.  Most had lost patience with Gaddafi and no love was lost on either side, but maybe they too should have been more careful about what they wished for.

Whatever the eventual truths, certainly the Libyan rebels themselves admit that without the decisive role of NATO, their uprising wouldn’t have stood a chance.

Yet now the dust is settling, who exactly are these rebels?  In what way is the Benghazi-dominated TNC able to represent the country as a whole?  How could Western governments, so quick to wage war in the name of “democracy”, rush to recognise an unelected, rag-tag bunch of rebels in Benghazi, who only represent a few of the country’s tribes, as a legitimate government?

Because Libya is nothing, if not tribal.  More than anywhere else in the region, the tribal system remains a fundamental part of Libyan society.  Libya is a young state, founded only in 1951, and for most people allegiance to the tribe continues to outweigh their national identity.  Most Libyan surnames carry the tribal name, which makes the question of a identifying tribal allegiance as simple as knowing someone’s name..  Colonel Gaddafi, for example, came from the Gaddafa tribe.

There are at least 140 known tribes in Libya, with hundreds of sub-tribes.  These range from the Western tribes, where the largest tribal group, the Warfallah, number around one-million people, to the Central tribes and the Eastern clans.  Few have much love for the others.  In addition there are the long marginalised Berbers from the mountains south-west of Tripoli, who became one of the most effective fighting groups of the rebellion, and who were amongst the first to force their way into Tripoli–a contribution they will expect to see recognised in any new distribution of power.

An illustration of the difficulties likely to face any future administration came even before the fall of Tripoli with the assassination of the rebel commander Abdul Fatah Younnis and two of his bodyguards after he had been summoned to Benghazi by the TNC.  Younnis, the once powerful interior minister under Gaddafi, defected to the rebels in February 2011.  He was a member of another of the country’s larger tribes, the Obeidis.  Ominously the Obeidis rejected the idea of a TNC investigation into the murders, vowing instead that their tribe would see  “justice”.

Elsewhere, the Misrati factions–Misratans and Tawerghans–were reported to be at each other’s throats throughout the conflict. Meanwhile the Zintans of Western Libya were said to have only joined the revolution so they could take up arms against the pro-Gaddafi Mashashiya tribe in order to settle old scores, not to fight against Gaddafi’s forces in general. 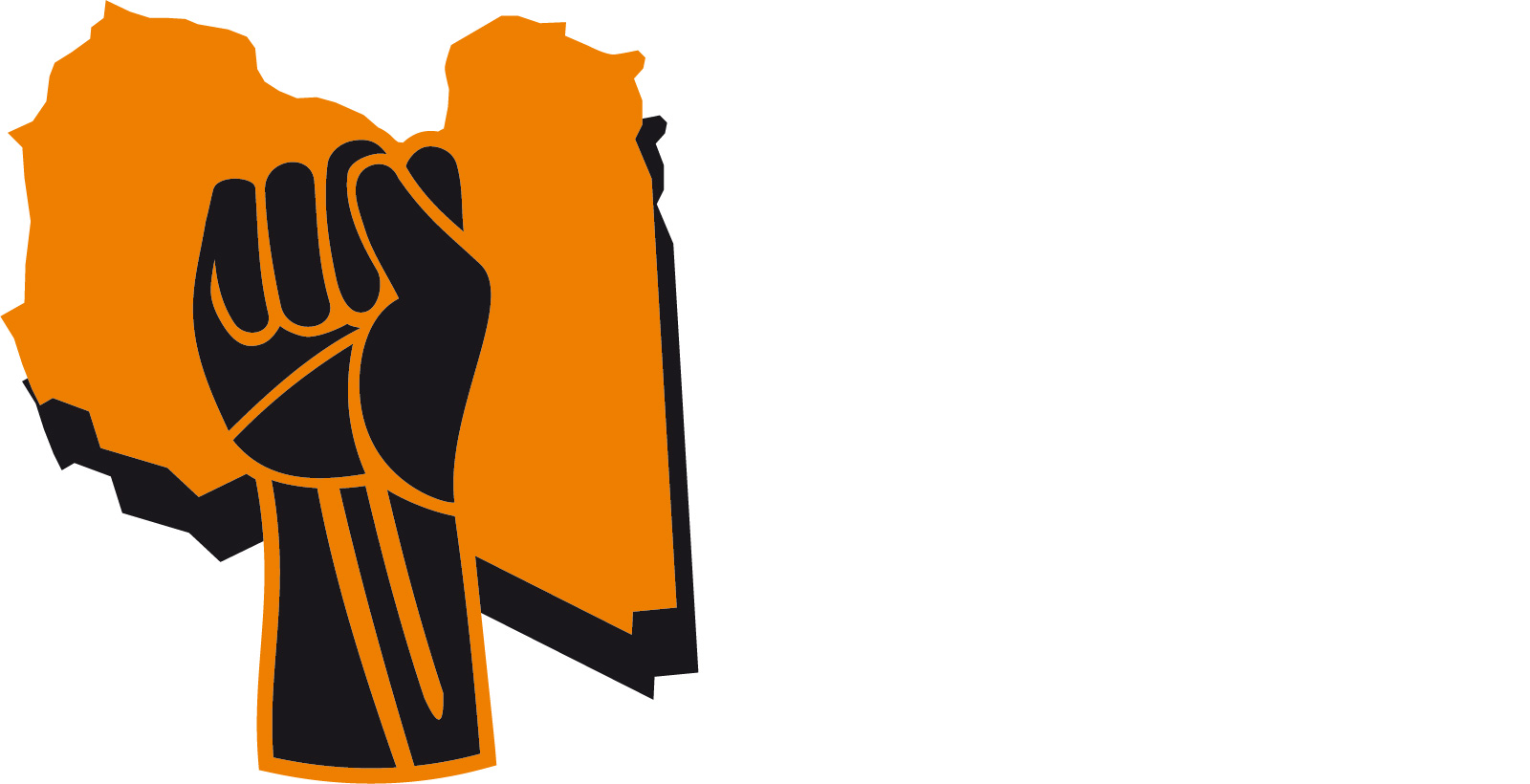 And so it goes on.  Across the country, we can expect the tribes who benefited under Gaddafi to face a backlash from those who suffered.

Add to the mix the likely role of Libya’s repressed Islamic radicals, and you have a truly volatile cocktail.  The TNC’s draft constitution is quite clear that Islamic law will be the base of any future legislation.  The rebel leader Abdul Jalil claimed his forces started their attack on Tripoli on the 20th day of Ramadan, to mark the historic battle of Badr, when Muslims fought for the holy city of Mecca in AD 624.  Is this something that augurs well for the establishment of a secular, liberal Libya in the future?

As in Egypt, the euphoria of the Western media and governments over their Libyan “victory” could prove to be short-lived.  Nearly a year after the start of the so-called “Arab Spring”, Egypt remains authoritarian as ever.

The West’s nightmare is that they could end up having to deal with a pro-Islamist tribal council in place of Gaddafi–or worse, having to send in peacekeepers to keep the warring factions apart.

And while we watch from the sidelines, hoping the dust will settle and wishing against the odds for a stable and democratic Libya, let’s not forget the still restless Shiites of Bahrain, or the huge sections of marginalised members of Saudi Arabia’s population, or Syria, or Yemen, or even the autocratic Gulf states.

Amid the uncertainties, only one thing is sure:  as with the fall of Saddam Hussein, the end of Muammar Gaddafi’s tyranny is not the end of the revolution. It will be some time yet before we know who the real winners are.